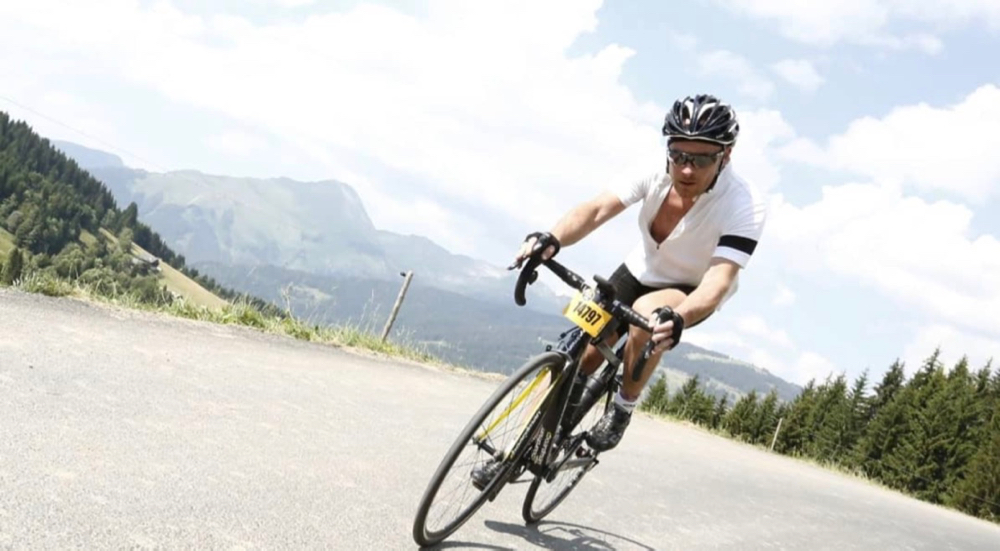 12 QUESTIONS ONLY TO…
IAN

Ian, 45 years old, lives in London and develops old properties. His interest in vintage watches began after buying a 1968 OMEGA Chronostop. He then discovered Omega Forum and bought the MOONWATCH ONLY book, the damage was done.

His main focus is now OMEGA Speedmasters, Seamasters and diver watches from the 60s and 70s, especially ROLEX and SEIKO. When he’s not looking at watches he tries to keep fit by running and cycling.

I have to mention two. The first watch I remember wearing was a digital CASIO, and I was probably 8 or 9 years old. It was very basic but it told me the time, it bleeped, and it had a light. For those 3 reasons I thought it was quite amazing.

My first analogue watch was a SWATCH Jellyfish. When I got to 12 or 13 I remember thinking it was important to have a ‘proper’ watch, one with hands!

I still have the SWATCH Jellyfish to this day. Unfortunately the buckle has broken and the battery cavity has cracked, otherwise I would still wear it. 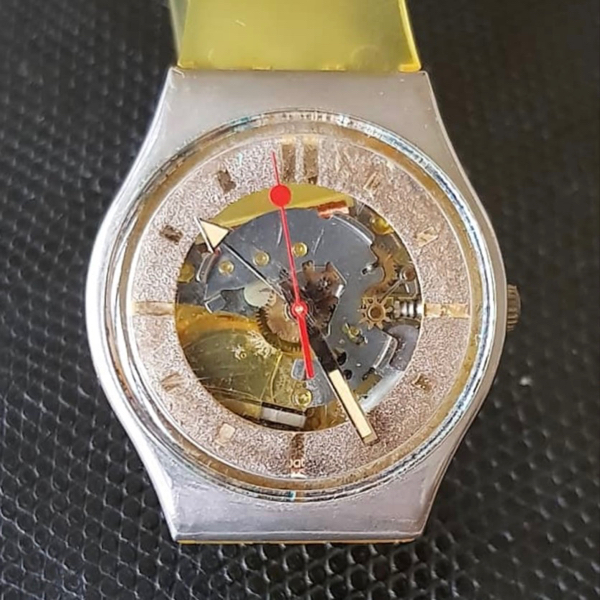 For me it has to be the OMEGA Speedmaster, the ROLEX Daytona, and the ROLEX Submariner. The space watch, the racing watch and the diving watch.

A friend of mine asked if I could help him evaluate a watch that he was considering buying. He knew I loved Speedmasters and said the watch was a 105.003, I was immediately interested.

A few weeks later we were sitting in a motorway service station, waiting for the seller to arrive. As soon as I saw the watch and heard the story, I knew it was special. A one owner ‘Ed White’ from the United Kingdom. An almost perfect dial, sharp fat lugs, and a correctly dated 7912 with the original number 6 end links. I gave him the signal to buy it, and the deal was done. Five minutes later I offered him 30% more than he paid for it, I had brought the cash with me. He said no, he was going to keep it it for a while.

I pestered him for the next few weeks but it seemed the watch wasn’t for sale, I began to forget about the beautiful Ed White I had seen in the service station.

Three months later I received a text, “if you still want to buy the Speedmaster you can have it”. Several hours later I had completed the 250 mile round trip, and the watch was mine…it was on my wrist at last! It is one of my favourite Speedmasters and is one I would never sell. 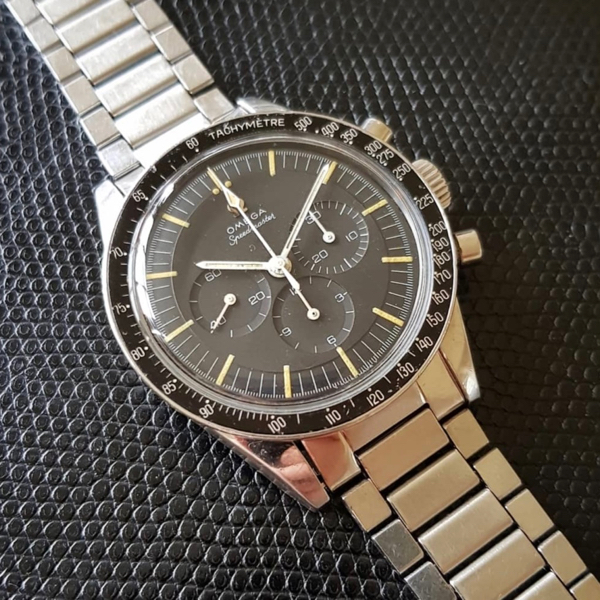 My taste in watches has changed drastically in the last 5-10 years. I am now a vintage guy.

I worked in finance for 25 years and became bored with seeing the same modern watches everywhere I looked. I enjoy knowing that unless I visit the ‘Time For A Pint’ get togethers, I am very unlikely to sit next to someone wearing a premoon Speedmaster, or a 60 year old Seamaster for example. Every vintage watch has a story, and that is something modern watches just don’t have. I still have a few modern watches, but these now only seem get worn when i go on holiday.

Collecting vintage watches has also opened up a whole new community I never knew existed. I have gained many good friends on this journey. Friends I speak to all the time. Without their help my collection would be a different story, and for that I am grateful. 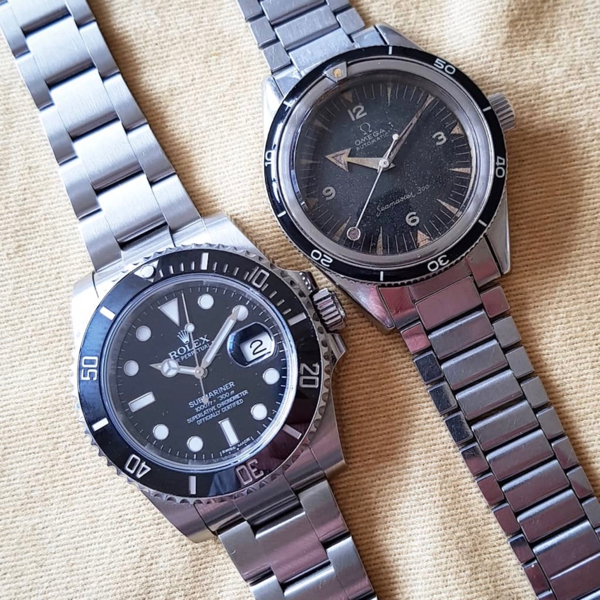 If it’s one I own it would have to be my 2998. There is just something special about alpha hands.

If it’s one I don’t own then that’s an original Apollo Soyuz from 1976, 5.5 mm pushers, OMEGA extract and box and papers. A little greedy I know, but a boy can dream! 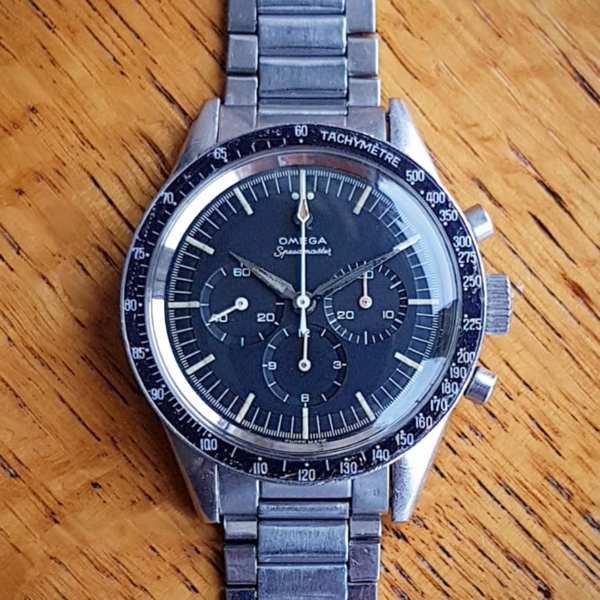 A very large telescope so I could check everything was ok at home.

It would be a sports car, a Rosso Red Ferrari F40 would be the first of many.

I would travel back to a hot summers day in the mid 1980s.

I would go to school, I would visit my grandparents, I would take my dog for a walk, and then I would ride my Skyway BMX. All things I miss doing now.

Yes I am guilty of this. I often look at my watch for several minutes and still don’t know what time it is. I have a brown dial ’69 145.022 that often makes me late. 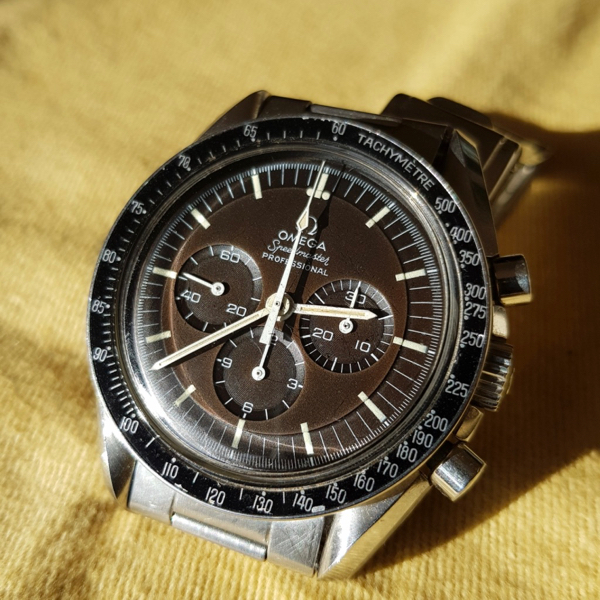 I bought a SEIKO Black Turtle SRPC49 last week . It’s the first brand new watch I have bought in years, but I couldn’t resist it. I have a thing for vintage SEIKO dive watches from the ’60s and 70s, so it was an easy decision. 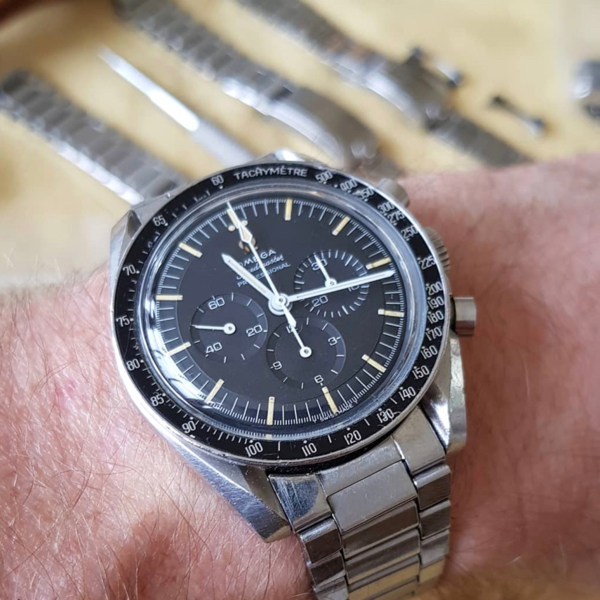