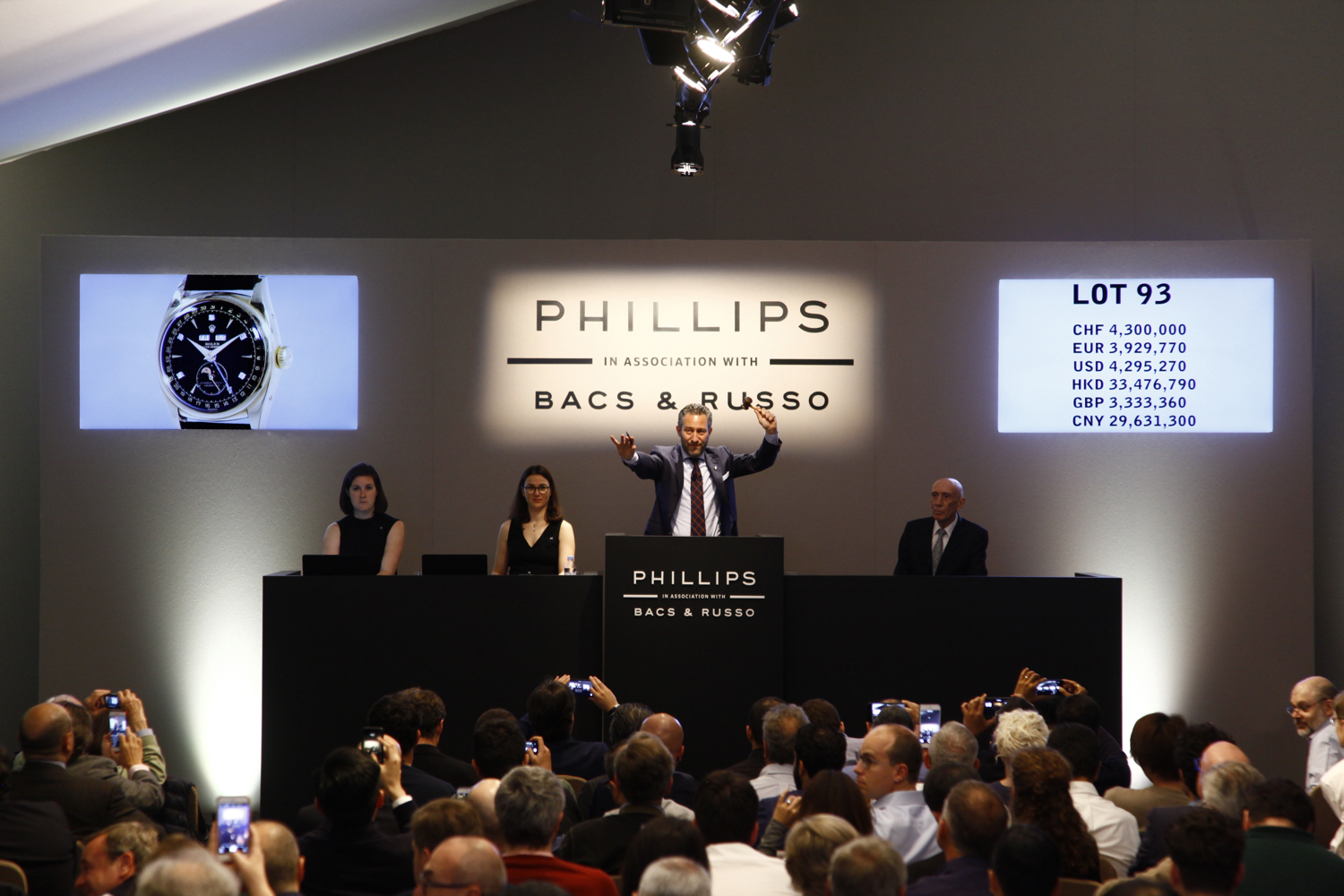 12 QUESTIONS ONLY TO…
AUREL BACS

With over 20 years of professional experience in the field of collectors’ watches, Aurel Bacs is an internationally recognized leading specialist in the market.

In 1995, towards the end of his studies of law and business, he chose to convert his lifelong passion and hobby into a profession when joining Sotheby’s as their department specialist in Geneva. In 2001, Mr. Bacs partnered with Simon de Pury and Daniella Luxembourg to become their International Head of Watches for their newly created auction house Phillips, de Pury & Luxembourg.

Following that, Mr. Bacs has headed for a decade the international watch department at Christie’s. During his tenure, he oversaw an unprecedented growth for the firm, raising the department’s annual turnover from US$ 8 million to over US$ 130 million.

The only quadri-lingual auctioneer in this highly specialized market, Mr. Bacs has achieved more auction records than any other auctioneer in recent years, be it for individual watches or for entire collections.

Today, Mr. Bacs is an independent advisor in the field of high-end collectors’ watches and co-founder of Bacs & Russo SA. In this capacity, he is partnering with Phillips as exclusive consultant for their watch department, which, since its launch in 2015, has become the undisputed worldwide market leader. Under his leadership, Phillips has established numerous world records, including the highest price ever achieved for any wristwatch sold at auction, the steel PATEK PHILIPPE reference 1518 (November 2016 for CHF 11 million) as well as the world-record for a ROLEX watch, the gold reference 6062 “Bao Dai” originally owned by the Last Emperor of Vietnam (May 2017 for over CHF 5 million).

He serves as the president of the jury of the prestigious GPHG (Grand Prix d’Horlogerie de Geneve) and is a permanent member of the cultural council of the Fondation de la Haute Horlogerie.

My first watch or my first real watch?

When I was about 12 years old my parents announced me that I was now at the age to receive my first proper watch. Whereas they had a classic mechanical Swiss watch in mind, I was instead dreaming of a CASIO calculator model. I eventually won the negotiations but regretted it dearly after a few weeks when it stopped working. Thankfully, my parents gave me a second chance and my first real watch became an automatic IWC.

PS: Did you really think I could limit myself out to 3??? 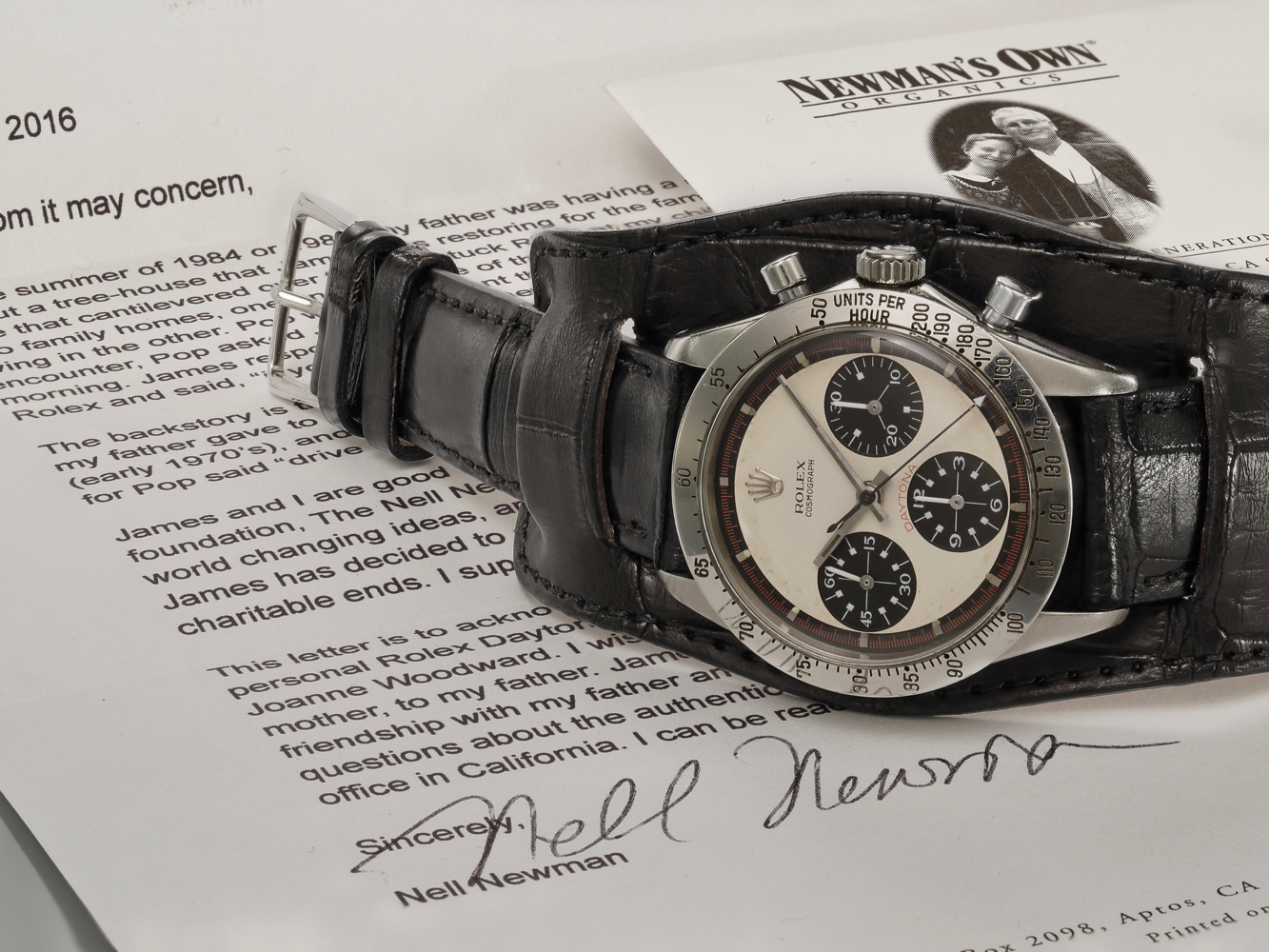 Ouf there are too many… but one that says a lot about my relationship with watches is about my stainless steel PATEK PHILIPPE Ref. 2508. When I was about 16 years old and already deeply into vintage watches, I spotted a steel PATEK PHILIPPE, the first I ever saw. I knew that I wanted it because it wasn’t so gentlemanly precious and elegant as the gold version. Thankfully, also the asking price was less than the gold version would have cost (from memory the asking price was around 2’600 CHF). No way I could afford this so I asked my parents for a loan. They thought I was out of mind but agreed to advance this amount under the condition that the watch would remain in the vault until I paid back the entire amount. It took me about 2 ½ years and when I settled the last installment I was finally allowed to wear it. I still own the watch and cannot imagine ever parting with it. 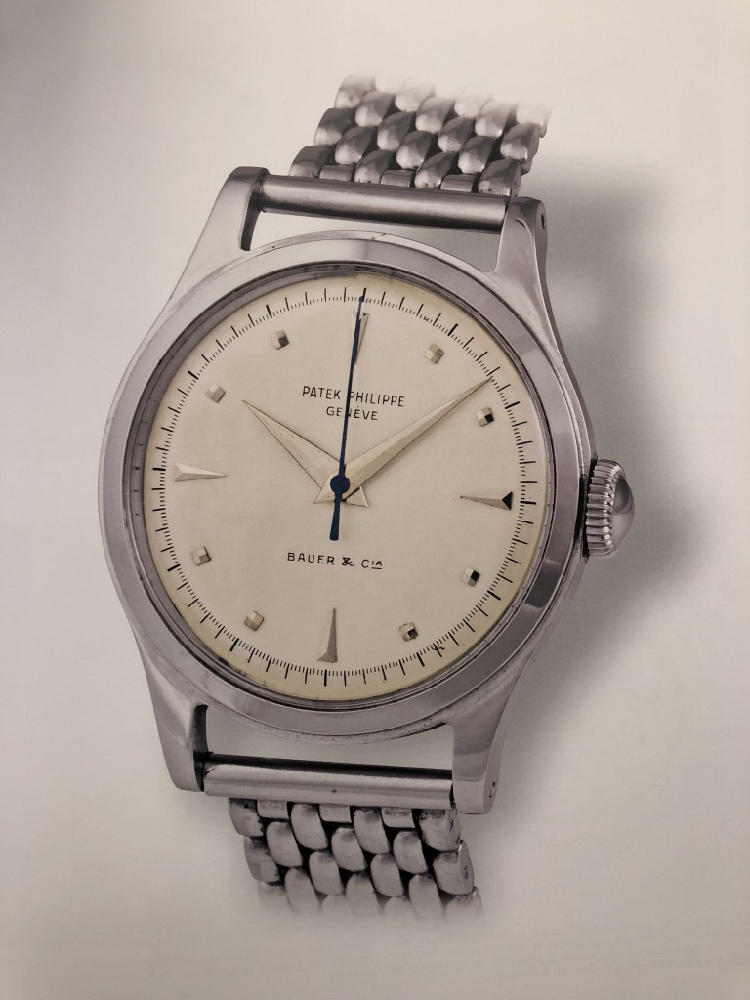 My personal watches are 90% vintage and 10% modern.

I love Speedmasters because they are no nonsense, straight to the point similar to how Swiss Germans are.

Well, if you give me the choice, I would take a reference 2915/1 Broad Arrow. But please may I have it in all original and close to mint condition?

A vintage wristwatch or my iPhone.

Depends on how big is the jackpot.

After having checked the weather forecast, Capri!

Probably 10 times a day to tell the time and another 50 times because I love looking at it.

A reference 3700 Nautilus. Another one… I know!

My ROLEX Daytona ref. 6263 that my wife Livia offered me in 2013 on my birthday, a few weeks before the LESSON ONE DAYTONA auction and shortly before we started our sabbatical year. It has a beautiful presentation inscription! 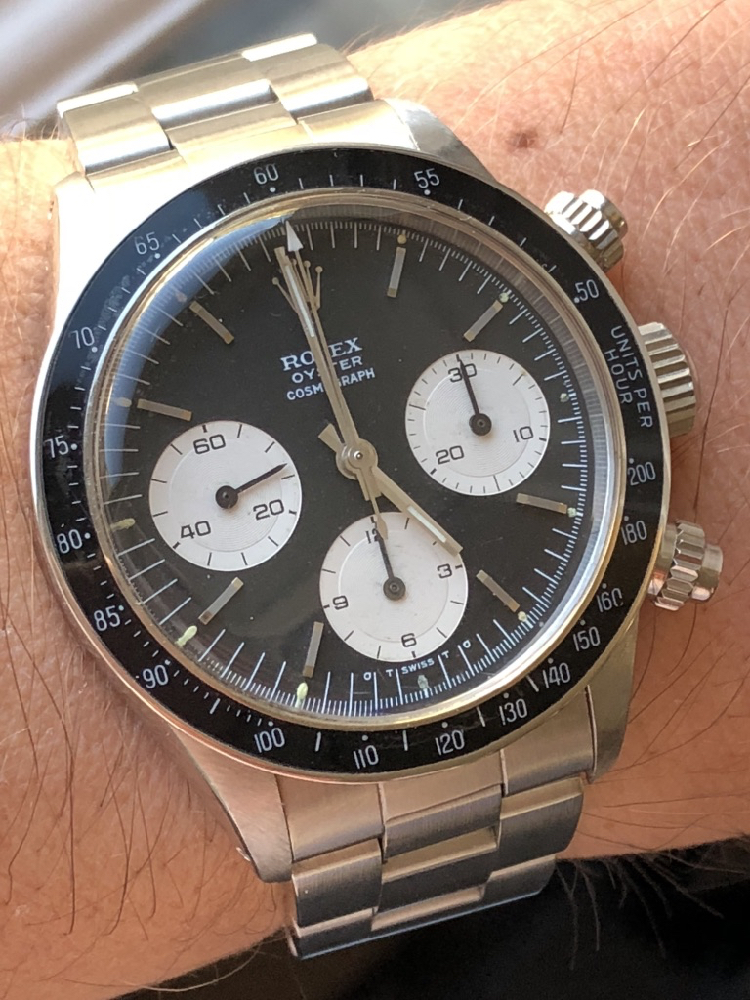