12 QUESTIONS ONLY TO…
DAVY SARDOU

Davy Sardou is a French actor. He is the son of singer Michel Sardou, the grandson of actors Jackie Sardou and Fernand Sardou, and the brother of French novelist Romain Sardou. Davy studied acting at the Lee Strasberg Institute in New York, starred in several off-Broadway plays before returning to Paris in 2001. He was nominated for a Molière (the French equivalent of the Tony Awards) in 2011 for his role in “Le Nombril”, and won the Molière for “Best Supporting Actor” in 2014 for his role in “L’affrontement”.

Davy is a real passionate of watches. He started collecting watches about 10 years ago, and has a deep appreciation for nice calibers, beautiful designs, and historical models. He has developed his own taste and does not always follow the current trends, which is probably the best way to approach this passion.

My first watch was given to me by my dad when I was 25, it was a Speedmaster Moonwatch Professional from 1983. At the time I didn’t know anything about watches and made the mistake of diving in the pool with it. I brought it to a watchmaker and when he opened the caseback I discovered the wonderful world of watchmaking.

In my opinion the three most iconic watches are the OMEGA Speedmaster, the ROLEX Daytona, and the JLC Reverso, for obvious reasons. But the list can go on, with the AUDEMARS PIGUET Royal Oak, the Tank by CARTIER, the PATEK PHILIPPE Nautilus…

I remember buying my first watch, for my 30th birthday, I searched for many weeks the watch I wanted and finally decided on an IWC Aquatimer Chronograph. I went to a retail store that I knew and bought the watch in 2 minutes. The store manager told me he had never had a client buying a watch so quickly… I told him he was wrong: actually it took me four months to buy it!

I’m definitely a modern watch guy, I never bought a vintage watch (yet). I love the neo-vintage trend that has been going on for the last few years. The respect of traditional design with the manufacture techniques of modern technology are in my opinion the best of both worlds. I would love to see more brands, BREITLING maybe, and why not ROLEX (you may say I’m a dreamer, but I’m not the only one…;) ), dig into their archives and bring back modern versions of their classic models like OMEGA did with the trilogy, or ORIS with the Sixty-Five. Eventually I guess my love of watches will bring me someday to buy a vintage watch. I’ll let you know which one! 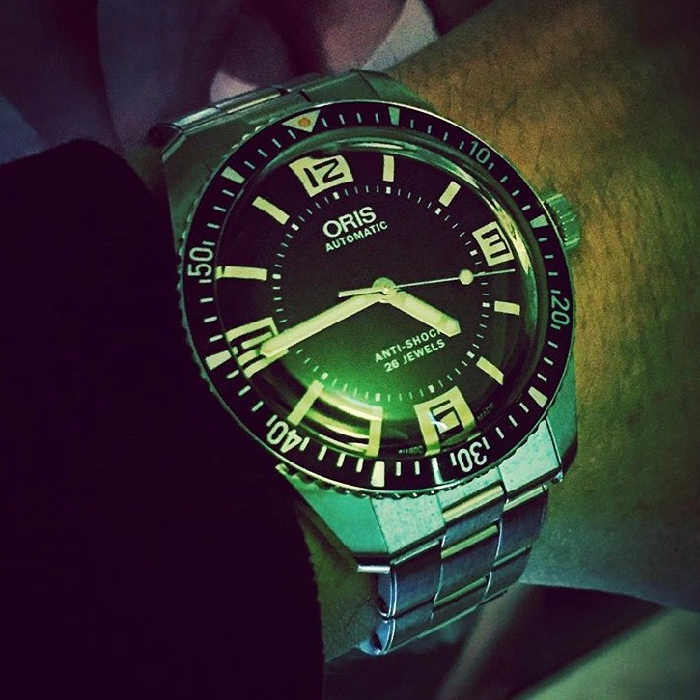 I love Speedmasters because it is probably the only watch that brings together everything I love about watches. A beautiful dial, a functional watch (a tool watch), a wonderful movement, a case that has the perfect proportions, an amazing story (NASA certified, moonwatch, etc…), and not to be forgotten reasonably priced.

My favourite Speedmaster is the first one, the CK 2915. Because I don’t have the money to buy an original one from 1957, OMEGA had the wonderful idea to bring back an almost identical piece for its 60th Anniversary… 😉 And I bought it immediately! I love the hands, the dial, the case, everything about that watch is beautiful. I guess the only thing I could regret is that they could have made a replica of the original movement as well, but… nobody’s perfect! 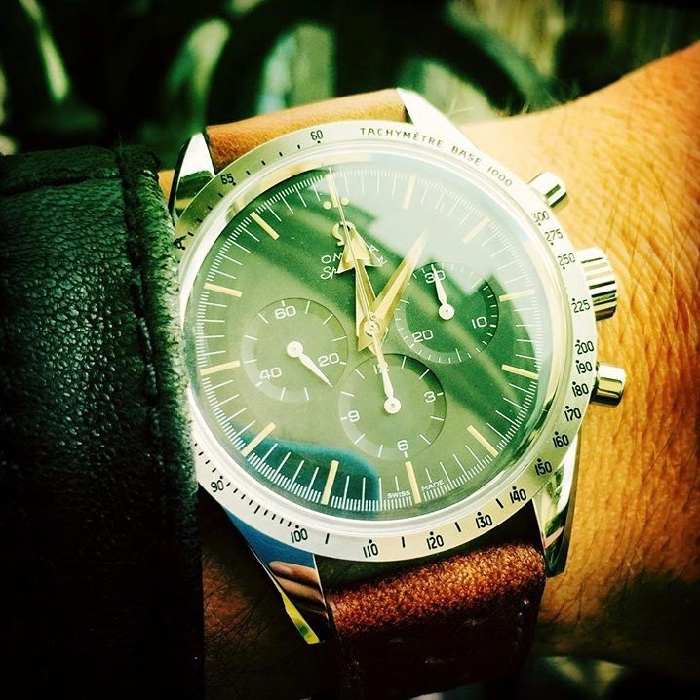 I guess I would bring my phone, to call my friends and family, but I doubt there’s coverage on the moon !! So maybe I would bring a telescope… to look at the earth.

First, I buy the sports car, and then I drive it to go to the bank!

On a quiet sandy beach, bathing under the sun, with my wife and daughter, with a mojito in one hand and a Cuban cigar in the other.

I don’t know, it depends on the day I’m having I guess. Probably a dozen times, but if I’m wearing a new watch you can multiply that by ten.

It is a BALTIC Bi-Compax with a cream dial. This affordable watch, with a great vintage inspired step-case, has everything I like, and to top it all the watches are assembled in France. A reminder that you don’t have to pay thousands of euros to get a nice watch. 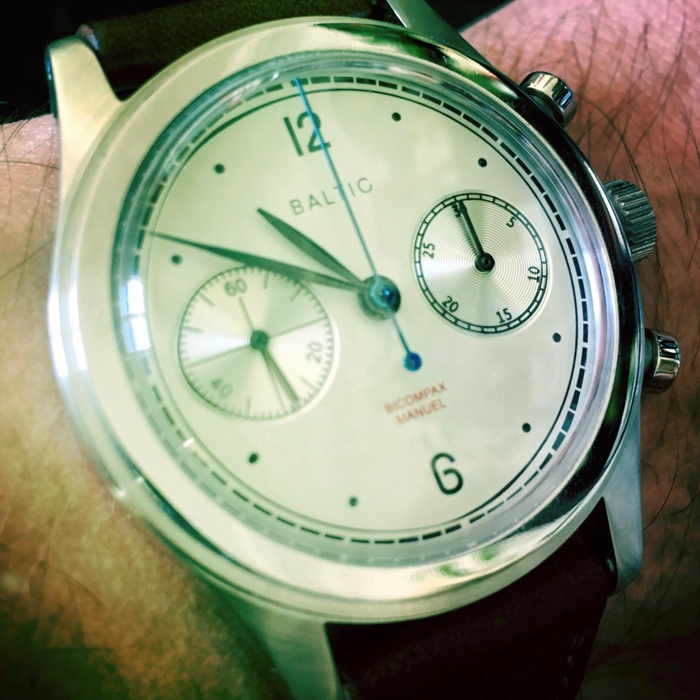 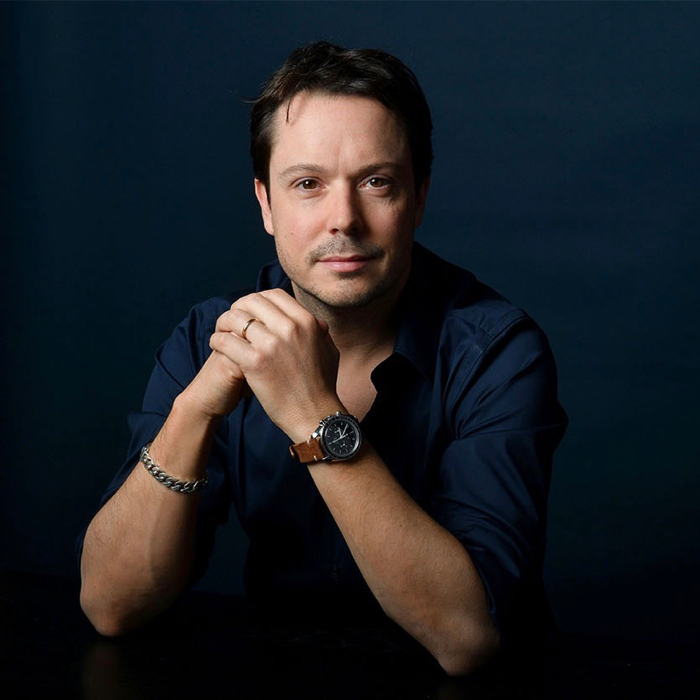