12 QUESTIONS ONLY TO…
OLIVIER GILLET

Olivier Gillet is Deputy Boutique Manager of Cartier Milan Flagship. After a Bachelor in Economics, he started working in the consumer goods industry, before following his passion by doing an MBA at SDA Bocconi in Milan. Then he stepped in the luxury sector, first in TAG HEUER and now in CARTIER.

His passion for watches started more than 15 years ago, when he got his hands on his grandfather’s BUECHE GIROD, a hand wound watch of the 50’s. Aside from his work, he cultivates his passions for watchmaking and cars through his “milan-ese” page on Instagram.

Yes, my first watch was an amazing FLIK FLAK, it was blue and red and not only allowed to learn how to read time but also to get a first interest in watches. My first serious watch was (and I still own it) a TAG HEUER 2000 series that was offered by my family for my communion.

CARTIER Tank, a true and different icon (I own 3 of them!). A watch for the powerful ones since 1917 that has been worn by so many idols such as Clark Gable, Alain Delon, Truman Capote, Gary Cooper, Fred Astaire, JFK, Steve McQueen, Warren Buffet, Andy Warhol… Impossible not to love it!

OMEGA Speedmaster, the most iconic yet understated chronograph. Having been on the moon makes it be an icon by default! It does have a simple look yet looks so pleasant, plus I love chronographs.

AUDEMARS PIGUET Royal Oak, I love the fact that the crazy idea of Gerald Genta to produce a luxury steel watch in the 70s became a success story when everyone was saying it would never work. A demonstration you should never pay too much attention to other’s thoughts. 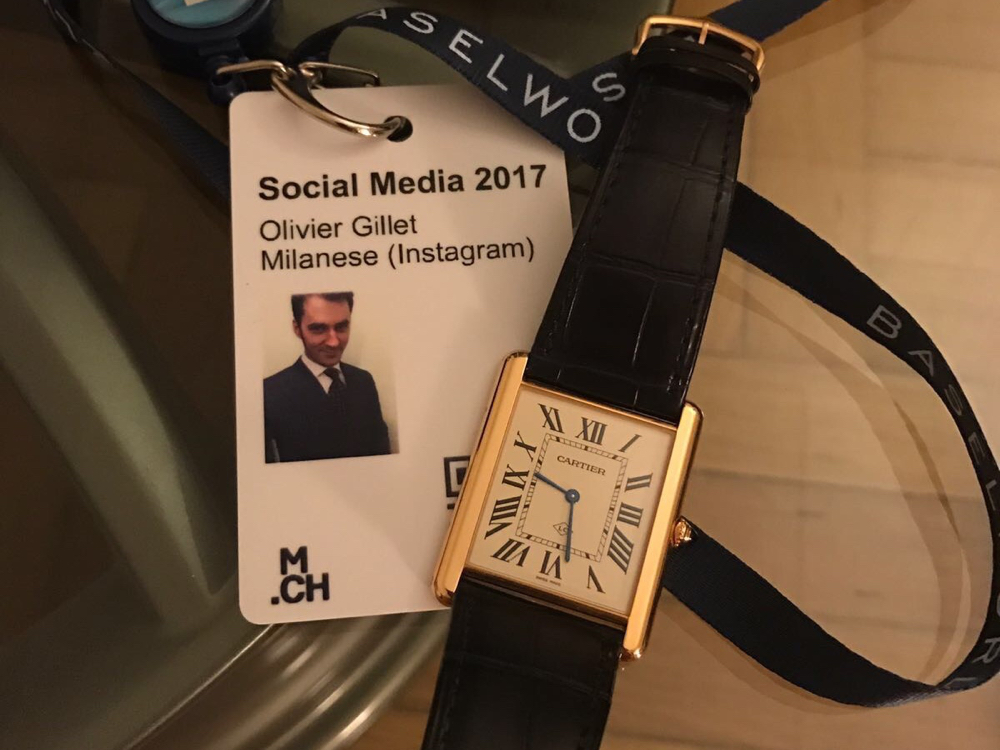 I started taking a great care of my watches when I fell from a small vintage bike (Honda ST70 – DAX) when I was 16-17 years old and completely destroyed the FESTINA Chronograph I had received as a present from my parents. Since that time, I promised myself not to ever allow myself to mistreat a watch. I am not a very obsessed person that cleans every watch before putting them back in their case with a plastic wrapping around the case.

Unfortunately, I like both… Even if I wear modern watches more often. I am a true petrol head and do not feel like using vintage watches that are more delicate when I ride my motorbike for example. I love vintage watches but prefer to keep them safely to observe them, wind them and make sure they are fully working. Nothing can beat a vintage watch’s patina. Modern watches are very simple, you wear them and know they’ll be working at any time in any condition.

It almost did not change since its birth and this is what I appreciate the most. Its dial has always been perfectly readable. Any watch collector must own at least a Speedmaster in his collection. 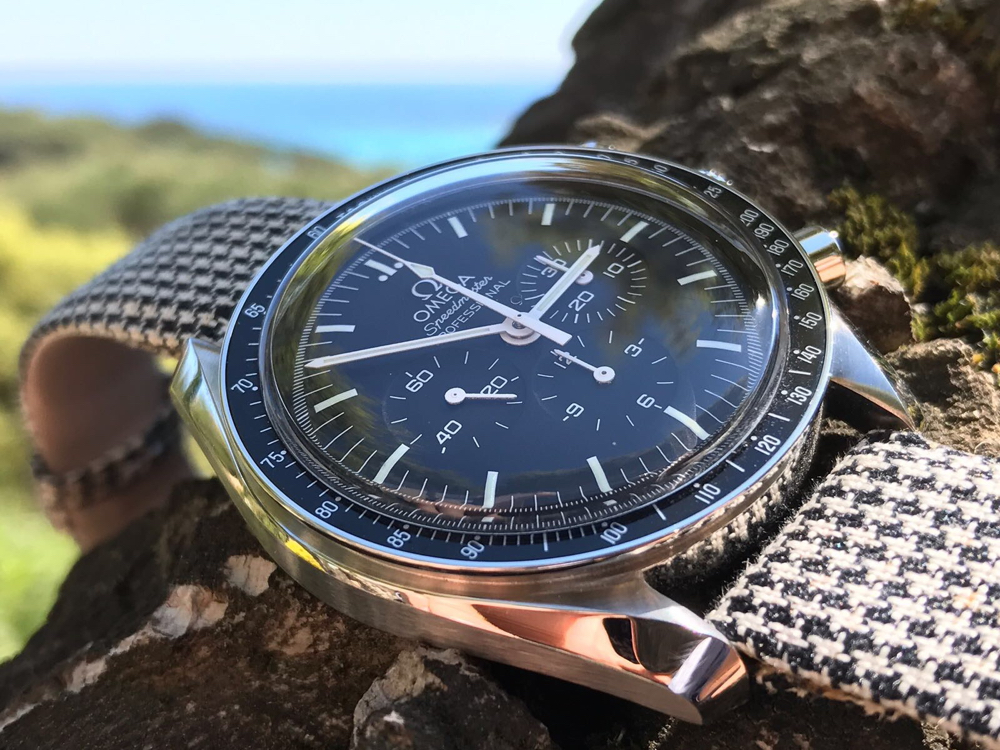 That is a very tough one. I have to admit I particularly like the first Snoopy edition (ref. 3578.51.00) as I like the idea of having an unmodified Speedy with the addition of a very playful character.

I’d surely grab any Speedmaster before leaving. The first thing I do when I wake up is to put my watch on. So I’d definitely need one to feel good, and I consider the Speedy is the only watch that deserves to go in the space.

It all depends on the amount. If the amount were to be VERY important, I’d surely treat myself with a nice present and then would reflect on how to spend/invest the rest of it. One of my first actions would be to make sure my family and closest people have all they need. I like to make my own choices so I would reflect on how to invest rather than relying onto a financial advisor.

On the seaside with a glass of rosé wine in my hand and no incoming phone calls or emails. Bathing suit, polo shirt, a diving watch on my wrist, sunglasses and nothing else.

The last watch I bought is a CARTIER Pasha Chronograph 42mm whilst the next one I will pick up is my long awaited OMEGA Speedmaster Speedy Tuesday that should arrive soon. 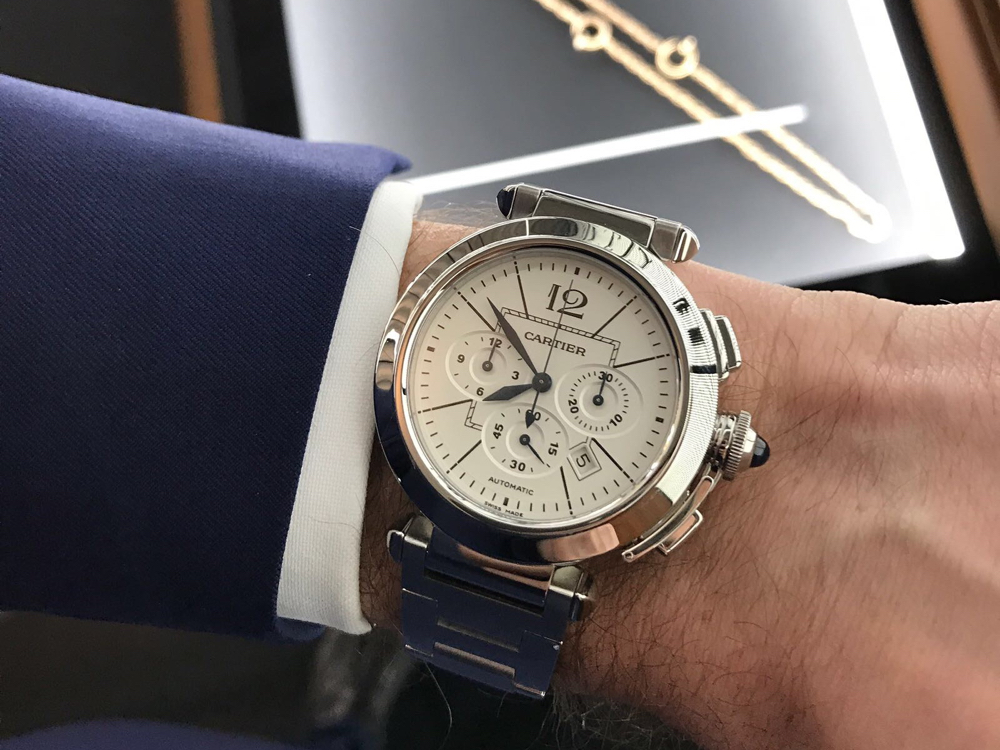 CARTIER Drive in stainless steel, one of my favorite daily wear. A vintage automotive inspired wristwatch is a new type of watch for Cartier. It is not meant to be a mass-market piece, it is cushion shaped, but rounded, wide, and thin. 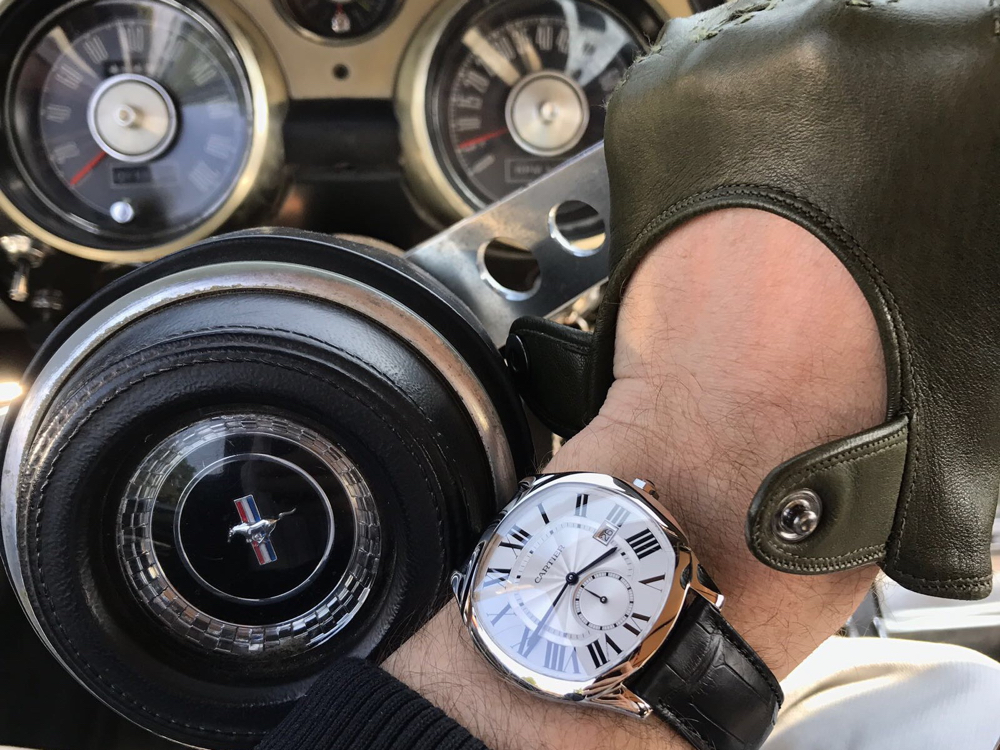