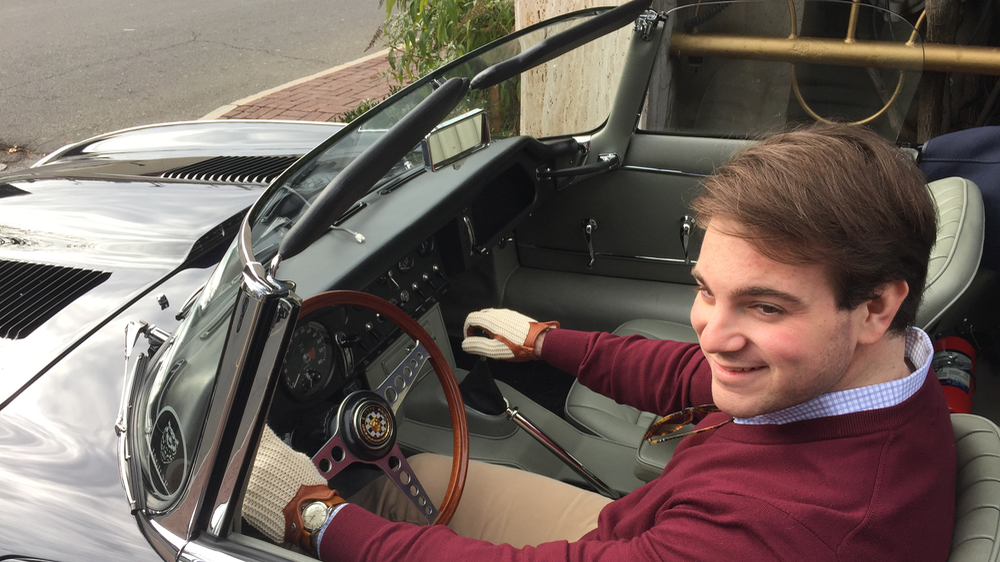 12 QUESTIONS ONLY TO…
VINCENT BRASESCO

Vincent is 26 years old and currently the Chief Operating Officer at AnalogShift. After graduating college with a History degree, and a four year stint in the world of Hedge Funds & Asset Management, Vincent joined Analog/Shift to work on the financial side of things. He still can’t decide if he is a car guy with a watch problem, or a watch guy with a car problem …

Is this a trick Question? The first watch I ever “got” was my grandfather’s gold OMEGA Geneve. It was in rough shape when I got it and I sent it to OMEGA in Switzerland when I was about 14 to have it restored. But my first watch that I bought was a TAG HEUER SEL, but don’t laugh! A lot of great collections start with a TAG HEUER. Hindsight being what it is, my grandfather’s watch probably kick started my love of OMEGA.

ROLEX Submariner, CARTIER Tank, OMEGA Speedmaster. For something to be truly iconic as a design it needs to be instantly recognizable by a broad swath of people. While there are other icons of watch design like a Royal Oak or a Nautilus – they do not have the wide appeal of a Submariner, Tank, or Speedmaster. Take the logos off and shows those designs to people and they know what it is.

My HEUER Carrera. So my girlfriend is having her hair done and I go wandering into a clothing store in Manhattan – and sitting in a case is a beautiful two-register HEUER Carrera 3467S. This gentleman comes over – clearly having no idea of what this watch is – and proceeds to tell me it’s a TAG HEUER. Needless to say I bought it – it is absolutely gorgeous, unpolished case, beautiful patina on the lume. I sold it once, to pay for my Ed White actually, and regretted it so much I was able to buy it back in 3 months! 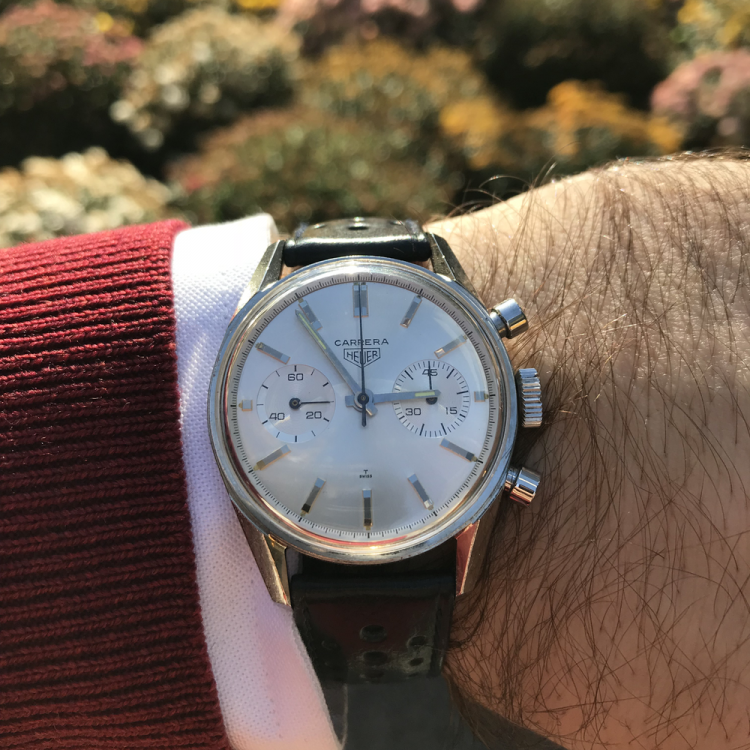 Vintage, though I can be swayed by some modern pieces – I do have a soft spot for JAEGER LECOULTRE. 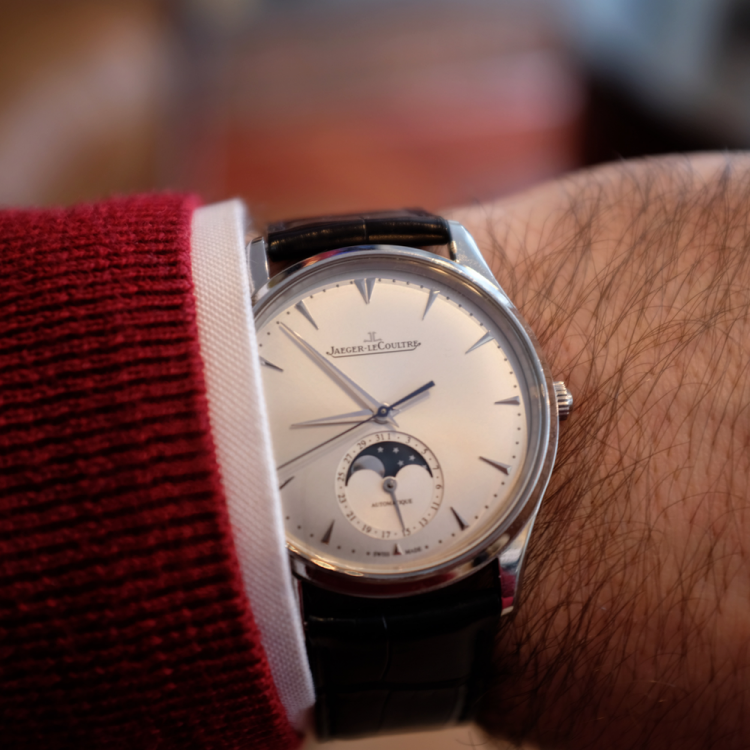 Where to even begin, it’s a true icon of design, a wearable piece of history. It’s a tool watch, everything you need is there and nothing you need isn’t. It’s easy to read, incredibly well engineered, and was witness to some of mankind’s greatest achievements. I’ve known what they were and lusted after them since I was 14 – how can you not love the Speedmaster?

The Ed White, reference 105.003. The Ed White represents so many things for so many reasons, the use in the first spacewalk being only the tip of the iceberg. The Ed White represents the ultimate evolution of the Speedmaster, a turning point in Speedy history. While the watch had already been submitted and approved by NASA at this point, it was still just a chronograph for racecar drivers, “For men who reckon time in seconds” as the advertisements used to quote. The original – and brilliant – caliber 321 is still present and ticking, you have the original sized crown, pushers, and unchanged case since 1957. Yet you also have all the little things that make the Speedmaster a better watch than it was in 57’ like a black tachymeter bezel to make readings easier, the clear white stick hands and tachymeter hands. As soon as the Speedmaster grew its now famous curved lugs it became the Moonwatch. The “professional” model meant for space – sure it would be almost 5 years between the introduction of the first curved lug Speedy and the famous walk on the moon – but the Ed White represents that last chapter of true Speedmaster evolution – before the marketing team got ahold of things.

My favorite book, The Twenty-One Balloons by William Pene du Bois. An escapist novel for an escapist destination.

What do you mean “A” sports car? You can’t have just one. 1964 Ferrari 250GT Lusso. In blue, Ferrari really makes some of the most beautiful blues. Secondly, a 1958 BMW 507 – if its good enough for Elvis its good enough for me, and finally an Aston Martin DB5 in Silver Birch. Don’t think that one really needs much explaining. I would point out that all three of those are exceptional investments and up until 2017 represented one of the very highest performing alternative asset classes – so I will hold on the financial advisor.

Villa d’Este, Lake Cuomo. It’s beautiful, historic, relaxing, and it’s as if the golden age of travel never ended there – a time warp to a better era.

Couldn’t begin to tell you, especially with the chronographs – sometimes I just start them to watch the way the chronograph hand sweeps. Much like a car, it’s a beautiful technical machine that deserves to be admired as well as used.

That would be my 2998-4. It walked into the AnalogShift offices through a series of unusual events, coming out of very long term ownership, and after having it serviced and cleaned I was riding down the elevator with our CEO Geoff Hess, and he just looked at me and said “You really love these, you should buy it”. So here it is, seeing the light of day for the first time in 25 years or so! 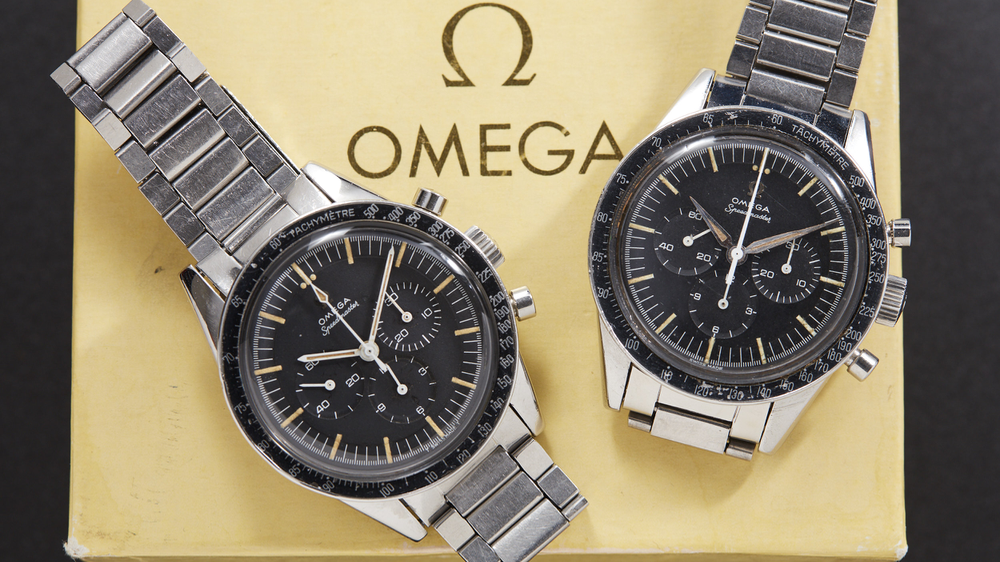 That would be my Ed White! This was actually my very first Speedmaster. I remember being a camp counselor counting tips, saying to one of my oldest friends (who also now works in the watch business) I was going to buy a Speedmaster. Took another 10 years but I did get one! 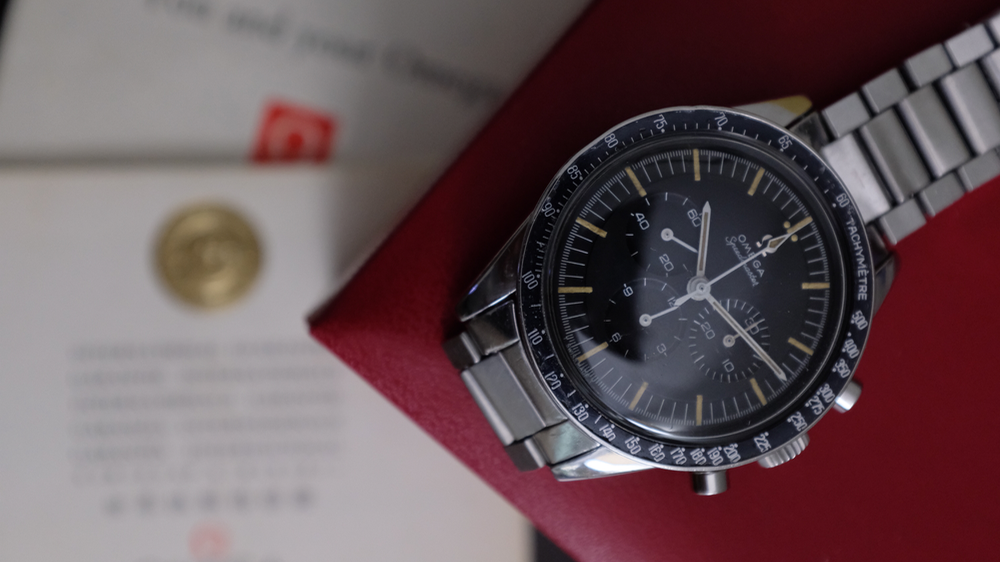