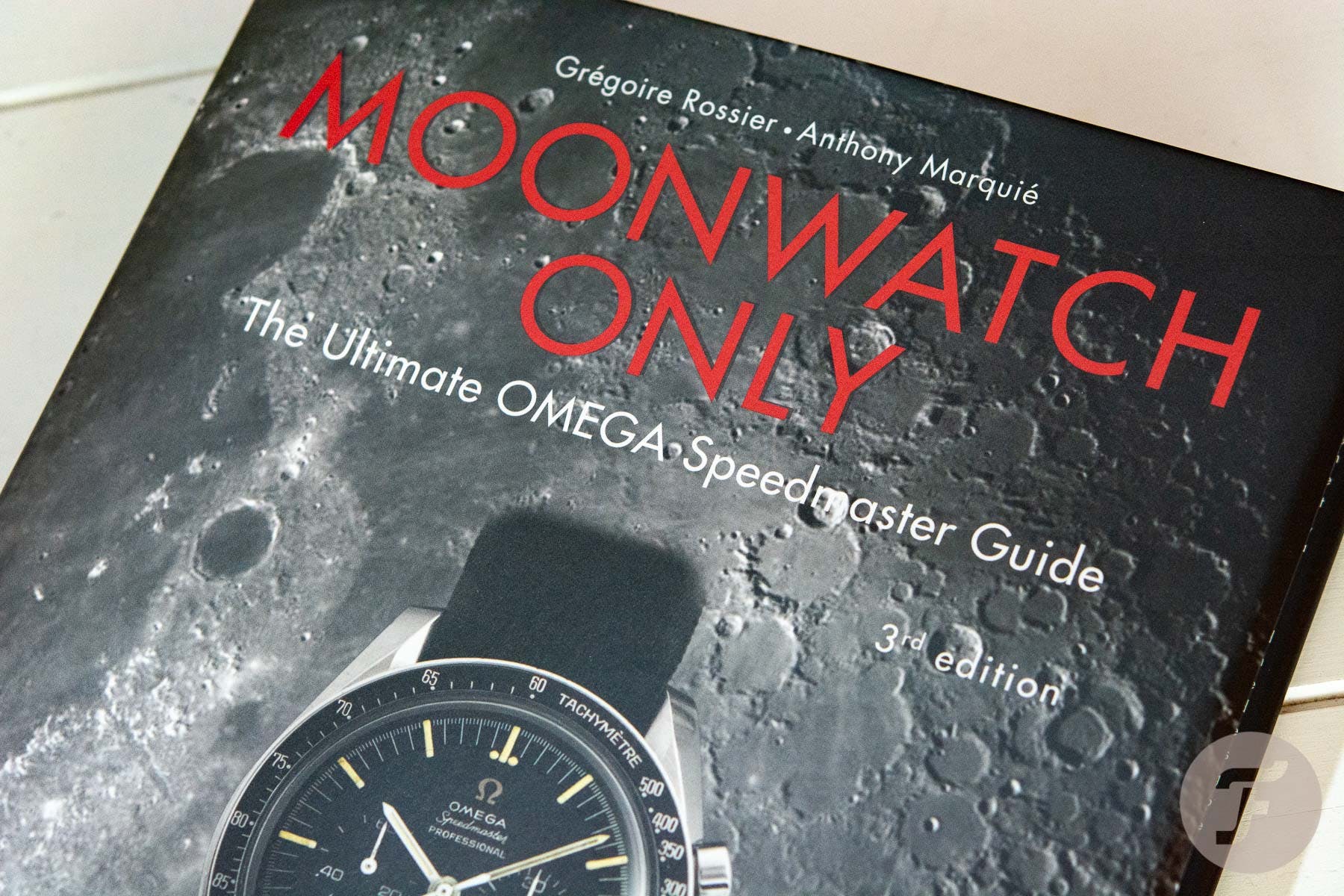 MOONWATCH ONLY
BY WINED DINED AND TIMED

3 THINGS I LEARNED FROM MOONWATCH ONLY – By M. Got

For the Omega Speedmaster fan, the book Moonwatch Only is a tome of all things Speedmaster. The book documents the original Speedmasters from 1957, all the way to the 60th Anniversary Speedmaster released in 2017. The fabled Omega Speedmaster, over its lifetime, has been interpreted into many different iterations and has lived a life many other watches only dream of.

In this article, I detail three things that I learned about the Omega Speedmaster from Moonwatch Only, that I could only have learned from this book.

READ MORE ON WINED DINED AND TIMED
WATCH BOOKS ONLY
© 2014–2020 WATCH BOOKS ONLY
THE REFERENCE BOOKS ON WATCHES INFO@WATCHBOOKSONLY.COM
COOKIE POLICY | ABOUT US
CRAFTED BY NETITBE ™
WATCHFID
A NEW APPROACH TO WATCH COLLECTING