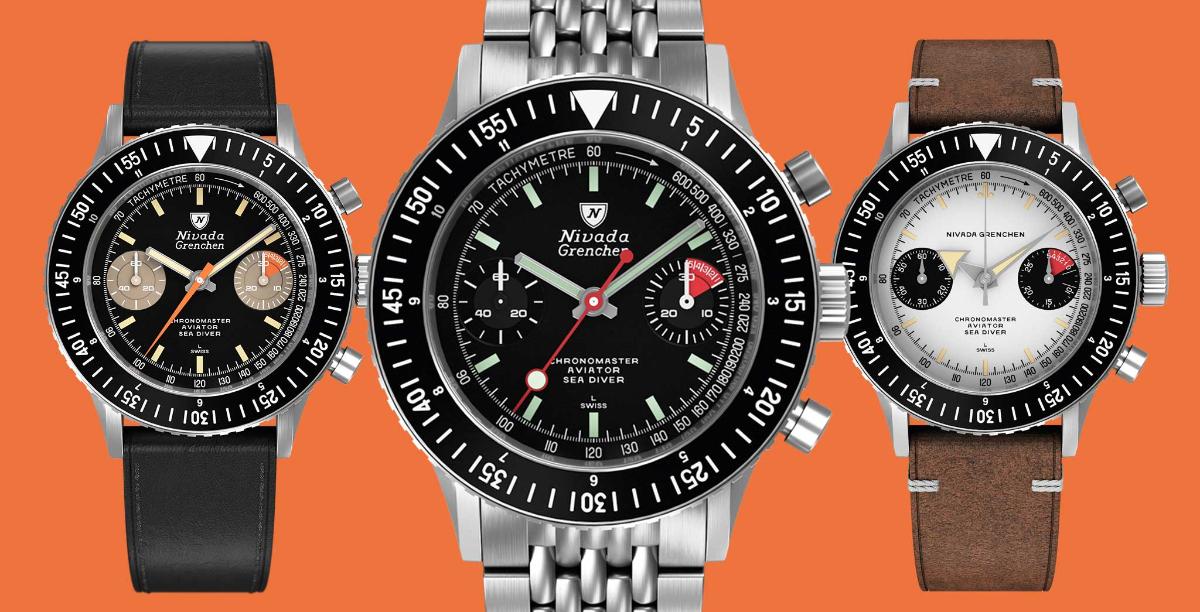 THE RETURN OF NIVADA
BY WATCH TIME

THE RETURN OF NIVADA GRENCHEN – By N. Nair

Buoyed by the interest shown by the collector community, the brand known for classics like the Chronomaster is making a comeback.

The company’s most famous model was undoubtedly the Chronomaster Aviator Sea Diver, a manual-winding chronograph introduced in 1961 and produced for the next 10 odd years. Such is the watch’s popularity that writers Anthony Marquié and Grégoire Rossier even produced a book Chronomaster Only, now considered the go-to reference for Chronomaster collectors. Marquié and Rossier are also the duo behind Moonwatch Only, the seminal tome for Omega Speedmaster collectors.

READ MORE ON WATCH TIME MIDDLE EAST
WATCH BOOKS ONLY
© 2014–2020 WATCH BOOKS ONLY
THE REFERENCE BOOKS ON WATCHES INFO@WATCHBOOKSONLY.COM
COOKIE POLICY | ABOUT US
CRAFTED BY NETITBE ™
WATCHFID
A NEW APPROACH TO WATCH COLLECTING