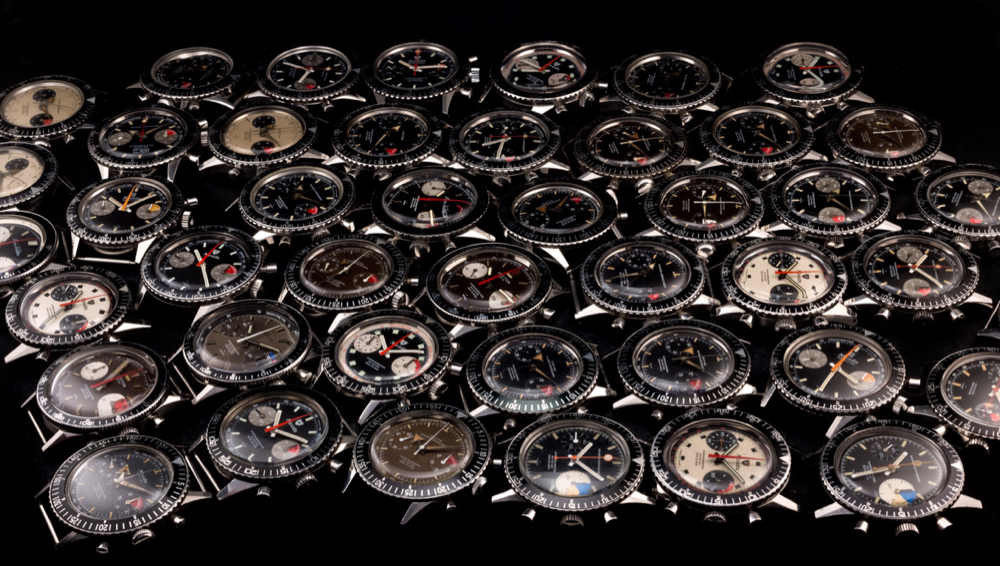 THE MAGIC TRIO
(FITTED WITH A VALJOUX 23 CALIBER)

After World War II, a period of reconstruction, prosperity and innovation took over from the disaster of the previous years. Driven by natural curiosity and propelled by accelerating technology, people started exploring and conquering new horizons: the ocean depths, mountain peaks, the sky and space. Accordingly, people started to travel farther, faster and more often.

At the same time the watchmaking sector was emerging from a difficult period and had to come up with new ideas. The various manufacturers during the 1950s and 60s took naturally to conceiving ever-more targeted and professional watches suitable for new types of owners in their work, leisure or travels. The watch companies thus turned their attention to two main avenues: diving watches and chronographs. The biggest brands, Breitling, Heuer, Omega and Rolex among them, developed designs that became historical successes and are still sold today. Most of the chronograph producers chose suppliers of reputed Swiss movements, which had during that time formed cartels to manage competition.

NIVADA, which had been already exposed to this type of initiative in the 1950s, came up with a suitable response. It cannot be denied that its new Super-Chronograph is rather interesting, and even quite revolutionary compared to the other offerings of the time. In fact, it comes as somewhat of a surprise that this Chronomaster model manages to combine:
– a chronograph;
– water resistance to 200m;
– a tachymeter scale;
– a rotating bezel for diving;
– a second time zone (on the bezel);
– a sailing regatta countdown.

Furthermore, it was fitted with high quality movements: initially with the Venus 210 and especially later with the Valjoux 23. The Valjoux 23 caliber was created in 1916 and successfully produced for about 60 years, during which some 125,000 movements of the type left the Valjoux workshops. It was used by the most prestigious brands, including Audemars Piguet, Patek Philippe, Rolex and Vacheron Constantin, which customized them and fitted them in several of their chronographs. The Valjoux 23 also formed the basis for the renowned Valjoux 72, a version with three subdials also used in a number of legendary chronographs, including the Rolex Daytona.

Among the numerous versions of the Chronomaster Aviator Sea Diver, the models fitted with the Valjoux 23 caliber are probably the most interesting ones (together with the very first series of Chronographs from 1961).

Three of them are extremely sought-after and rare. 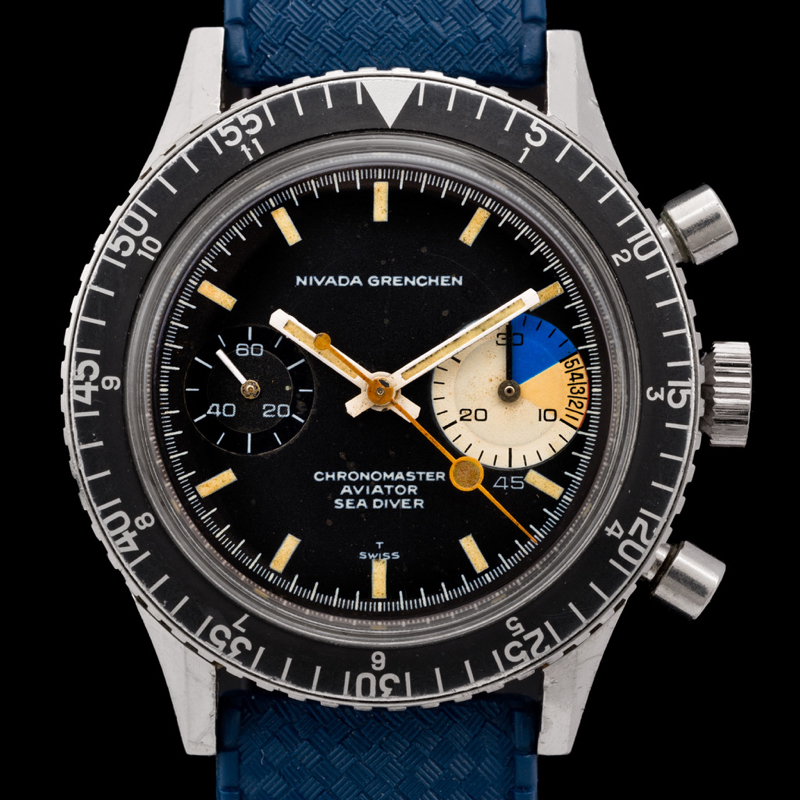 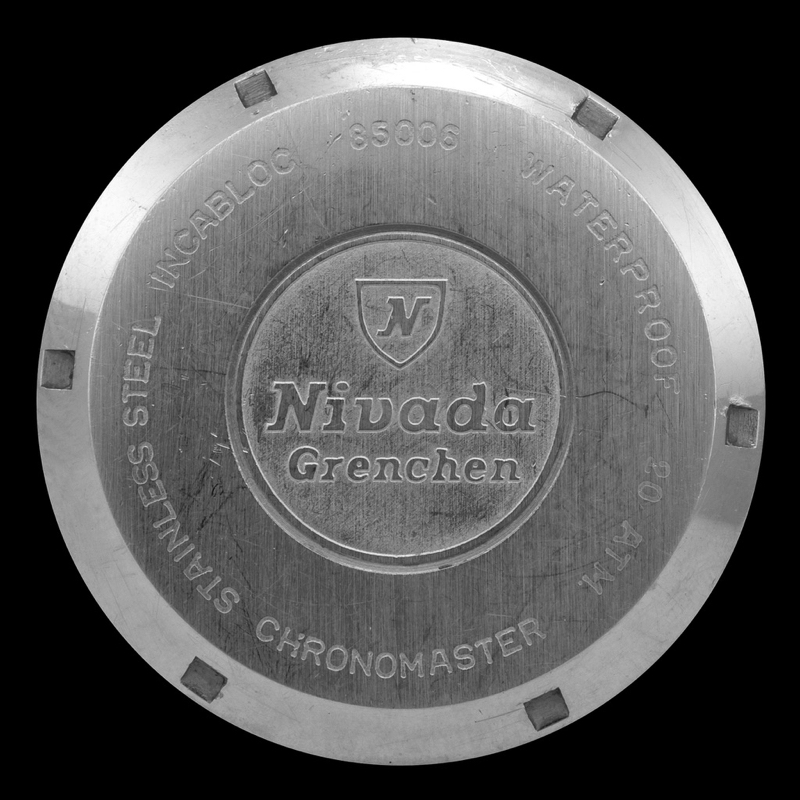 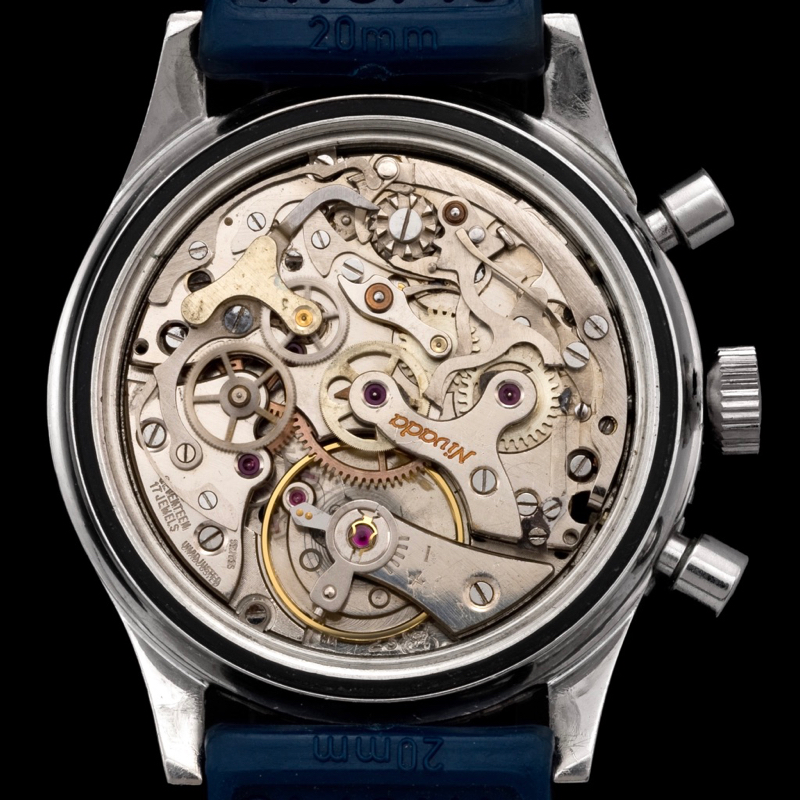 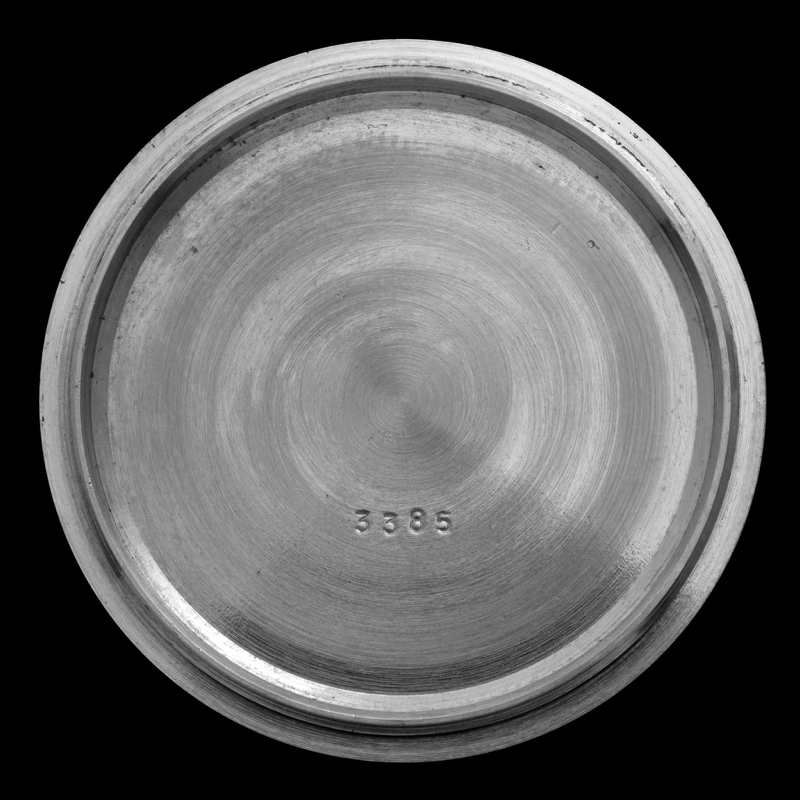 This extremely rare model is known as “Big Eye” because of the greater diameter of its minutes counter at 3 o’clock. Note the number 45 beneath the counter. Another peculiarity is that there’s no tachymeter scale on the dial or the flange. 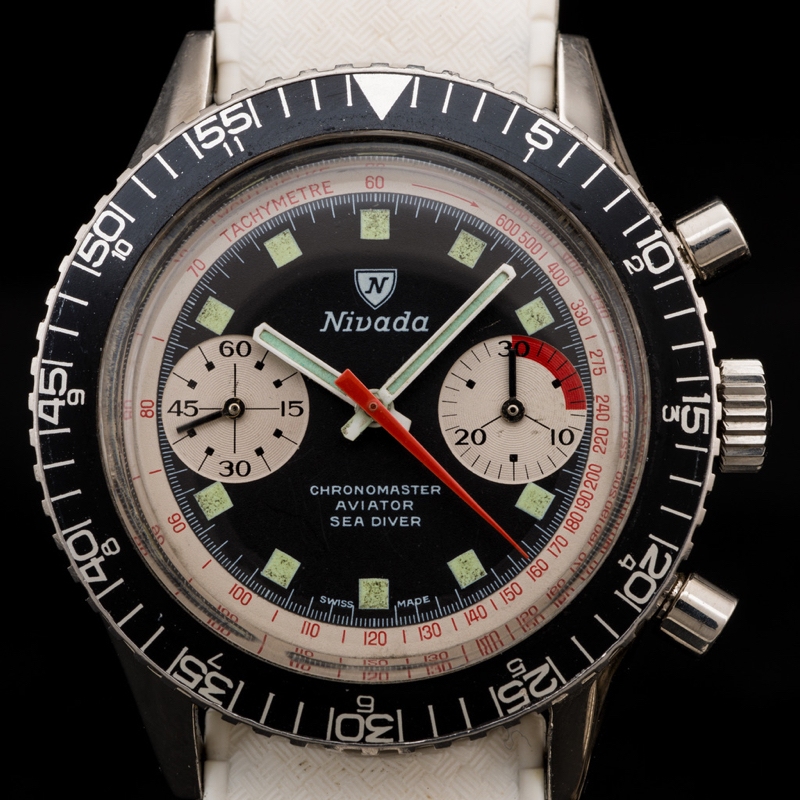 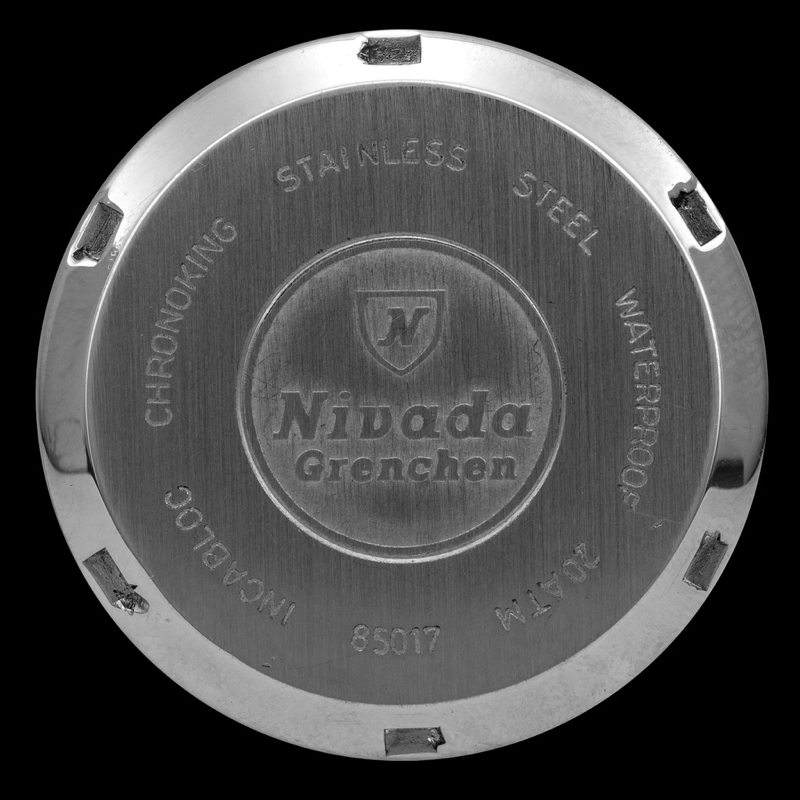 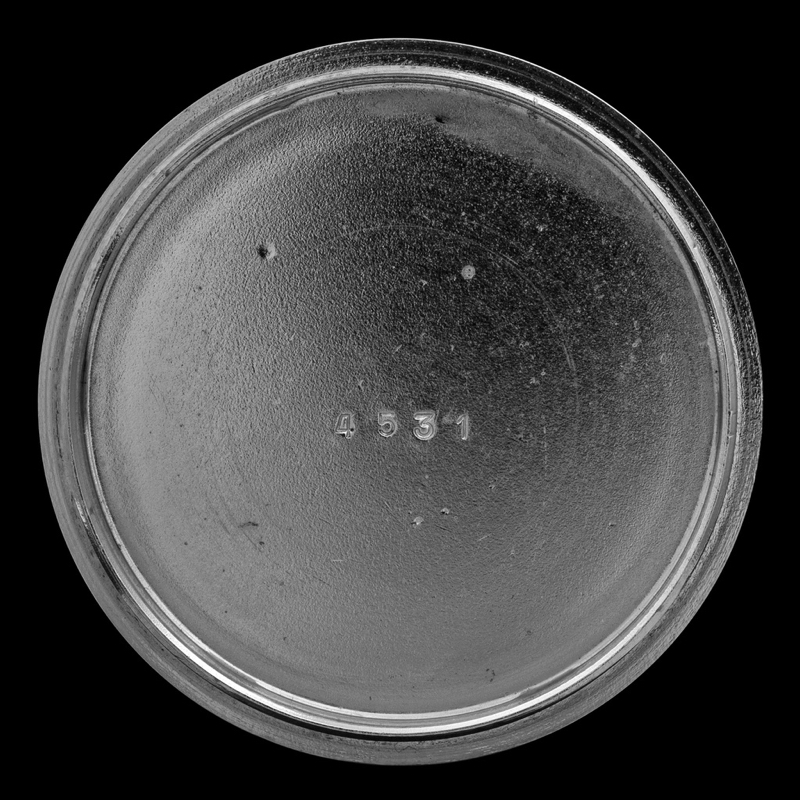 This dial exists in 2 different versions: black with white subdials, or white with black subdials (and we have observed some variations on the white one, with different indexes). 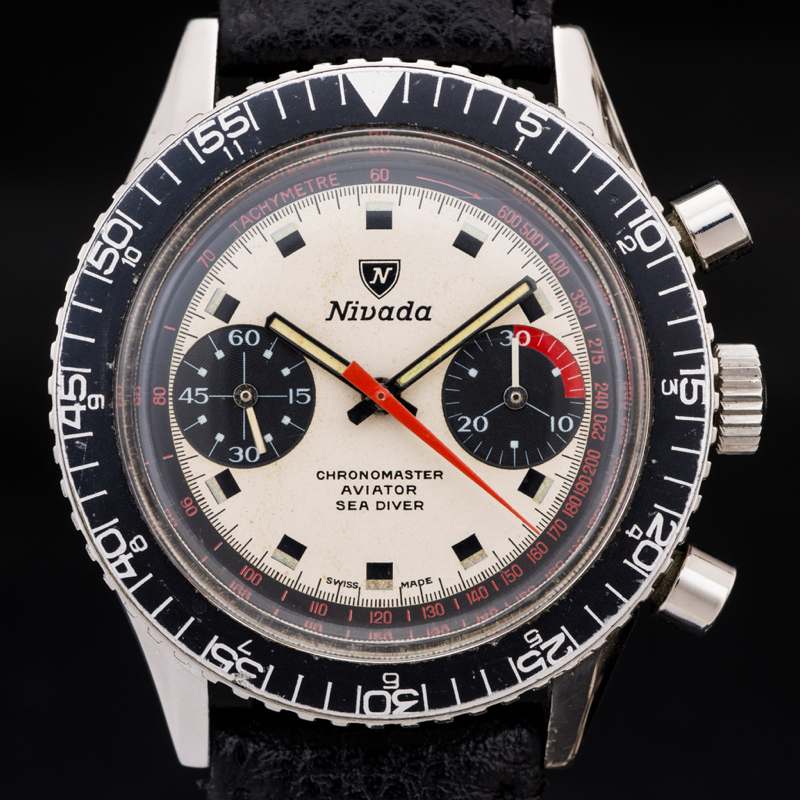 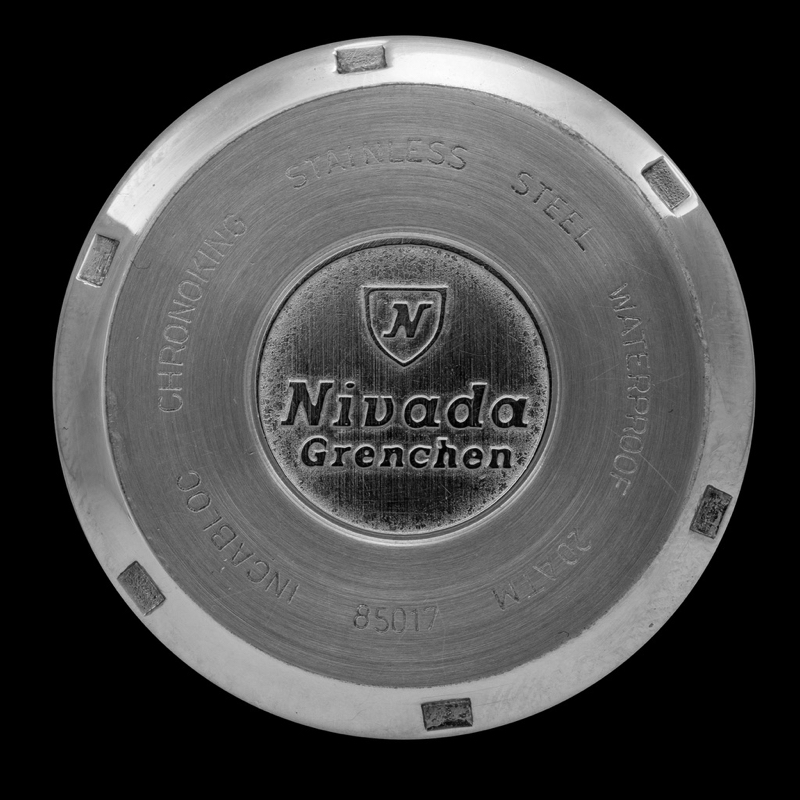 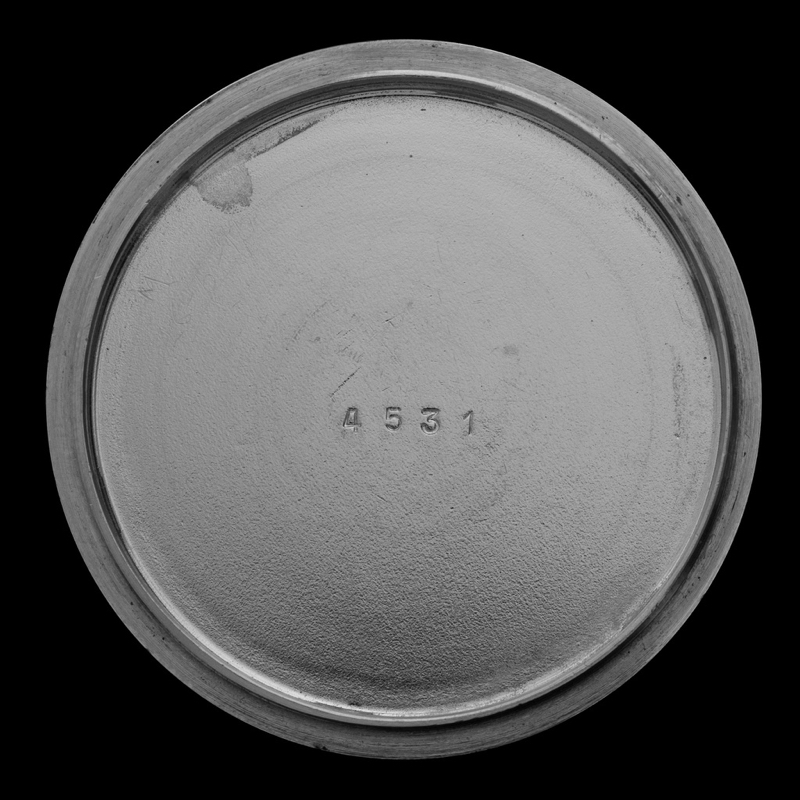 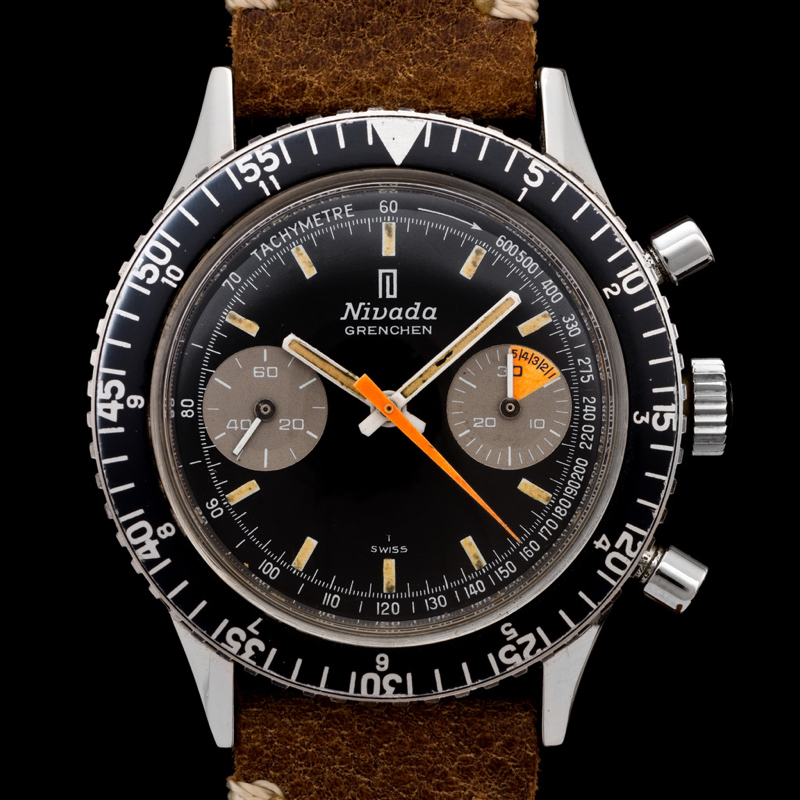 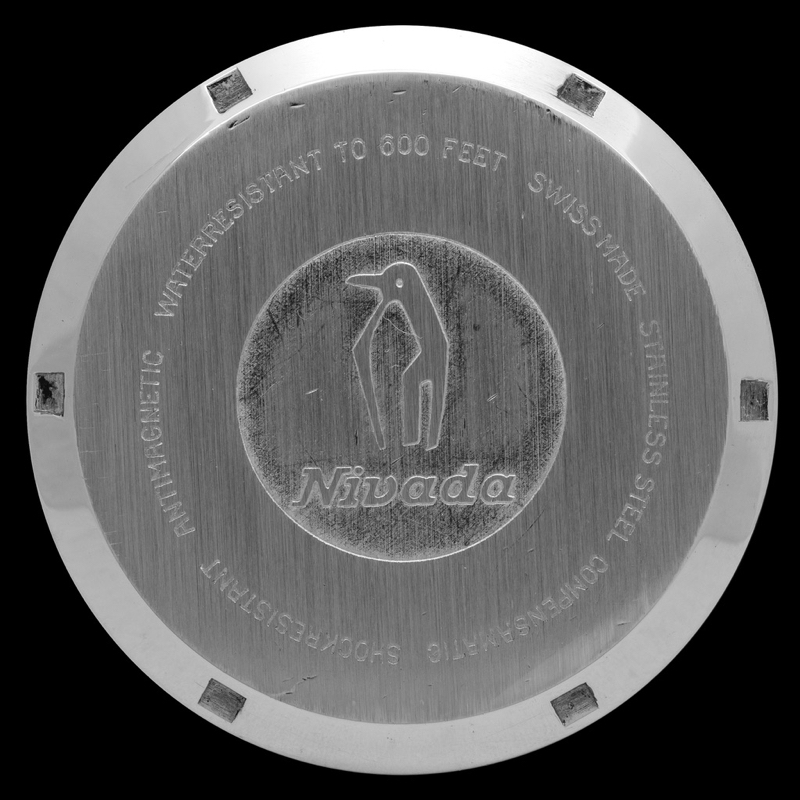 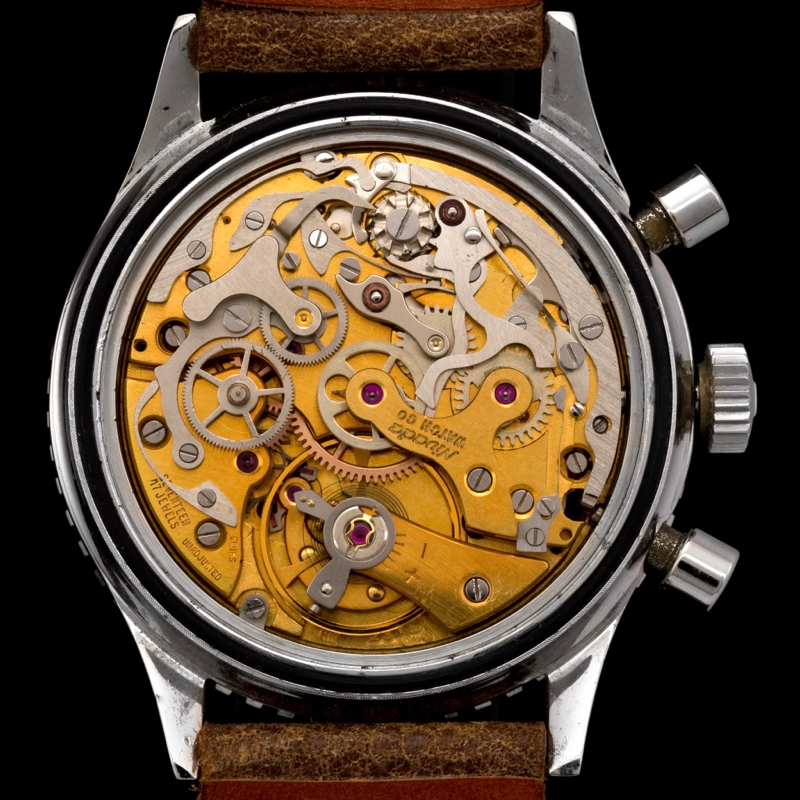 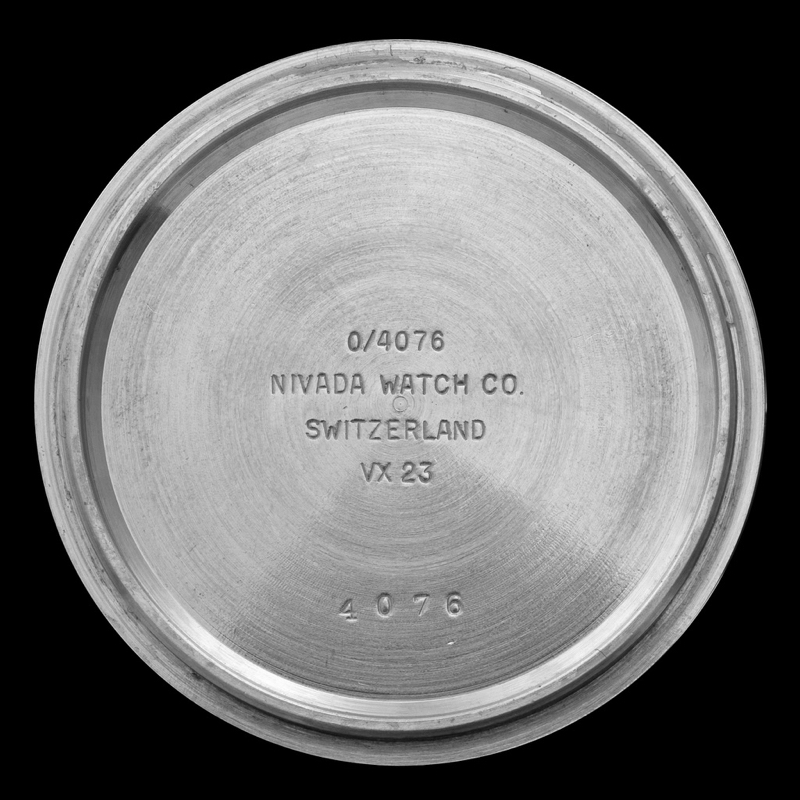 This model is most unusual, especially because of its stylized NIVADA logo on the dial and the crown.
It is fitted with an exclusive caseback engraved with a stylized penguin, and its movement is gilt. The chrono hand and the yachting sector on the right subdial are orange.

There is no other version presenting the same logo and the same gilt movement, but one can note another very rare version with a “No Name” dial (meaning without the mention of “Chronomaster Aviator Sea Diver”: those 2 models are the only ones without this indication), reference 85017/4773. 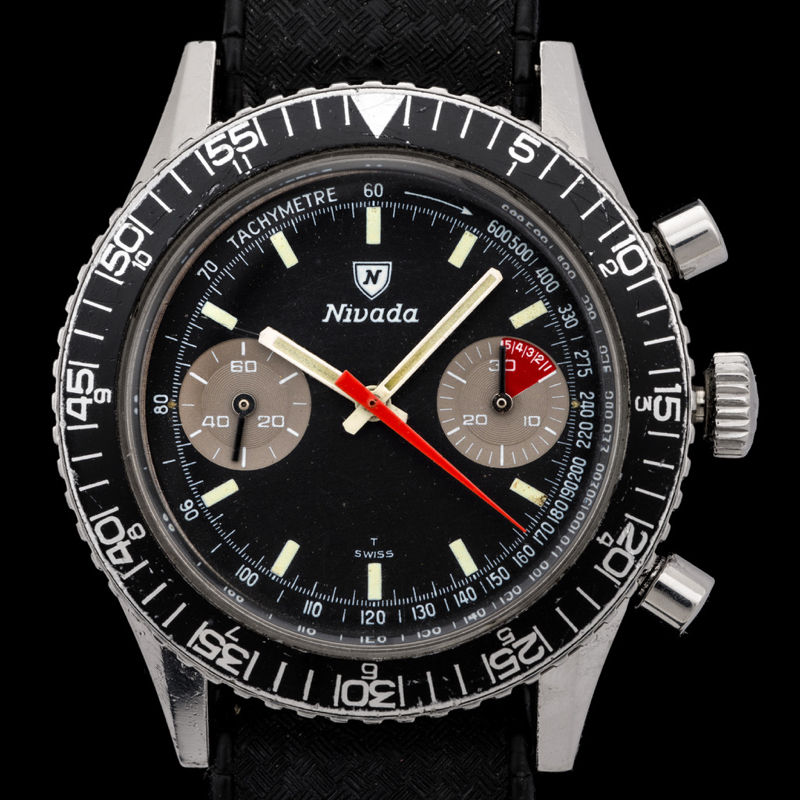 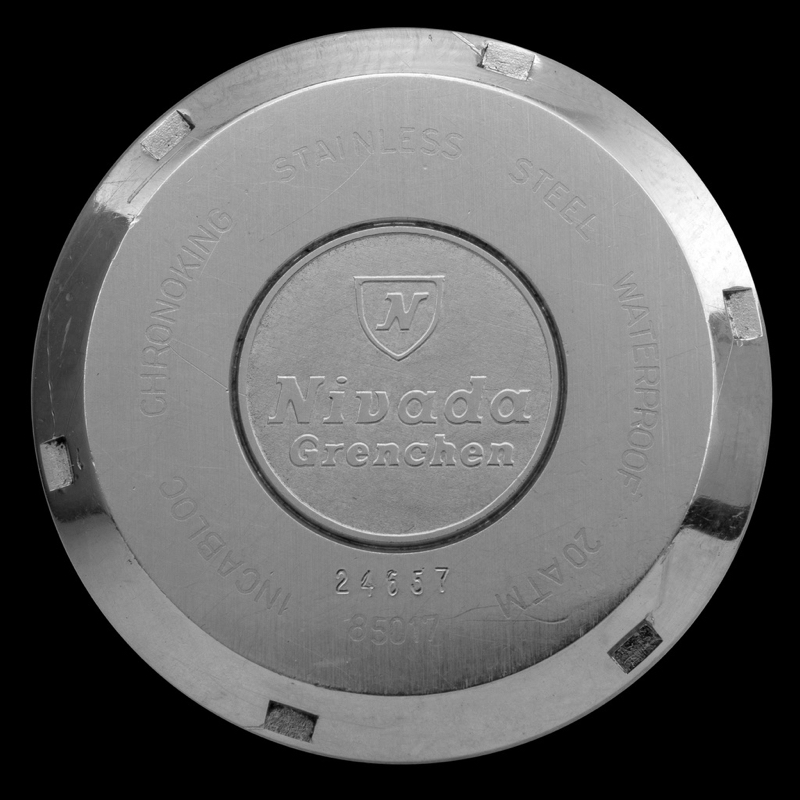 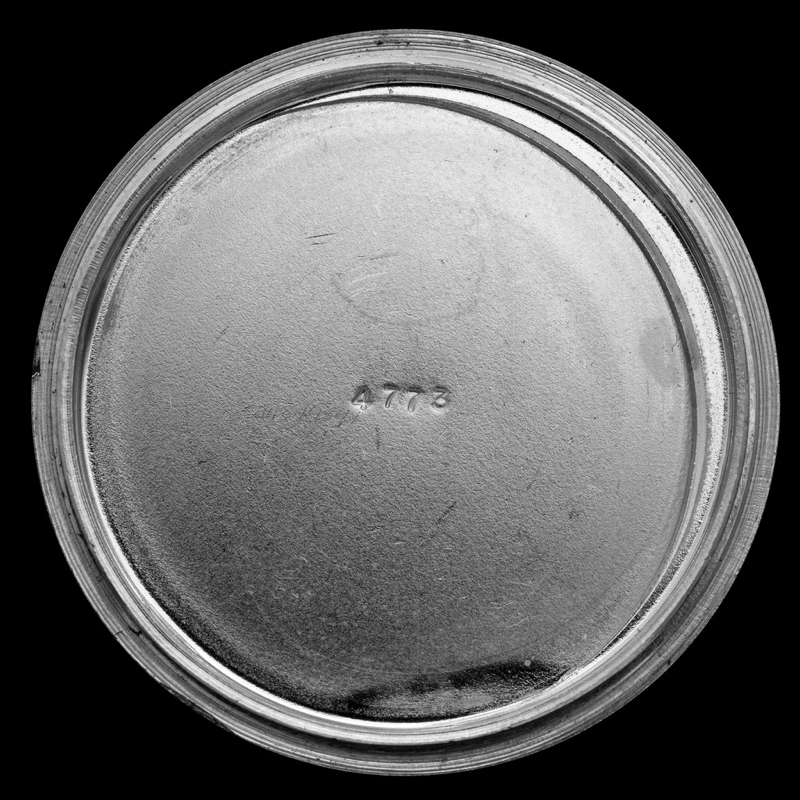 It may be worth noting another model that combines some of the same features of the “Special Logo” one. This other version has the same orange chrono hand and yachting sector, but with a standard logo and the “Chronomaster Aviator Sea Diver” mention (reference 85004/4076). 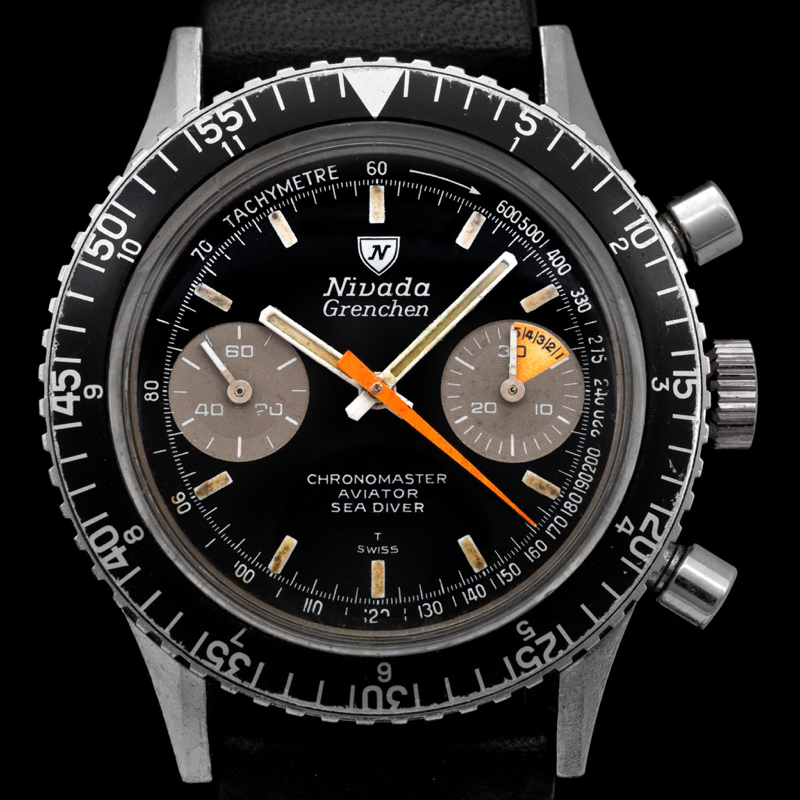 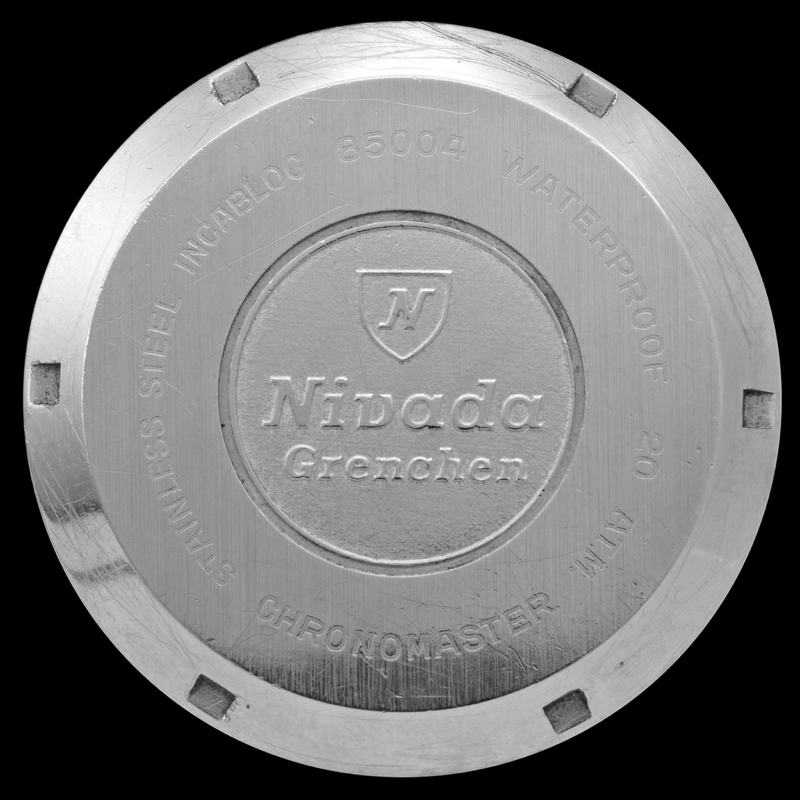 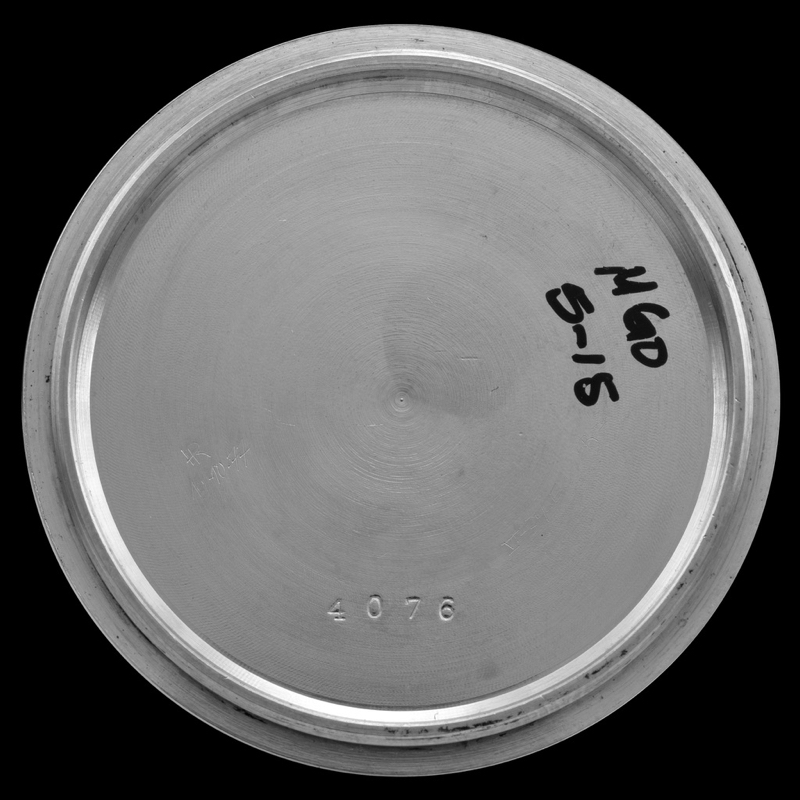 LOOKING FOR A NIVADA GRENCHEN CHRONOMASTER?