THE MISTERY OF
THE GRAY-BLUE DIALS 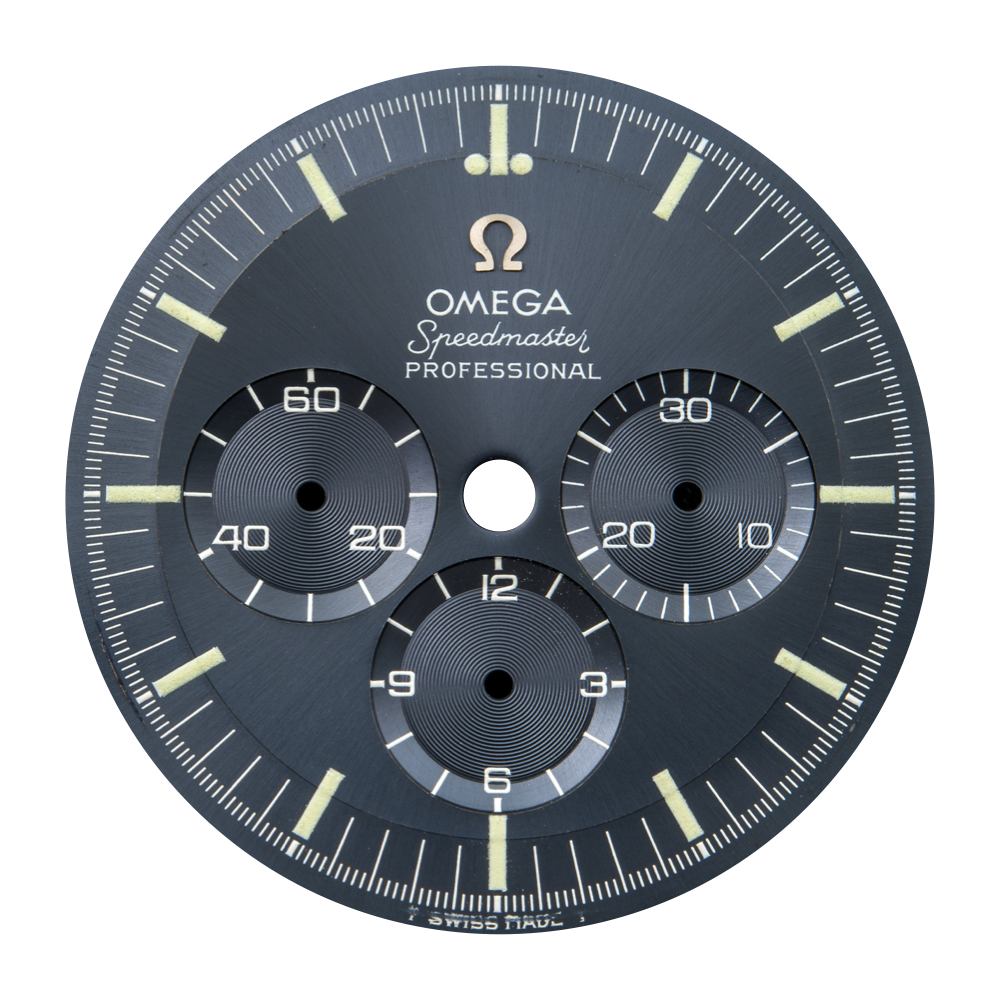 There are at least four types of blue or gray-blue dials that were probably produced in the 1960s, or the early 1970s. We have seen very few examples and we have yet to come across a clear explanation of their origins and status. 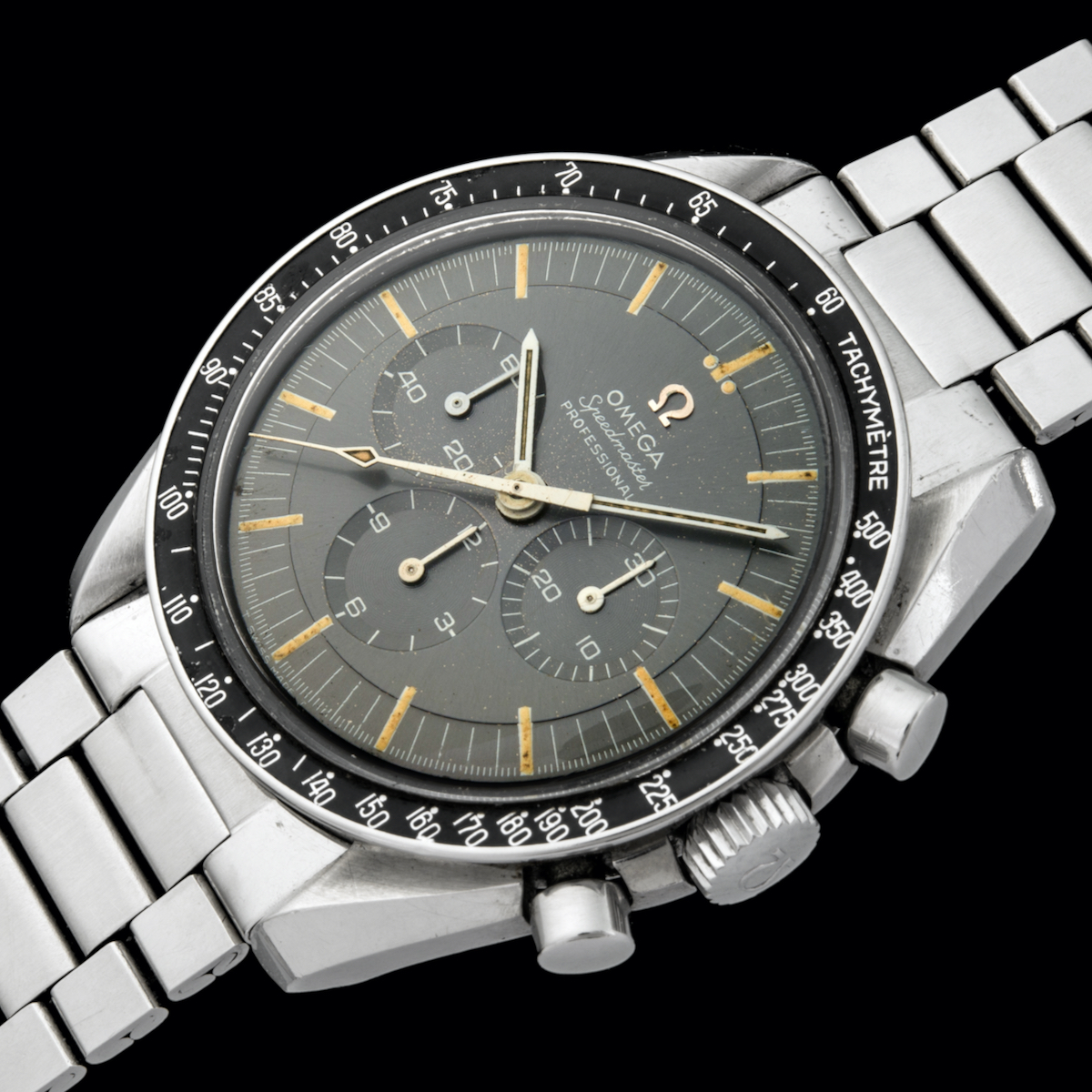 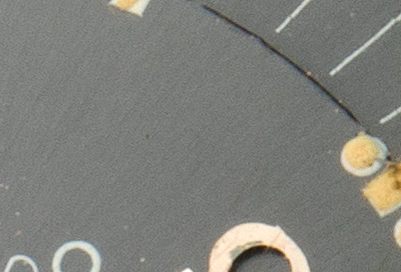 This first dial seems to have all the characteristics of the standard production of the pre-Professional and Professional models of the 1960s.

However, it has a sunburst matte finish and is colored gray with a bluish tinge. It is moreover the least blue of the four types. Its sunburst finish indicates that it is unlikely to be a faded version of the original black. 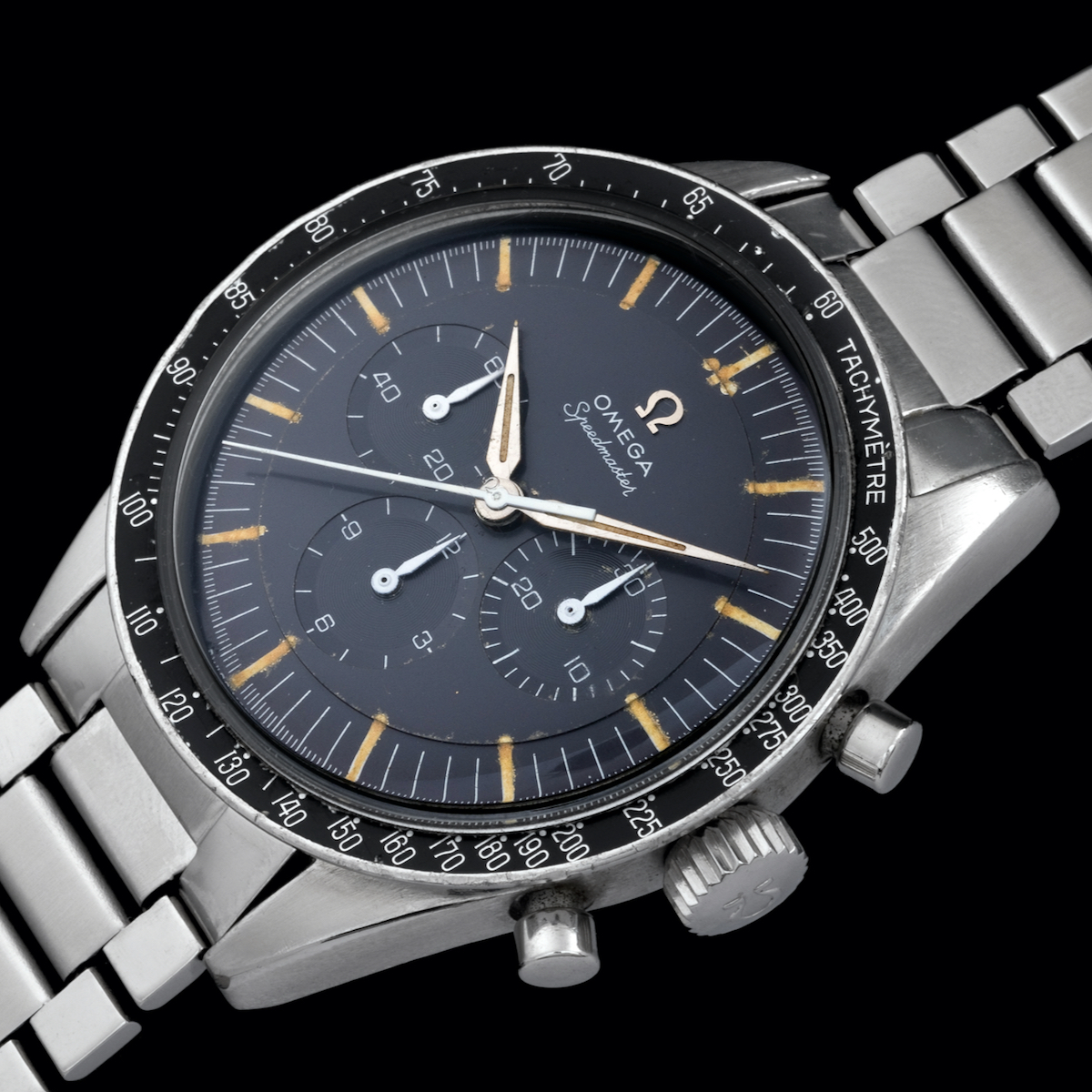 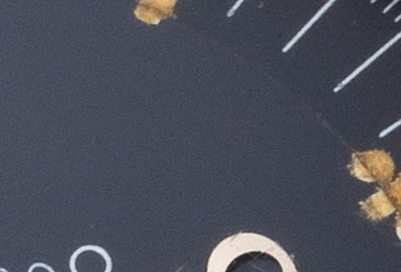 The second category is distinguished by a blue-gray color with a uniform matte finish. Its main feature is the minutes scale of a larger diameter than those of the conventional dials and is thus located farther towards the edge of the dial. This gives rise to two significant differences:

– the main indexes and the two luminous dots at 12 o’clock hardly touch the edge of the central zone;

– the SWISS MADE inscription is extended to the very edge of the dial so that it becomes invisible at certain angles. 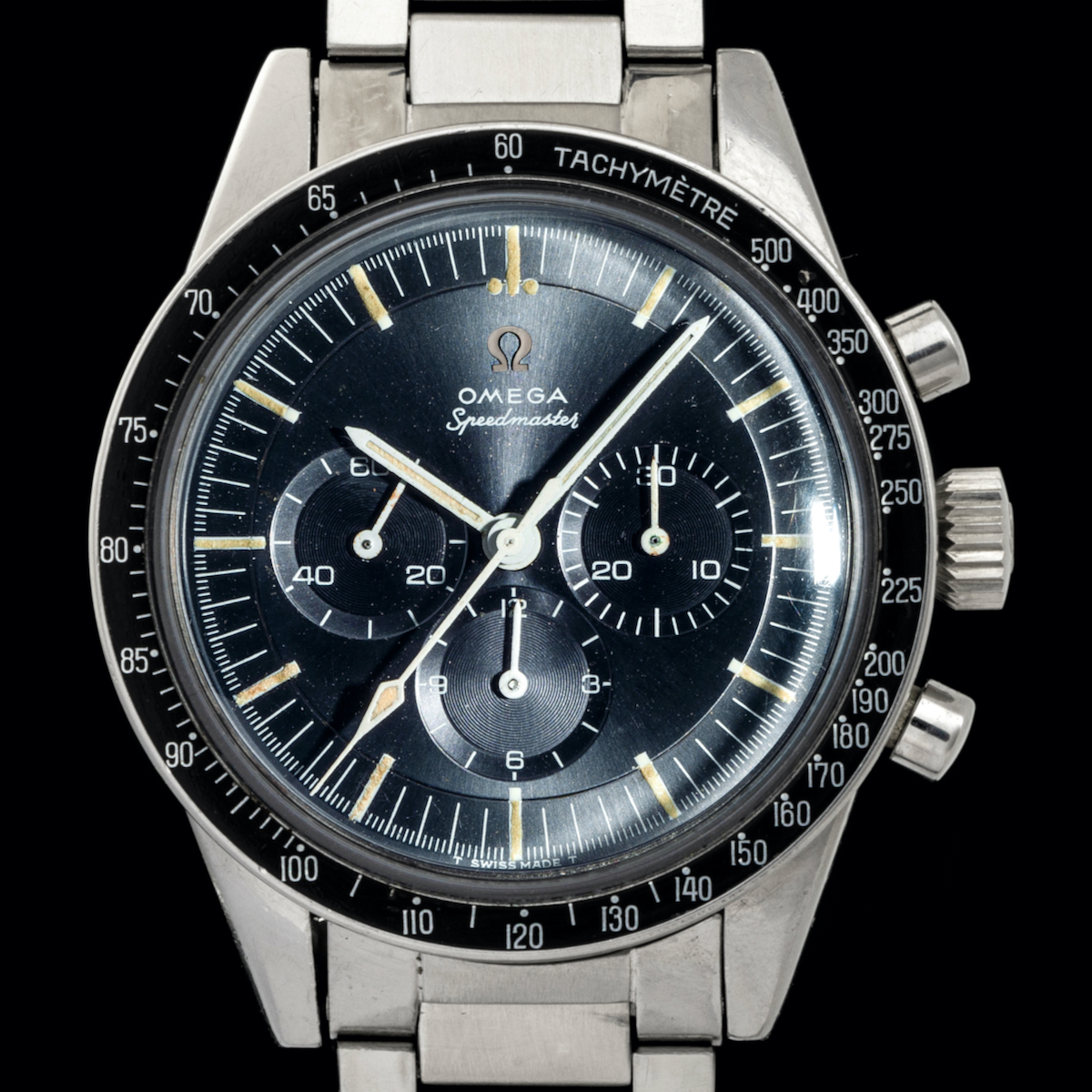 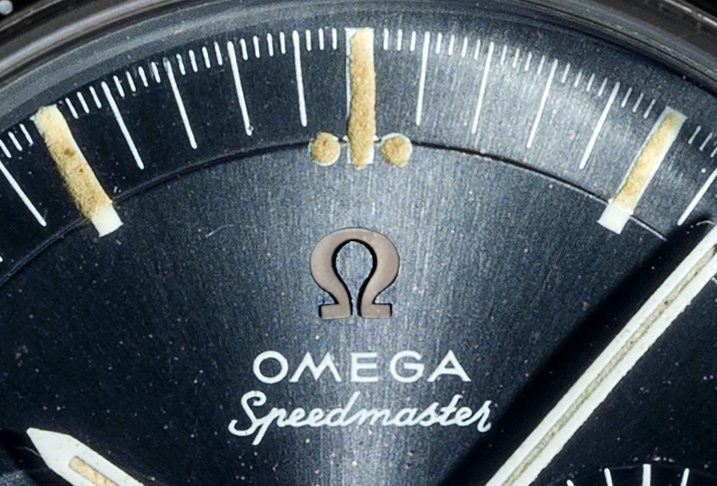 This type is identical to the classic black dial of the ST 105.003 but its color is metal blue with a sunburst finish.

No Professional version has been observed to date. 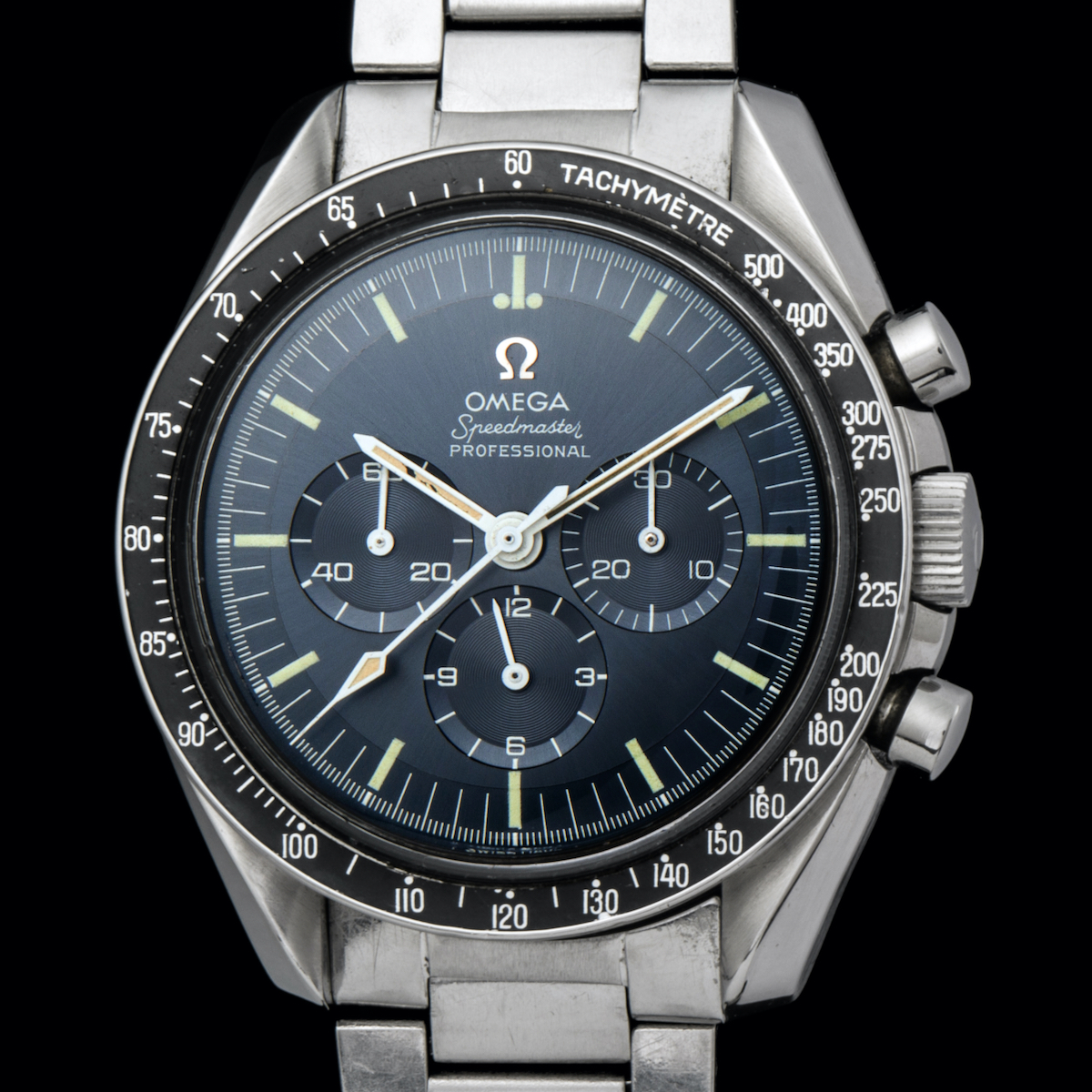 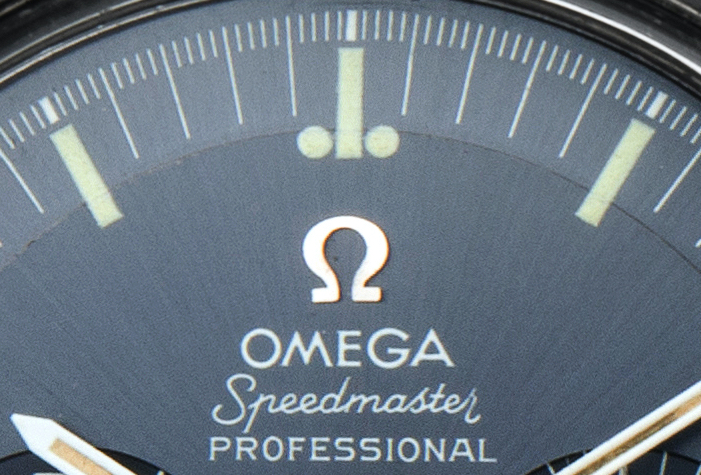 This dial has a color and finish identical to the previous type.

But it has certain typographic properties typical of models from the early 1970s: short hour markers and distant Ts around SWISS MADE.

It has been observed with or without the Professional mention.

We know that some black dials of the 1960s/1970s may have turned into a chocolate color due to an oxidation process (we wrote a specific review of these tropical dials here).

Basically, most of the dials have an additional layer of protective varnish to prevent oxidation of the plating and the deterioration of their color. However, the varnish was sometimes porous and of varying quality. Humidity or long exposure to UV light could break it down and thus open the way for the oxidation.

It seems that a similar oxidation process appeared also on gray-blue dials, but with a different result, transforming the original gray-blue color in a lighter “caramel” one, with different shades probably depending on the original color of the dial.

This rare phenomenon occurred not only on Speedmasters, but also on other models from the same period, as illustrated below. 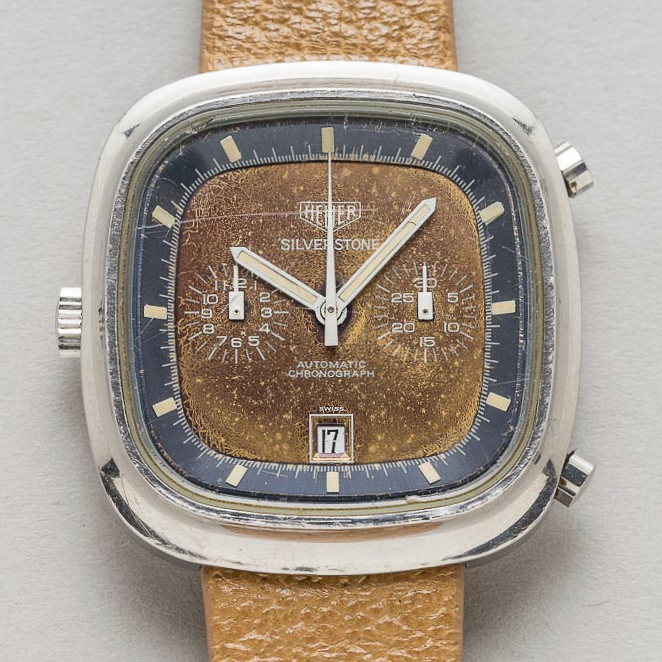 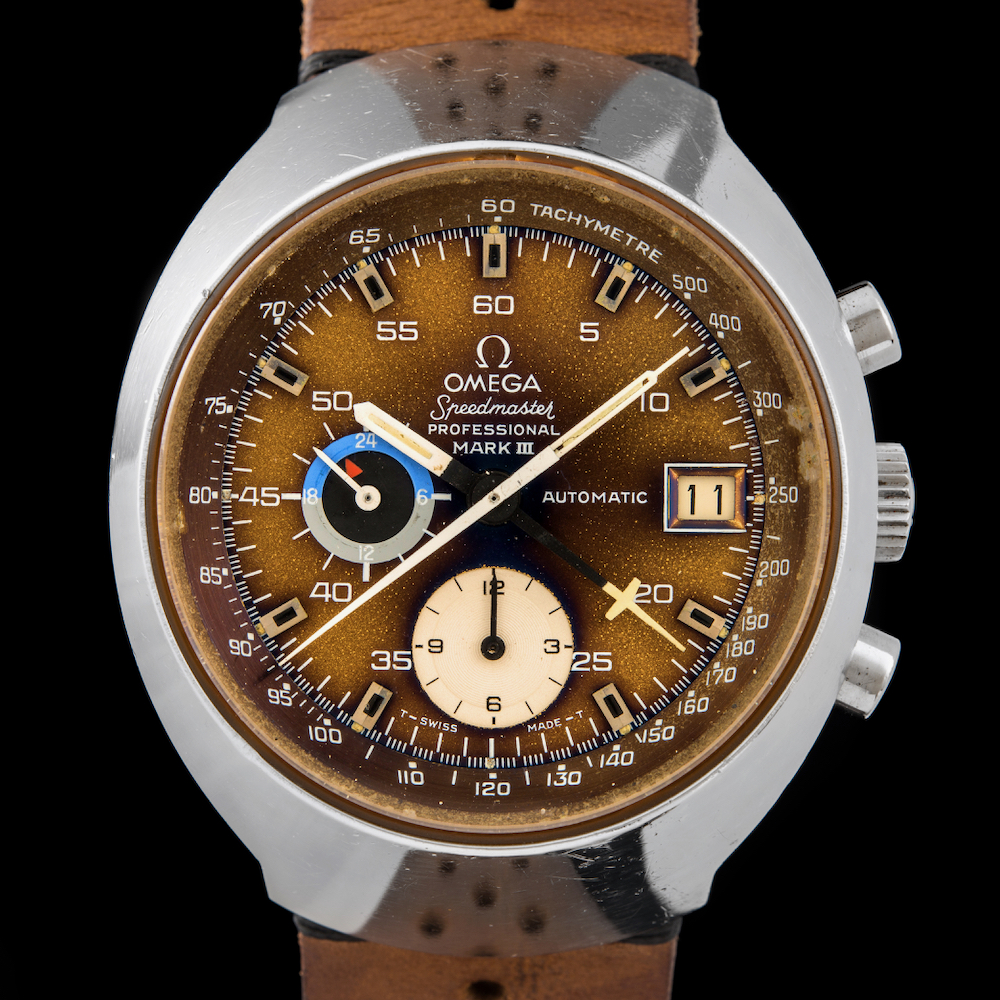 Such a process has been observed on some extremely rare Omega Speedmasters’ gray-blue dials.

The dial is a Type 2. Gray-blue “Wide Minutes Scale”, which has turned to a kind of “caramel” color. The discolouration, due to the oxidation of the original colour, is extreme and heterogeneous, resulting in a very particular patchwork pattern.

The pictures accentuate the flaws, most of which are invisible to the naked eye. The result on the wrist is a really amazing and unique Speedmaster. 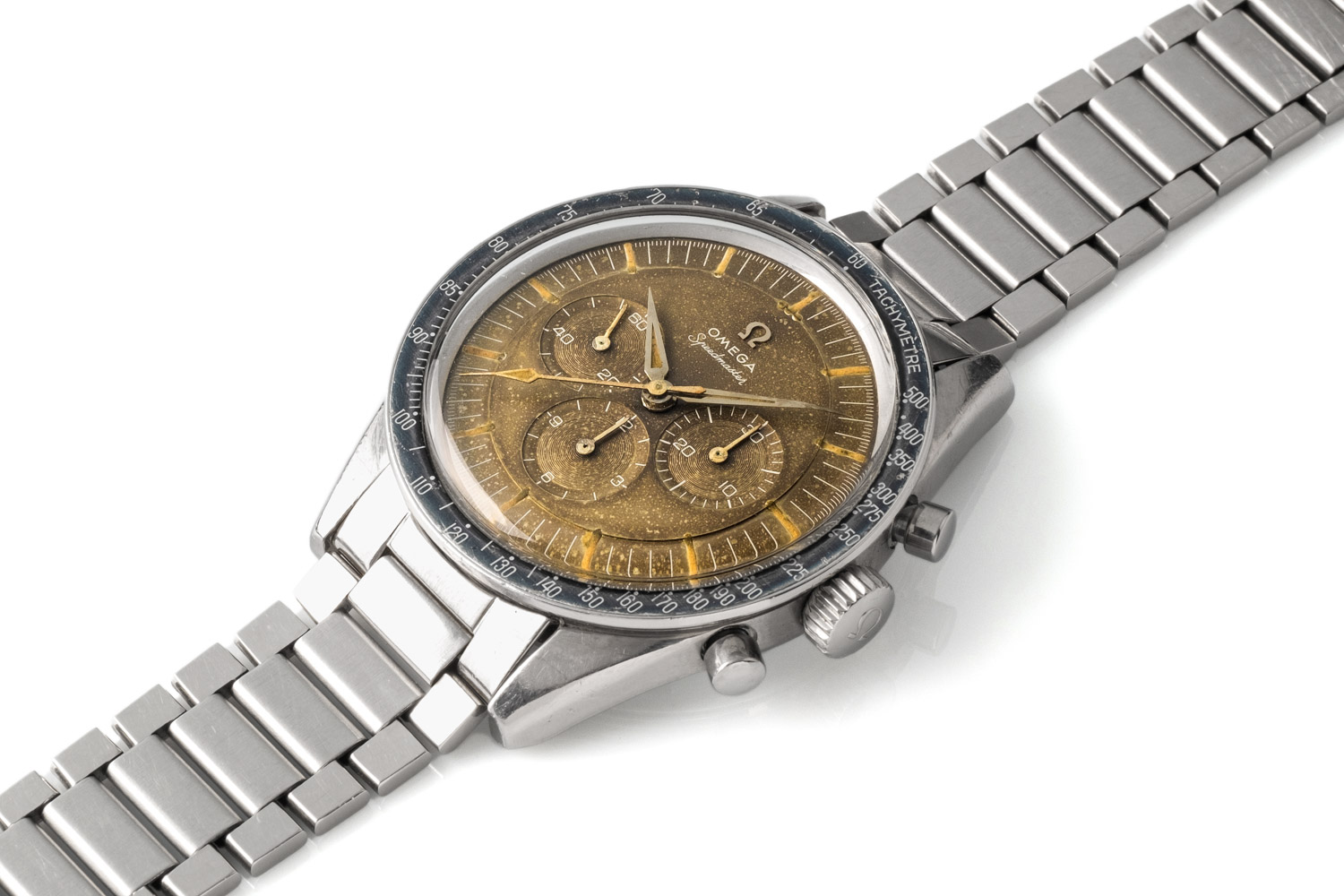 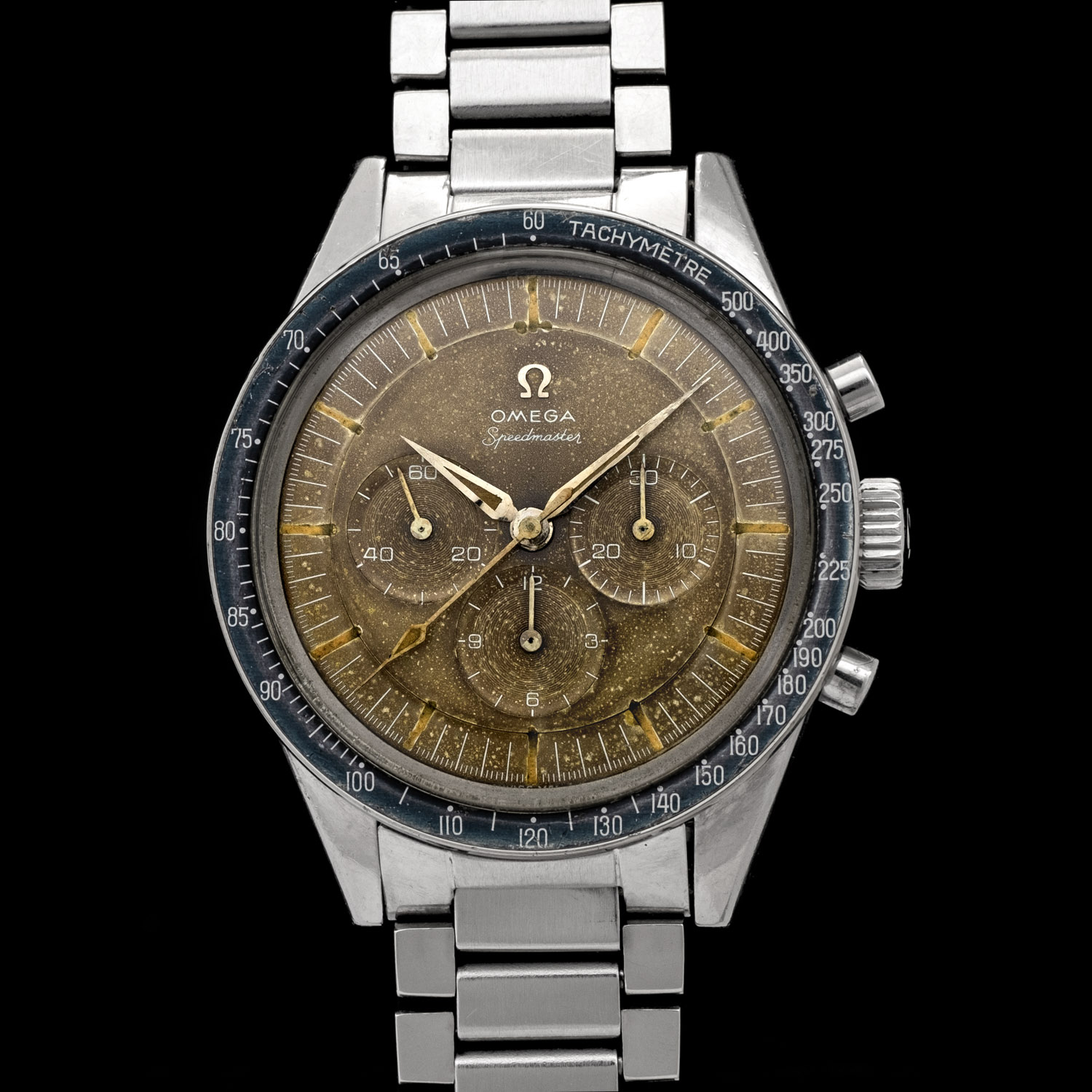 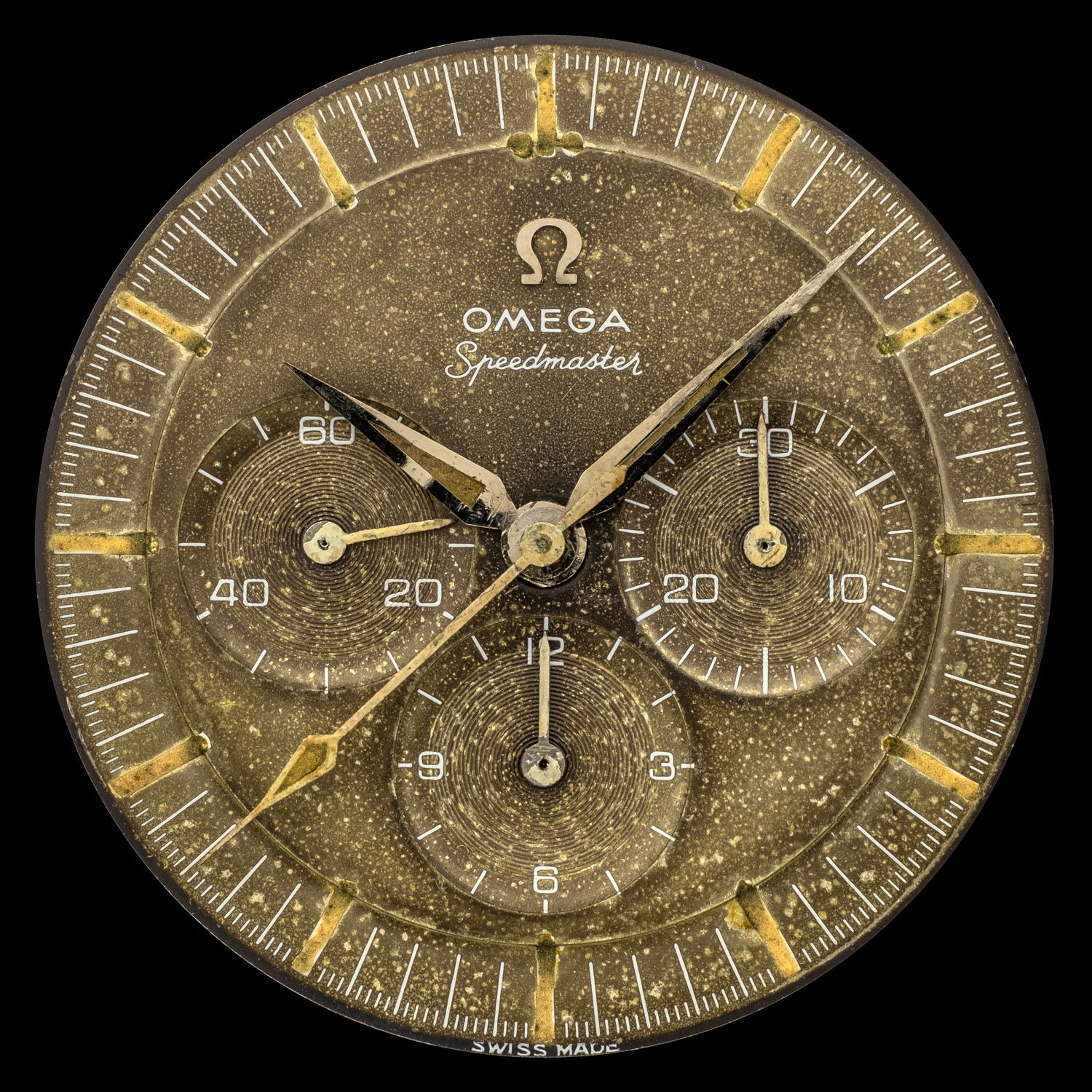 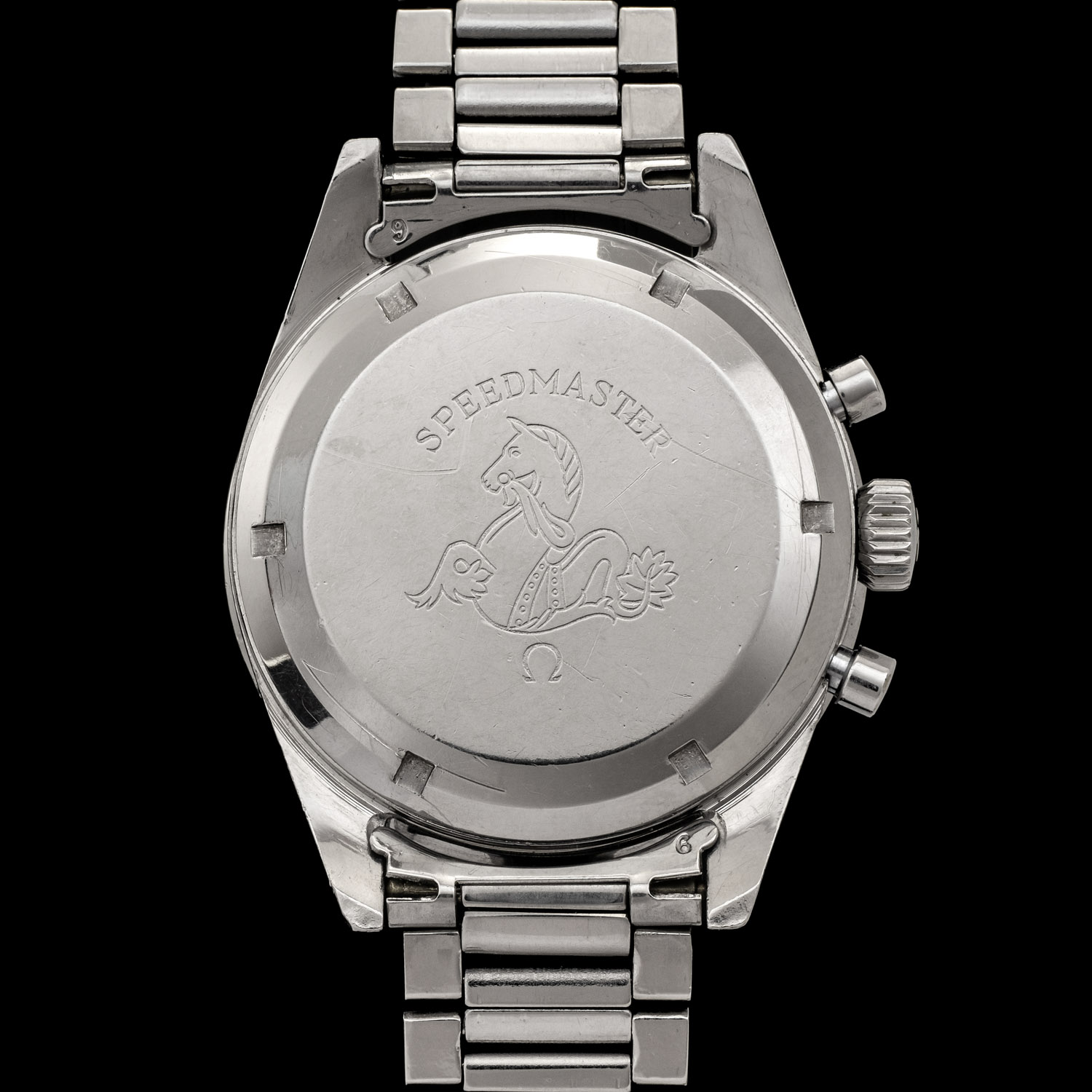 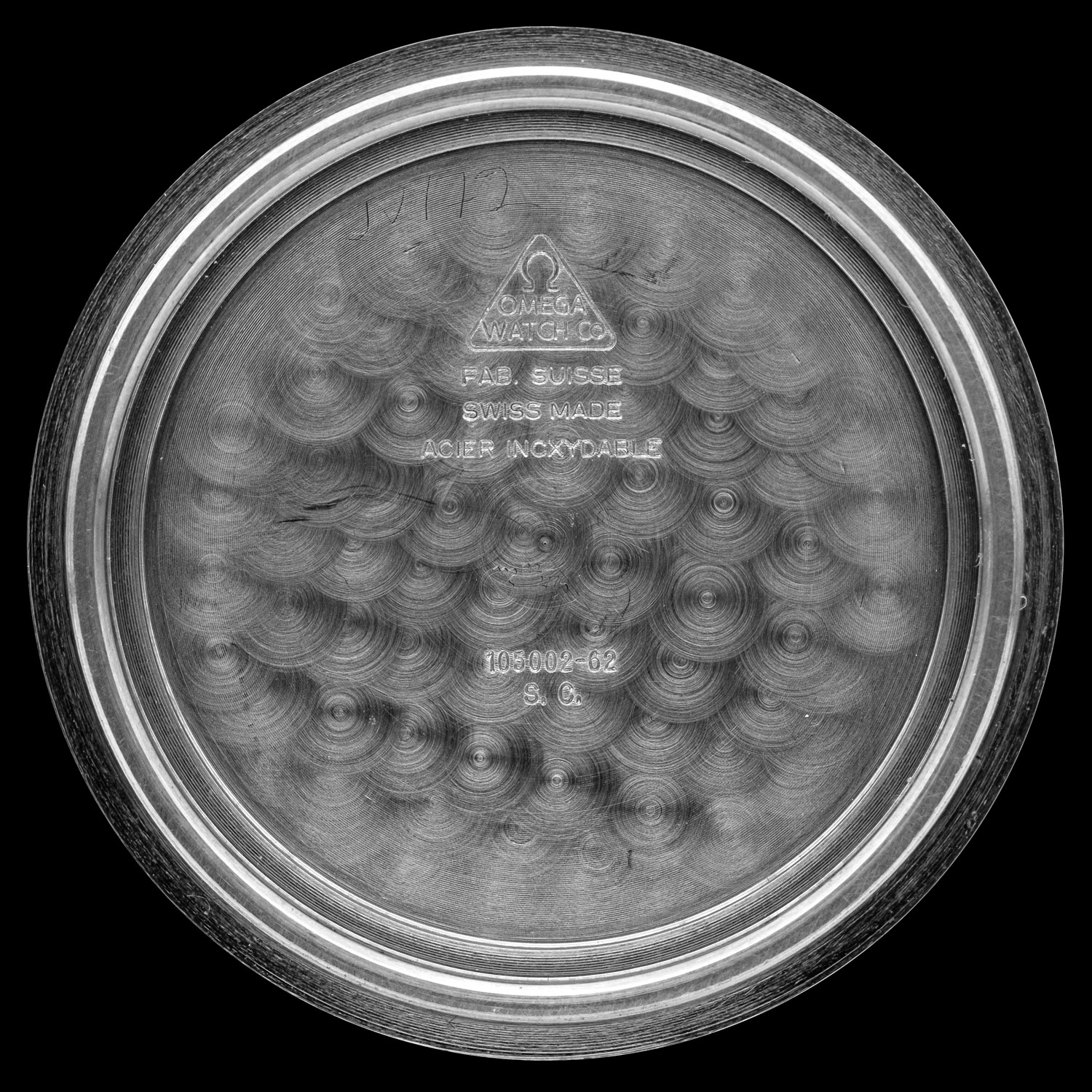 This watch is proposed for sale by Watchfid (here).