REBIRTH OF A MYTH:
NIVADA GRENCHEN 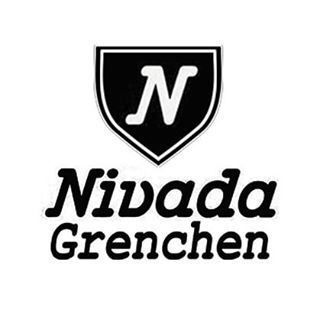 About 3 years ago, we decided to write for the first time a book from the “ONLY” series which was not dedicated to an OMEGA model. This choice was dictated by a very simple reason: we were really passionate about a chronograph from the very beginning of the 60s, more or less forgotten, but endowed with an absolutely fantastic look and incredibly representative of this glorious era during which the foundations of today’s sports watchmaking were created.

This special model was Nivada Grenchen’s Chronomaster, and when we started our research, we couldn’t imagine the great adventure we were embarking on (together with our Italian friend Matteo aka @themasterofspeed).

Then the very name of the model challenged us: Chronomaster (Chronograph for the very first series) Aviator Sea Diver. It was therefore a completely versatile sports watch, the objective of which was to meet all the requirements of the public at the time. A real “Swiss knife” of watchmaking therefore, and this from 1961, the year of its creation.

But very quickly, after retracing the beginnings of history, it was the immense variety of dials, hands configurations, bezels and calibers that definitively decided us to publish an “ONLY” book dedicated to this chronograph .

The success of the book was immediate, and beyond all personal satisfaction, we were delighted to make (re) discover this extraordinary model to a new public of collectors with whom it had previously gone unnoticed. Many articles were then devoted to Chronomasters, and we received many inquiries about these models. At the same time (and this is a common phenomenon when stories of this type, long forgotten, are revealed again), the price of the rarest vintage models has increased considerably.

You can find the whole story and all the detail about these Chronomasters in our book, which is presented here. 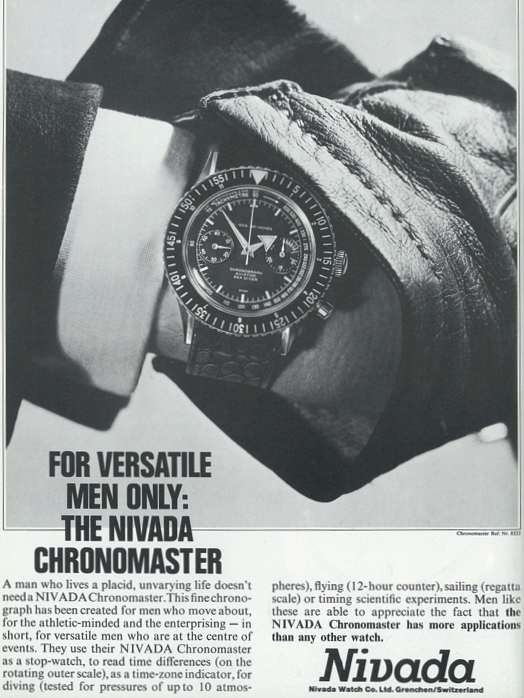 A Nivada advertisement of 1966.

It was at the beginning of this year that we became aware of the project of Guillaume Laidet, already known to be at the origin of the watch brand William L, to revive the Nivada Grenchen brand, and in particular the Chronomasters.

It was obviously a big surprise for everyone. Very good news of course, even if one of the conditions for the success of the project was, in our opinion, respect for the original models and listening to the world of collectors. Condition which seems to have been fully taken into account by Guillaume, so much so that we are delighted to collaborate on this project by associating our book with the operation, since the future buyers of the new Nivada models will receive with their watch a copy of our Chronomaster Only book. 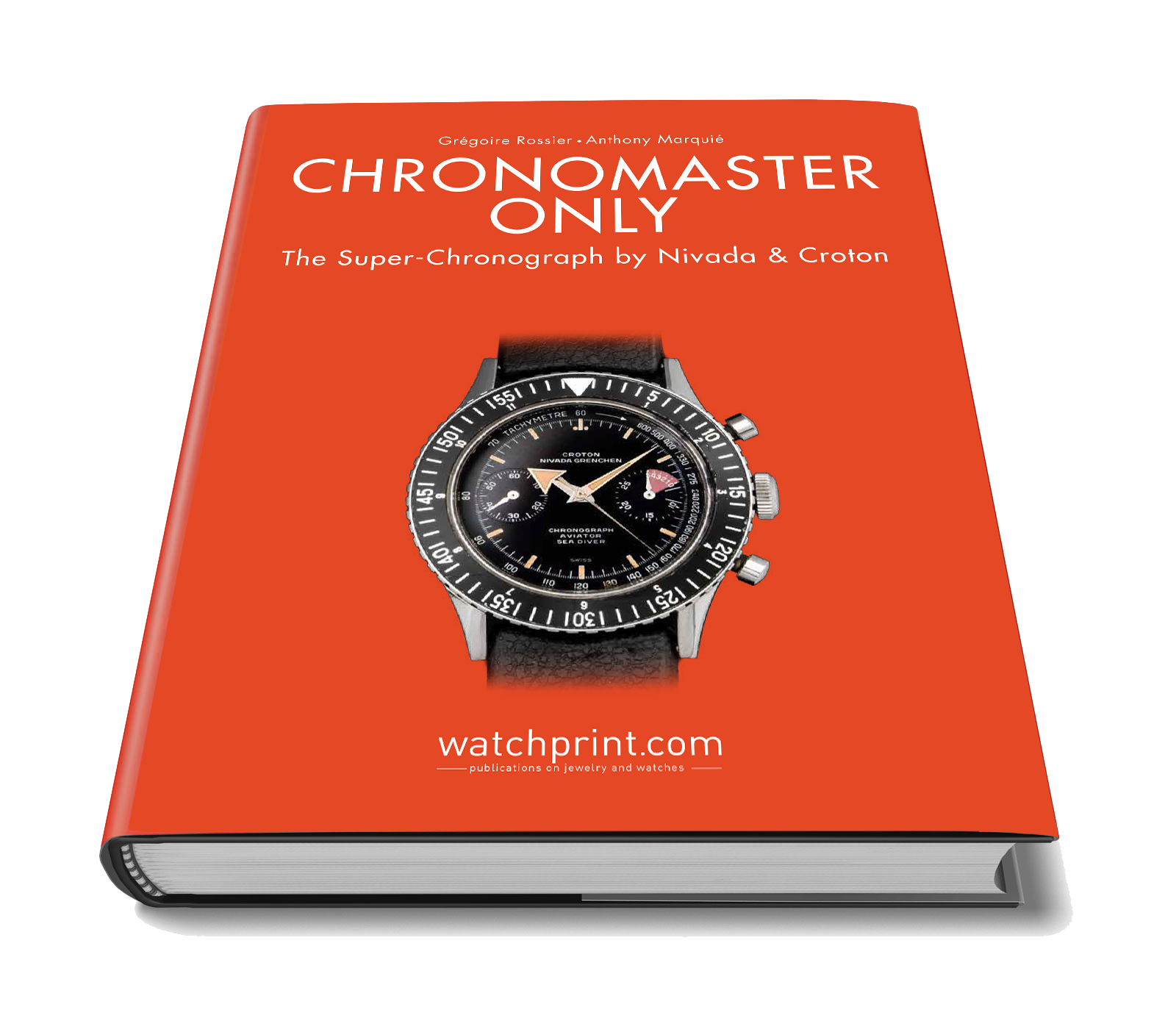 We strongly believe in this new project. This is the reason why we wanted to include in this article an interview with Guillaume, in order to better understand his motivations and to share our common enthusiasm. 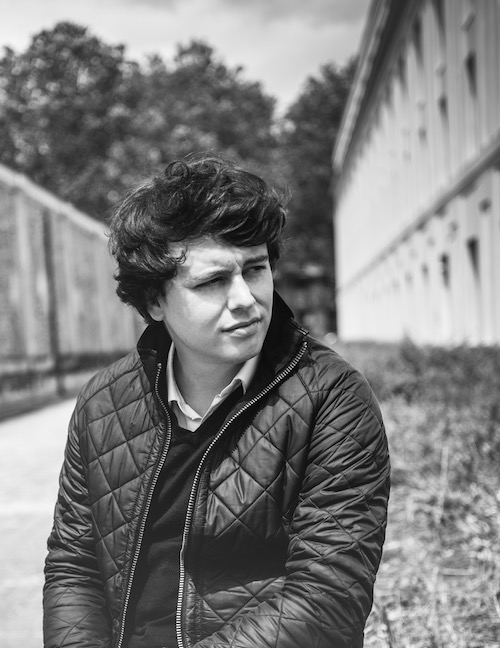 Guillaume, for people who still don’t know you, tell us more about your background.

I am a 35 years old French entrepreneur in the watch industry (former Zenith, Jaeger-Lecoultre, and founder of William L.1985), father of a 3,5 years old daughter and watch & cognac aficionados.

How/when did your interest for watches start? And do you remember your first watch

It started with an old Ebauche Suisse chronograph from the 50’s.
Wow, good question, probably a Flik Flak or a Festina I received for a birthday very long time ago… 😉

You started your entrepreneurial journey in the watch industry with the brand William L. and that was the first time we met in Baselworld, in 2017. What did you learn during this experience?

Yes, I remember well, you were hanging out with my good friend Olivier Gillet (@Milanese on Instagram).
I started William L in 2015 with Kickstarter, it was the very beginning of microbrands born with crowdfunding and social medias.
It has been a very, very, rich experience, I’ve learnt a lot as I was just a marketing and communication guy, I had to learn production, logistics, commercial contracts, human resources… I’ve learnt from the success as we have reached 600 point of sales in more than 50 countries and also from the failures with financial treasury problems, stock issues and strategic divergences with investors.
I’ve also met a ton of great people and that’s thank to this great network that I had the opportunity to move on with Nivada Grenchen.

That brings us to this new Nivada Grenchen story. When and how did you hear about that brand for the first time? And why did it ring a bell?

The first time I heard about Nivada was probably when I was working for zenith in 2010. But the story started in Paris two years ago during a discussion with Remi Chabrat, the owner of the Montrichard Group (private label watchmaker). Remi was in business with the Mexican group (Holzer Y Cia SA de CV) who owned the Nivada brand.
I told him they had gold in their hands with this iconic brand and timeless collections made by Nivada Grenchen back in the days such as the mythical Chronomaster Aviator See Diver, the legendary Antarctic, the Depthmaster, Datomaster, Travelmaster and many more…

So you decided to relaunch the Chronomaster, and we are very pleased to collaborate to this project by providing the lucky future owners of the new models with our Chronomaster Only book. Could you introduce the models you have decided to sell and why you chose them?

I chose the models I preferred from the vintage models I found during my research about the Chronomaster history.
The one with black dial and broad arrow hands that is used on the cover of the Chronomaster Only book was for sure mandatory.

Why do you plan to release models with two different movements: manual winding and automatic?

When you look at the competition for swiss made chronographs you find mostly automatic models so that’s why we first chose to go automatic. But as we wanted to stick the more we can to the originals we had to propose a manual version, that’s what the aficionados really wanted.

Are the vintage historical models important for you, and how do they inspire the new ones?

They are not important, they are essential to me, they are the reason why of the project, again the idea is to stick to them and make accurate reeditions. 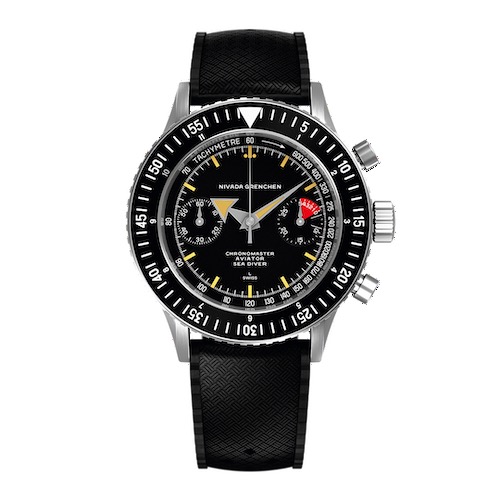 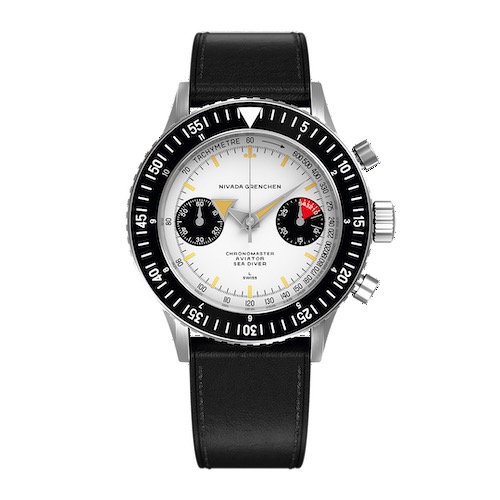 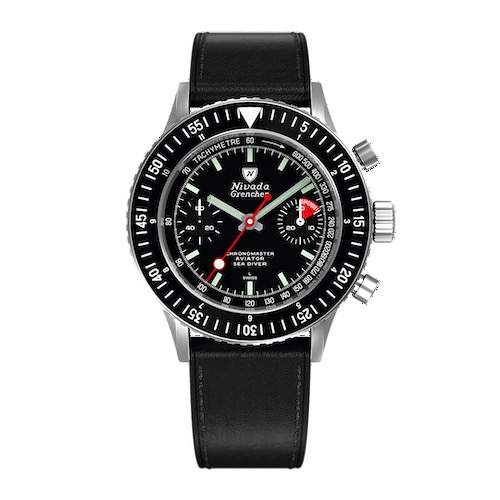 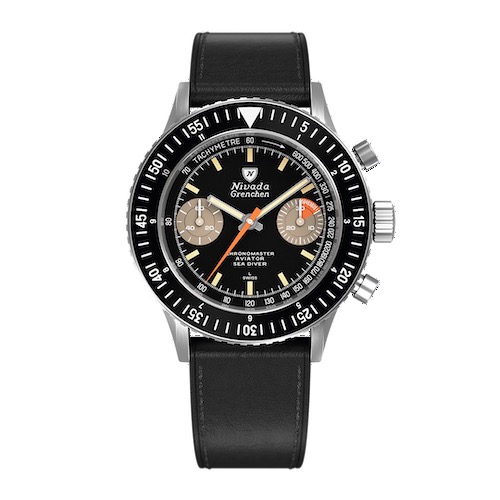 Are the new models limited? Numerated? How does it work?

They are numerated, we did not want to make limited editions and then no one can get the legendary black dial with broad arrow reeditions again. The production will be limited to a few thousand pieces a year.

Where are the new Chronomasters manufactured?

In Switzerland with Sellita movements, we will also use some components from China, the aim was to offer very competitive prices and for now it was impossible to get 100% of Swiss components for “affordable” final prices. 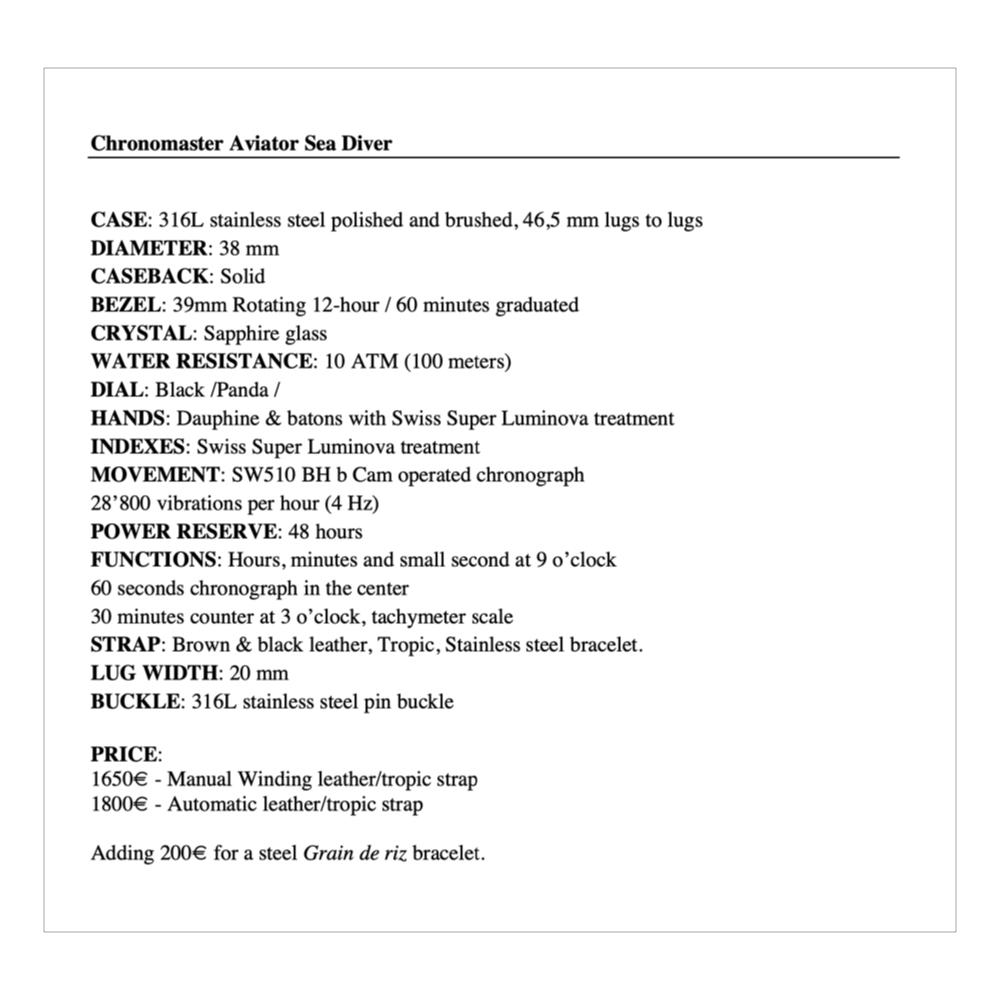 Specifications of the new Chronomasters.

And then you chose the Antarctic, which actually has a very nice story too. How many variations of these do you plan to sell?

Yes there is a great story behind Antarctic with the geophysical year and the Operation Deepfreeze.
There will be 3 variations, date, no date and no date with blue seconds hand. 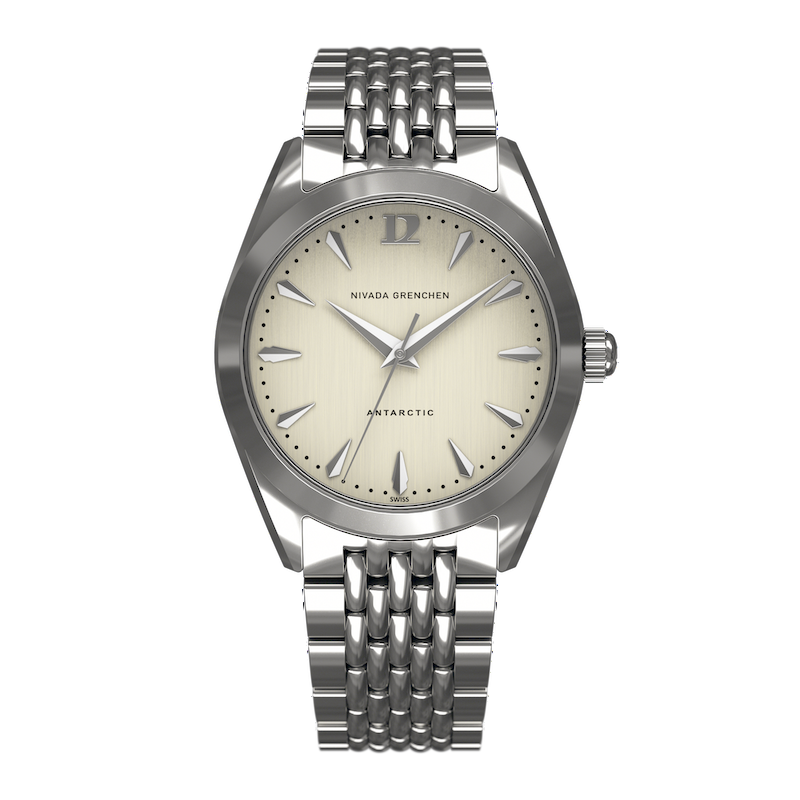 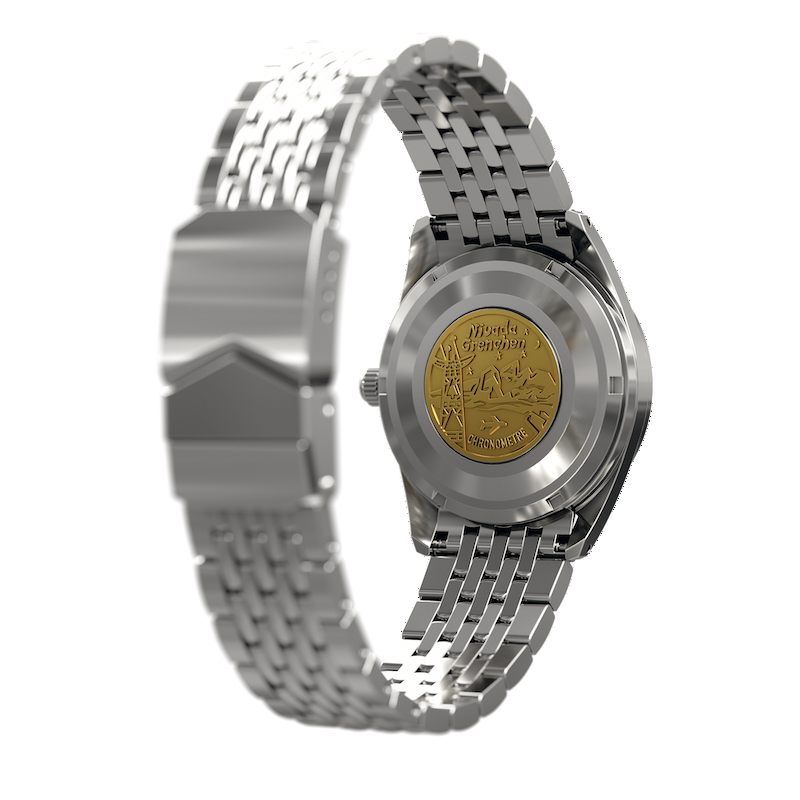 The new Antarctic model, with its specific medallion on the caseback.

According to you, who will be the typical owner of a new Nivada Grenchen watch?

The typical owner will probably be a connoisseur or a watch aficionado, we can already say that collectors of vintage Nivada really want to add a new piece to their collection. I hope we will be able to open a bit the circle to a new audience thanks to the affordable prices.

Do you already have a global strategy for the “new” Nivada Grenchen brand? Other models to complete the range in the next few years, always based on the original ones from the 60s/70s?

Yes, we will only focus on vintage reeditions, exactly how we are doing with Antarctic and Chronomaster, there is everything we need in the past collections of Nivada Grenchen. We receive almost every day demand for the Depthmaster, then for the Datomaster, the Chronoking and Antarctic diver…

In order to allow readers to better understand the work of the new Nivada Grenchen teams, we wanted to exclusively present these comparative images between the new models and the old ones (taken from our Chronomaster Only book).

The result is truly striking. Congratulations to Guillaume and his team. 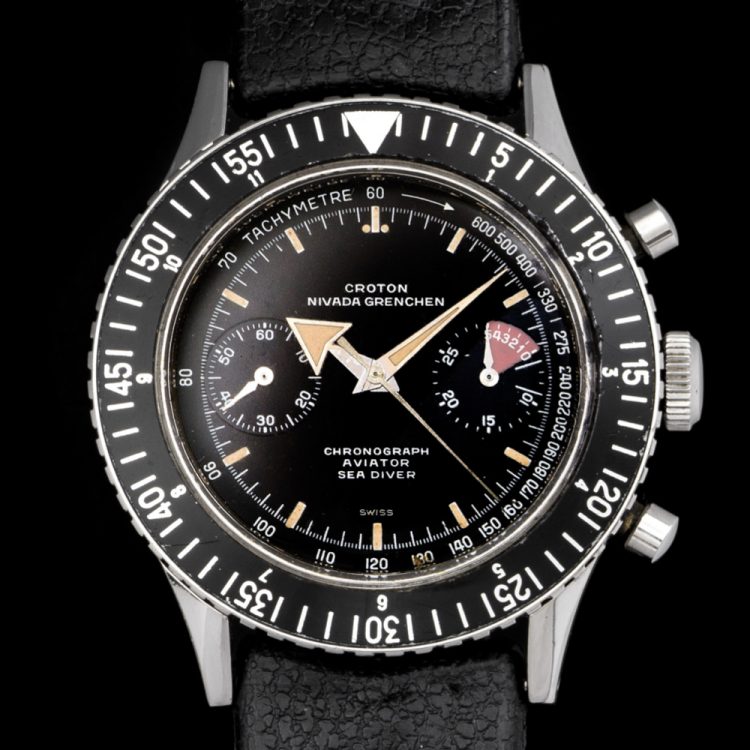 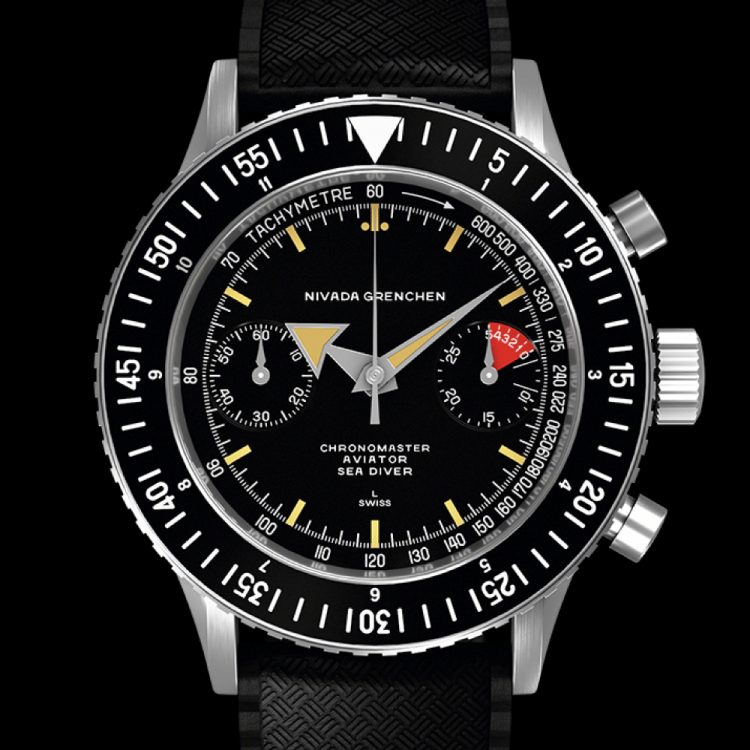 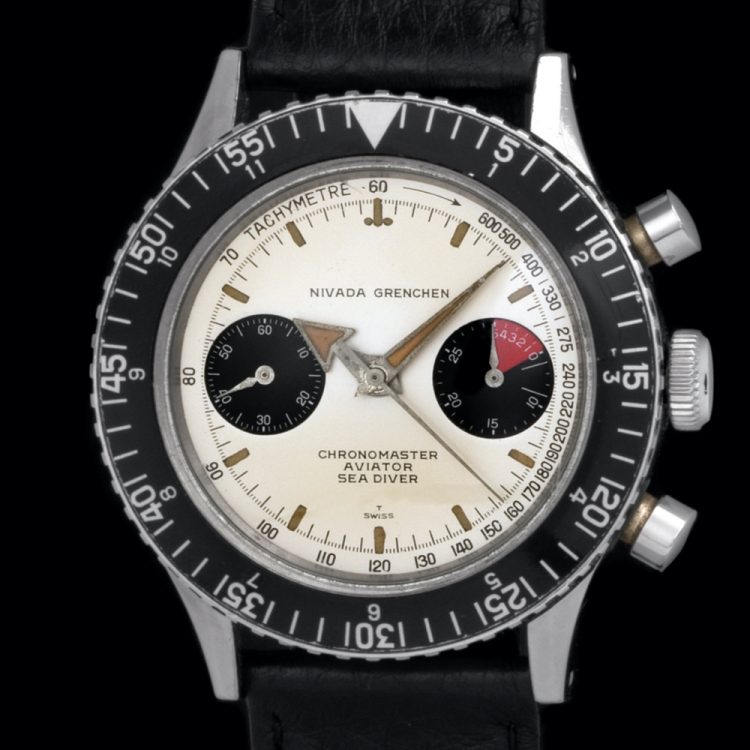 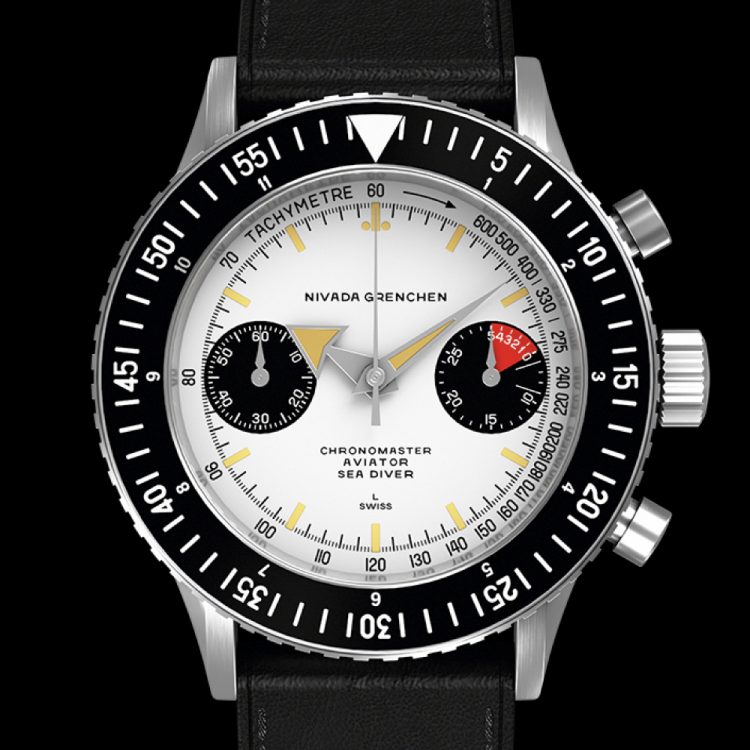 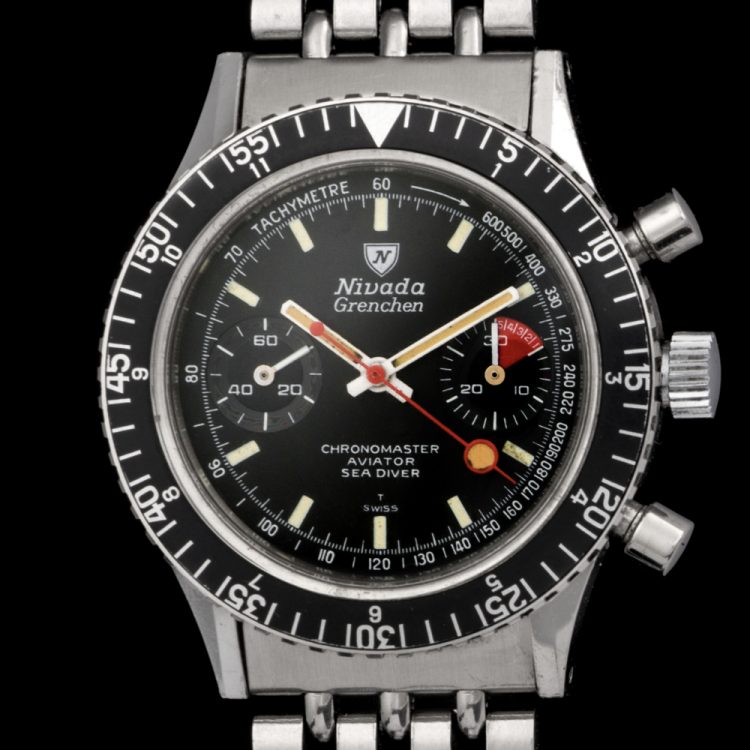 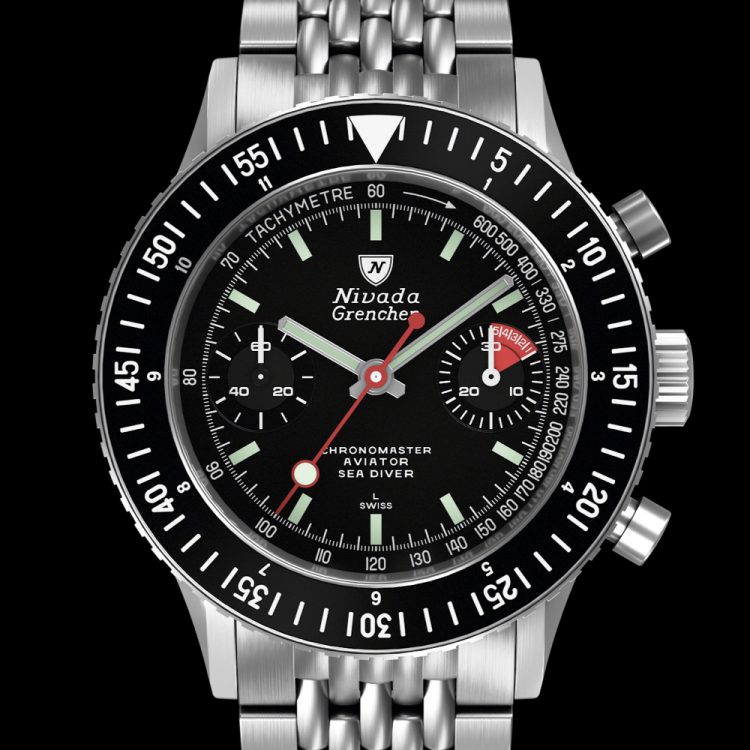 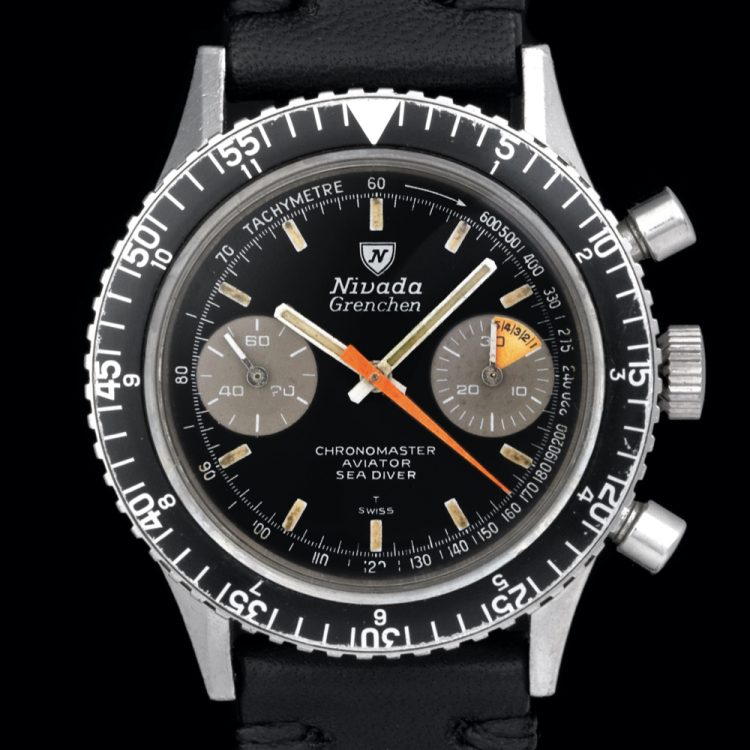 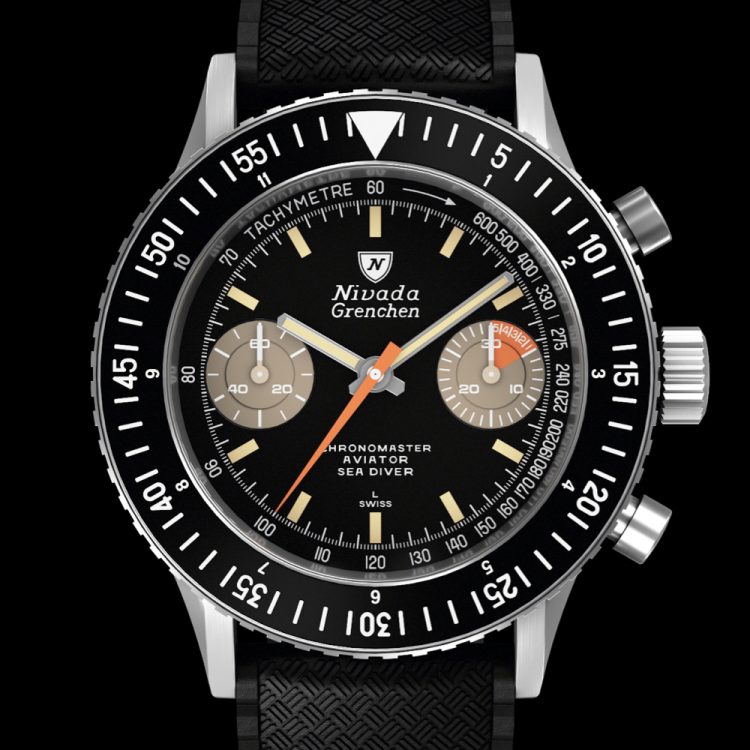 The new Nivada Grenchen project is really exciting. Actually there are not many other stories like this one. Stay tuned because there will certainly be other interesting news from this brand.

LOOKING FOR A NIVADA CHRONOMASTER?