Some models are offered by the brands with the choice of a white (or silver) or black dial, such as the Rolex Daytona for example, and it is then possible to choose to buy one or the other.

For the Speedmaster, this choice is more complicated because only certain special or limited series have been produced with a light-colored dial, while the standard production has always been equipped with a black dial, from 1957 until today (which is besides, one of the main features of this watch).

Excluding the silver-colored dials (all fitted on white gold models, see our previous review here), as well as some panda dials (see here), only 3 editions of Speedmasters were produced with white dials.

But before those 3 “regular” series, the first white dials on Speedmasters seem to date from the 1980s. There are 3 different variants actually, which differ mainly by the presence of the “Professional” mention or not, and of Ts flanking “SWISS MADE” or not. They all have golden indexes. The only clues we have about their origin come from OMEGA: these white dials could have been made on the initiative of the German distributor to meet the wishes of some of his clients.

But in our opinion, this is still unclear:

– first, why would there be three different variants,
– second, very very few have been observed (less than 10),
– and third, at least 2 of them were not delivered to Germany.

A more likely hypothesis is that they correspond to study dials that have never been officially commercialized, and that may have been fitted on standard watches later (or already in the 1980s). 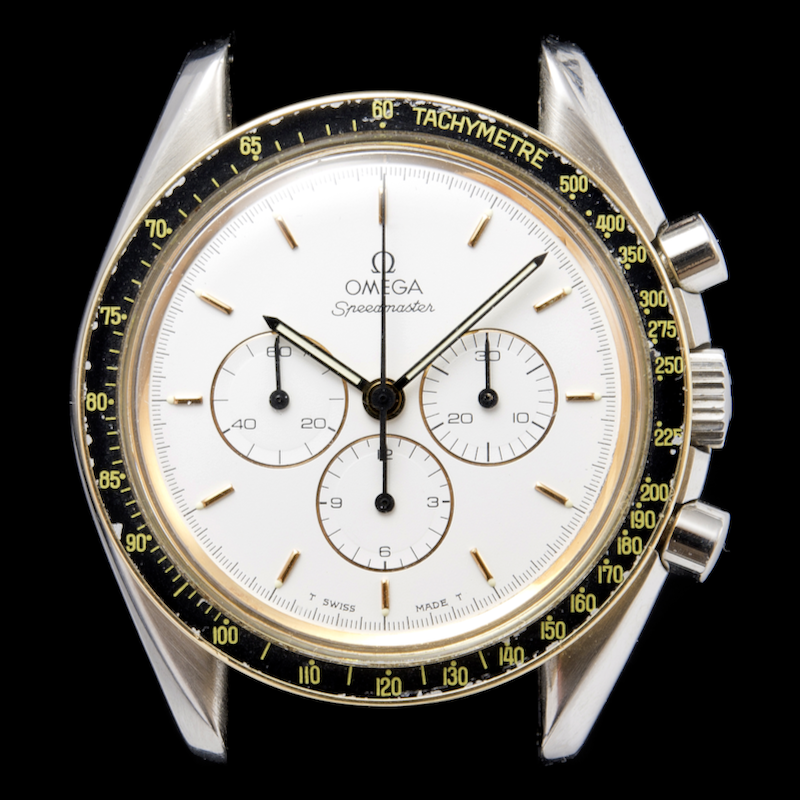 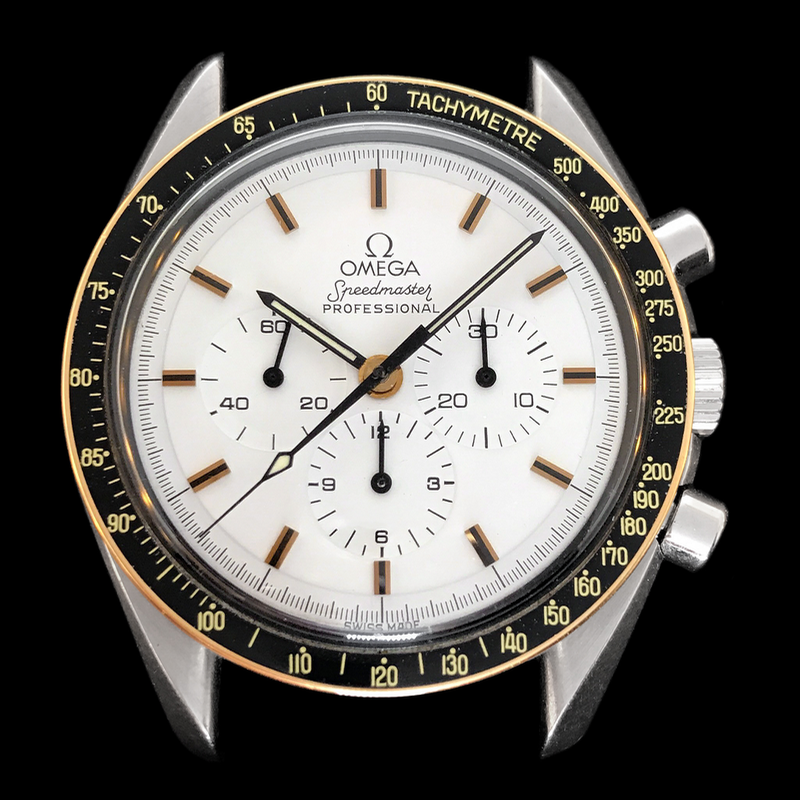 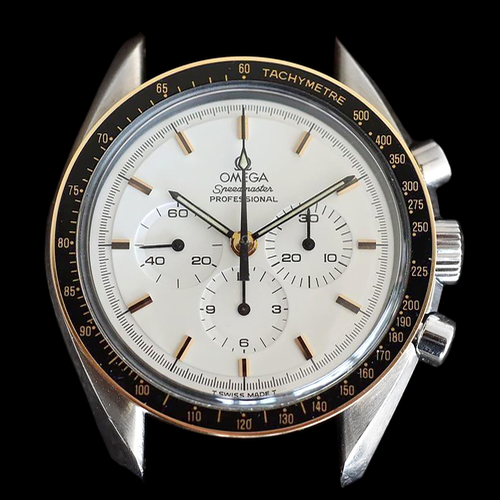 Three examples of white dials from the 1980s

In this article, we will focus on the other three limited editions equipped with a specific white dial.

It will take almost 15 years to find another white dial on an OMEGA Speedmaster. It was in 1997 that OMEGA decided to sell a limited edition of 500 pieces (exclusively for Italy) to celebrate the 40th anniversary of the Speedmaster. The dial of this model is not actually white, but rather cream.

A little more than ten years later, the brand publishes a new version limited to 1970 copies also equipped with a white dial, to commemorate the Alaska project of the 1970s.

Finally, it is in 2016 that OMEGA offers a new version of its famous model Snoopy Award, also limited to 1970 copies, with a specific white dial.

This review is dedicated to those three amazing models. 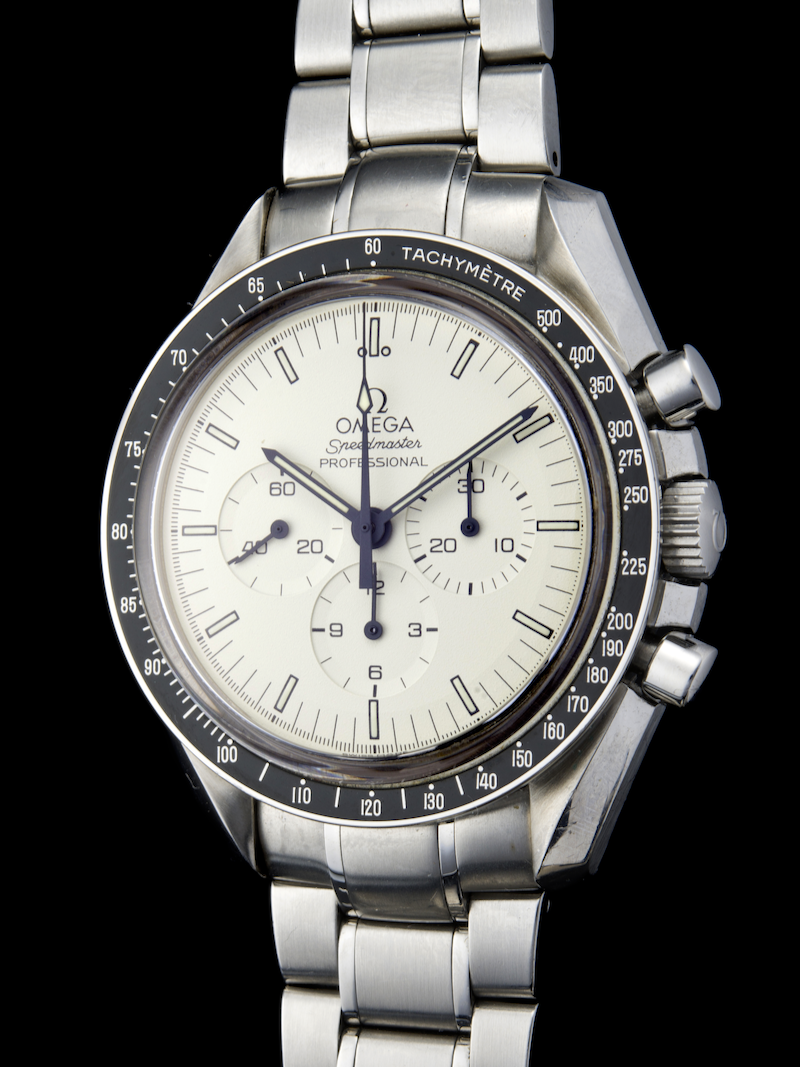 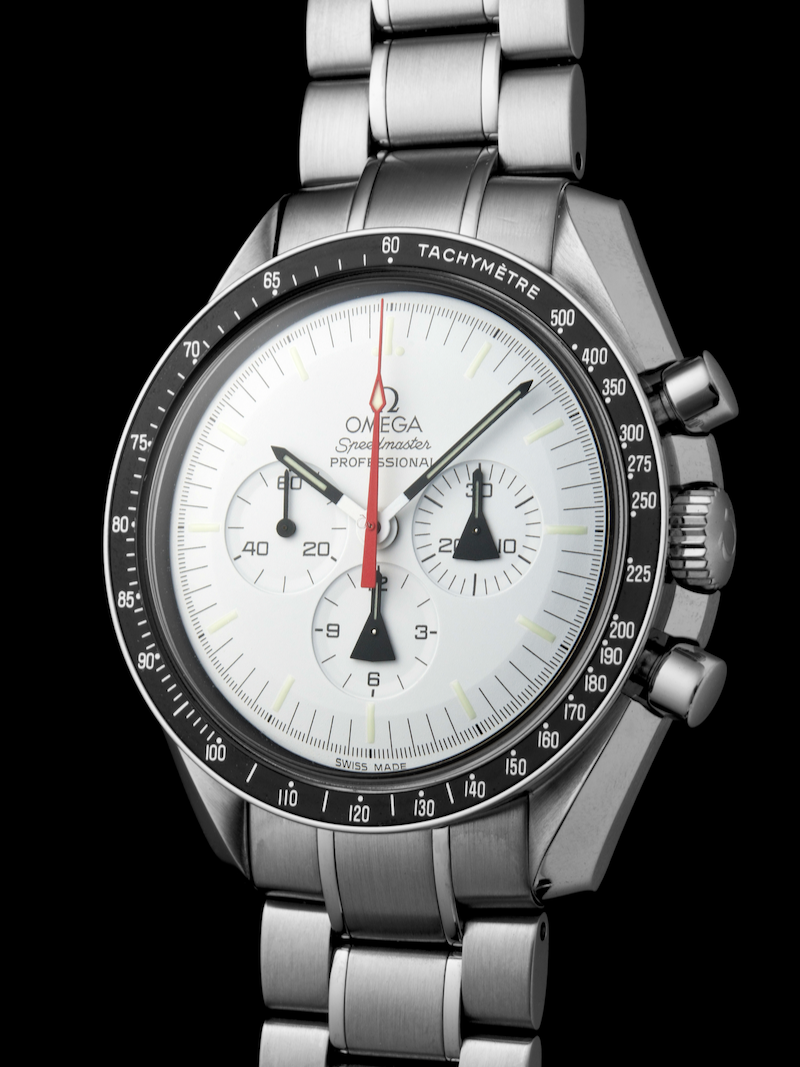 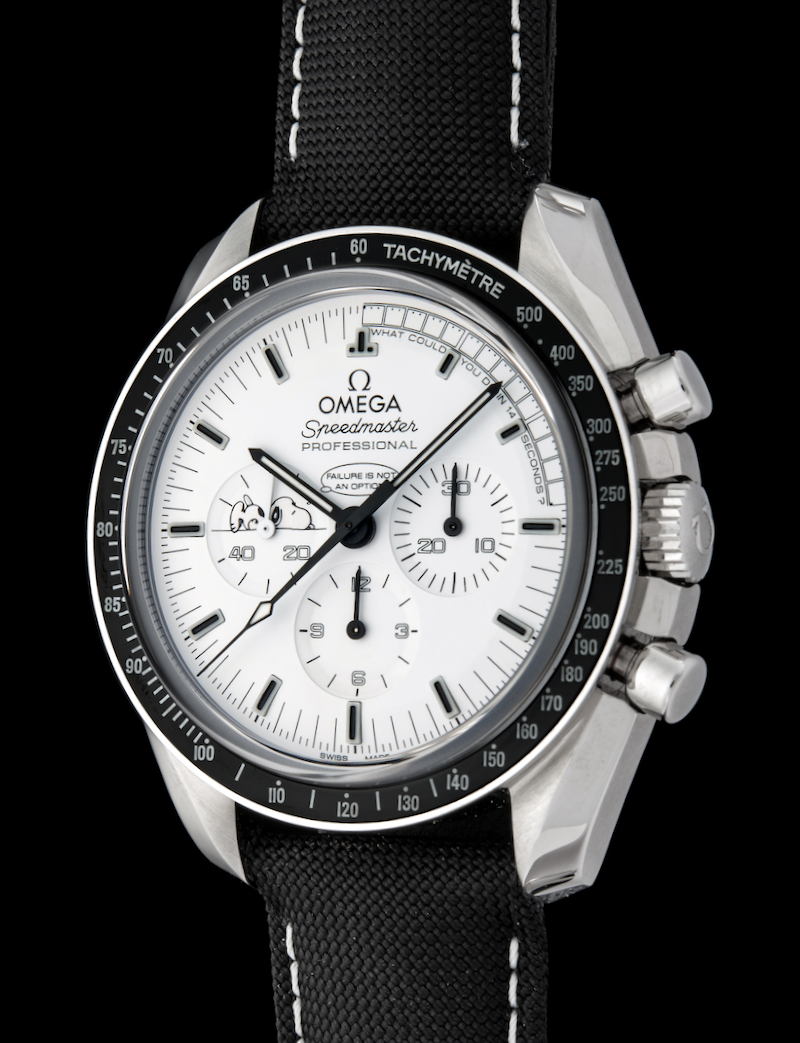 Numbered series of 500 watches for Italy

This model with its cream-colored dial and anthracite hands is part of a limited edition of 500 watches commemorating the 40 years of the Speedmaster and ordered for the Italian market.

It also featured a caliber 1863 movement, a transparent caseback and a sapphire-crystal glass. Note that it was one of the first Speedmasters with luminova hands and dial.

The watch was presented in a black leather box with a limited-series certificate in Italian.

This model, very popular with collectors, was sold either or a stainless steel bracelet or a black leather strap. 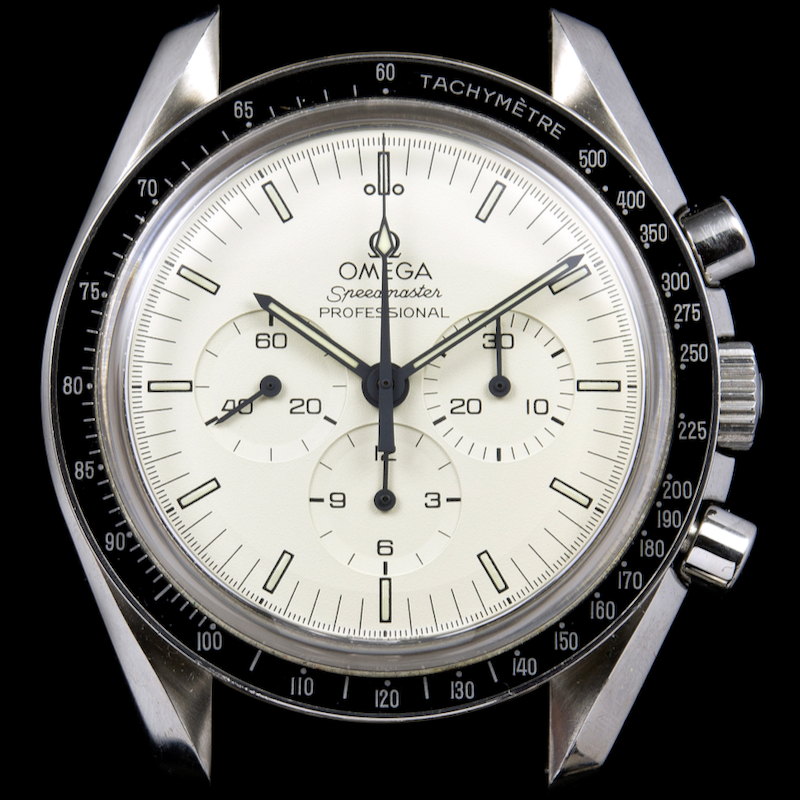 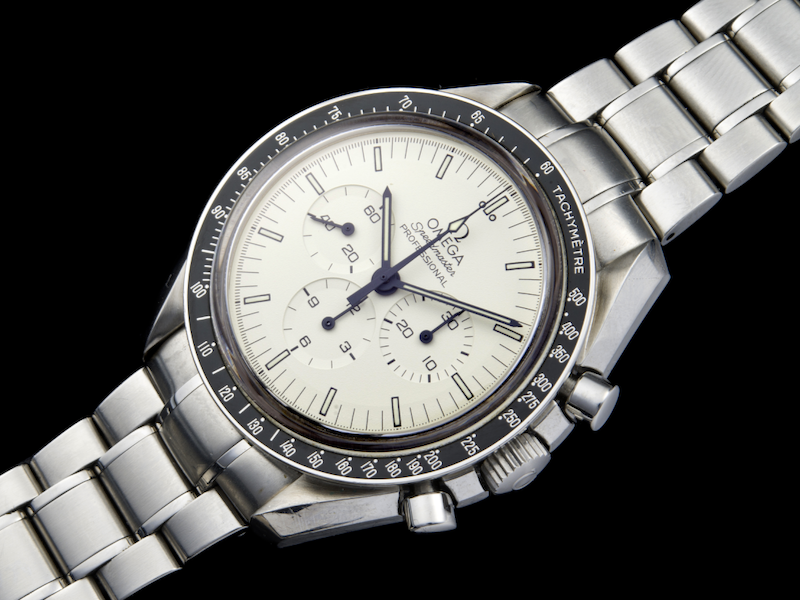 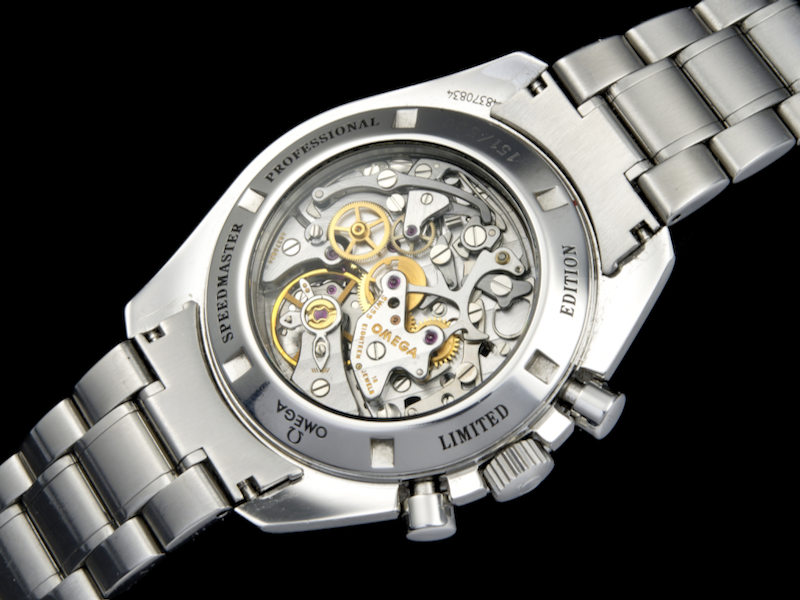 The Alaska Project, initiated in around 1968, was a secret OMEGA code for development projects aimed, among others, at improving of the Speedmaster.

This limited edition of 1’970 watches, made in 2008, adopted the stylistic features of one of the prototypes: a white dial for increased sun heat reflection, a removable casing to act as a shield against extreme temperatures, and luminous small chronograph hands.

The watch was presented with a complete set of specific accessories:

– two white Velcro straps (one short and one long),
– a special case in red anodized aluminum,
– a tool to remove the straps,
– spare tips & spare pumps,
– a gray card case with a limited-series card,
– a certificate of authenticity. 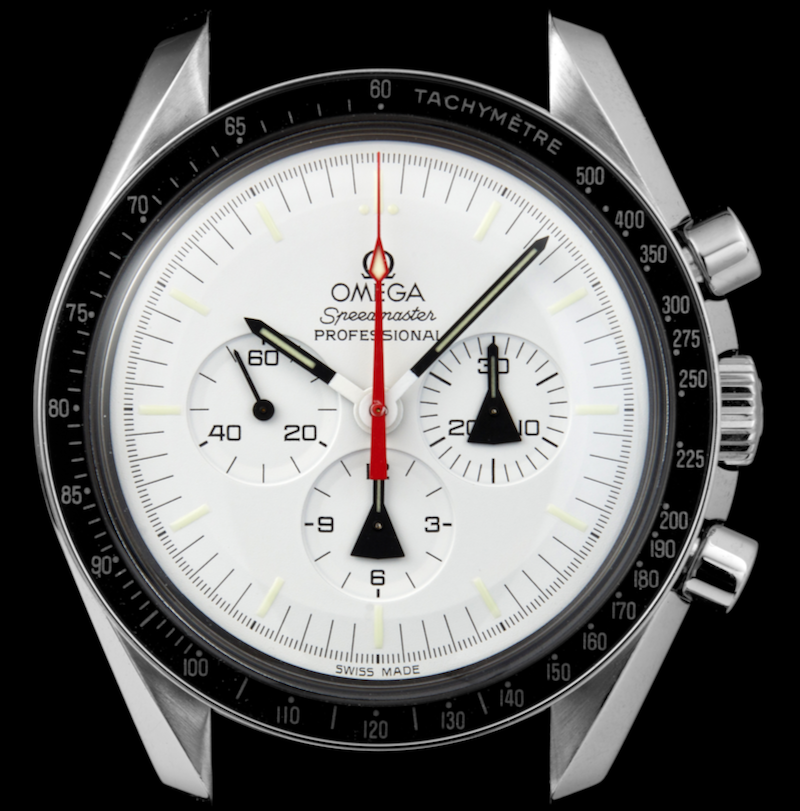 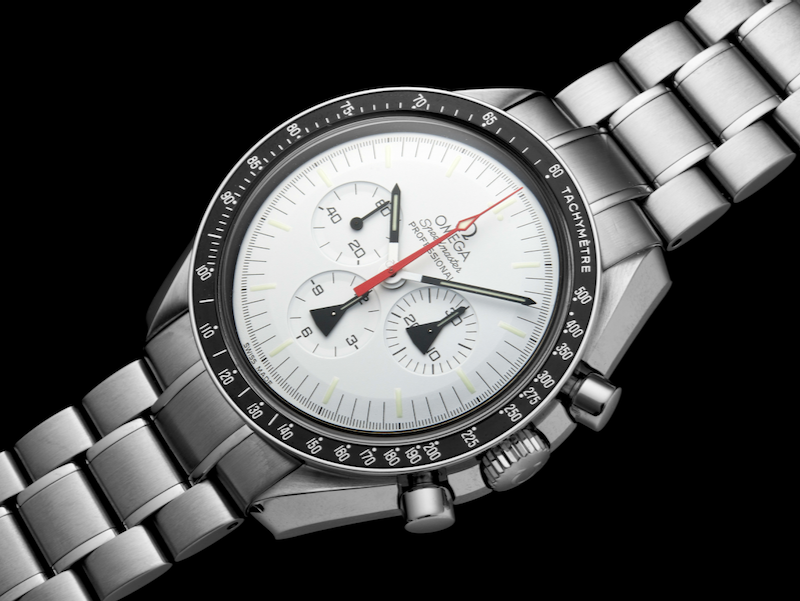 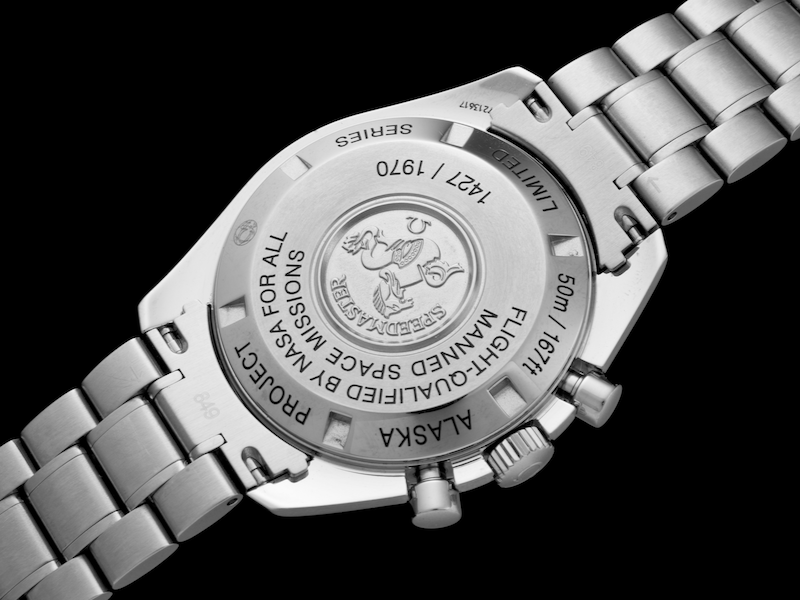 This edition marks the 45th anniversary of Apollo 13. It adopts a theme that is still appreciated by collectors, being the second series referring to the famous Snoopy Award after that of 2003.

It comprises a large number of peculiarities, which makes it one of OMEGA’s most elaborate limited series.

To start with, the white dial is distinctive and features two references to incidents that took place during the Apollo 13 flight:
– “What could you do in 14 seconds?” refers to the time taken to correct the trajectory measured by the Apollo 13 astronauts with their Speedmasters, and the 14 frames recalling the Snoopy comic strip in an arc between 0 and 14 seconds.
– “Failure is not an option” in a speech bubble from the Snoopy character within the subdial at 9 o’clock, coated, like the hour markers, with luminova.

The Snoopy character is of course featured on the dial and, for the first time, is coated with luminova.

The caseback is adorned with a medallion hand-crafted in solid silver by OMEGA and surrounded by a field of blue enamel with silver flecks representing a starry sky. This makes each model unique.

The insert of the bezel is in black ceramic with luminova graduation. This, with the markings of the dial, gives the watch a glowingly original aspect in the dark. 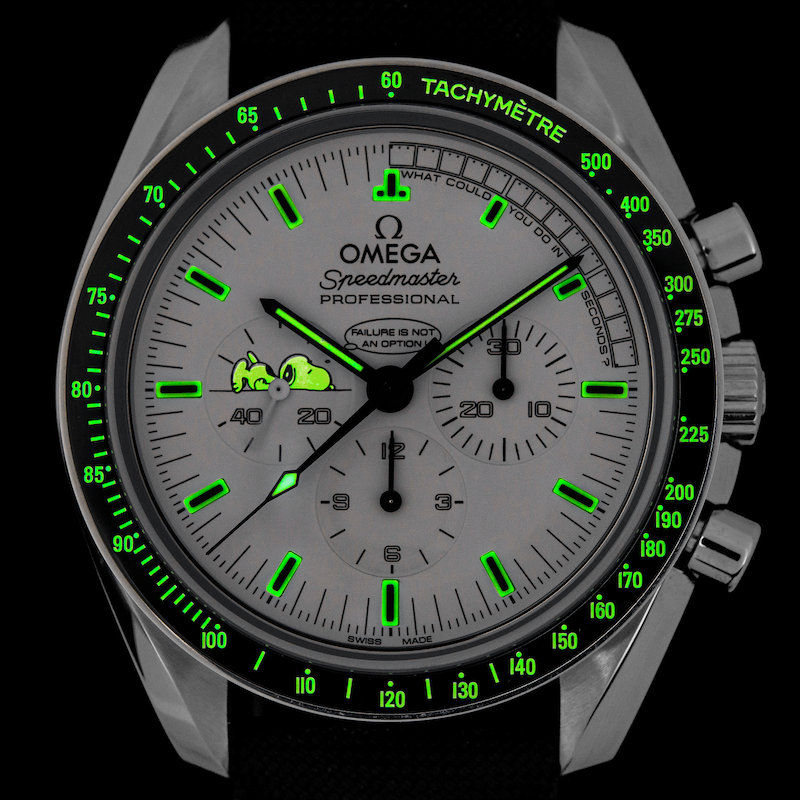 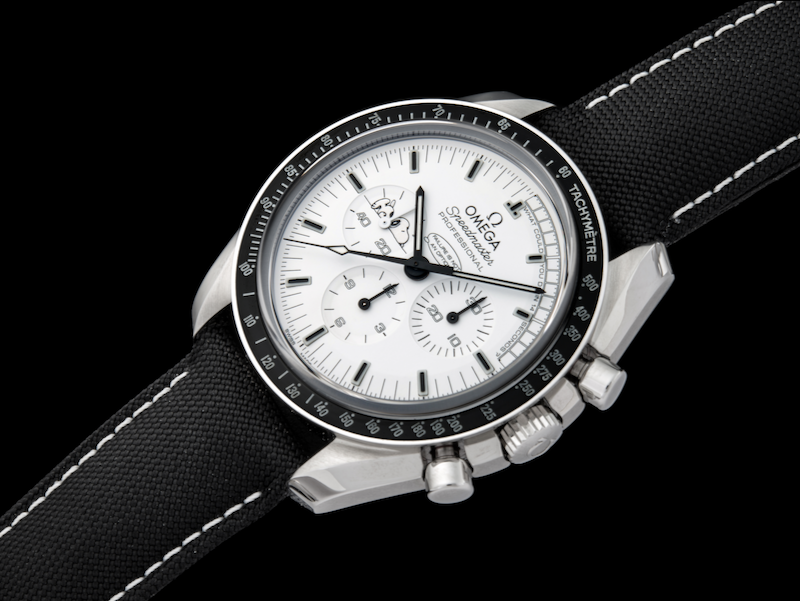 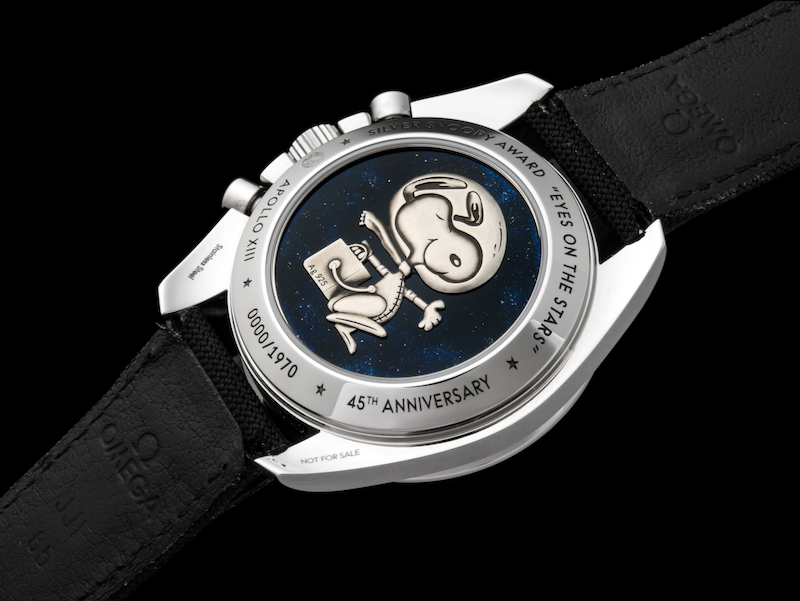