FLIGHTMASTER: WHAT’S IN A NAME?

During the 1950s, new features were incorporated into watches tailored to satisfy the emerging new breed of customers and their needs: chronographs with tachymeters for professional racing drivers, slide rules, dual-time indications and 24-hour displays for pilots and international travelers, pulsometer scales for doctors, water-resistant crowns and cases with rotating bezels for divers, increased magnetic resistance for scientists, hacking seconds, tritium and fixed lugs for the military…

It was during these highly active times that OMEGA, responding to the radical transformation of everyday life, created and launched a series of extraordinary timepieces which could serve professionals and active amateurs with incredible efficiency: the very first Speedmaster, the Railmaster and the Seamaster 300, all three forming in 1957 what collectors the world over lovingly call The Trilogy.

However, it seems that OMEGA had even bigger plans and was actively planning the creation of a fourth “Master” watch, one that was intended purely for pilots.

In a remarkable twist of everything known until today, OMEGA registered the name “Flightmaster” very early on. In fact, the Swiss Agency for Intellectual Property (BIRPI), under the number 201929, granted protection for the name on July 19, 1957 on behalf of OMEGA. 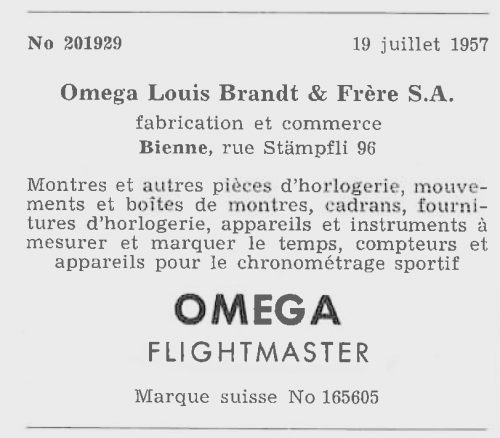 First official registration of the Flightmaster name, in 1957.

The registration of the legendary name at such an early stage clearly shows the brand’s devotion to aviation watches. Let us not forget that OMEGA supplied more than half of all watches received and used by the British Ministry of Defense (MoD) during World War II, with both the CK2129 and CK/UK2292 models being the most actively worn OMEGA watches by pilots of the Royal Air Force and the Fleet Air Arm. In total, it is estimated that OMEGA delivered more than 110,000 watches to the British Ministry of Defense to support its troops during World War II.

The first public appearance of the name Flightmaster on both dial and caseback of an OMEGA model dates back to 1958/1959, and is the result of the collaboration between the brand and the Fuerza Aérea Peruana (FAP), for which the brand became an official supplier in 1958. The FAP placed a specific order for a re-branded CK 2914 Railmaster model, and it was on the wrists of the pilots of the Peruvian Air Force that the world’s first incarnation of the Flightmaster became famous.

Even a quick glimpse at the watch confirms that it incorporates one of the most crucial ingredients of a pilot’s watch, or for that matter, of any watch worthy of its classification as a true instrument of the trade or tool-watch: unrivaled readability and legibility under all possible circumstances!

The model’s antimagnetic properties and the fact that it was powered by a derivative of OMEGA’s legendary 30mm caliber add greatly to the early Flightmaster’s status, turning it into one of the few supremely coveted models for watch collectors and lovers alike. 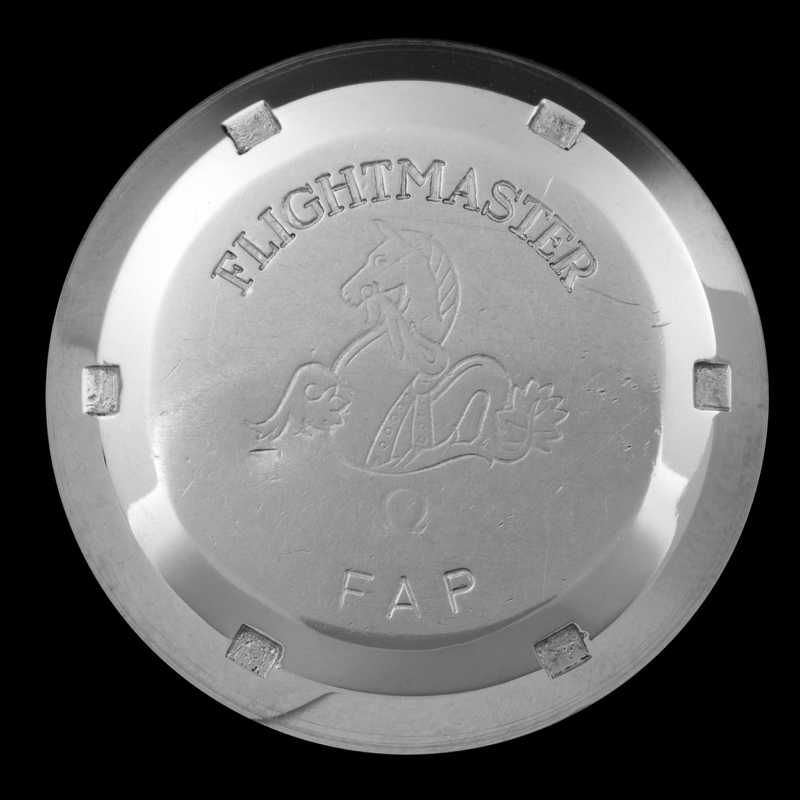 However, most collectors would agree that, regardless of the FAP model, the name Flightmaster is synonymous with a legendary chronograph that was introduced in 1969 and left a lasting mark on watchmaking history…

Discover the complete story
and all Omega Flightmaster models

Special thanks go to Petros Protopapas, OMEGA, International Brand Heritage Manager and Ilias Giannopoulos, Journalist and Watch Expert, for their contribution to the Flightmaster Only book.