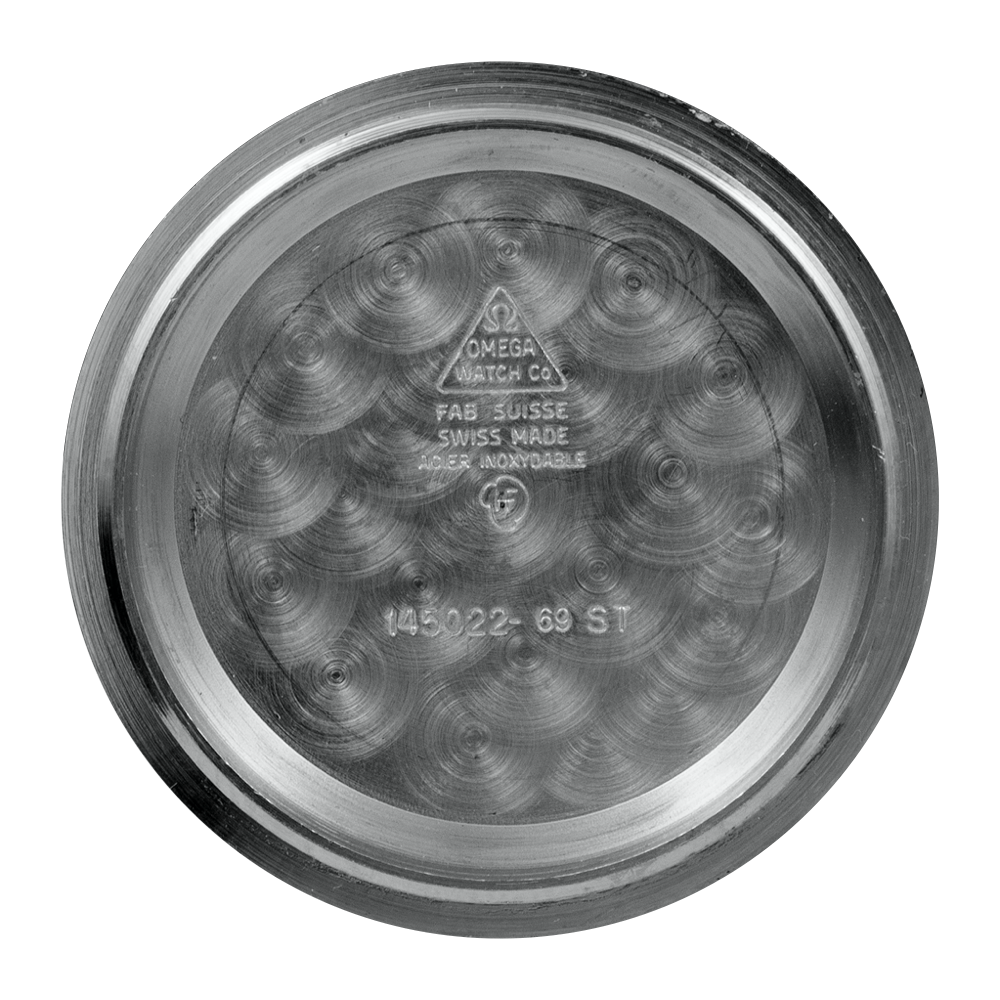 Let us return for a moment to a basic question: what is the exact definition of a Speedmaster Moonwatch pre-Moon model? Several are possible, but the following seems the most logical: a pre-Moon model is one that was conceived before the first landing on the Moon.

Thus the last pre-Moon model is the 145.022-69 with the caseback that makes no reference to the Moon landing. The model was indeed conceived before the lunar landing, but it only went on sale months afterwards in December 1969. Given its high production run, it is today the pre-Moon model most commonly seen in the pre-owned market. 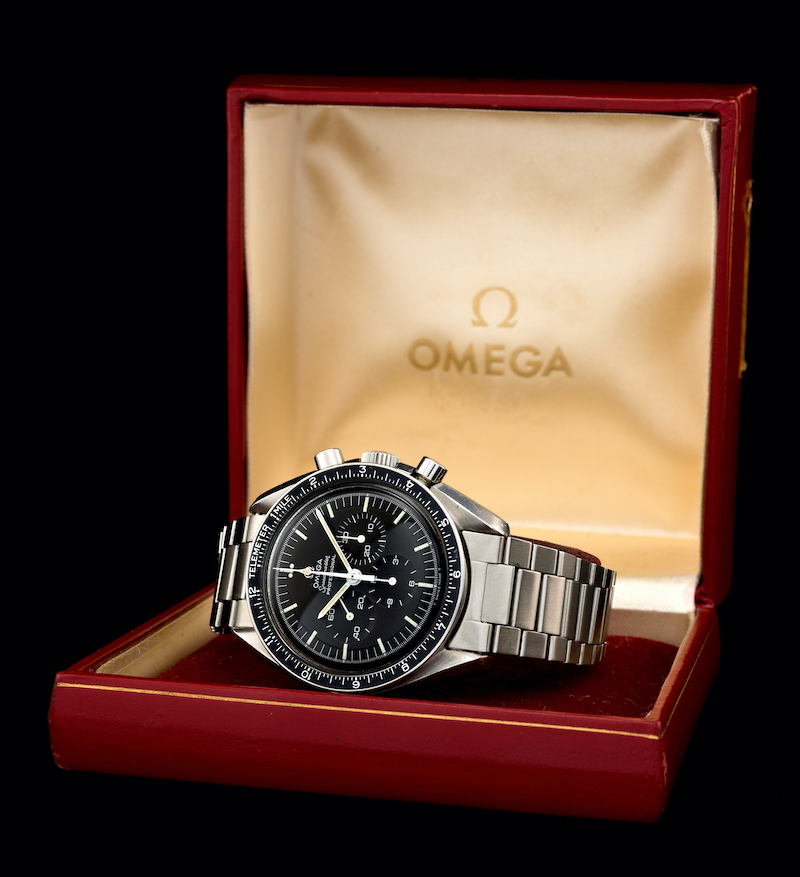 ST 145.022-69 pre-Moon fitted with an optional Telemeter bezel and presented in its original OMEGA box.

But as we will see during this short review, the 145.022-69 has been produced for a few years in different versions, and they are not all pre-Moon…

It is nevertheless an interesting model that can itself be the subject of a collection because of the large variety of its components: three types of tachymeter bezel, optional bezels and three versions of casebacks, counting the post-Moon version.

Furthermore, the 145.022-69 is the first steel Speedmaster to get the new dial with the painted Ω and the shortened main markers. And it is probably the model in which the most so-called “chocolate” dials are found.

As for almost all the other references, some 145.022-69s pre-Moon have also been fitted with optional bezels (telemeter, pulsometer or decimal). 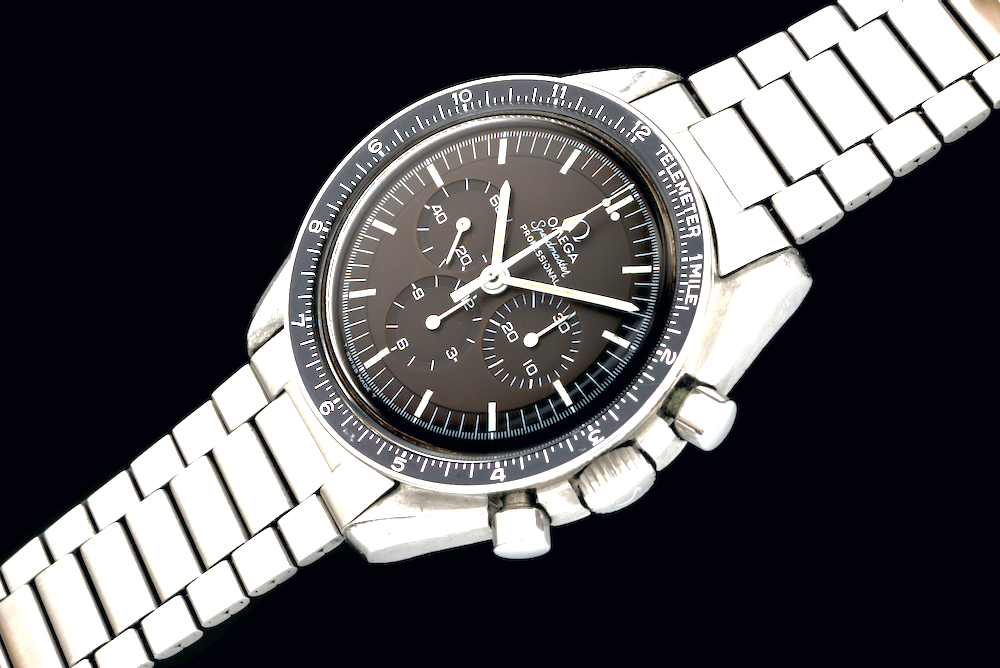 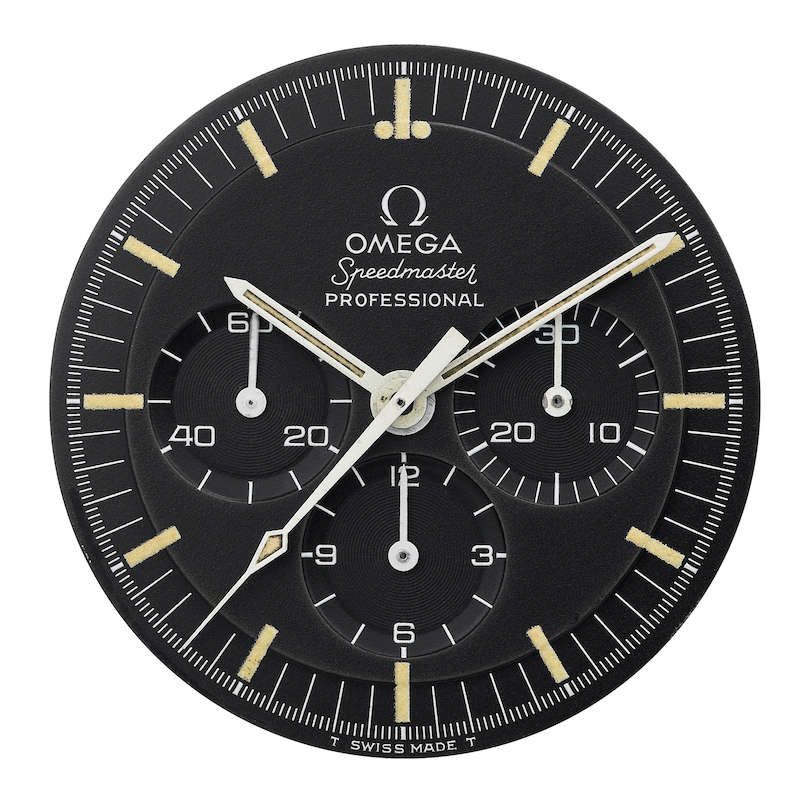 A crown with a new Ω logo with upturned feet was introduced and seems to be specific to this reference. Also found is the crown with the wide Ω logo, which is still fitted to the current reference. 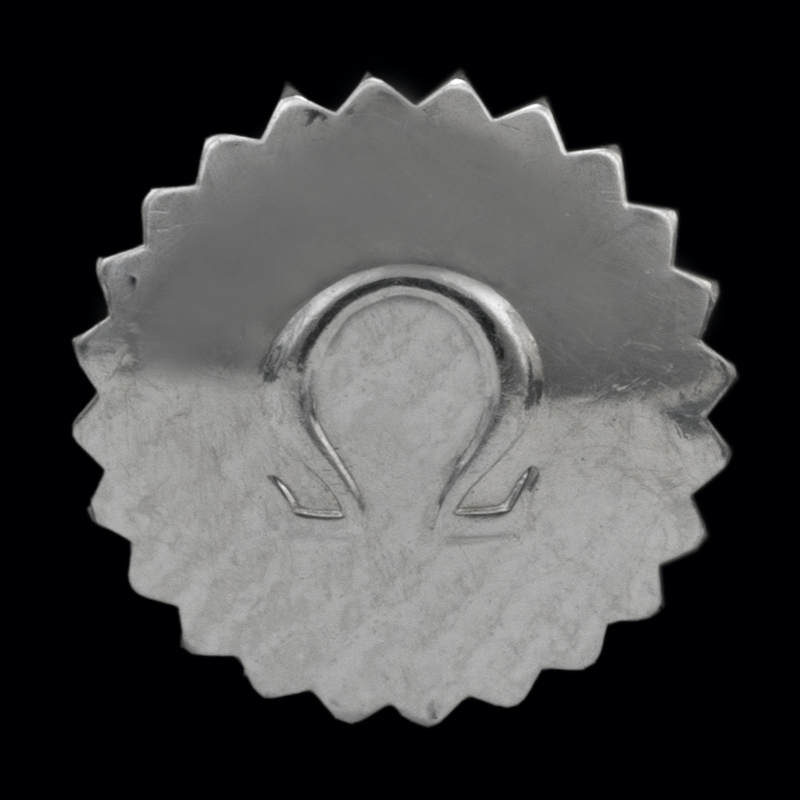 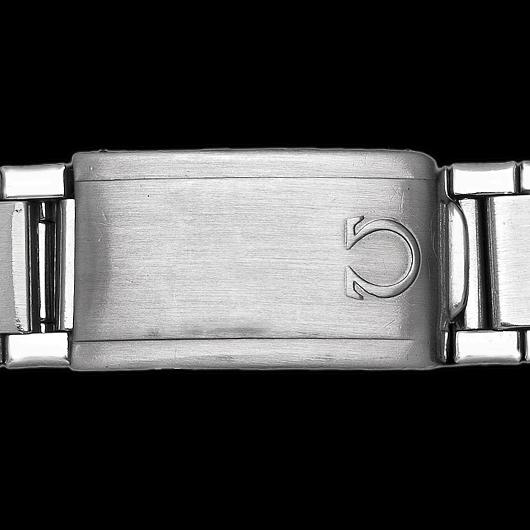 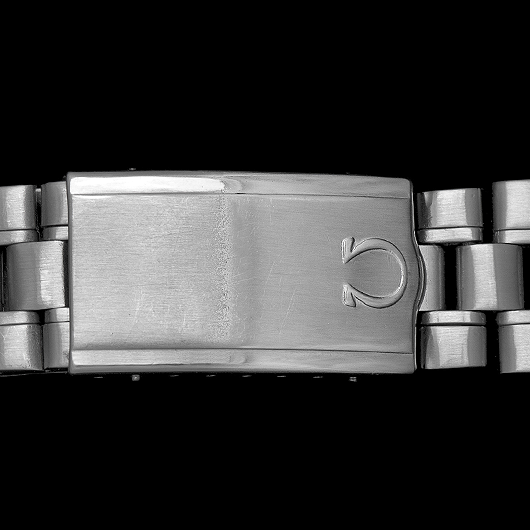 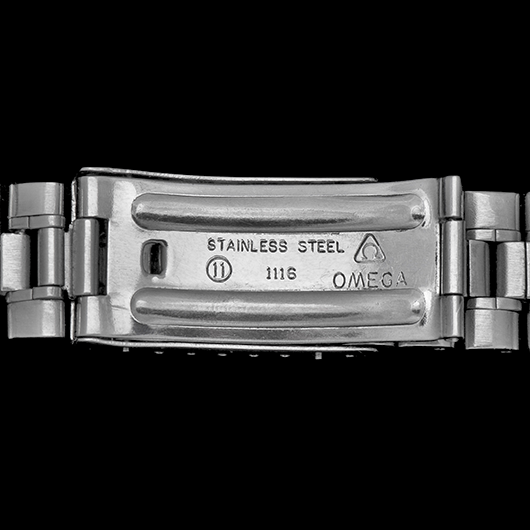 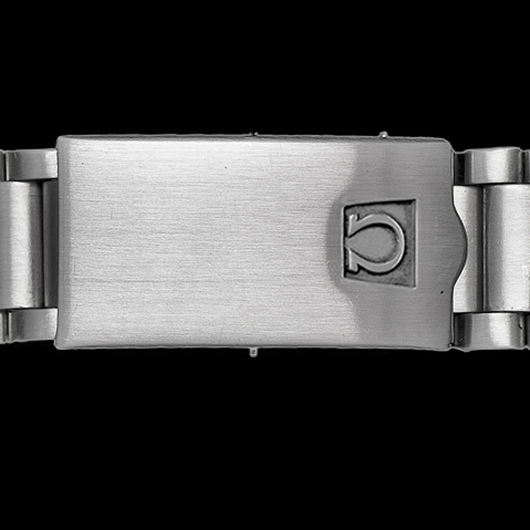 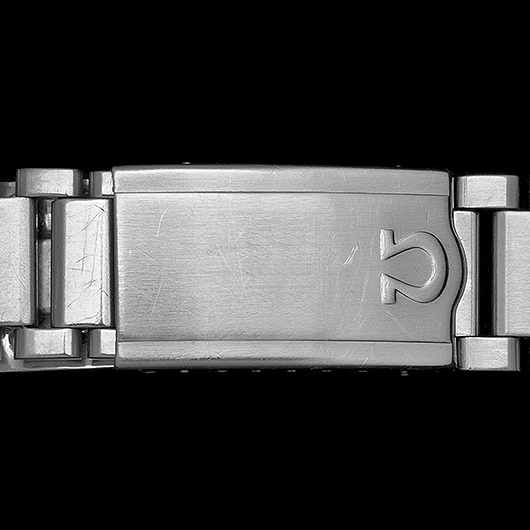 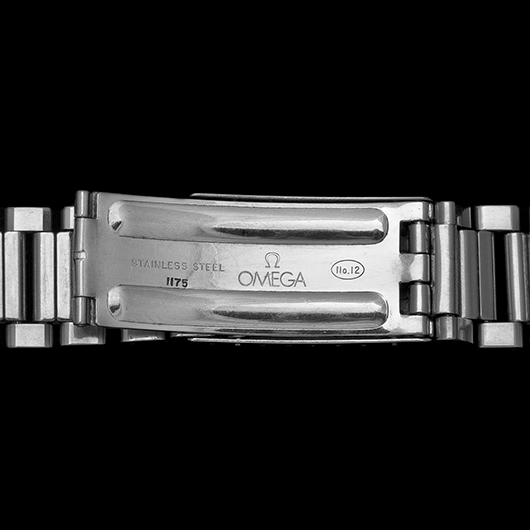 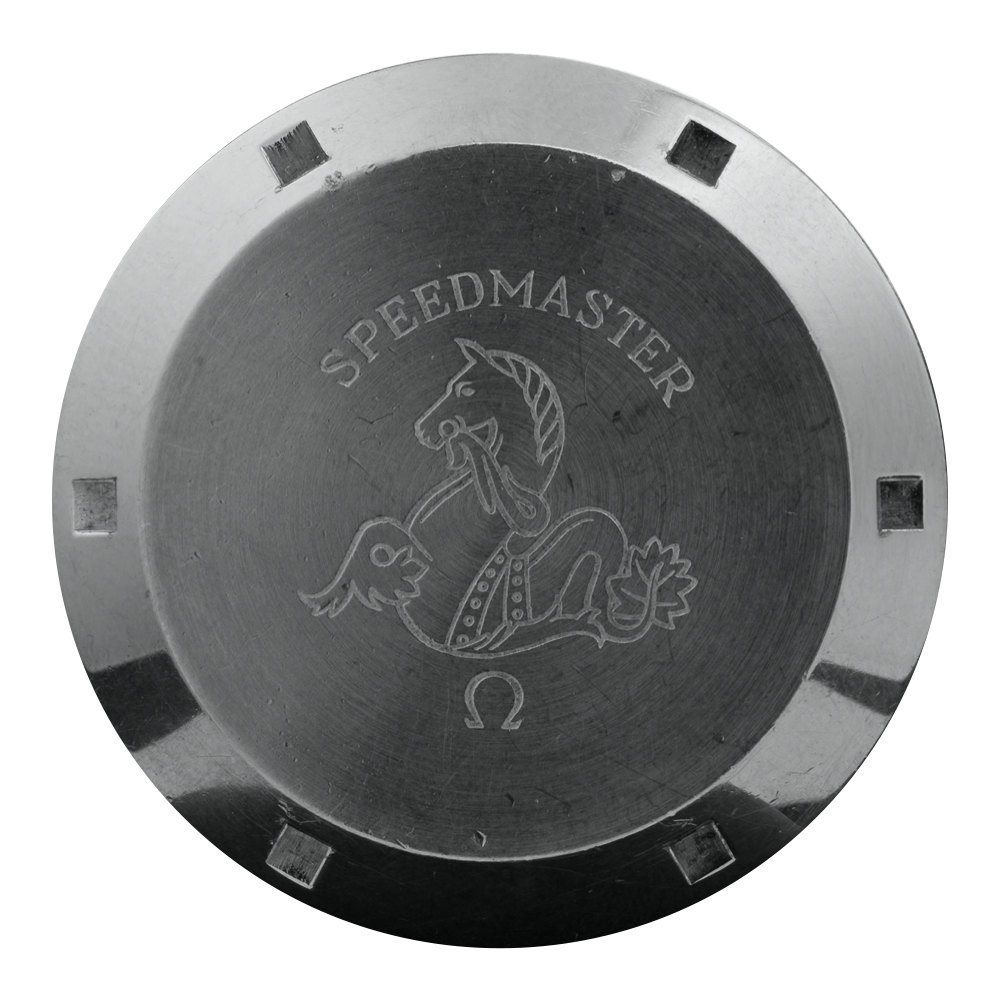 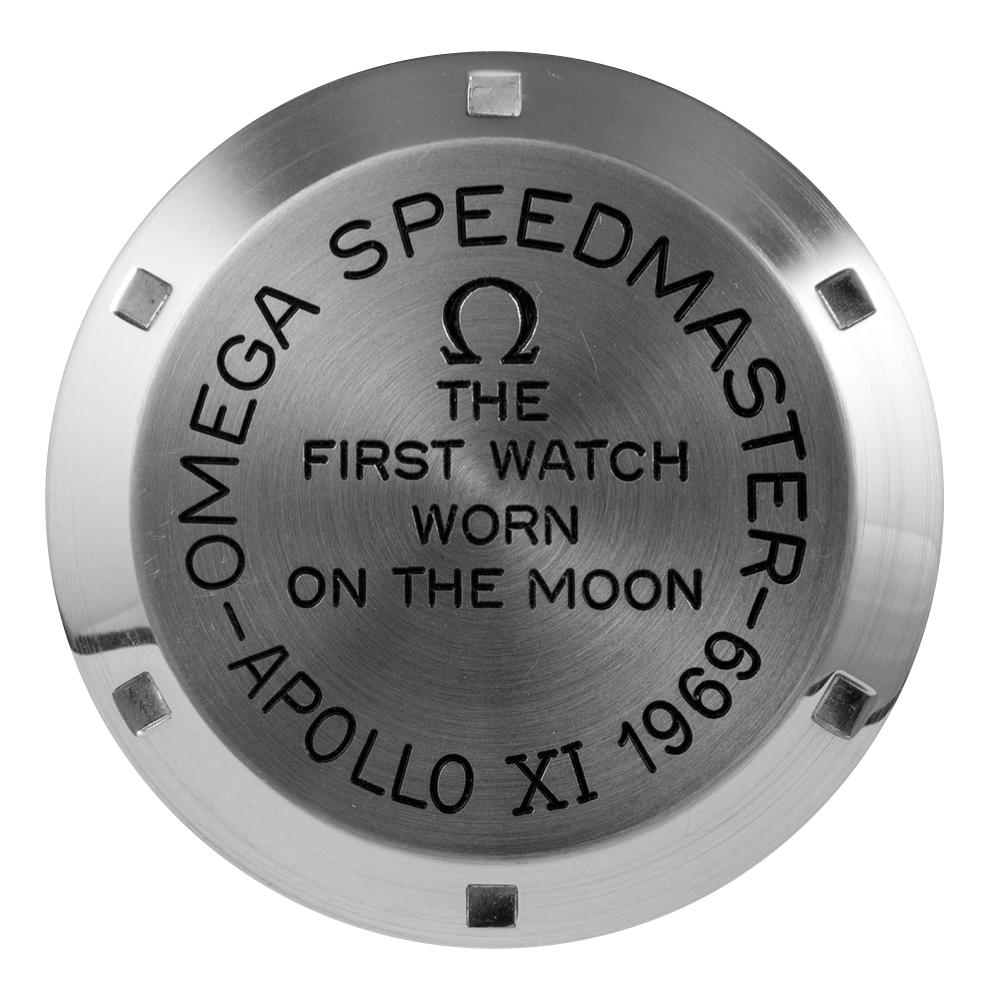 The reference ST 145.022-69 can be divided in 3 distinct categories, that we will review in details in this article:

These 3 models are all based on the same reference, but they present some specific features that make each of them more or less sought-after by Speedmaster collectors. They are all desirable, being probably among the most interesting Speedmasters of the whole production. The scope of this article is to understand the differences and the main characteristics of each model.

Models of this category are all fitted with the 861 “Copper – Steel Brake” caliber. 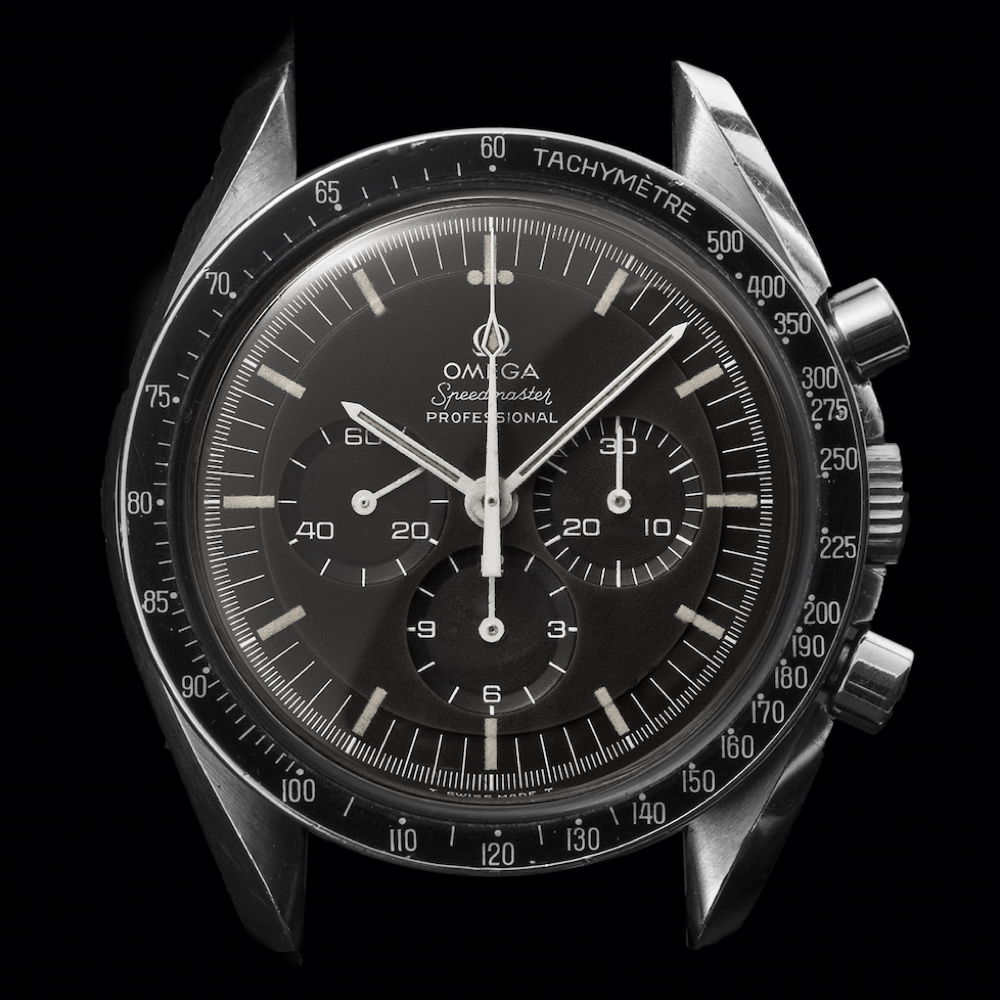 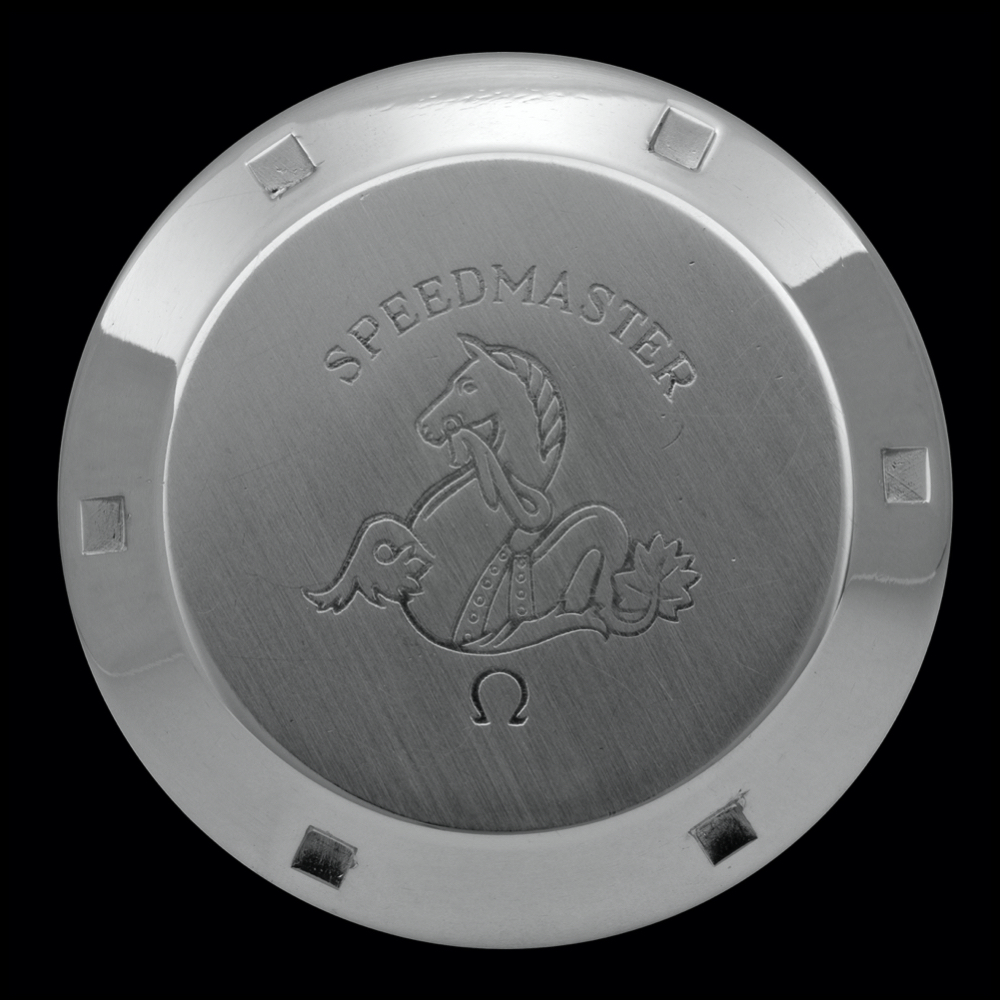 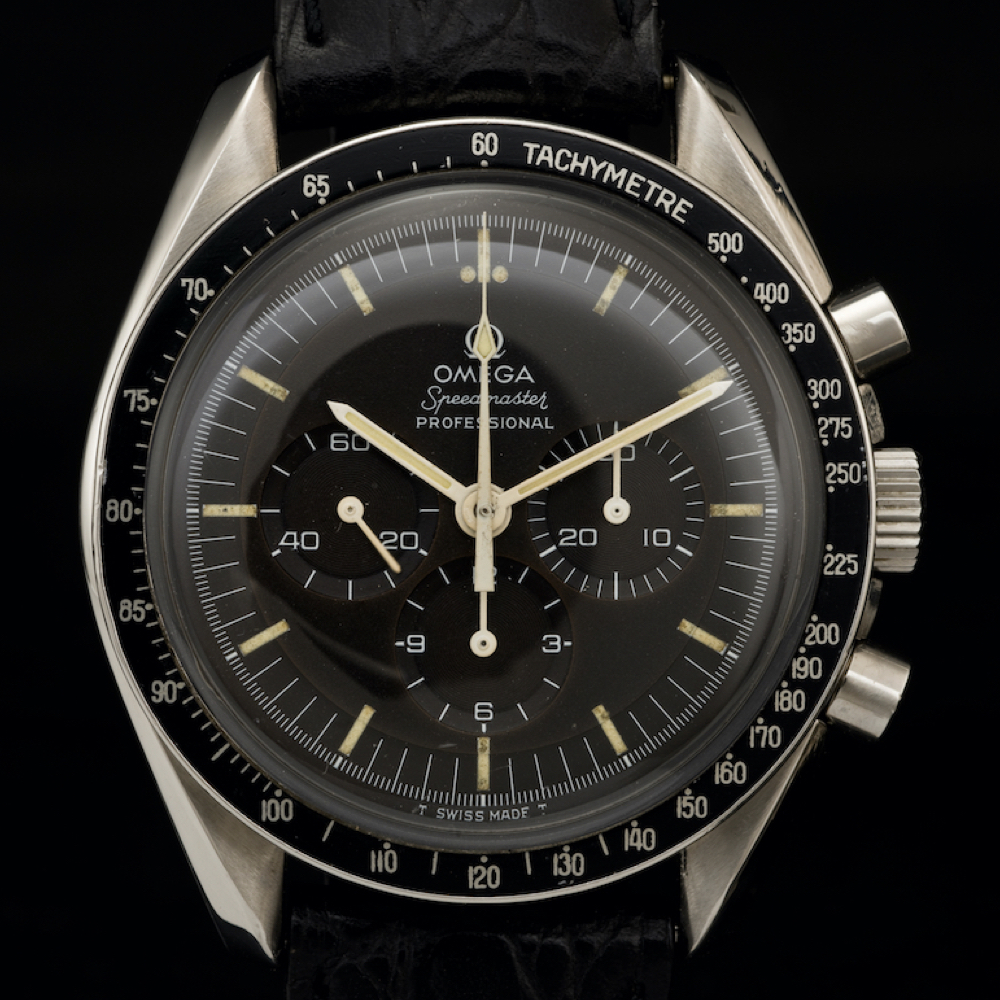 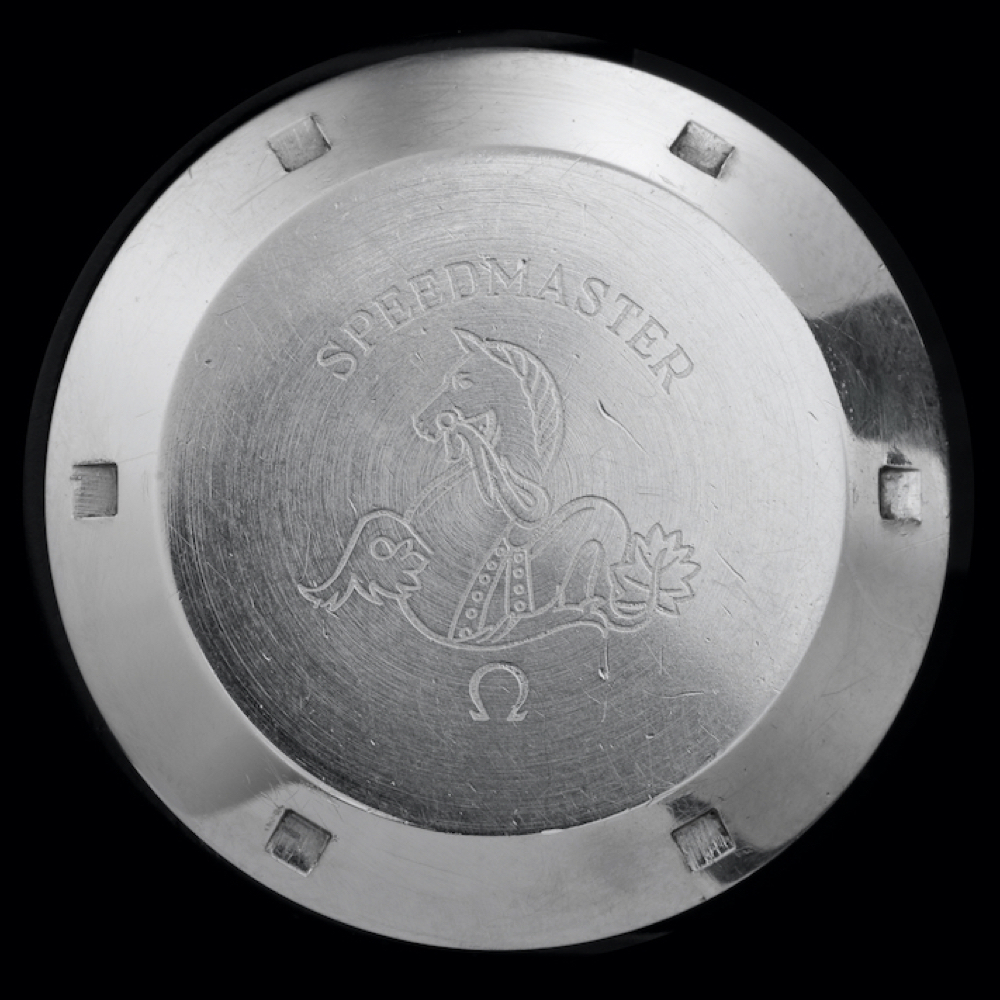 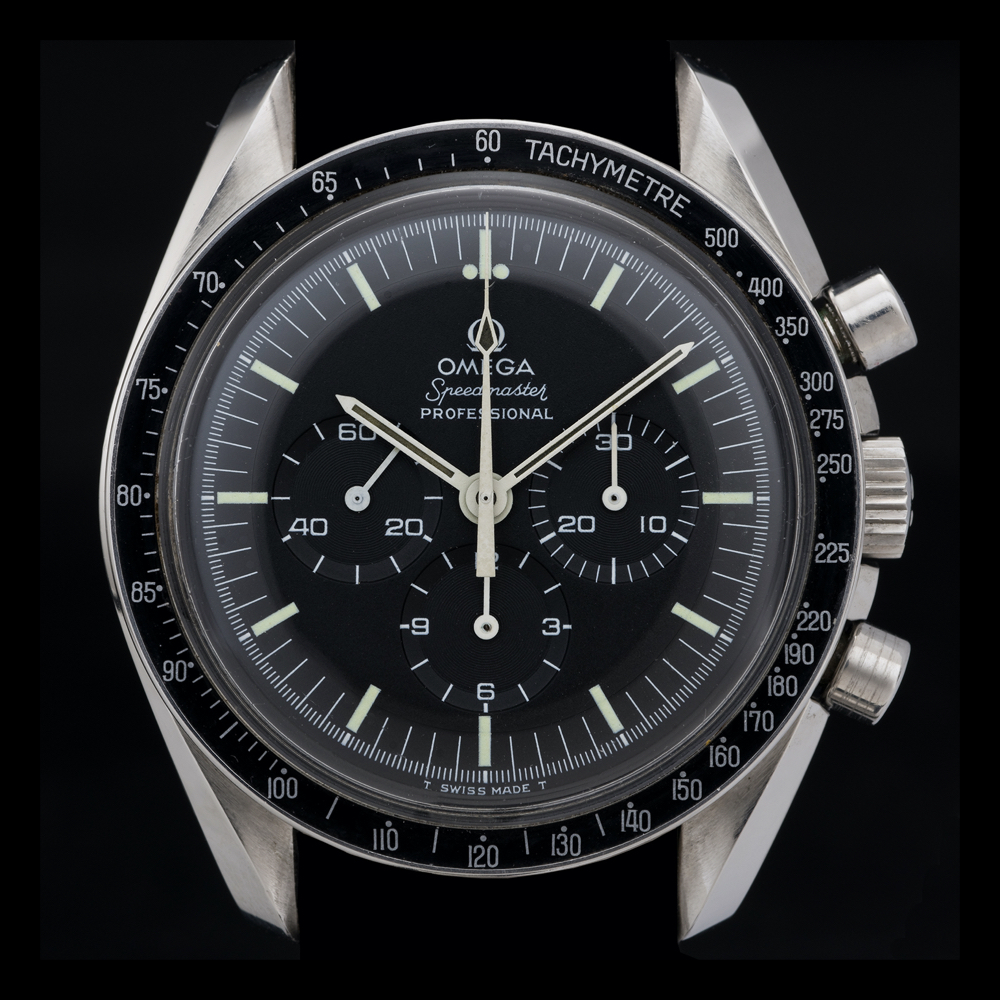 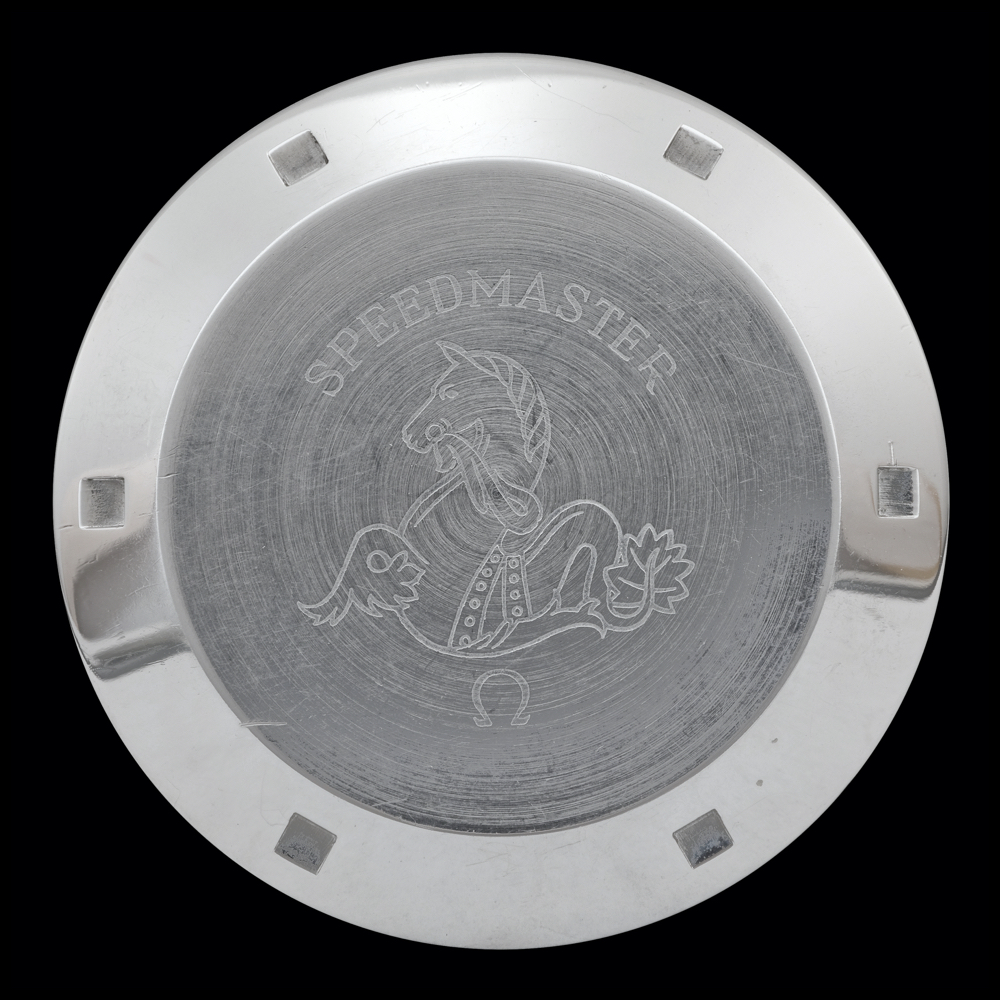 The post-Moon version of the 145.022-69 reference differs from the pre-Moon in having a caseback proclaiming its status: The first watch worn on the Moon.

It was named Straight Writing by the collecting community, meaning that some of the script is laid out straight in contrast with the succeeding models in which the whole text is arranged in an arc around the central medallion. There are two versions of this caseback, which show differences in the part of the text in an arc. The most common is inscribed “FLIGHT-QUALIFIED BY NASA FOR ALL MANNED MISSIONS”, while the other and extremely rare caseback has “OMEGA SPEEDMASTER – APOLLO XI 1969” (see later).

Models are all fitted with a 861 caliber. Towards the end of its production, the steel chronograph brake was replaced by a version in Delrin®, a hardwearing polymer.

It should be noted that movement numbers between 31.0 and 32.8 millions were installed indifferently in 145.022-69, 145.022-71 and 145.022-74 cases, which makes the story complex. Furthermore, despite the fact that production started in 1971, delivery of most Straight Writing watches was postponed to 1972 or later, due to the necessity of NASA’s approval for the usage of their name. 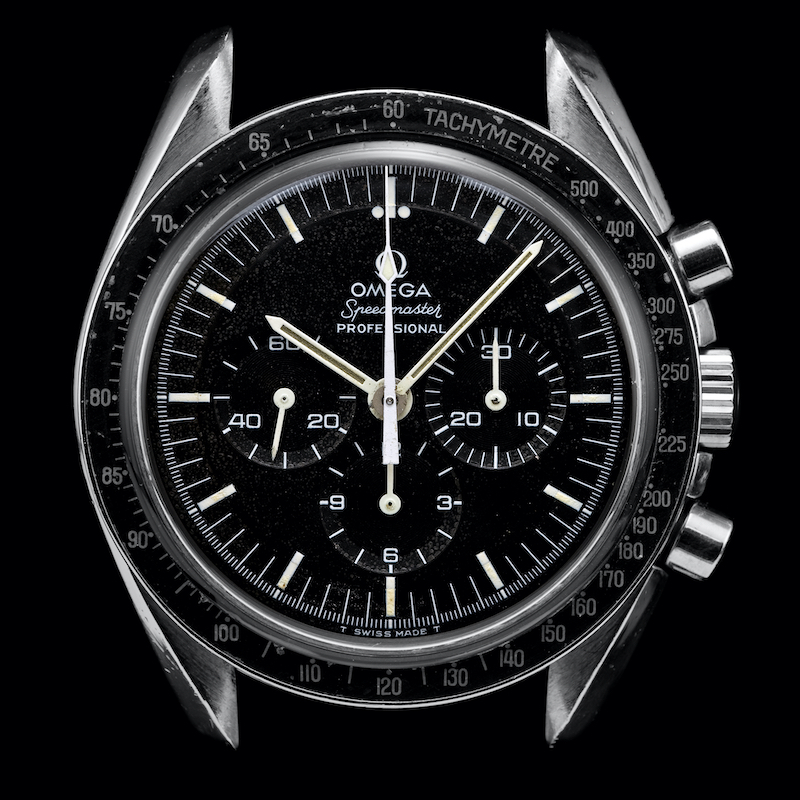 (*) There are earlier serial numbers, which are in the uncertain zone.

Some of the 145.022-69s were fitted with an extremely rare caseback that referred to the Apollo 11 mission, similar to that of the limited series in gold entitled, Apollo XI 1969 – Tribute to Astronauts.

Our observations shows common properties in the range observed:

This rare version might well correspond to a special order from the Japanese distributor. 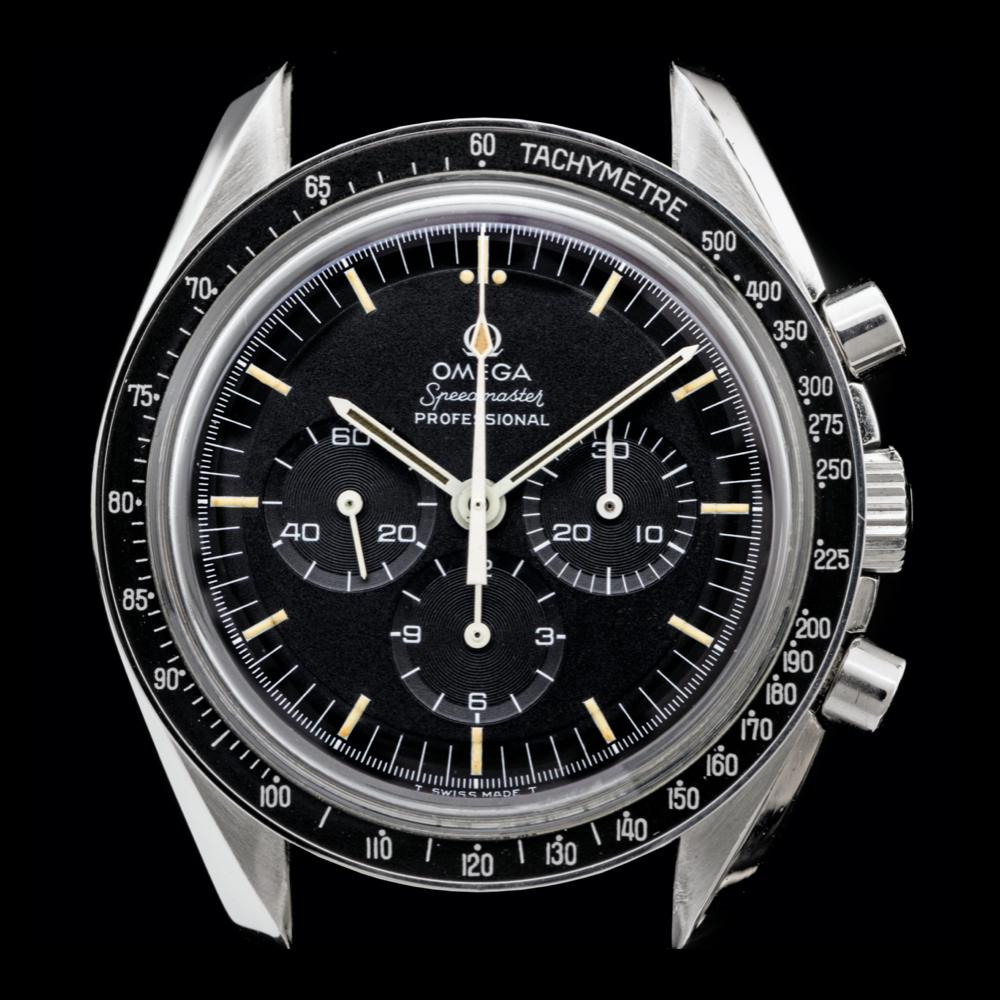 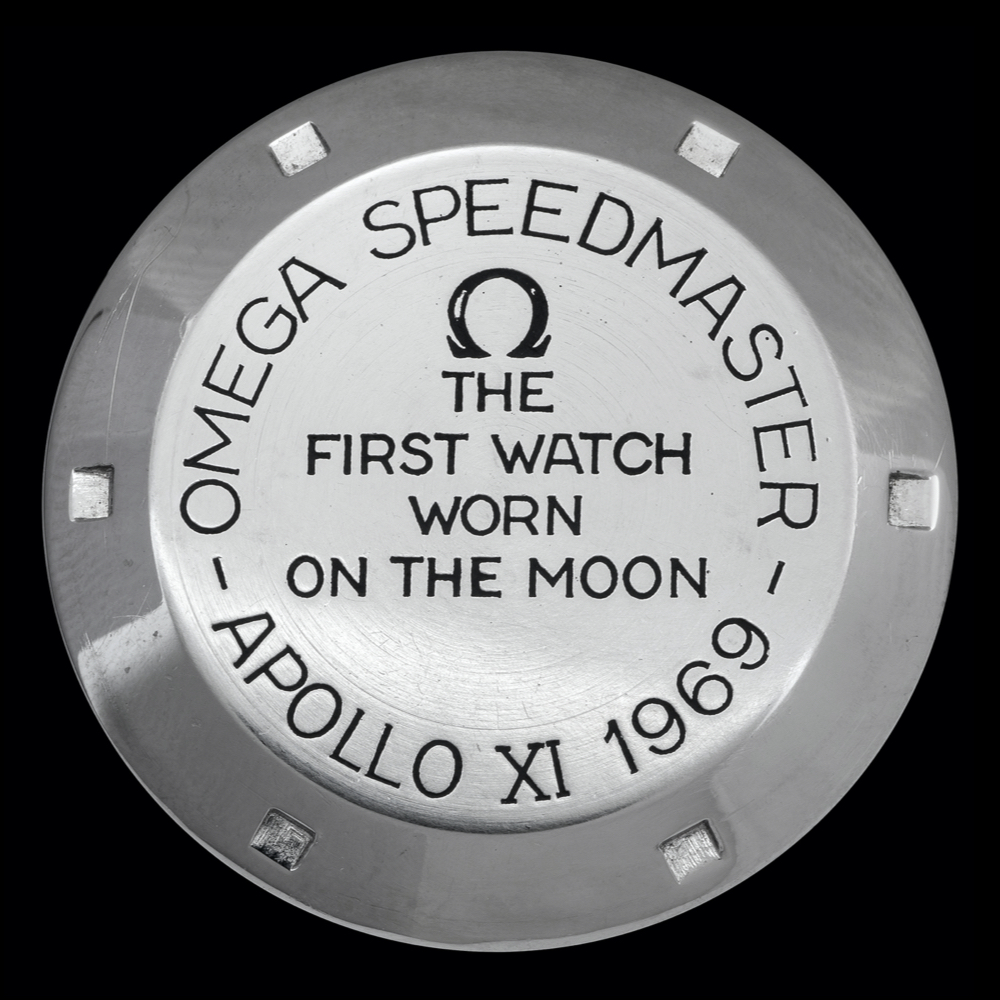 As early as the late 1960s, even before the first Moon landing, Omega’s development teams had begun working on an evolution of the Speedmaster Professional, in order to create the perfect watch for space. This project (or more precisely this series of projects that would extend over several years) was named Alaska, not in reference to the low temperatures of the eponymous American state, but simply as a code name in order to preserve its confidentiality.

Omega engineers from Bienne met James Ragan’s teams several times in Houston to exchange ideas and map out the path ahead. In particular, it was decided that the two crucial points should be to protect the chronograph movement at all costs and to ensure the readability of the watch in all circumstances. To guarantee the most effective possible protection, Omega’s engineers worked on several factors: new alloys and special movement lubricants, a titanium case, and even an external aluminum protection case, a kind of heat shield able to resist very large temperature differences.

It is extremely interesting to note that the Alaska I model, produced in 1970, features the 220 bezel. 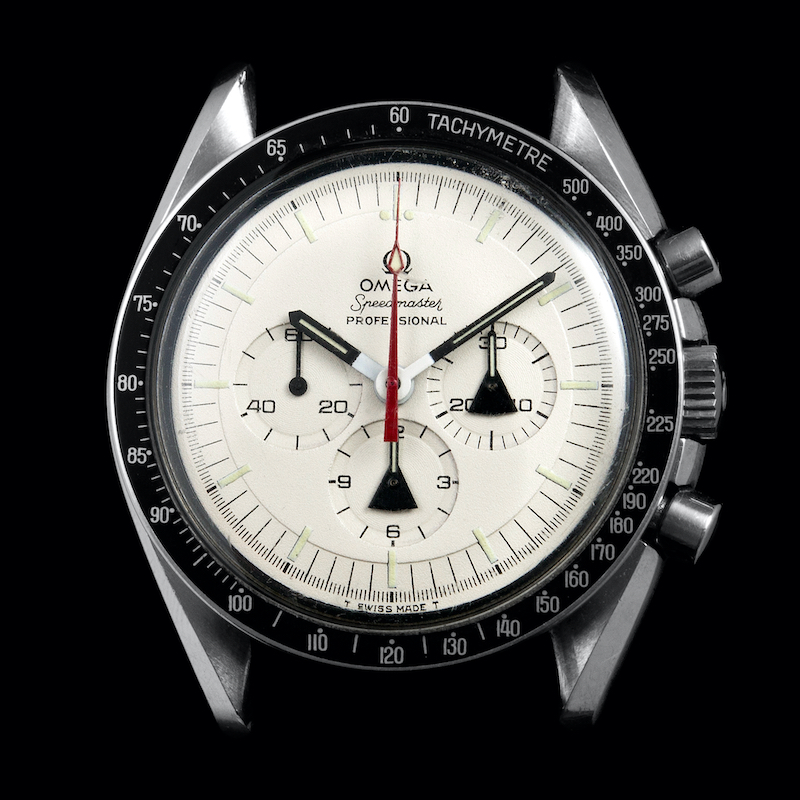 It is now assumed that OMEGA put in production a few Speedmasters equipped with special components (dials, hands, bezels…) during the 60s. Famous examples go from the gray-blue dial Speedmasters, of which only very few pieces have been observed so far, to the so-called Ultraman with its straight orange chronograph hand. After extensive research and observations, we started to find more information on all these exotic models and we are now convinced that these configurations correspond to special versions commercialized during a short period of time and in an extremely limited quantity, possibly to gather customers’ feedback about unusual configurations: this is the case of the Racing Dials projects.

There are two generations of Racing Speedmasters.

The first one regards pre-Moon models fitted with a 321 caliber, and black racing dials.

The second one concerns ST 145.022-69s. They have a gray dial and orange and white markers. The Ω logo is painted orange and the typeface is the same as in the Medium S – Step Dial. The colors of the hands are opposite to those of the previous version: white hands for the time of day and orange hands for the chronograph indications.

This orange racing dial version inspired also a limited series produced in 2004 for the Japanese market. 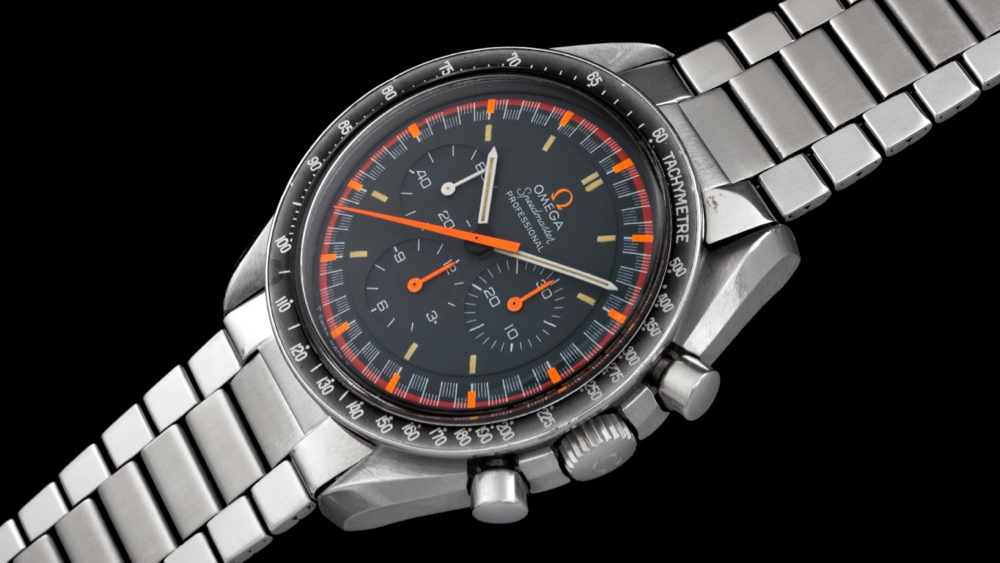