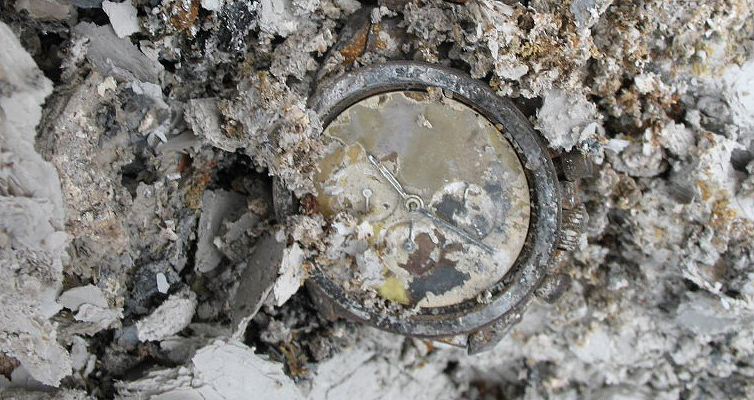 We would like to inaugurate this new SPEEDMASTER STORIES section with the incredible adventure that our friend John Shobbrook and his family have had to face.

Actually it starts with a real disaster and an extremely sad experience. But it tells a lot on emotional connections that we can all have towards particular objects. In that case, it was an OMEGA Speedmaster Moonwatch.

In 1988, I was working at a high school in Rothwell, Queensland, Australia when an Australian news magazine “The Bulletin” ran a competition for which the prize was an OMEGA Speedmaster Professional Moonwatch.

To win the watch entrants were required to correctly answer a number of questions about space exploration and write a short account of why they would like to win the watch.

I wrote that I worked in the Science Department of a high school in Australia and that should I win the watch then I would use it as a tool to inspire students to study science, particularly in the areas of space and astronomy. To my surprise and delight, I won!

My collection of “space memorabilia” included models of the Moon and planets, a number of meteorites, a meteoroid (brought back to Earth embedded in a tile of the Space Shuttle “Atlantis”), a 1.5 metre tall model of a Saturn V rocket, a model of the Space Shuttle and the “jewel in the crown” my OMEGA Moonwatch.

In 1998, I was appointed as the Planetarium Director for the Palmdale School District in California where my public presentations and OMEGA Moonwatch displays continued.

In 2000, my family and I returned to Australia where I took up a position as the Site Manager for the 2.0 metre Faulkes Telescope South located at Siding Spring Observatory in New South Wales.

I continued with my astronomy and space related talks for visiting school groups and members of the public.

Life on our 120-acre property adjoining the Warrumbungle National Park could not get much better. Unfortunately, a few years later it got a lot worse!

On the 13th of January 2013, my wife and I suffered a catastrophic disaster.

Our home was engulfed in a bushfire – the Wambelong bushfire – that totally destroyed our home, our garage and all of our possessions including my collection of “space memorabilia” and most crushing of all – my now twenty seven year old OMEGA Moonwatch. We were interstate when the fire struck, so we saved absolutely nothing from the house. 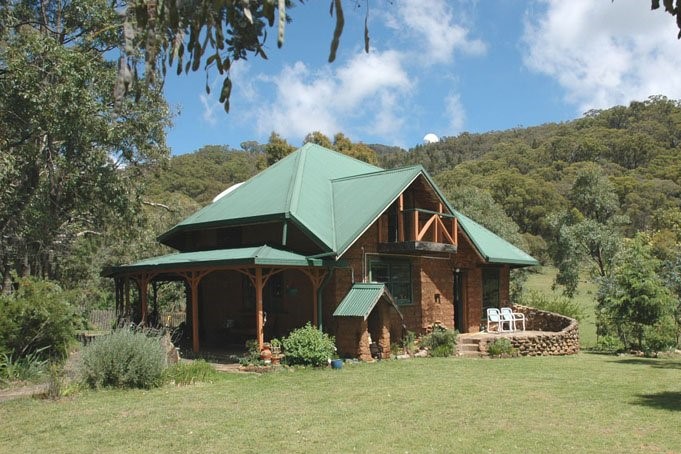 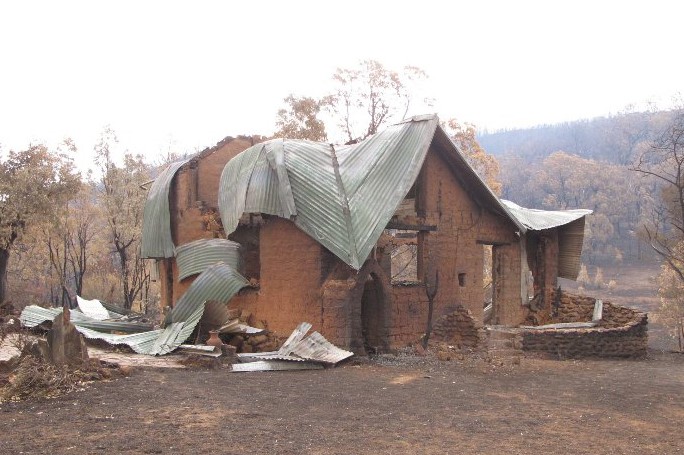 Our home before and after the fire.

After it was safe to return to the ruins of our home I dug through the ashes of where I knew my OMEGA Moonwatch was kept – I found it.

Although badly charred, to my amazement, it was still recognizable and the stainless steel bracelet was still intact. That Speedmaster had spent twenty-seven years serving the cause of science and I was not willing to leave it lying in the ashes.

From the twisted steel beams and various items that had been reduced to ash – it was estimated that the fireball that had engulfed our house had reached temperatures of 1,600 degrees Celsius!

It total fifty-three properties in our area were destroyed along with 56,280 hectares (139,072 acres) of National Park and farmland. At the time, the fire was described by the Deputy Commissioner of the Rural Fire Service as “absolutely ferocious” and the New South Wales Deputy State Coroner described the intensity of the fire as “unprecedented”. 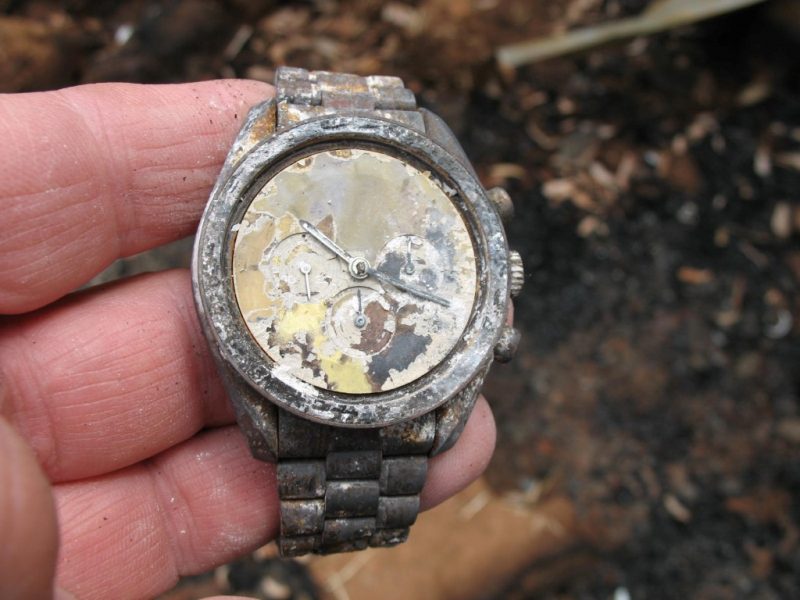 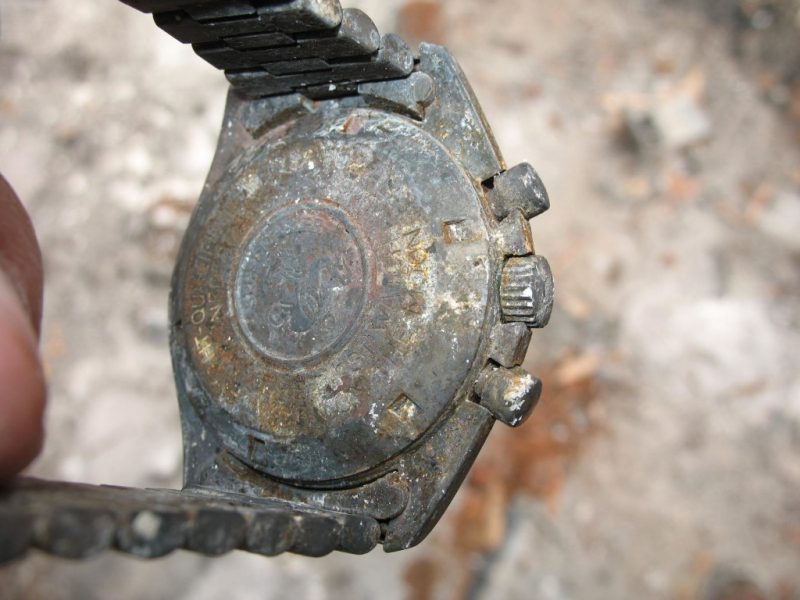 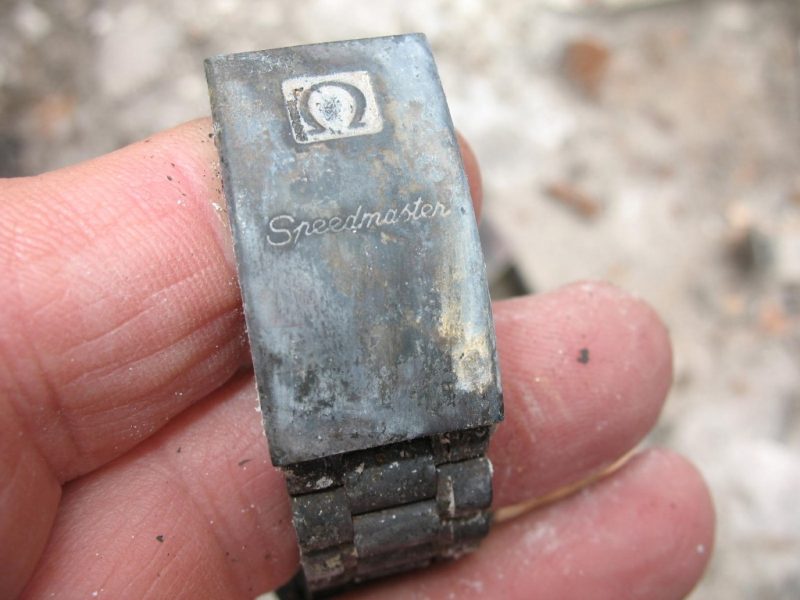 My OMEGA Speedmaster after the fire, and before I cleaned it.

I am now the proud owner of a very unique Moonwatch. I hope that there are not too many similar to mine for the price paid to own a Moonwatch such as mine is rather high.

I cleaned the watch expecting it to disintegrate in my hands, especially the bracelet held together as it is with fine pins. After cleaning, and the application of some silicone spray, the bracelet was as flexible as its original condition and the pins appeared to be sound.

I was amazed at the strength of my watch, which had been through the equivalent of atmospheric reentry temperatures (1650 deg C). Five of the hands on the watch are basically intact although the glass has gone. 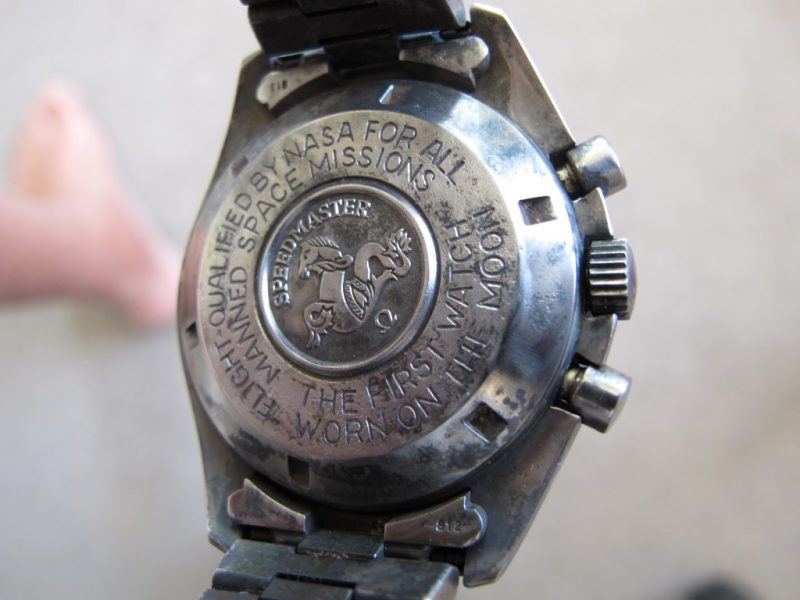 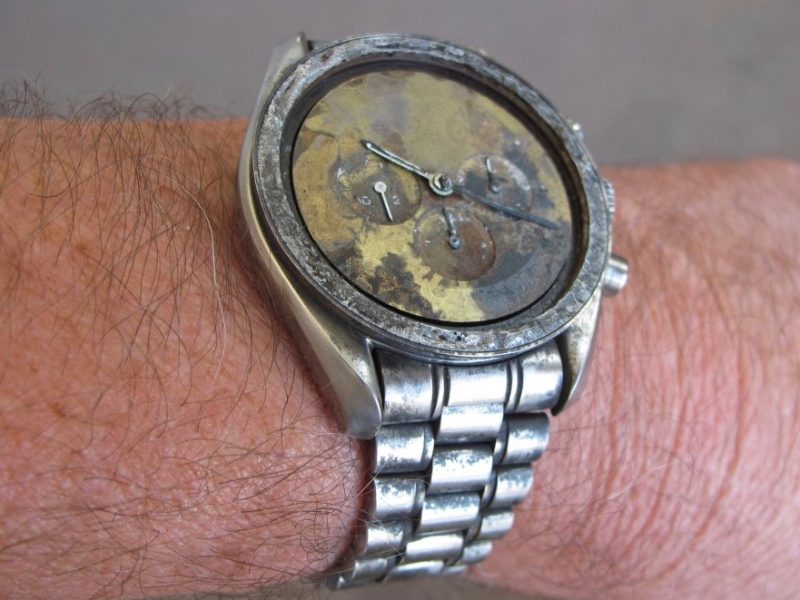 I still prize my Moonwatch and even wear it from time to time – and to quote an old punchline “It is accurate at least twice a day!”