Some watches are very special. Because of their look, their material, their colors, their movement or their dial.

But when you talk about vintage watches, there is actually another criteria which is often much more important than all the others. This is the story of the watch. Sometimes, a long story made by its successive owners.

More rarely, you can be lucky enough to buy a watch from the first and only owner, which can make the story even more interesting, because it can be told directly from him (or his family).

This is exactly what happened to me with this very unique Omega Flightmaster.

I bought it from a watchmaker a few years ago. I’ve always been interested in Flightmasters: to me, they are among the greatest examples of Omega’s creativity in the 1970s. The engraving on its caseback made me very curious, and when I asked to the watchmaker if he knew something about it, he explained that he bought the watch from the son of its first owner, providing me with his phone number.

I contacted the previous owner, who told me the story of his father Jean Pierron and his amazing Flightmaster.

Jean Pierron has always been fascinated by mechanics and planes.

He started to fly as soon as he could, and after graduating as an engineer of the Ecole Nationale des Arts et Métiers, he got his pilot licence.

Here is a diaporama of his long career. All the pictures come from Jean Pierron’s personal archives. 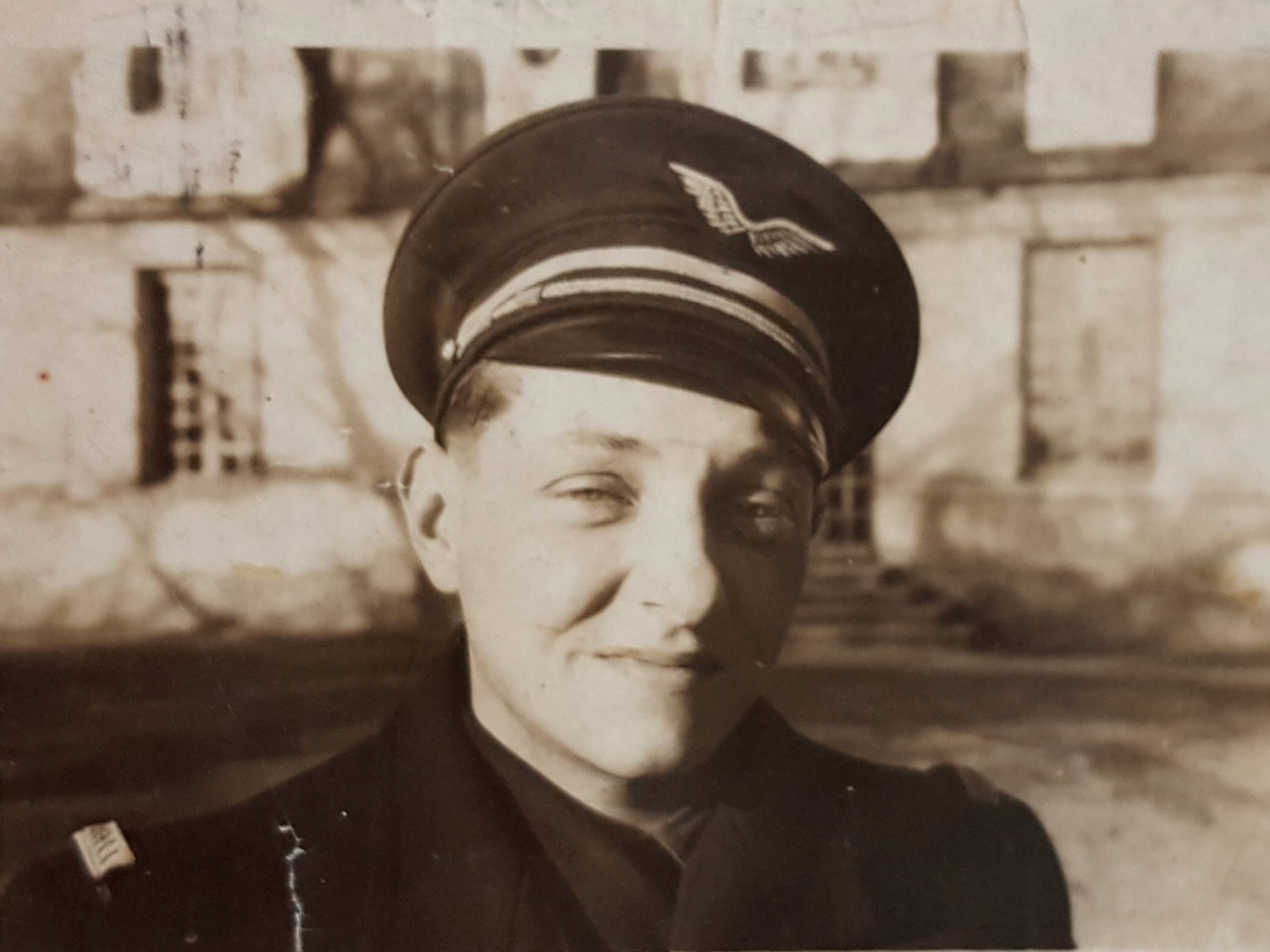 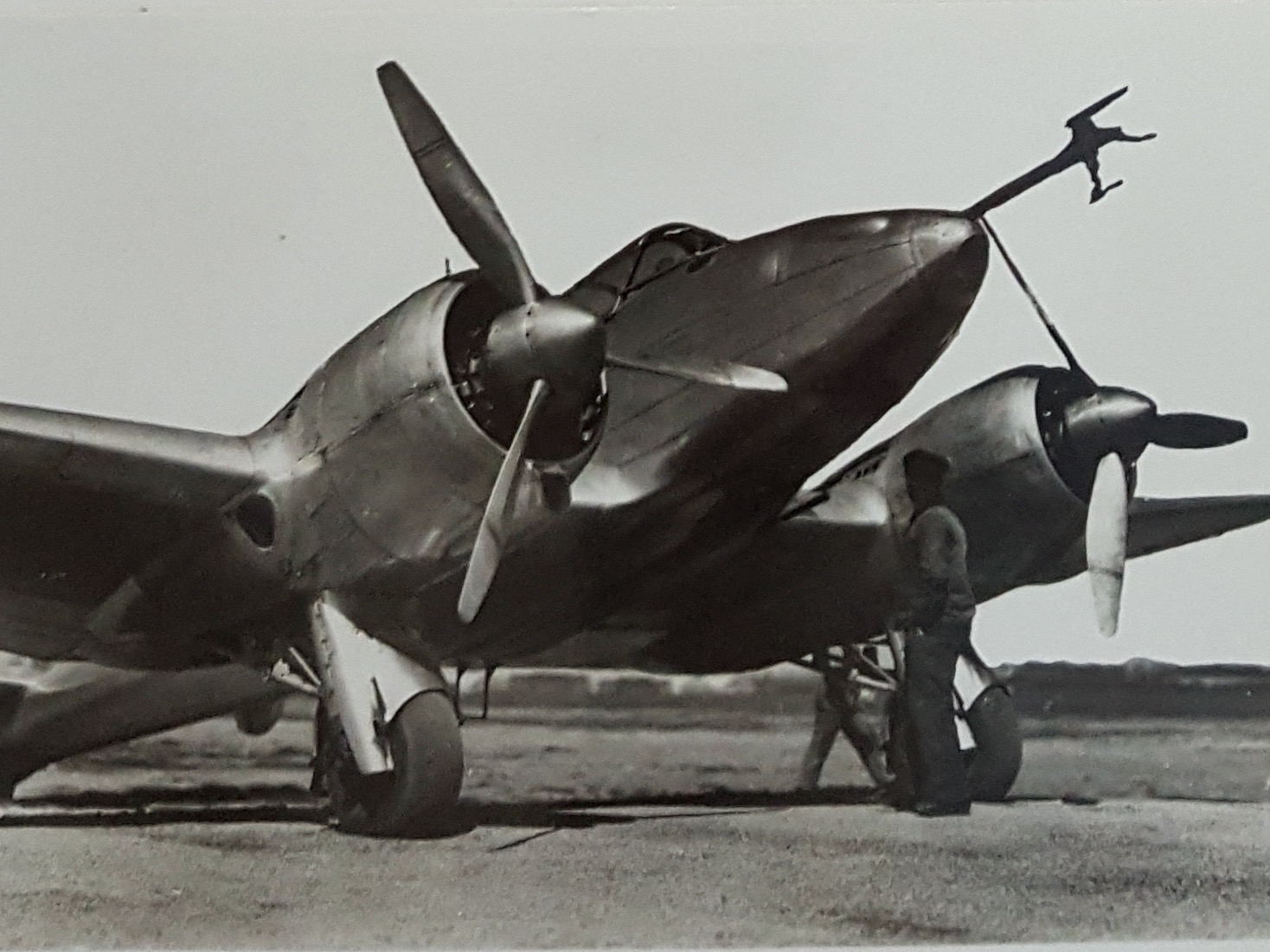 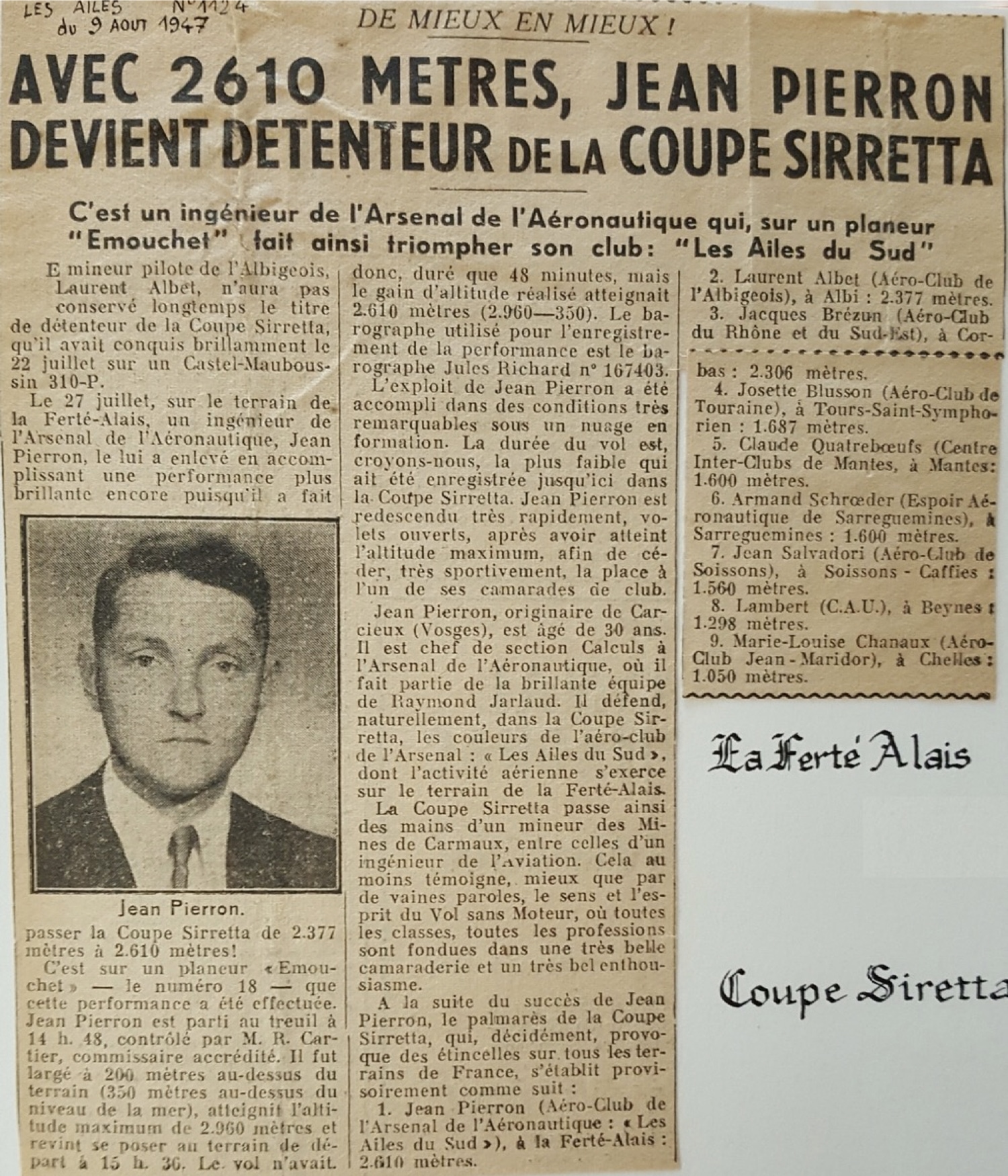 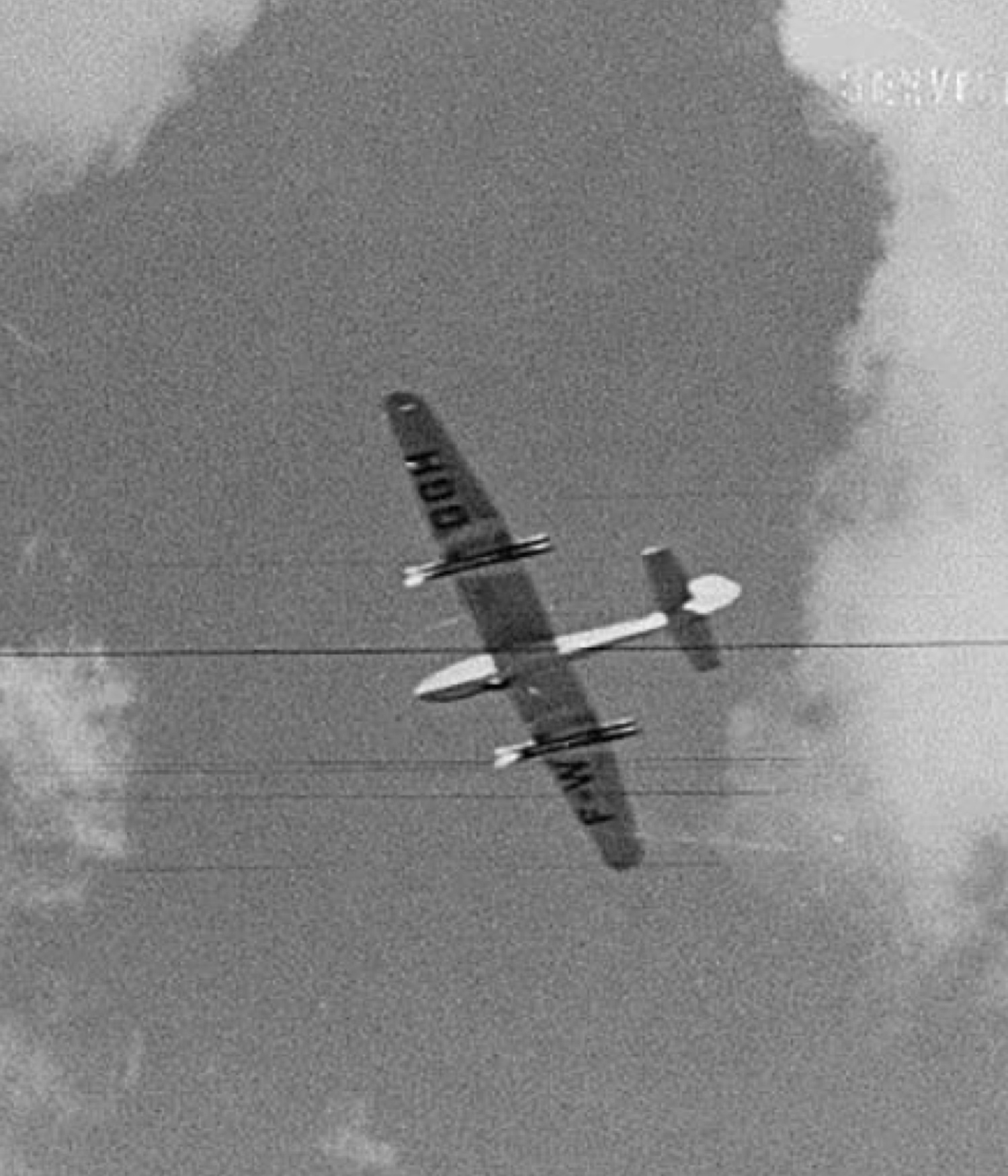 4. In the 1950’s, Pierron was hired by the SNECMA and worked at the Centre d’Essais en Vol (CEV) of Melun-Villaroche on the Emouchet SA 104 glider, that needed to be equipped with two groups of three pulso-reactors. 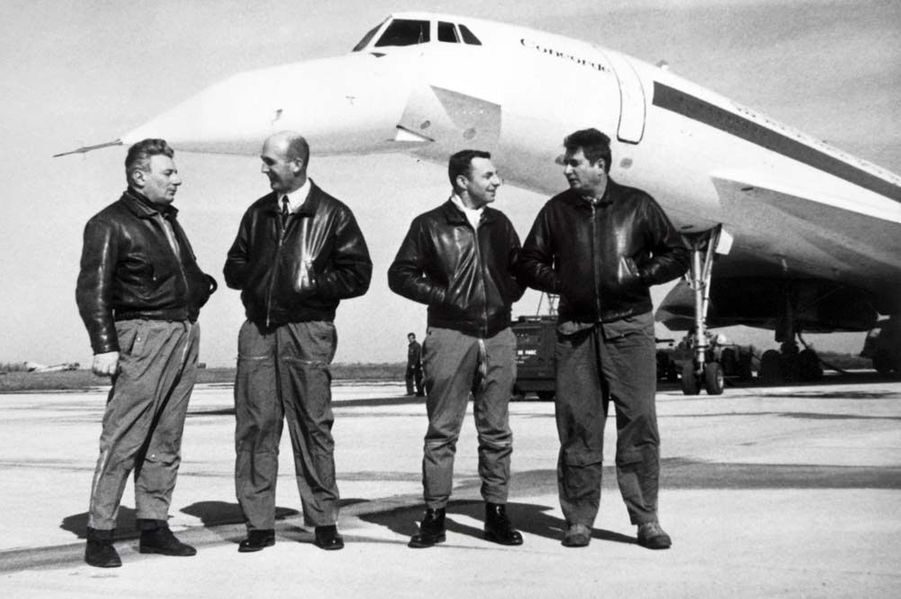 5. Pierron (1st on the left) quickly got a position as a flight test engineer at the CEV in the team of Andre Turcat (2nd from the left), the legendary flight test pilot of the Concorde. 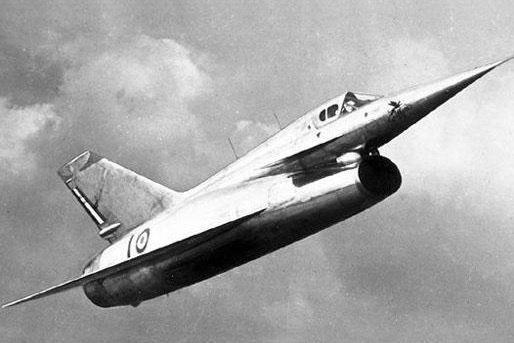 6. He has worked for the french company Nord Aviation and participated to the development of the Griffon II fighter jet (picture) and the N262 transport aircraft. 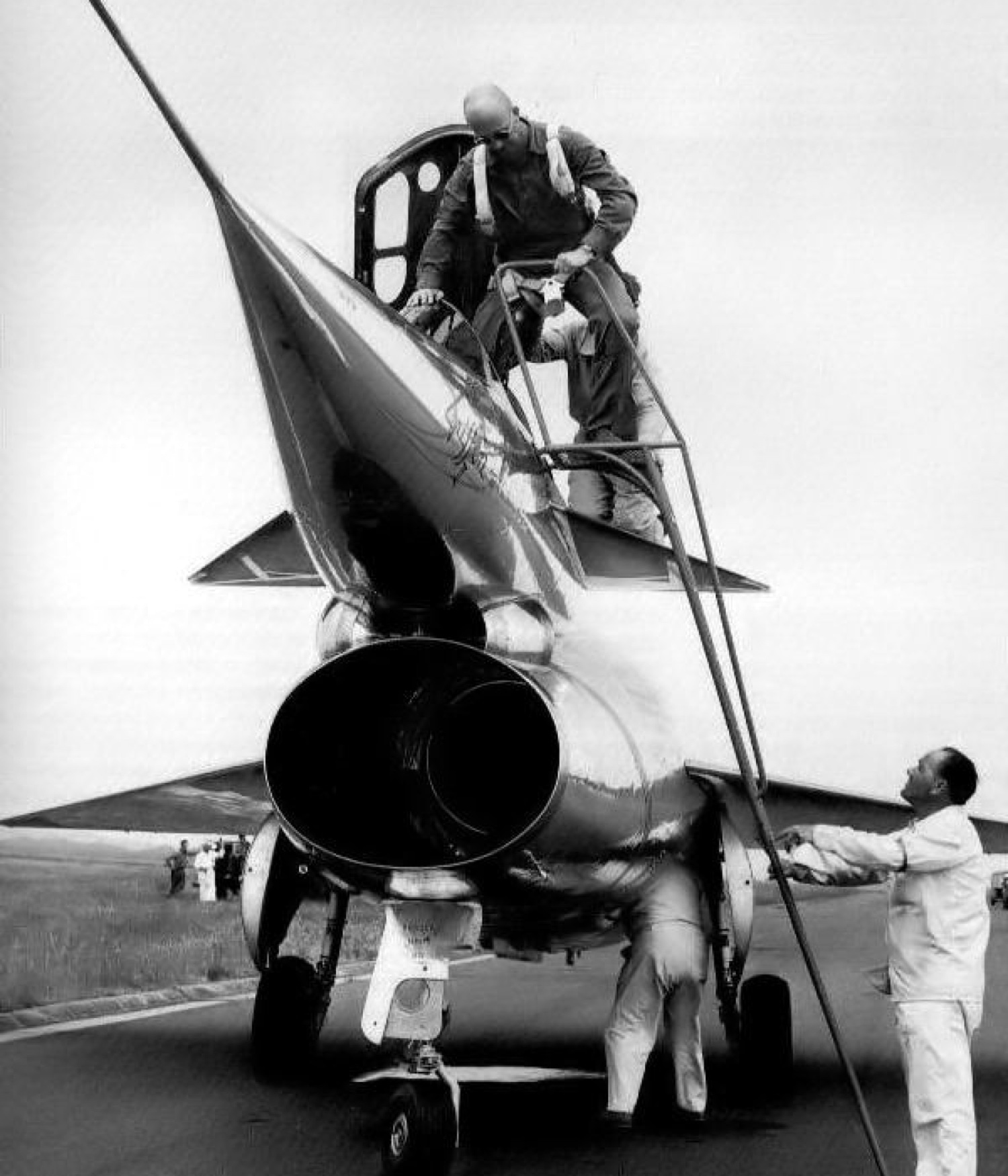 7. The Nord 1500 Griffon II was a supersonic fighter prototype, developed in the 1950s in order to provide to the French Air Force a fighter capable of Mach 2 by 1960. Here is a picture of Turcat test-flying the Griffon in 1952. 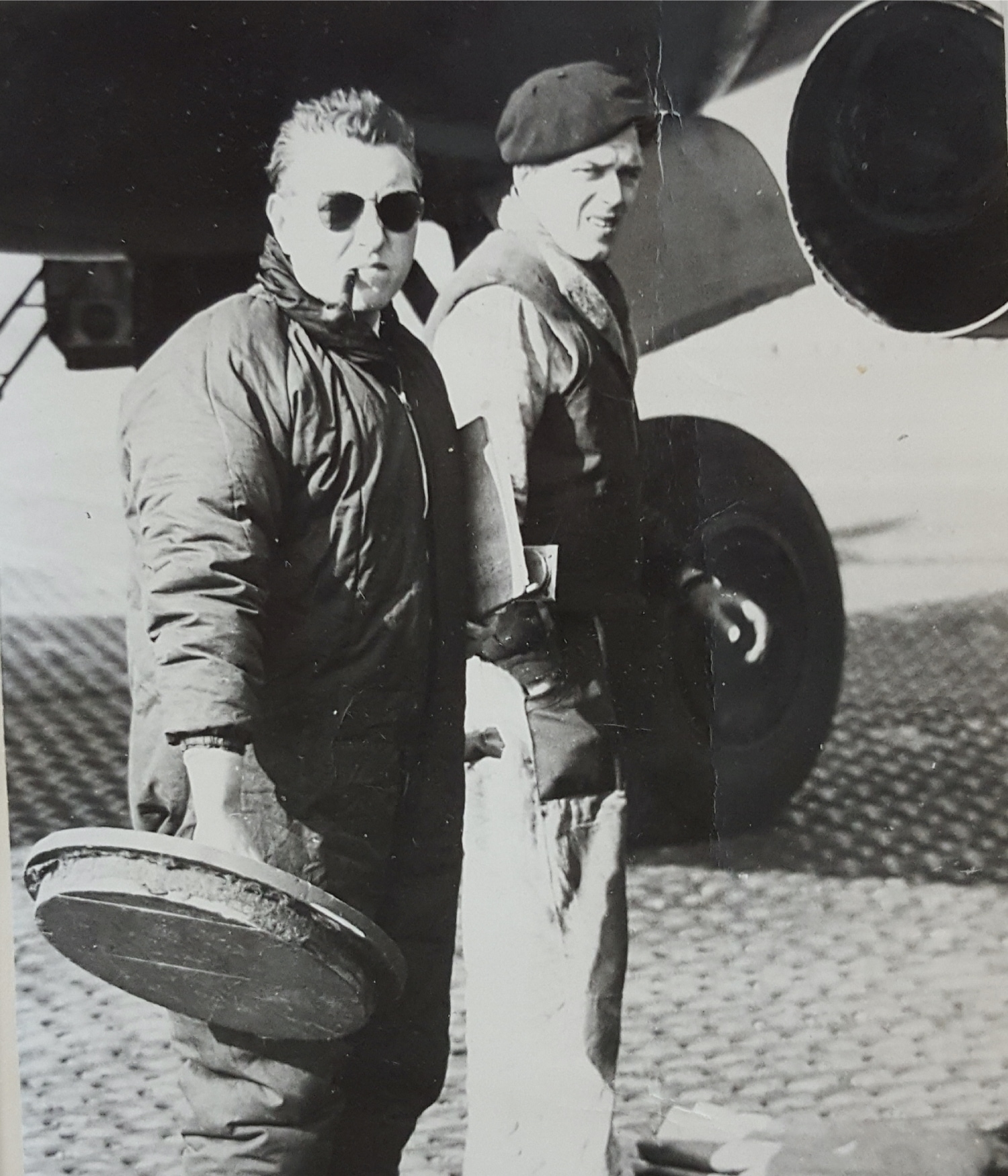 8. Pierron charging the roll of film in the observation plane. 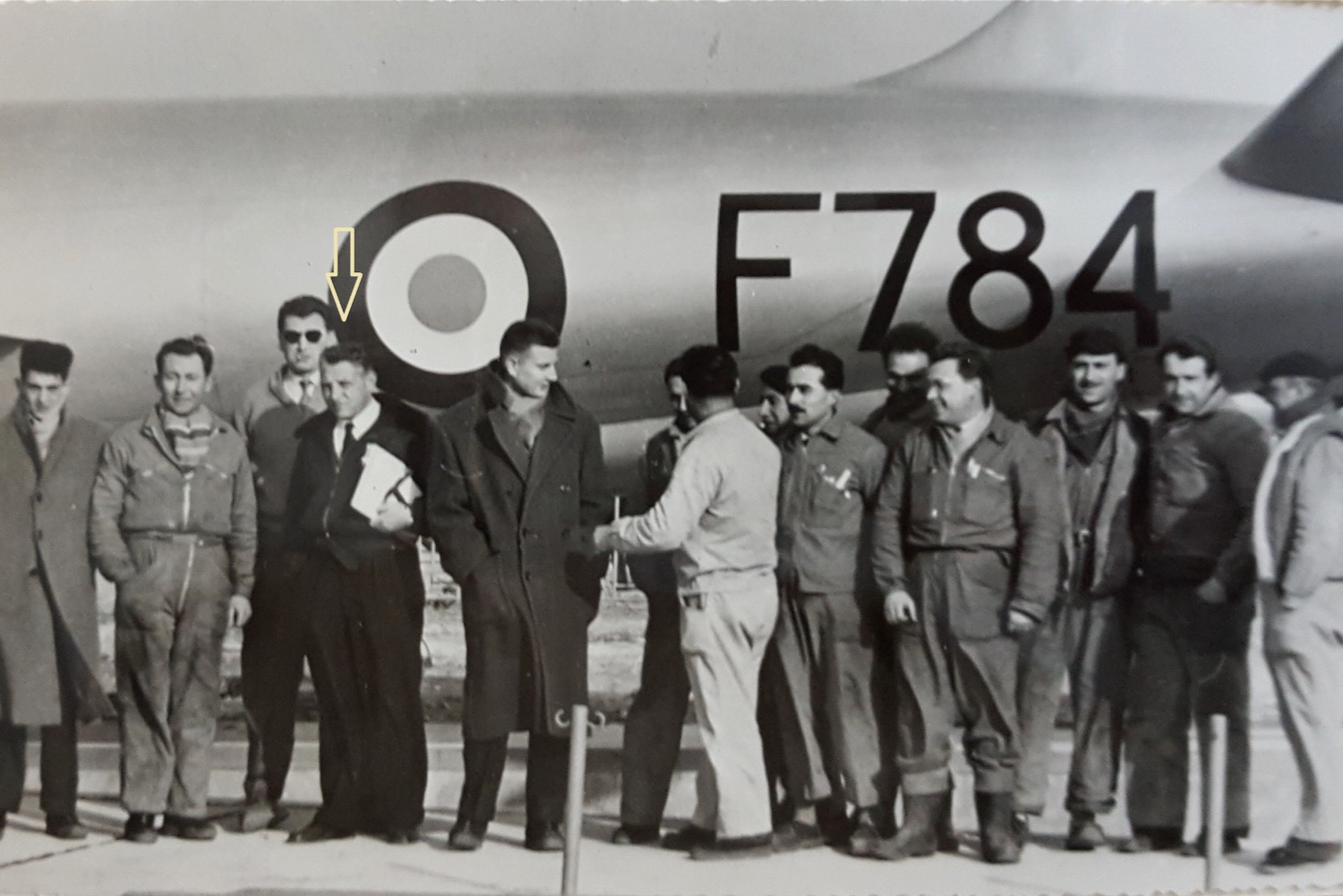 10. Here’s another picture taken at the Centre d’Essai en Vol in Istres in 1957 in front of another airplane being tested: the Fuga Makalu (Pierron is the fourth man starting from the left, wearing his flight jacket again). 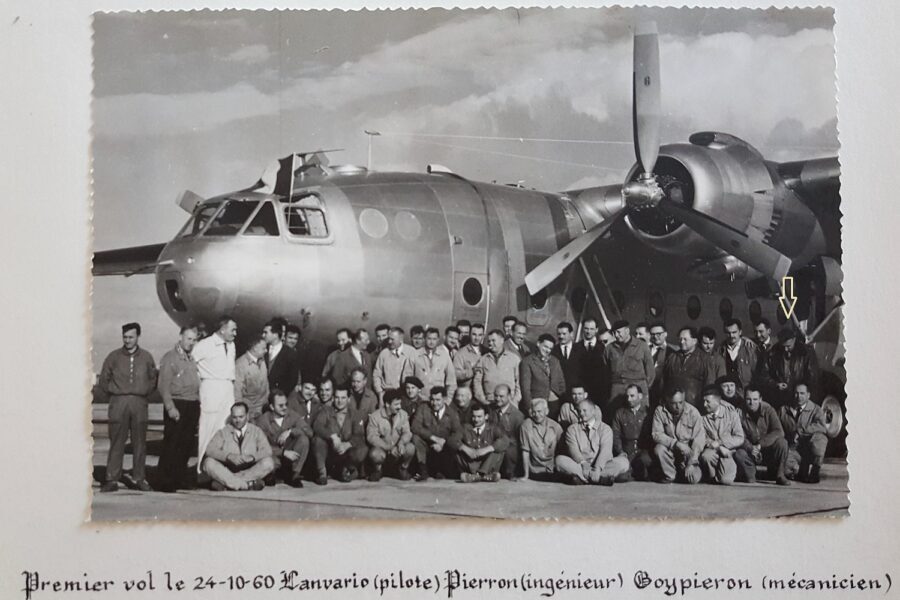 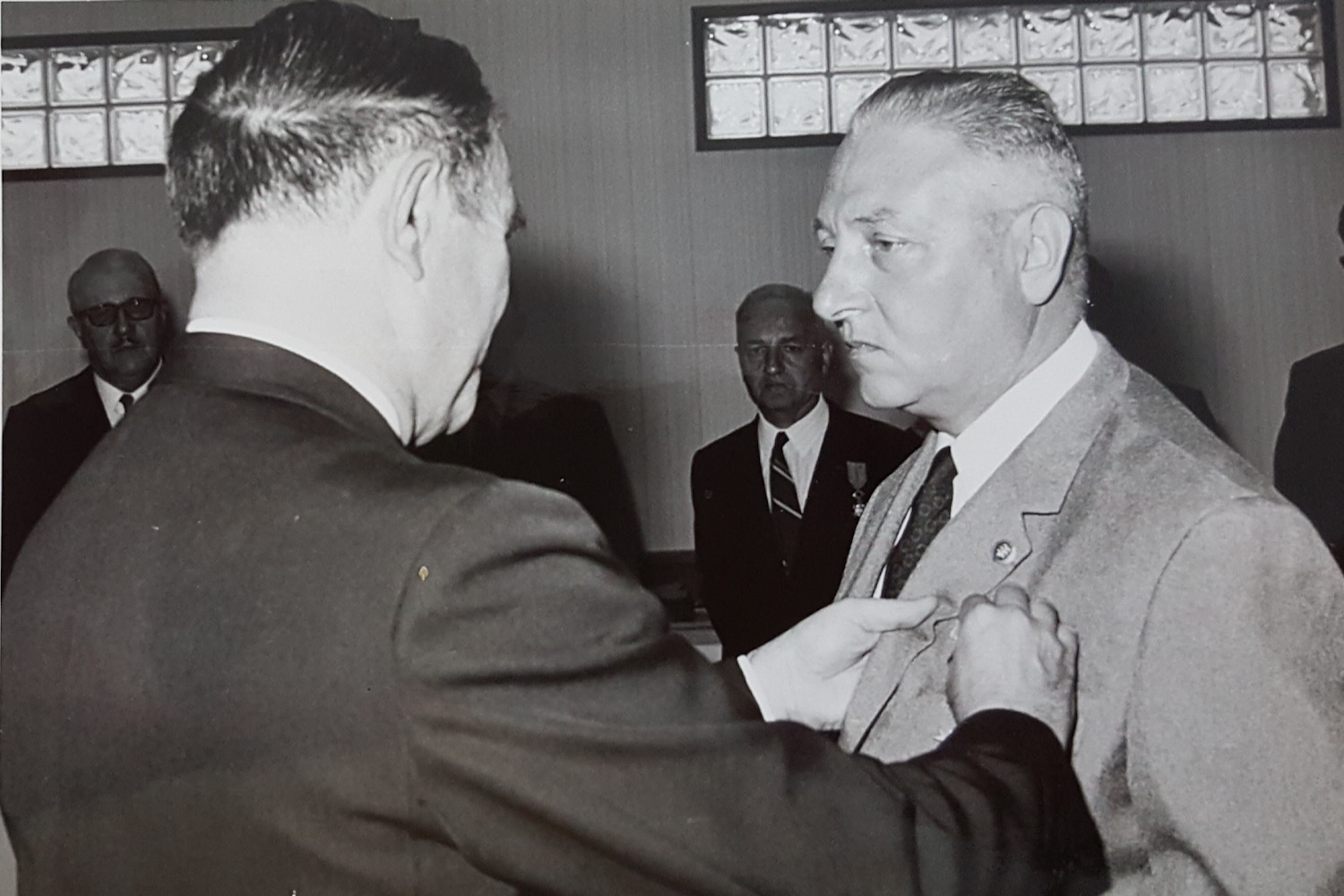 12. During this period, Pierron travelled to Japan, the USA, Canada, Madagascar, … In 1969, he was appointed Chevalier de l’Ordre National du Mérite, as a recognition of his service for his country. 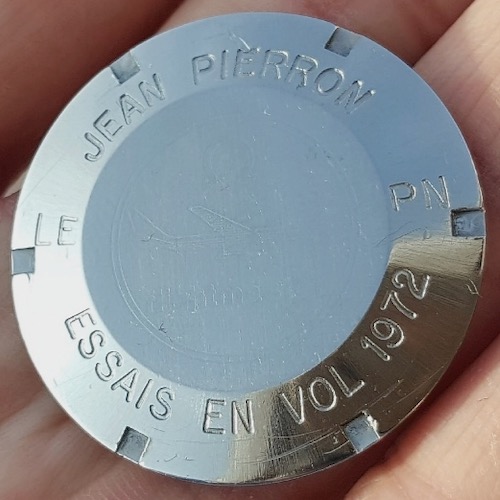 In 1972, the Air Crew Association of the C.E.V. offered him an Omega Flightmaster.

The watch had the caseback engraved on this occasion. 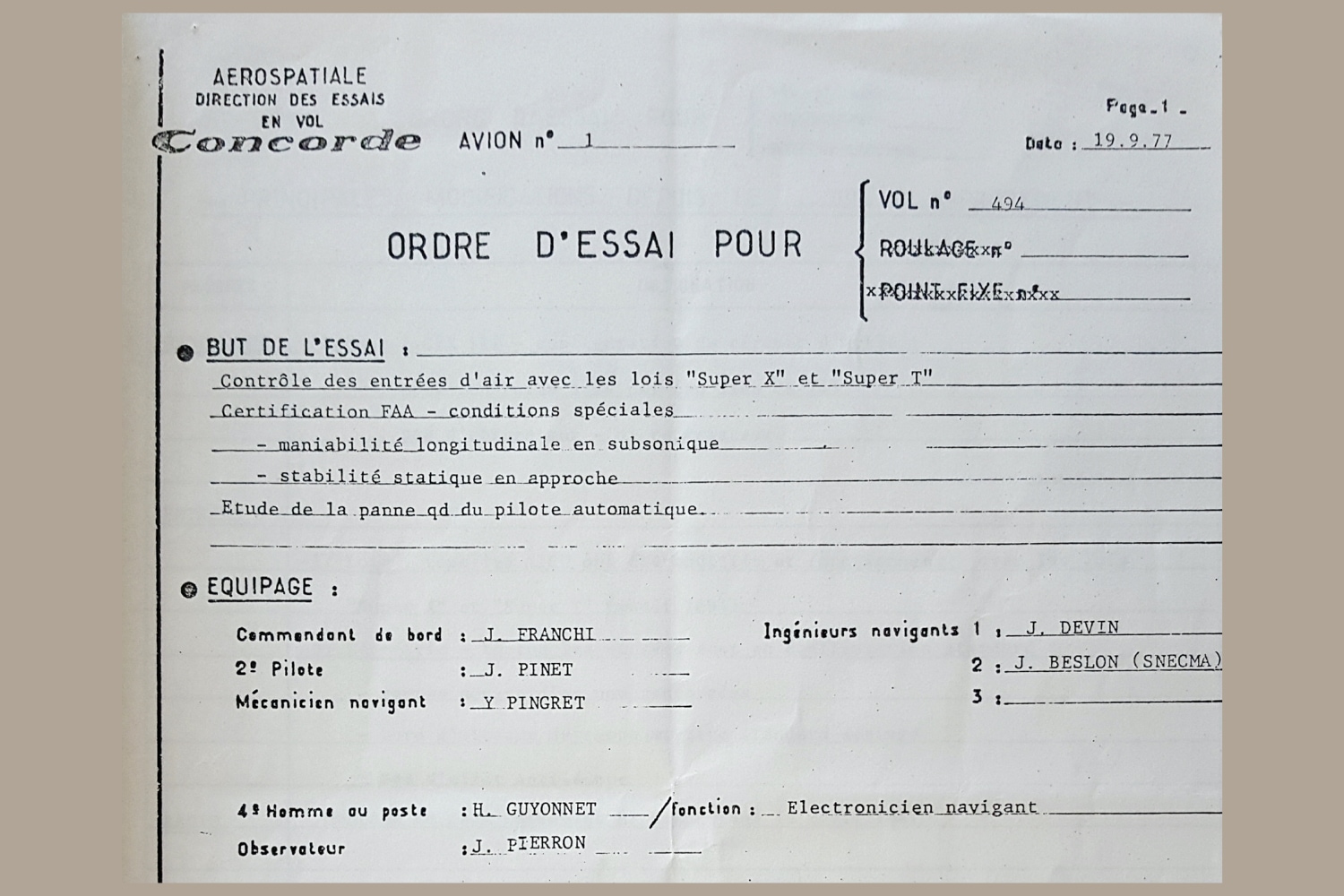 13. In the 1970’s, Pierron became an engineering consultant for the french firm Aérospatiale, who was developping the Concorde. 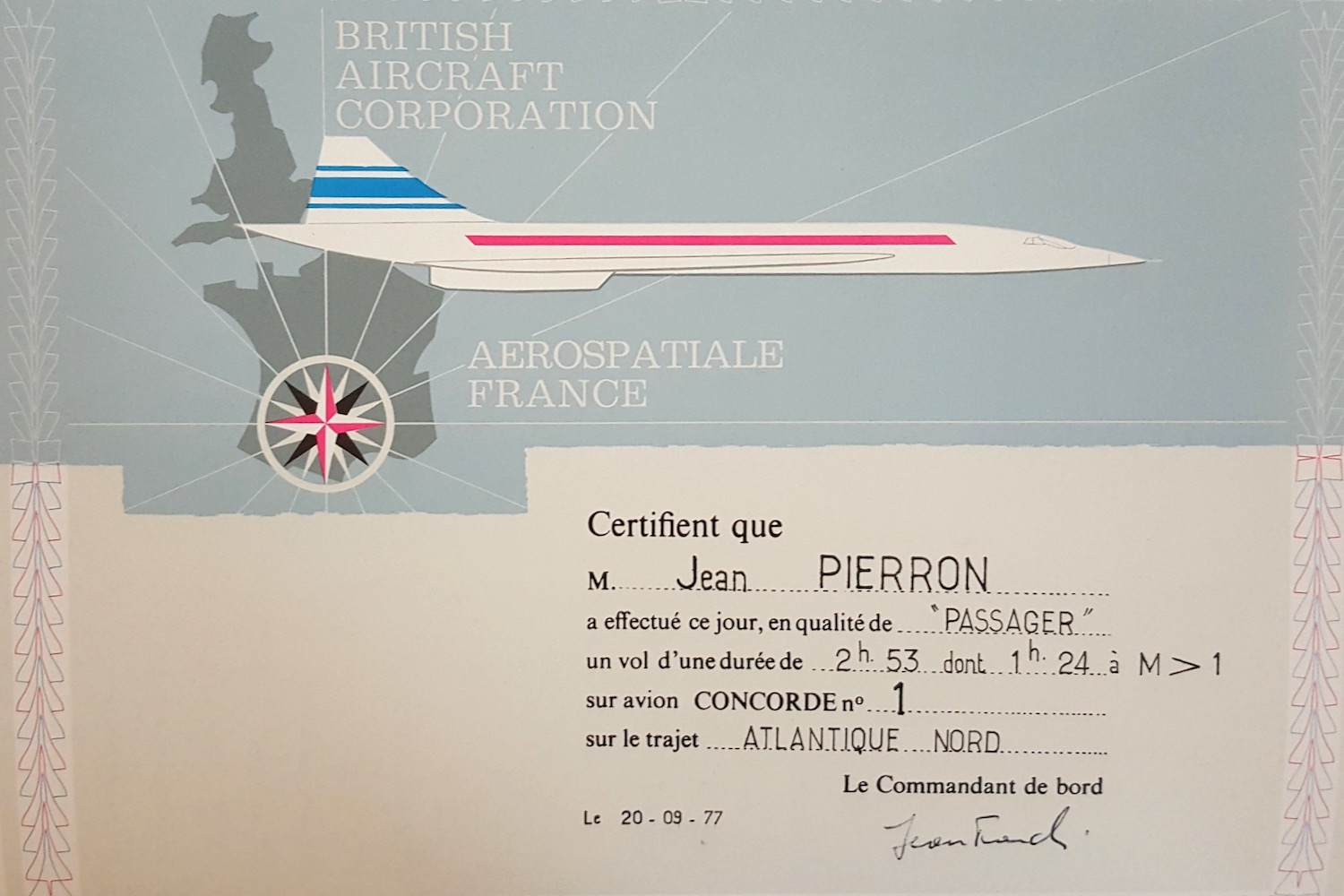 14. Pierron participated to a test flight of the Concorde n°1 in September 1977. 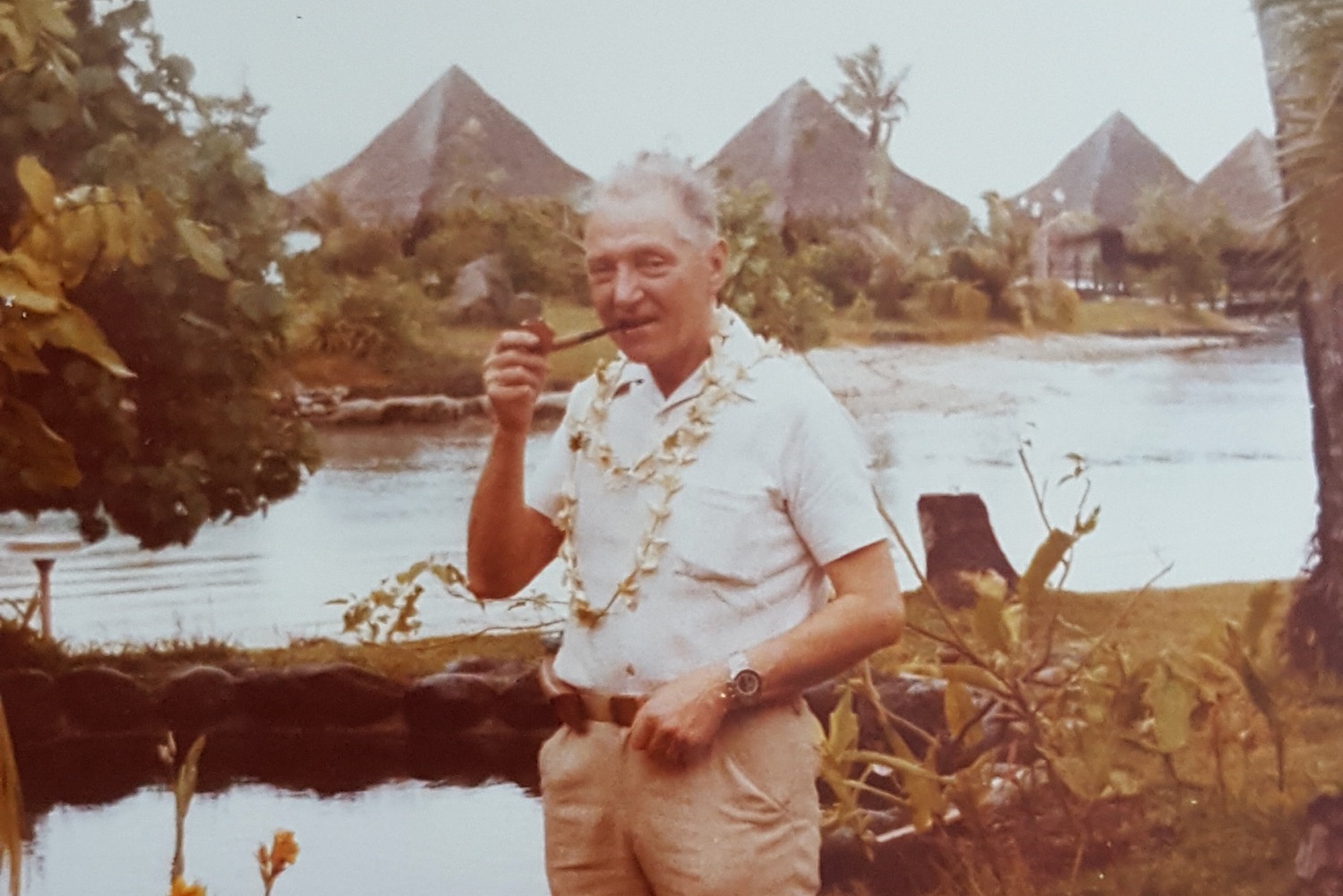 15. After a lifetime of hard work and more than 5’250 hours spent in aircrafts of all sorts, he retired together with his Flightmaster, as shown on this picture taken in Tahiti in the late 1970’s. 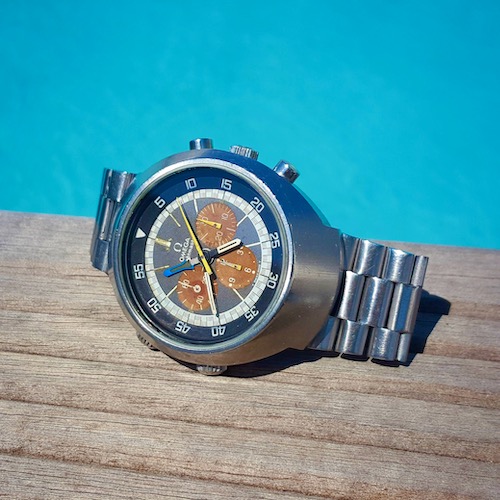 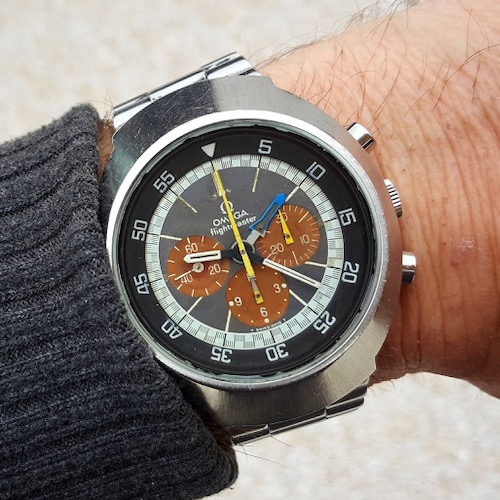 And today, I have the pleasure to be the very proud owner of this special watch.

…
COOKIES HELP US TO PROVIDE, IMPROVE, AND PROTECT WATCH BOOKS ONLY. BY USING OUR SERVICES, YOU AGREE WITH OUR COOKIE POLICY.OKREAD MORE