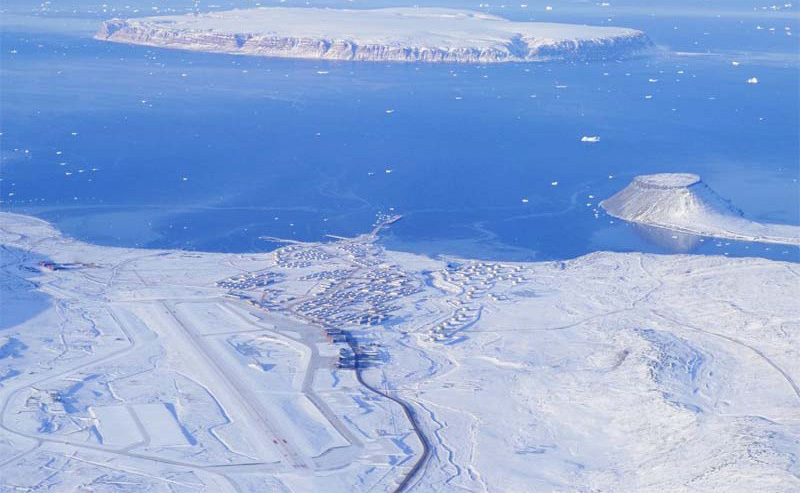 After a first SPEEDMASTER STORIES article telling the incredible story of the Speedmaster that survived a bushfire, let’s visit the other side of extreme temperatures.

Seven hundred fifty miles north of the Arctic Circle; outside temperature is -13° Fahrenheit. Welcome to Thule Air Base in Greenland, the northernmost US Air Force! 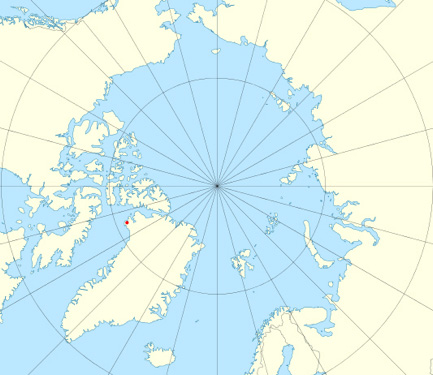 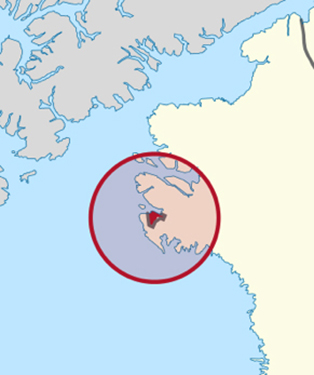 Thule Air Base is located on the northwest coast of Greenland.

Built in 1941, Thule Air Force base hosted up to 10,000 people during the first half of the 1960s. Due to its proximity to the USSR, it was used as support for an underground base, as research base for reconnaissance flights and a warning center in the event of ballistic missile attack (more information about the base’s history can be found here).

On December 30th, 1965, a resident of the base, Wayne C. S. entered the Base Exchange, the general store managed by AAFES (Army and Air Force Exchange Service). Perhaps he intended to buy himself a late Christmas gift. 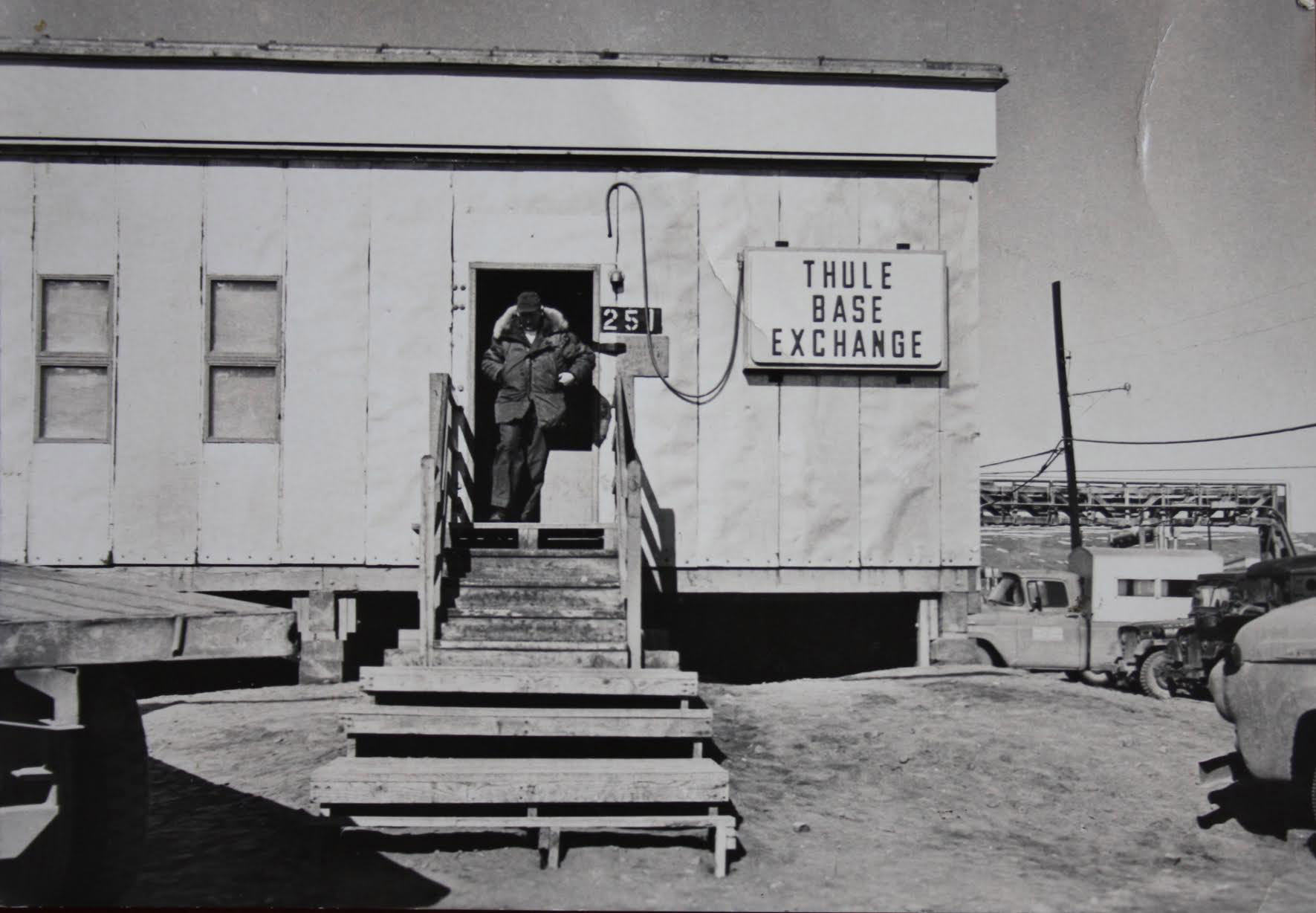 Outside view of the Thule Base Exchange during the 1960s
(credit
http://www.naberhuis.nl/, with permission).

Forty-five years later I had the opportunity to purchase his Christmas present: an OMEGA Speedmaster ST 105.003 in absolute full set configuration. 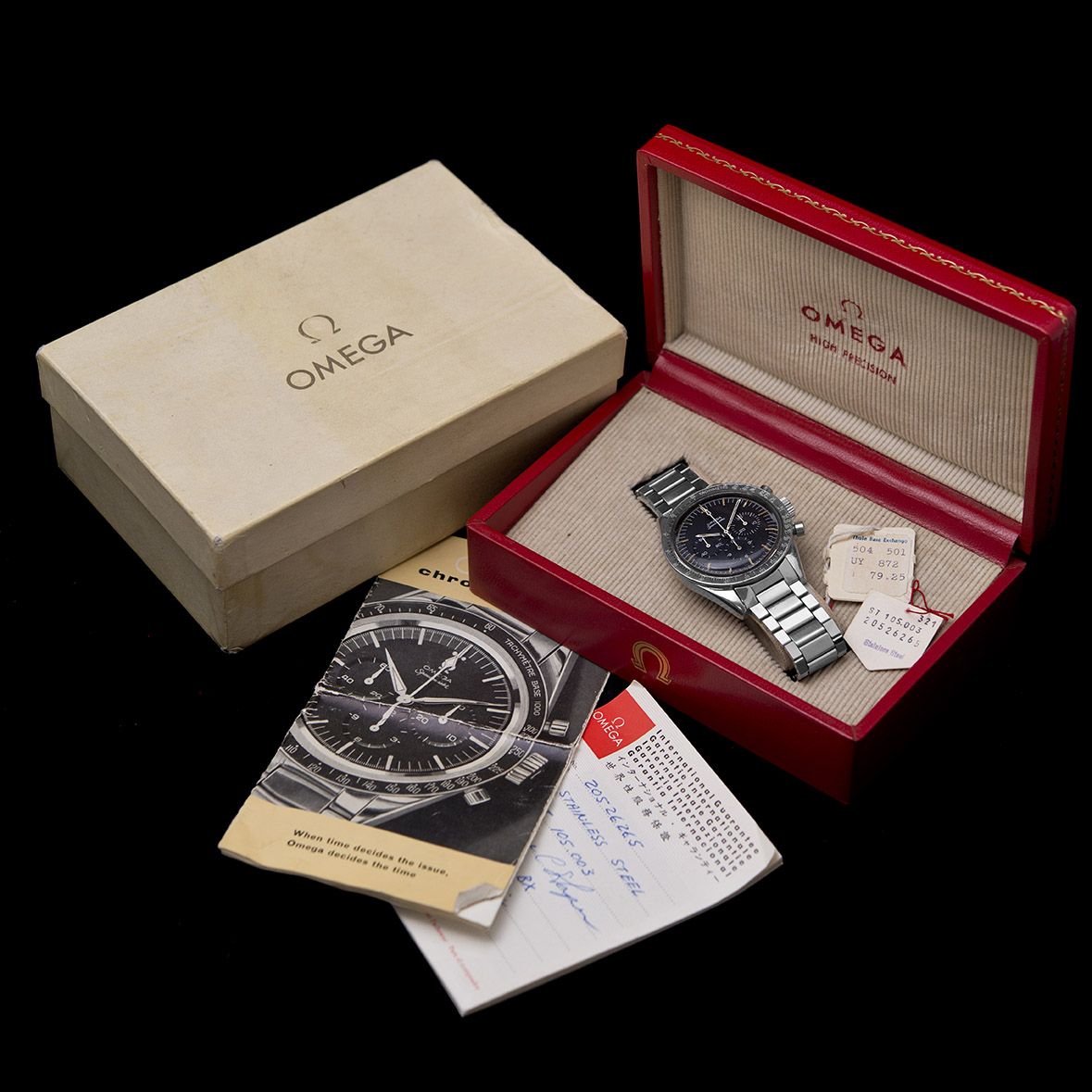 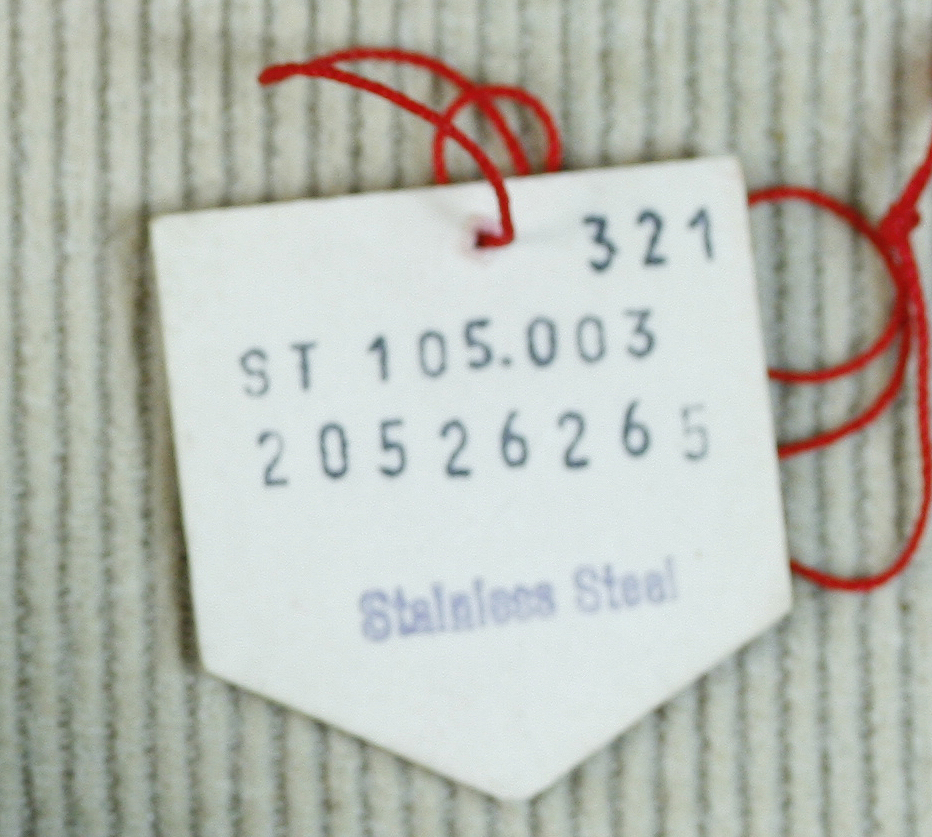 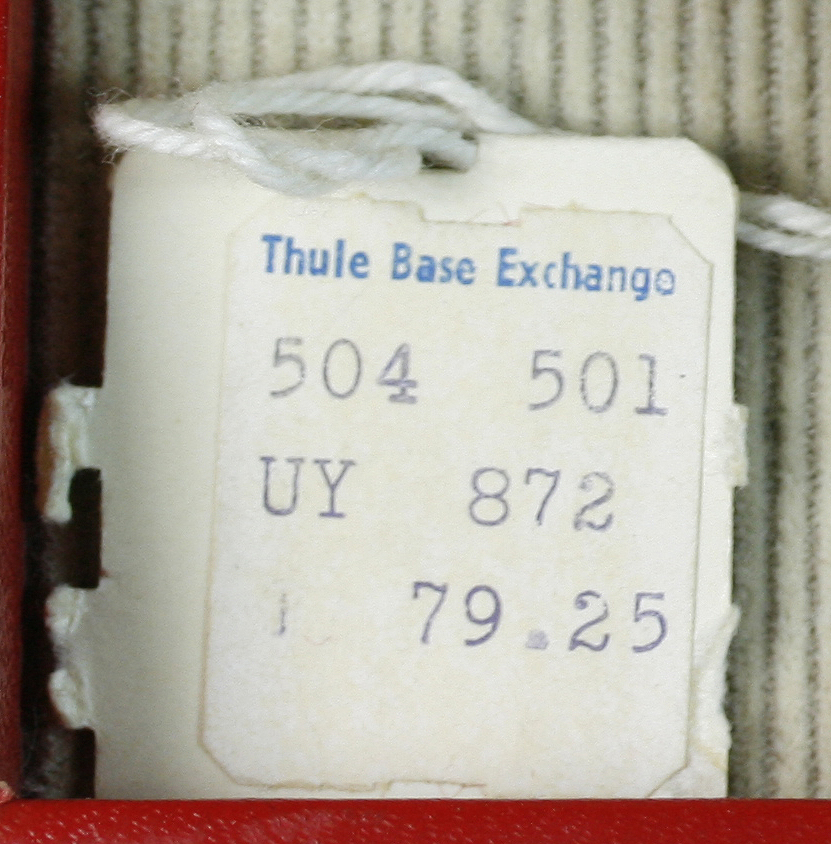 This kind of full set configuration is extremely rare. In addition to the watch, the warranty leaflet, the user manual, the box, a label with reference information and a label showing delivery location as well as the price, are all present. 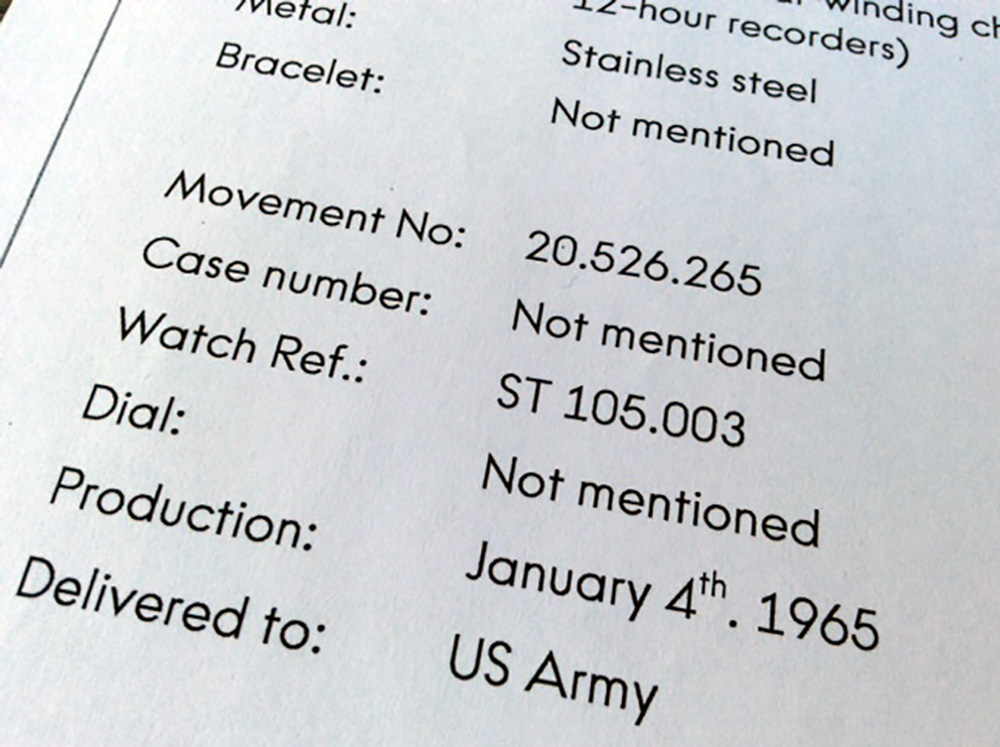 The extract of the OMEGA archives confirmed its military source,
with the information “produced January 4th, 1965 and delivered to US Army”.

The former owner did not know anything about the watch

When I purchased this model in USA, the owner told me the following: “I was shopping at an estate sale as I normally do on the weekends. Bought a box of costume jewelry and I never even saw the watch when I bought it. I noticed the red box in the bottom when going through it at home. When I opened it I thought right away it looked like a high quality watch. I had never even heard of OMEGA either.”

I could not believe it …  I found the twin

A few months after this purchase I had the opportunity to acquire another ST 105.003-63, but I could not believe my eyes when I saw that its movement serial number was just one position away to my “Frozen Speedmaster”: 20.526.264.

I nicknamed this pair the “US Army twins”.

20.526.265 is pictured in Moonwatch Only, and the pair is illustrated in The Ultimate Speedmaster Exhibition, the book published by the Davidoff Brothers for the exhibition we co-organized with them in Geneva in 2015. 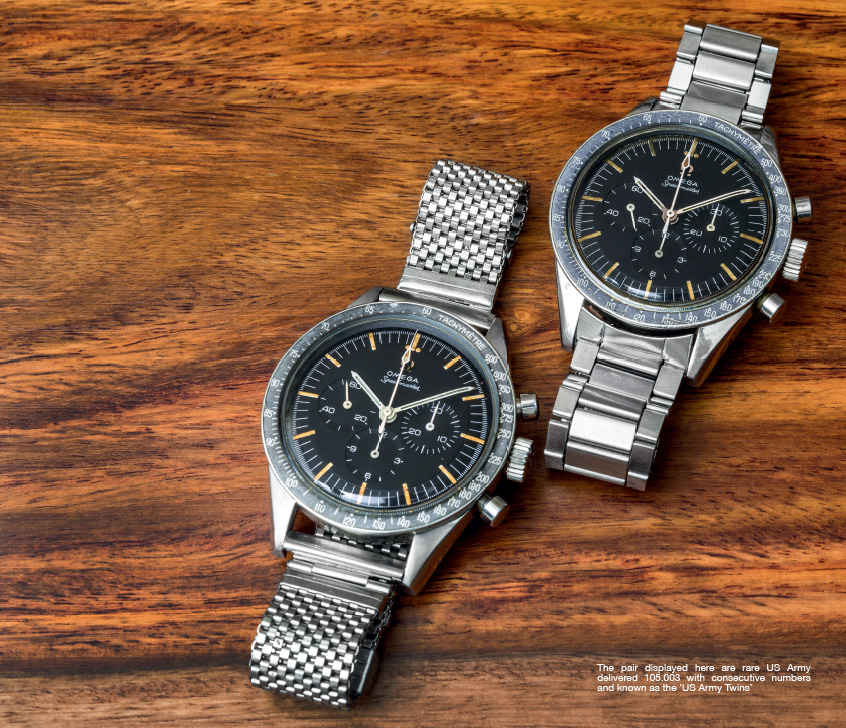 The ST 105.003 is among the legendary Speedmasters, since it defeated its two competitors proposed by Longines and Rolex, during the extremely tough NASA tests, to become the official and exclusive timepiece of the astronauts on the Gemini programme.

Flight qualification of the Speedmaster for manned missions was officially announced on March 1st, 1965 and the first official mission, Gemini III, a few weeks later on March 23rd, 1965.

The Speedmaster strapped to the space suit of astronaut Ed White during the first spacewalk by an American astronaut, during the mission Gemini IV, 3 June 1965 is a ST 105 003.

This is a photograph of the event, which revealed the use of the Speedmaster by astronauts to the public. 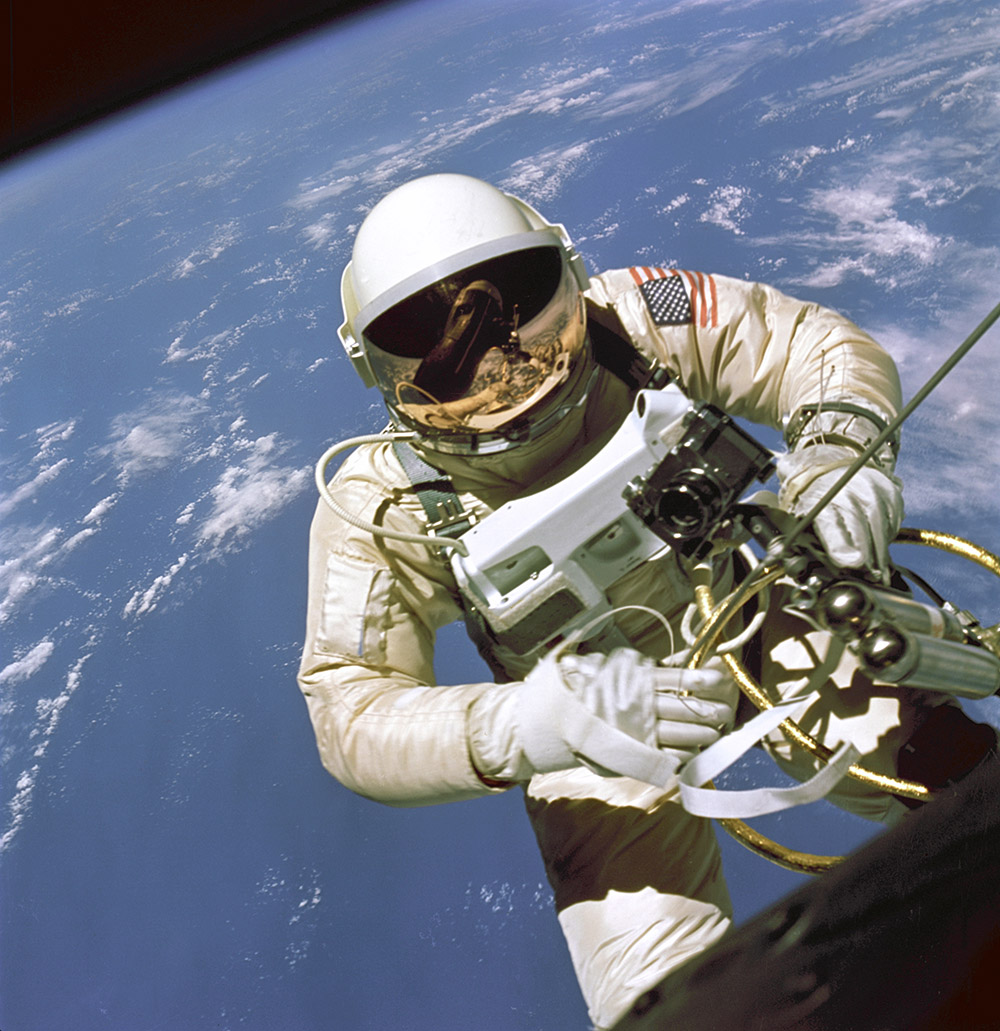 The ST 105.003 is the last Speedmaster with straight lugs, hence with no protection of the crown and the push pieces. The dial is devoid of the “PROFESSIONAL” inscription, destined to Speedmasters with an asymmetrical case.

Suffixes, for example -63, indicate the year of production of the case, which is frequently one year earlier than dispatch date.