This article focuses specifically on the complex transition period between the first two generations of Flightmasters that took place in a very short period of time in 1971, and thus provides updated information for the aficionados of the Flightmaster models.

This story begins with an internal report of a meeting at Lemania, which took place on May 21, 1970.

One of the topics of this meeting was to initiate a reflection on the development of the Flightmaster model, reference ST 145.013, with the caliber 910. Two features were mentioned:

At another meeting, which took place on September 23, 1970, and despite the preference of professional users (such as pilots) for the small second indicator, the participants agreed to retain the AM/PM indicator, which was, according to them, “a strong marketing element”.

The idea of producing two versions, a “professional execution” with the small second indicator for the professionals, and a standard version retaining the AM/PM indicator was even raised.

The documents currently available do not allow to shed light on how exactly the decisions of the September 1970 meeting were overruled, but it is evident that further discussions / decisions occurred shortly thereafter, prior to a November 1970 meeting, where it was ultimately decided that the new Flightmaster would swap out its AM/PM indicator for a small second indicator.

Based on the timeline of these OMEGA meeting minutes, it is evident that there was a sudden decision to replace the AM/PM indicator by the small second indicator. The impressive pace that followed to develop the new Flighmaster (reference ST 145.026), powered by the caliber 911, gave rise to several transition versions which will be detailed below.

The complexity and suddenness of this transition period is also illustrated by some Flightmaster production files from the OMEGA archives (shown by the OMEGA Heritage team), where the reference and caliber have been corrected (updated) by hand.

Furthermore, extracts from the archives corresponding to these observations confirmed that the reference was indeed ST 145.013.

These new findings led us to provide a new classification of 3 transitional models for this period. 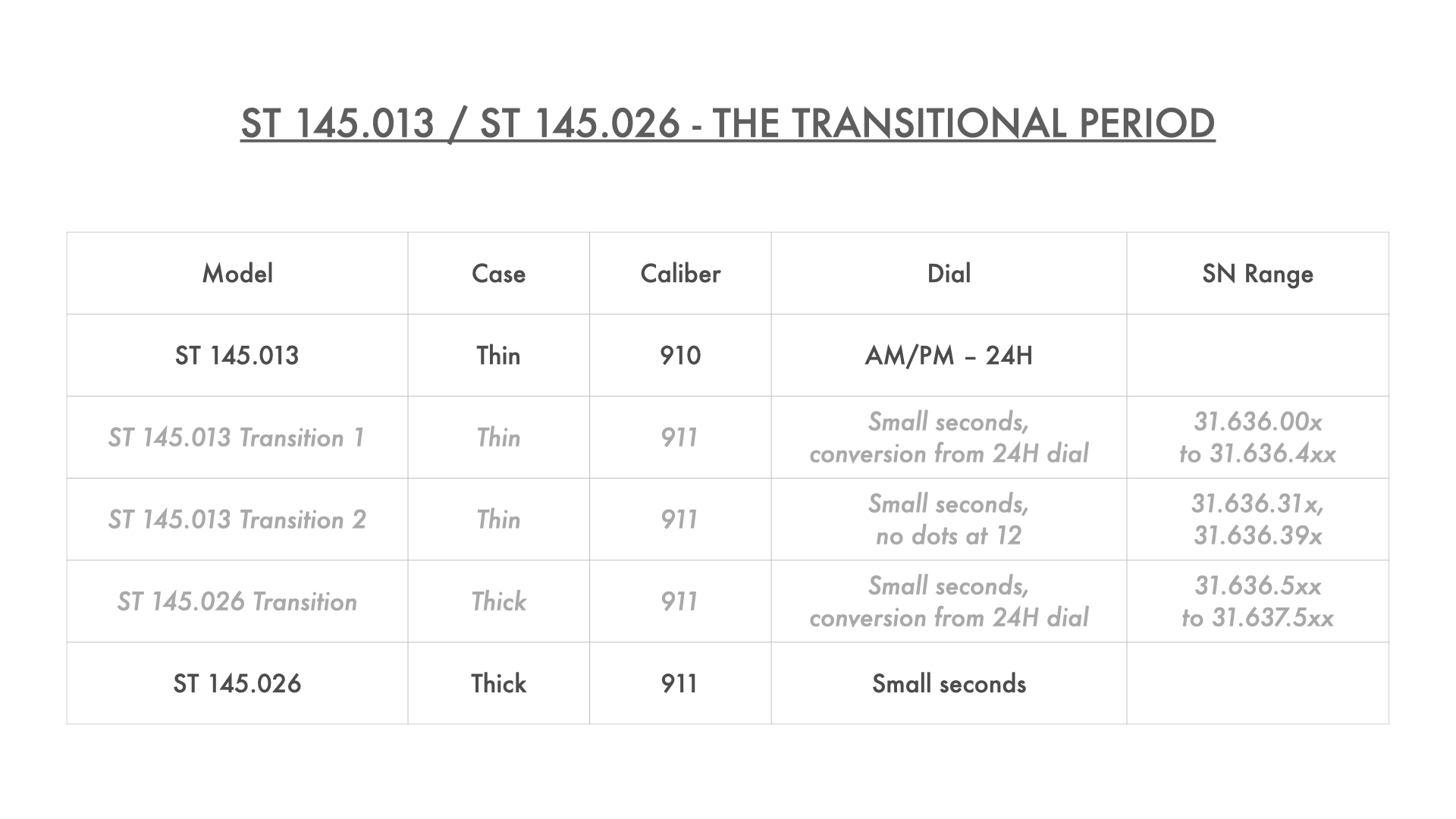 This version corresponds to the very first Flightmaster with the small second function, but still with the slim case. The dial is referenced as “B1. Transitional” in Flightmaster Only. It is easily identifiable as a former AM/PM dial used for the ST 145.013, but modified with a black 0-60 subdial at 9 o’clock. Indeed, it has most of the characteristics of the AM/PM dial, such as the 3 with a flat top on the hour subdial, a small step, and a format-specific T SWISS MADE T. In addition, the fonts used for the new small second subdial are different from those used for the standard ST 145.026 dials. This dial usually lacks the luminous tritium dots at 3-6-9, but at least one example, with a special “albino dial”, had these dots.

We estimate that fewer than 500 copies were produced. 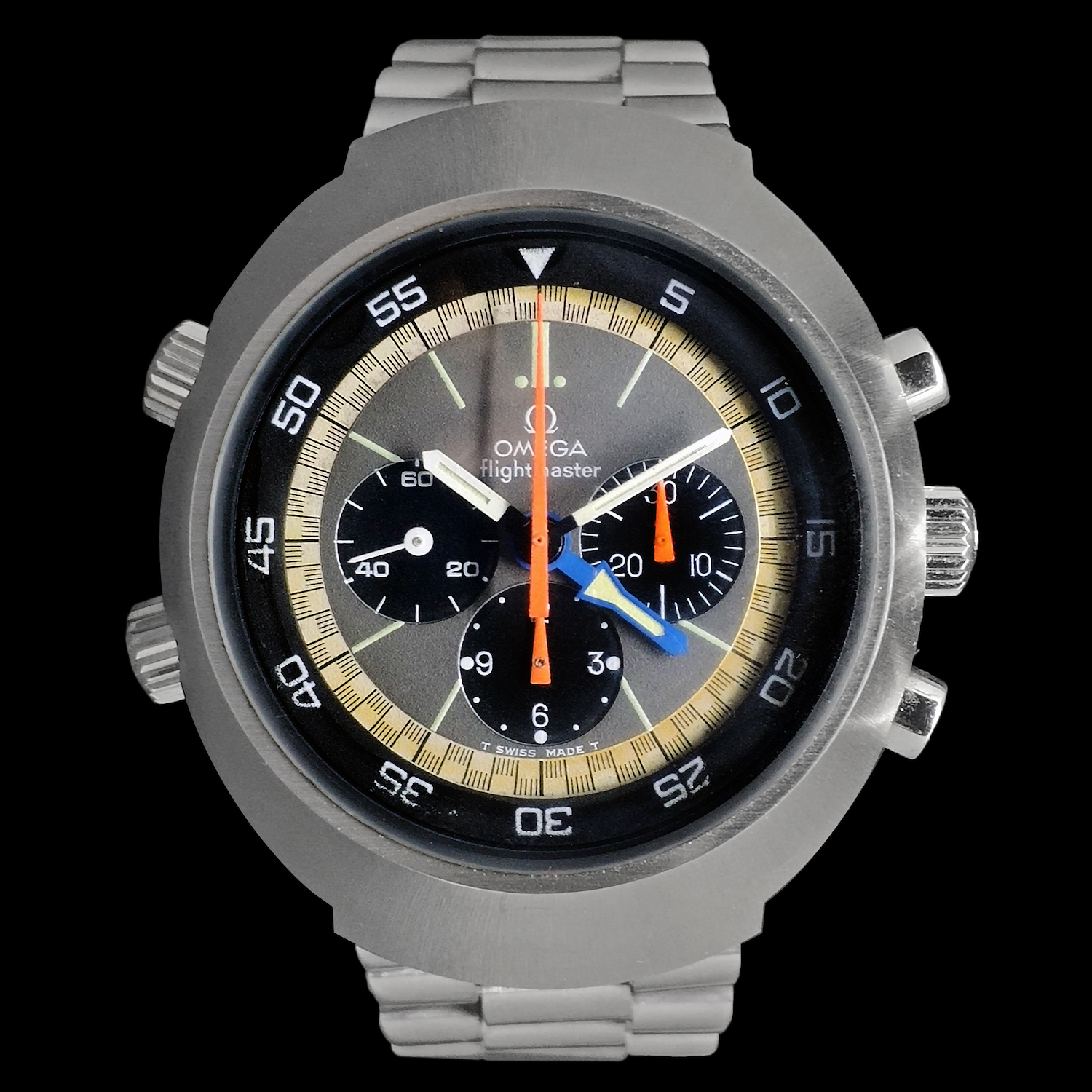 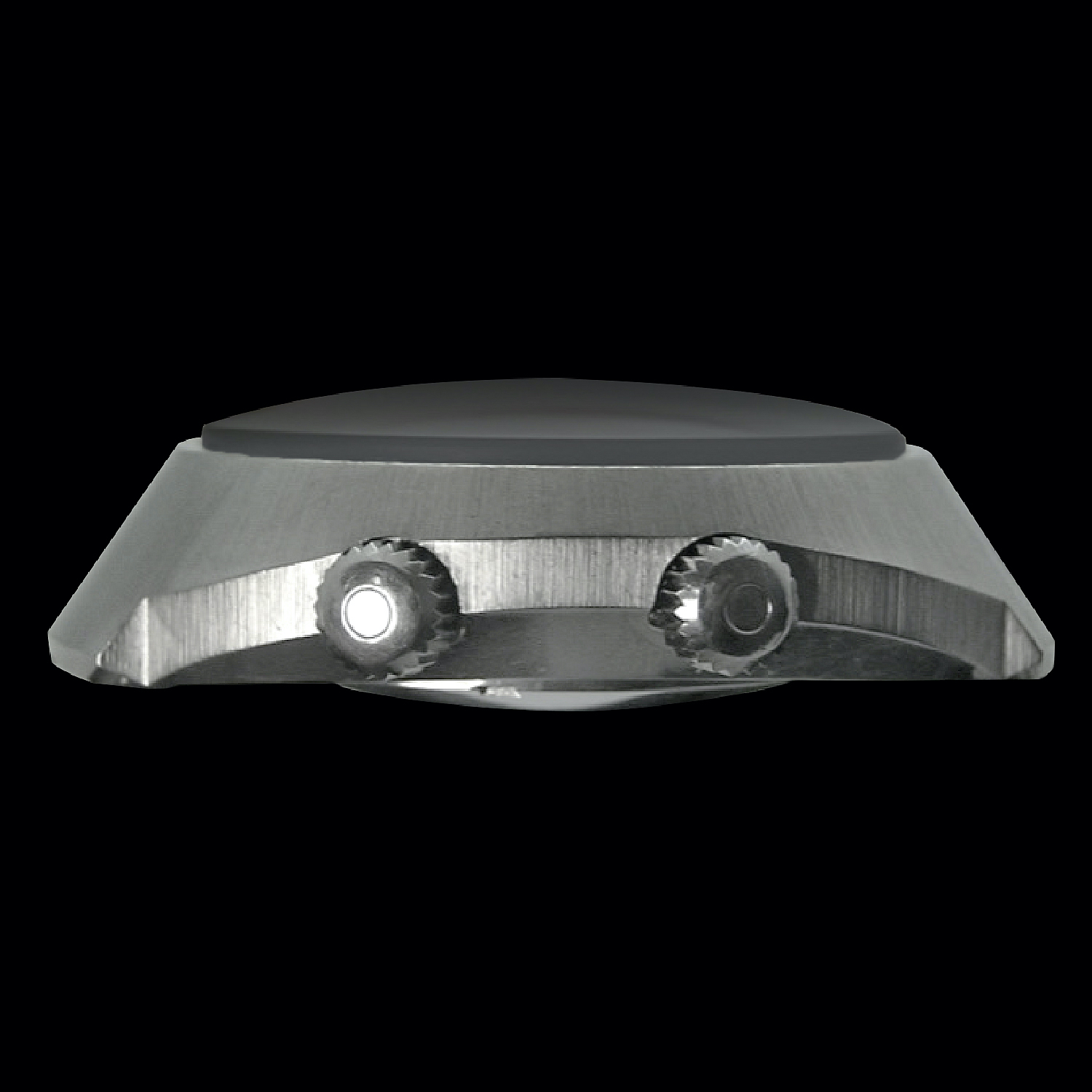 Only two copies (in a narrow serial range) of this very rare version have been recently observed. For this reason, further research would be helpful. It is characterized by the first-generation case and a small second function. What makes it very special is its unique dial, similar to the standard ST 145.026 dial, but without the two luminous tritium dots on either side of the index at 12 o’clock.

We don’t have any clue about the production volume, but it is certainly very low as it is likely fitted with a pre-production dial for the ST 145.026. 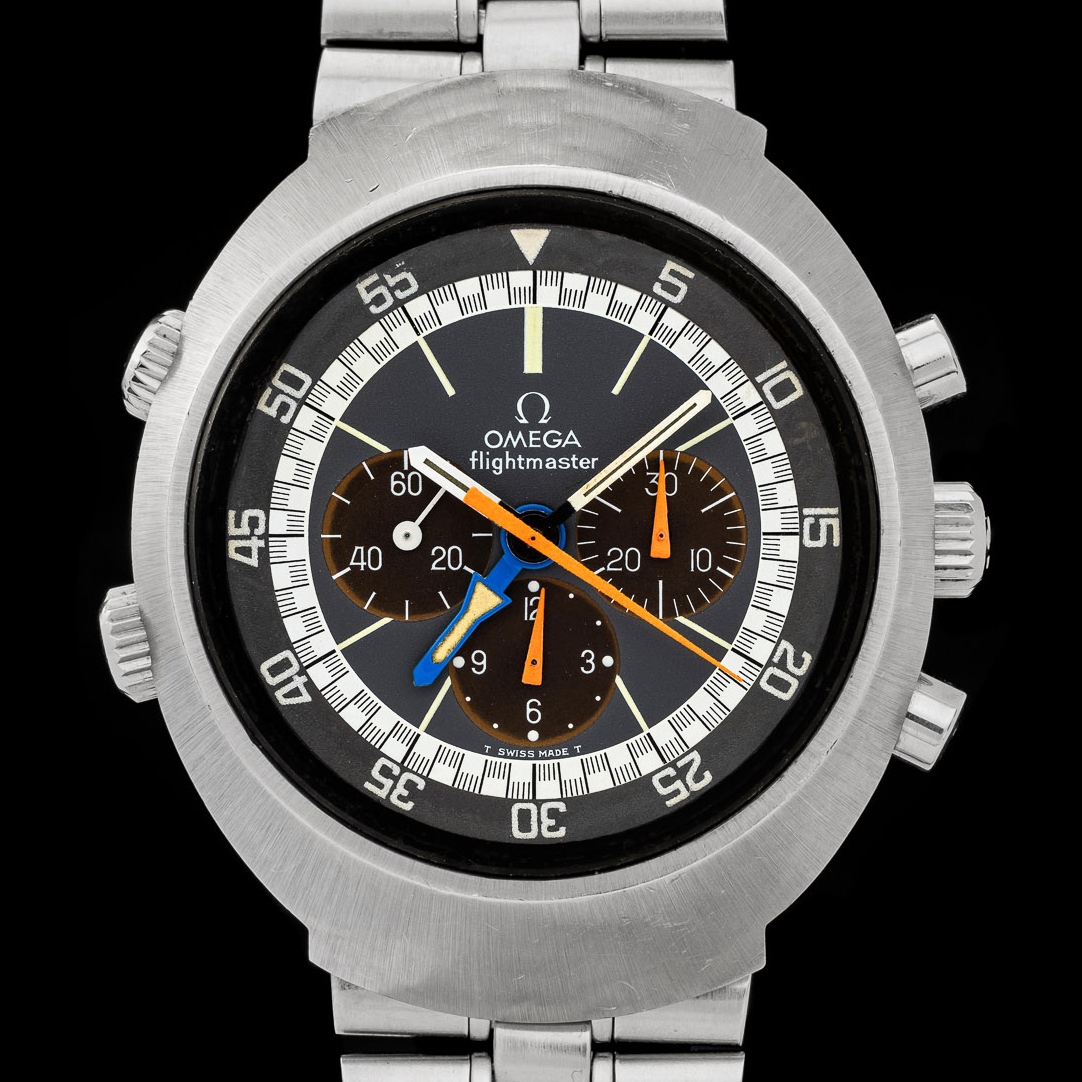 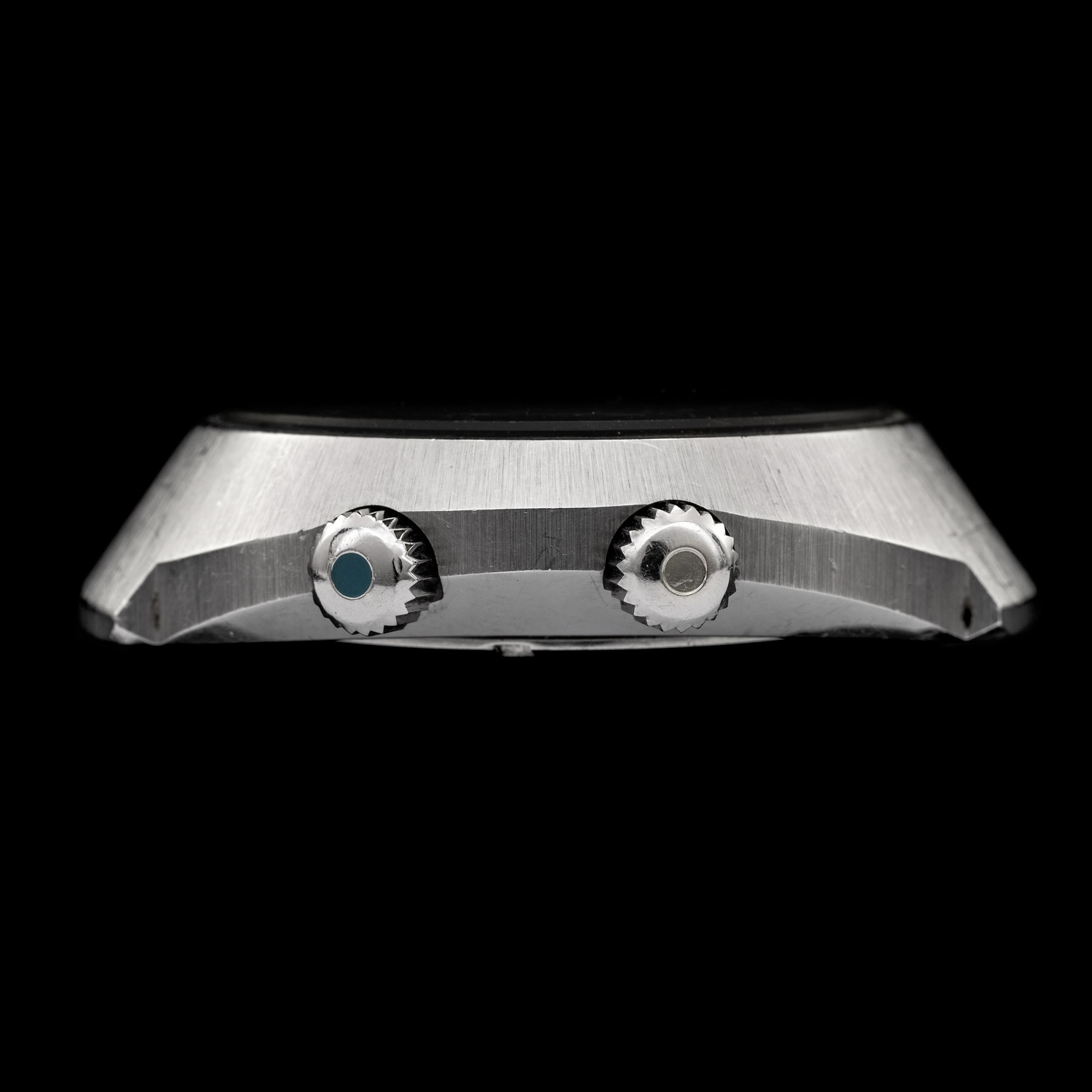 This version is the one presented in Flightmaster Only as ST 145.026 Transitional. It is fitted with the new thicker ST 145.026 case, a flat mineral glass and the “B1. Transitional” dial.

It is the least rare of the transition models, probably around 1’000 units. The example illustrated below is a good illustration of the transition: its dial has two subdials in a chocolate hue (typical of the aging of the ST 145.013 dials) with the third retaining its original black color, a likely sign of an updated subdial. 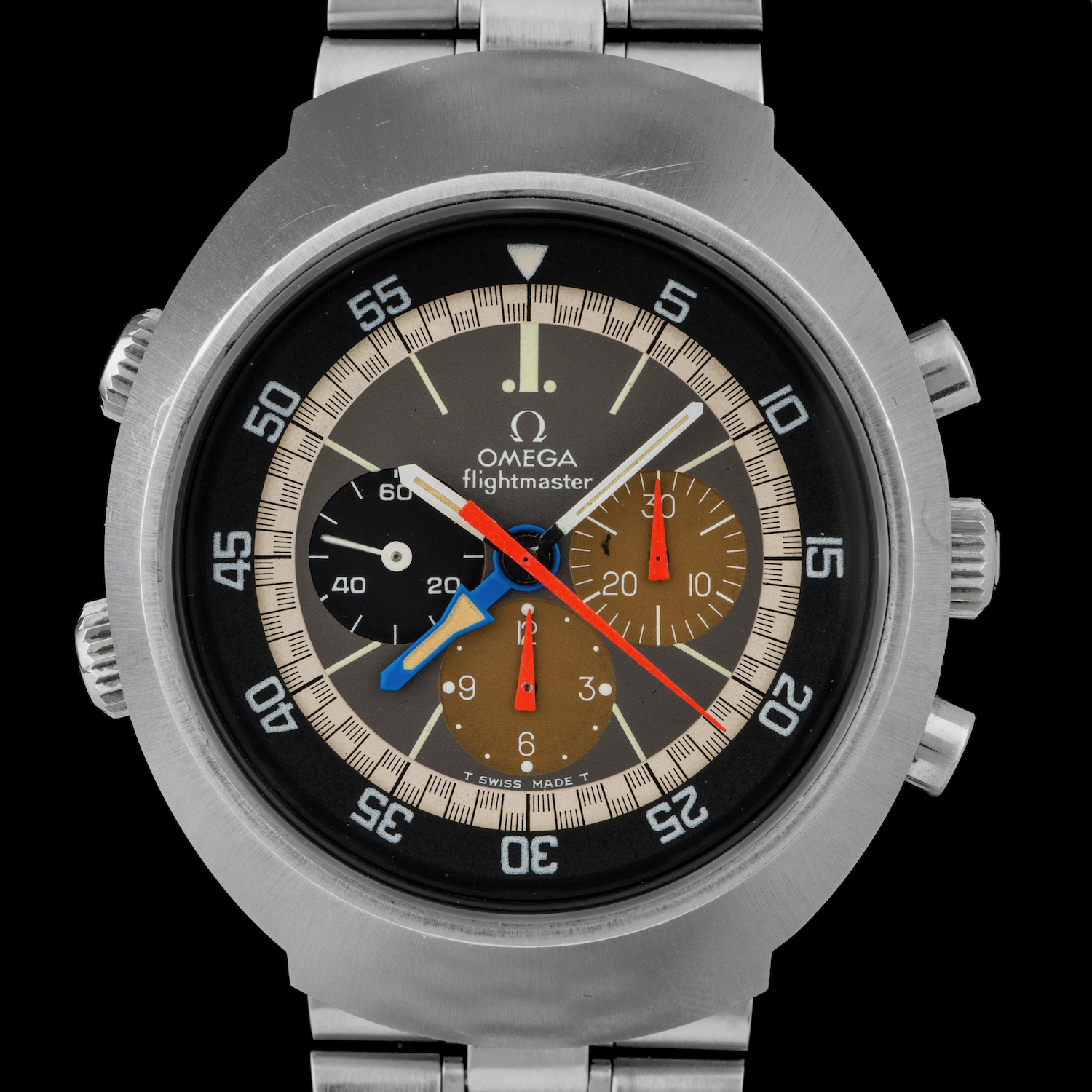 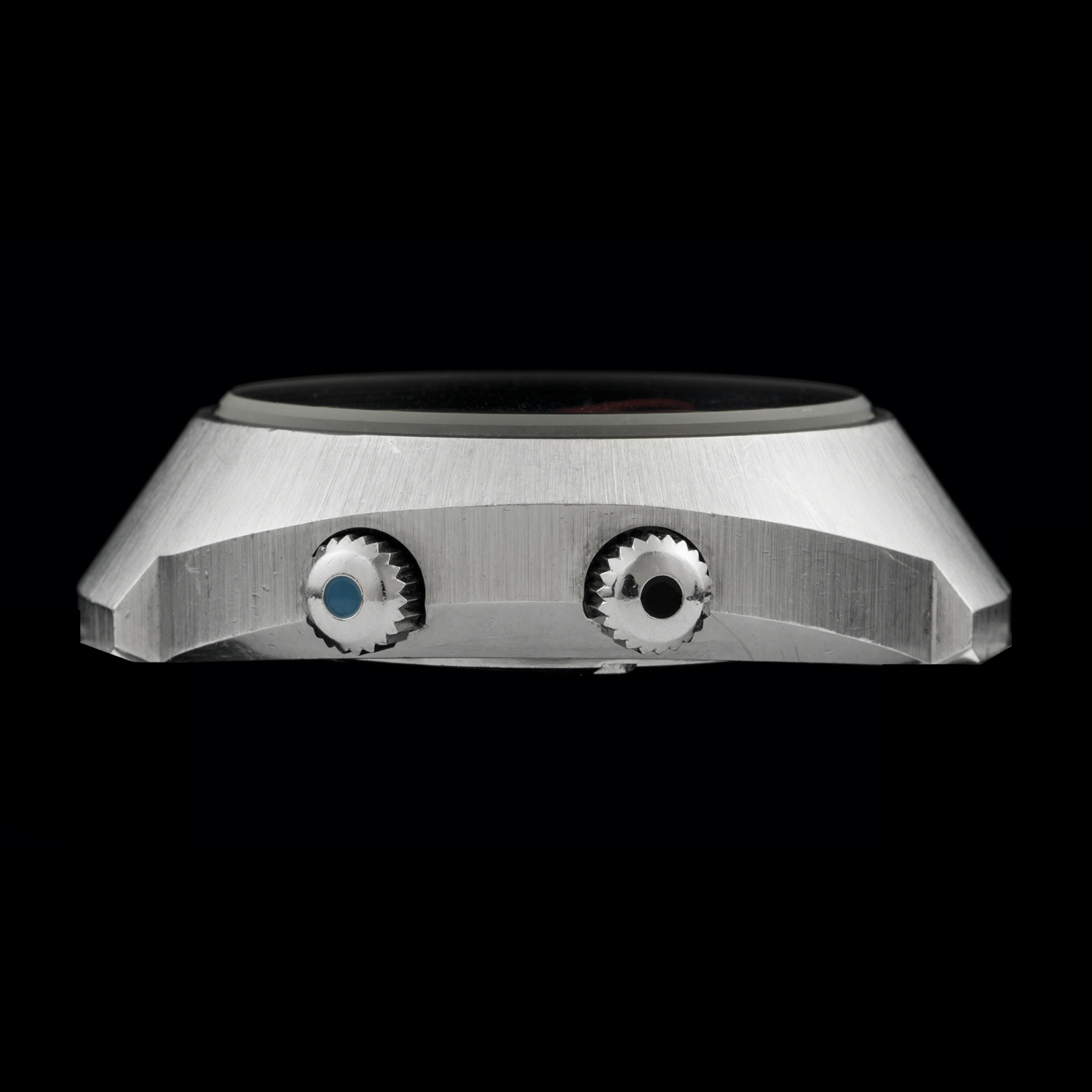 It is remarkable to note that all the observed transitional models were produced in a very short time frame, between September and October 1971.

Another example of this crazy transition period can be illustrated by this prototype dial, full black, but with an AM/PM sub-dial at 9 o’clock, similar to the green one of the 145.013 standard models.

Please note that this dial has no step, unlike the standard 145.013s’ ones. 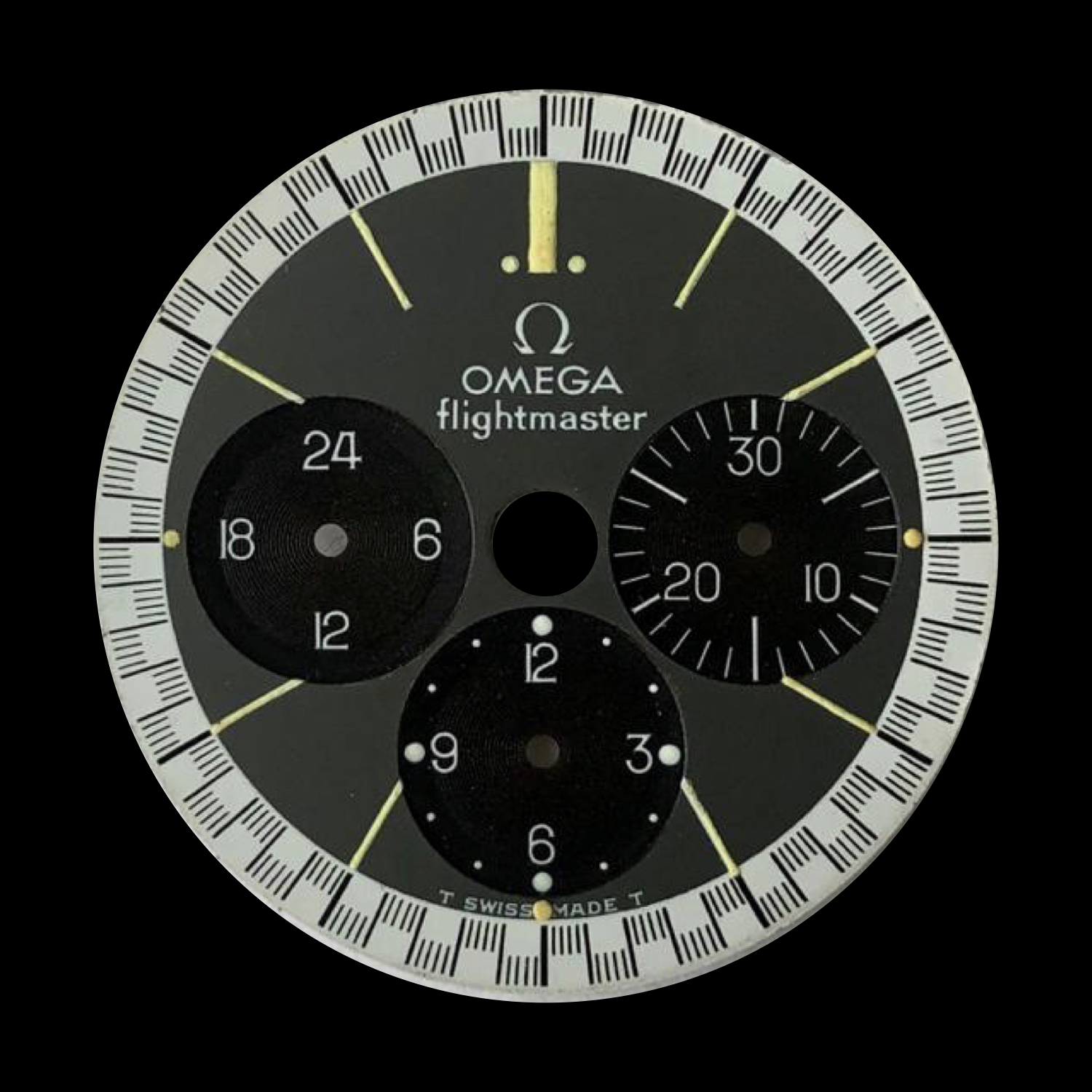 The icing on the cake

We have unveiled what is likely one of the development models for this transition period. This is a hybrid model that used one of the very first caliber 910 (29.130.019, the 20th in the series), which remained uncased in 1969 (no delivery date or destination in the OMEGA archives), but probably modified in 1970/71 with the replacement of the AM/PM module with a small second module, before the production of the caliber 911.

The case is of course the reference ST 145.013. The dial is also a former AM/PM dial, modified with the small second counter. Note that the tritium dots at 3-6-9 have not been removed, unlike the other transitional dials. In addition, all counters have a nice tropicalization. Finally, the usual blue GMT hand has been replaced by a simpler “baton hand”, but of a specific length. 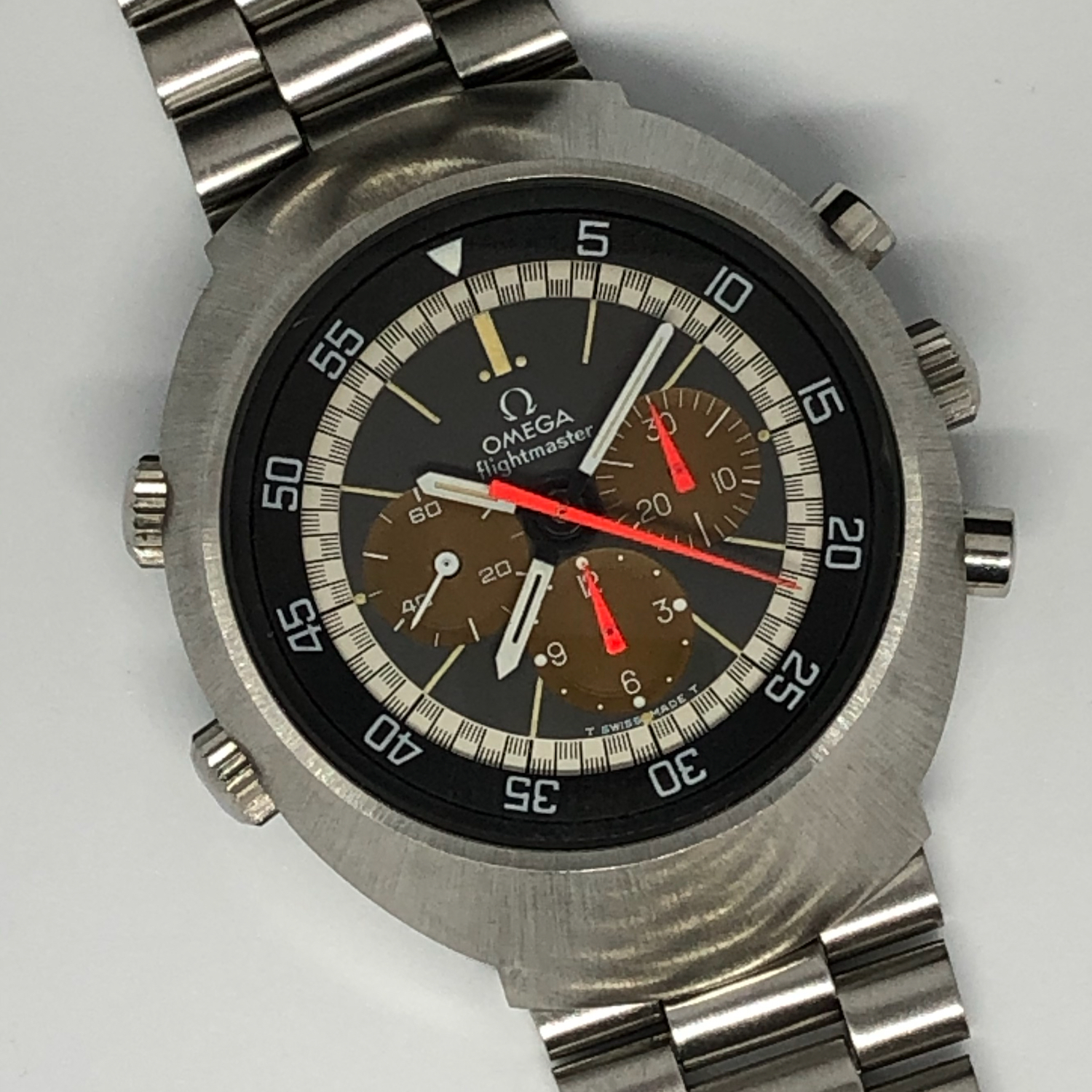 After this prolific period, the regular production of the ST 145.026 began probably in October 1971, replaced about one year later by the ST 145.036. But that’s another story…

LOOKING FOR A FLIGHTMASTER? 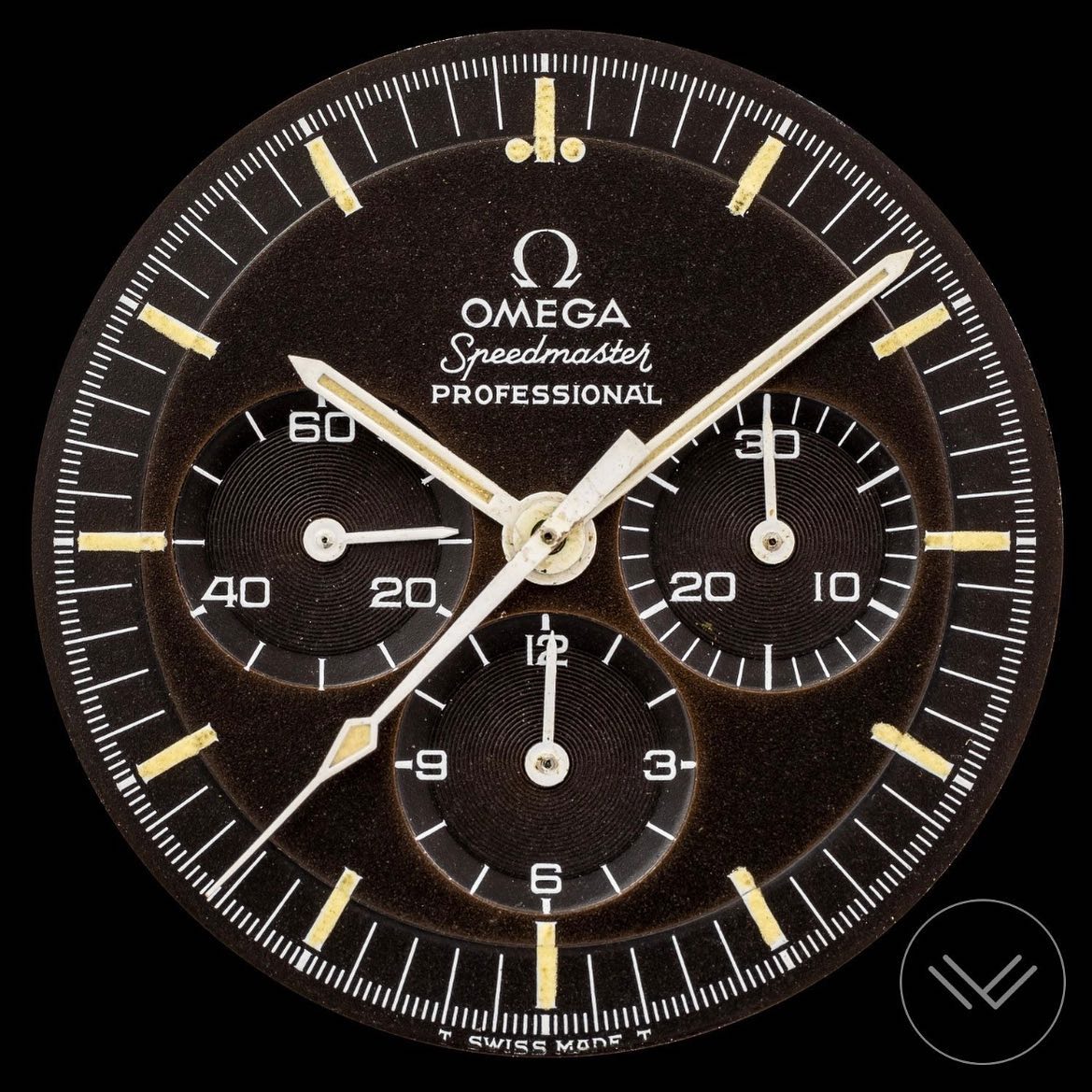 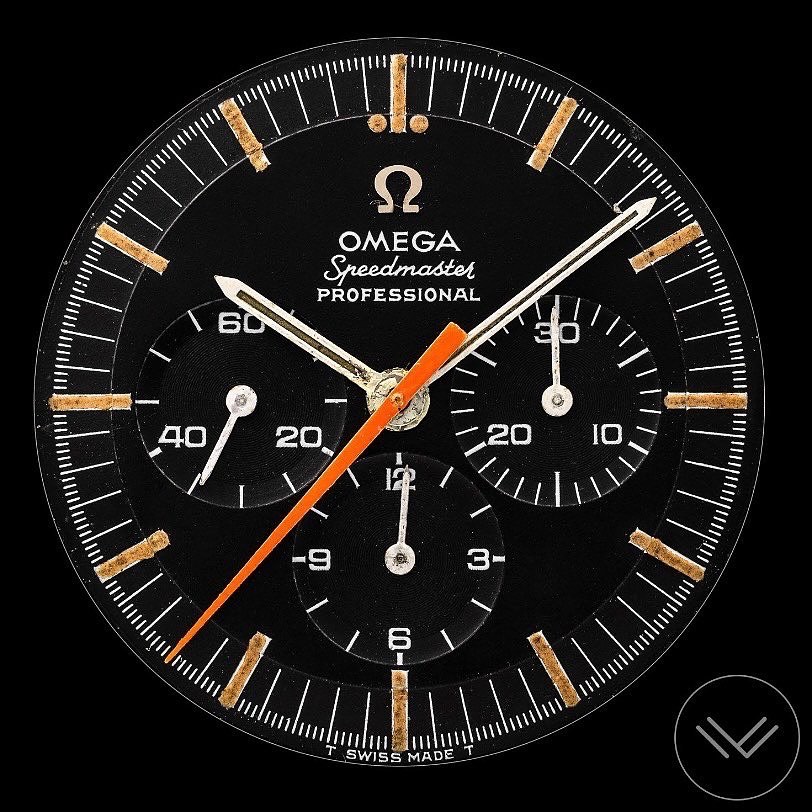 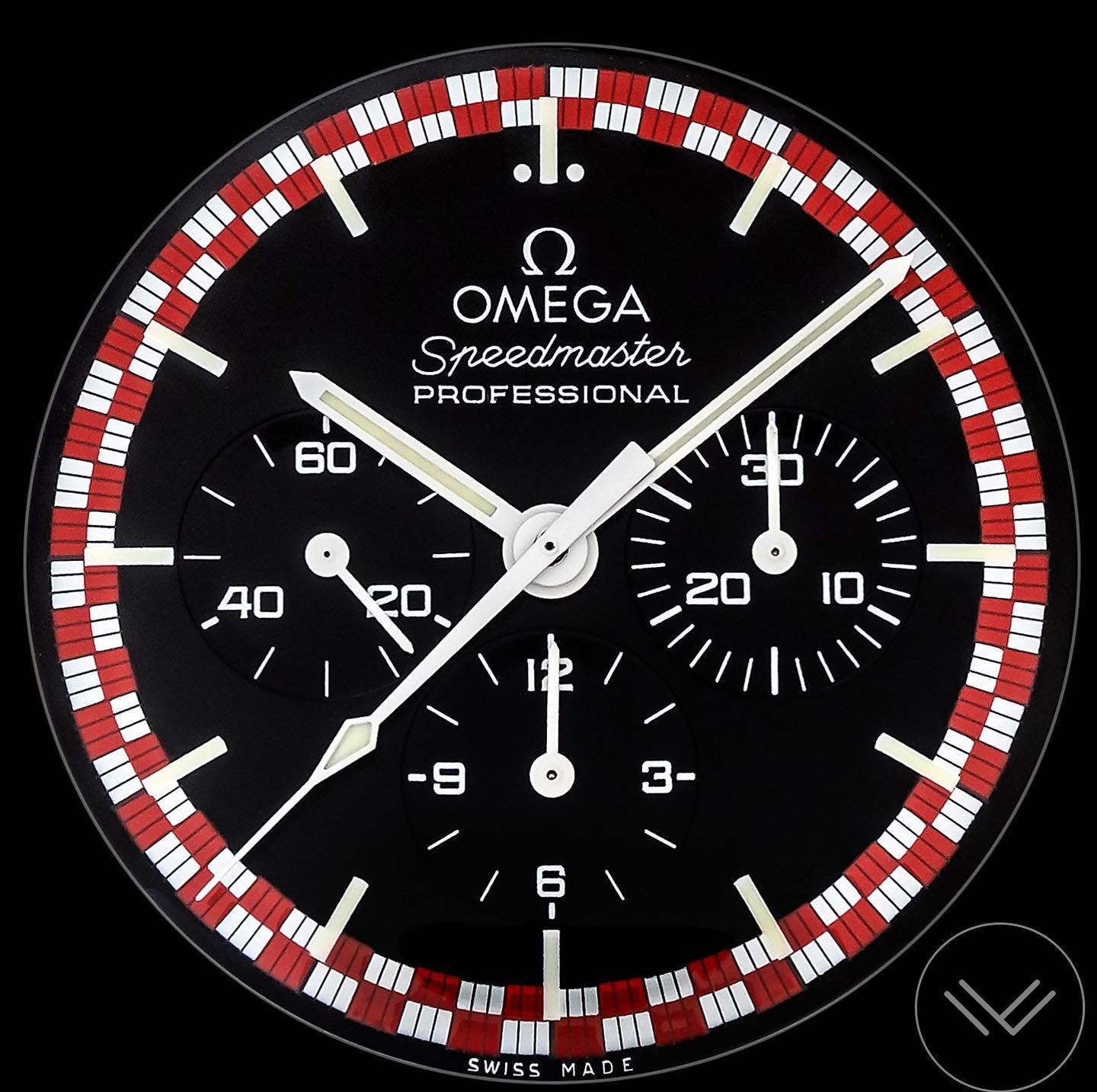 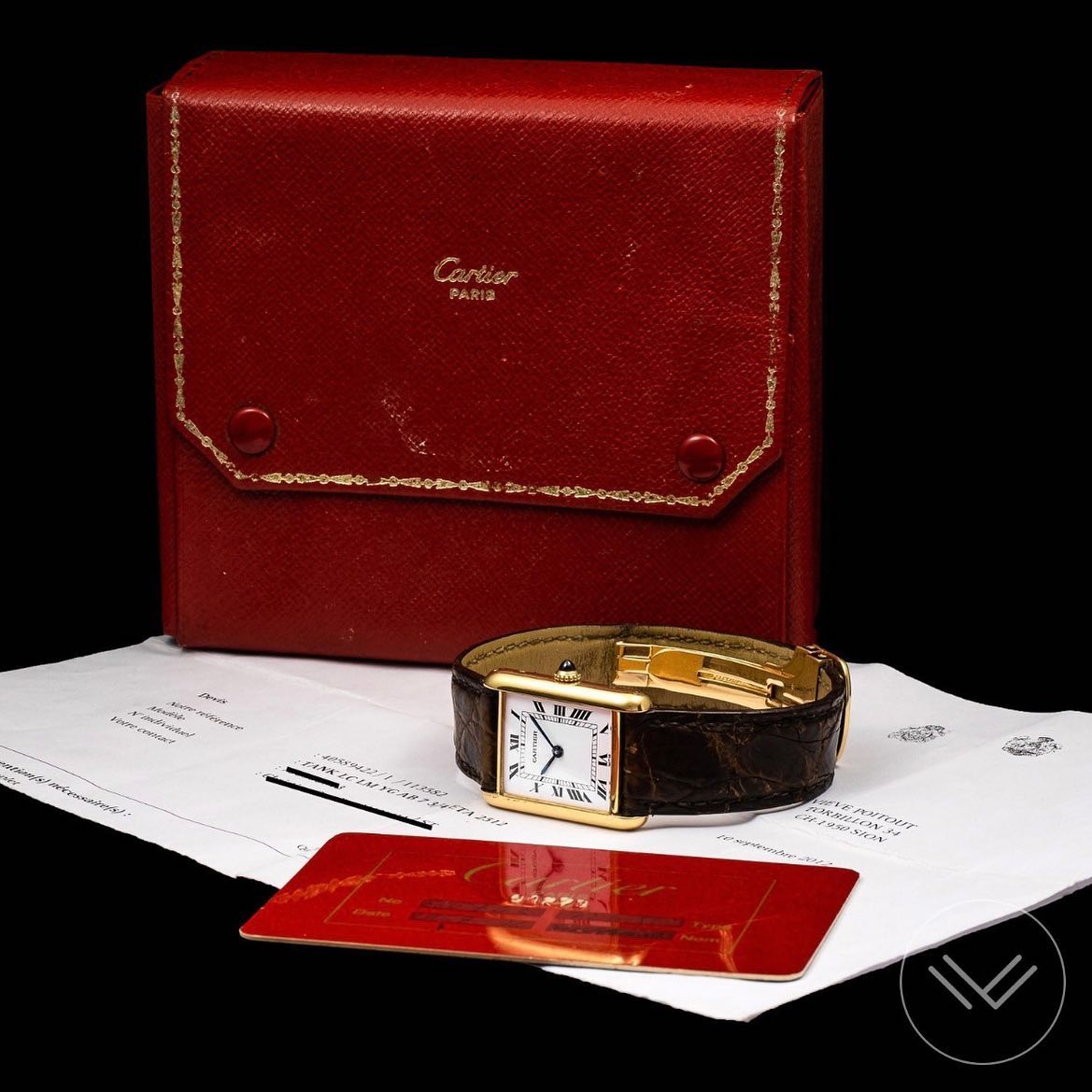 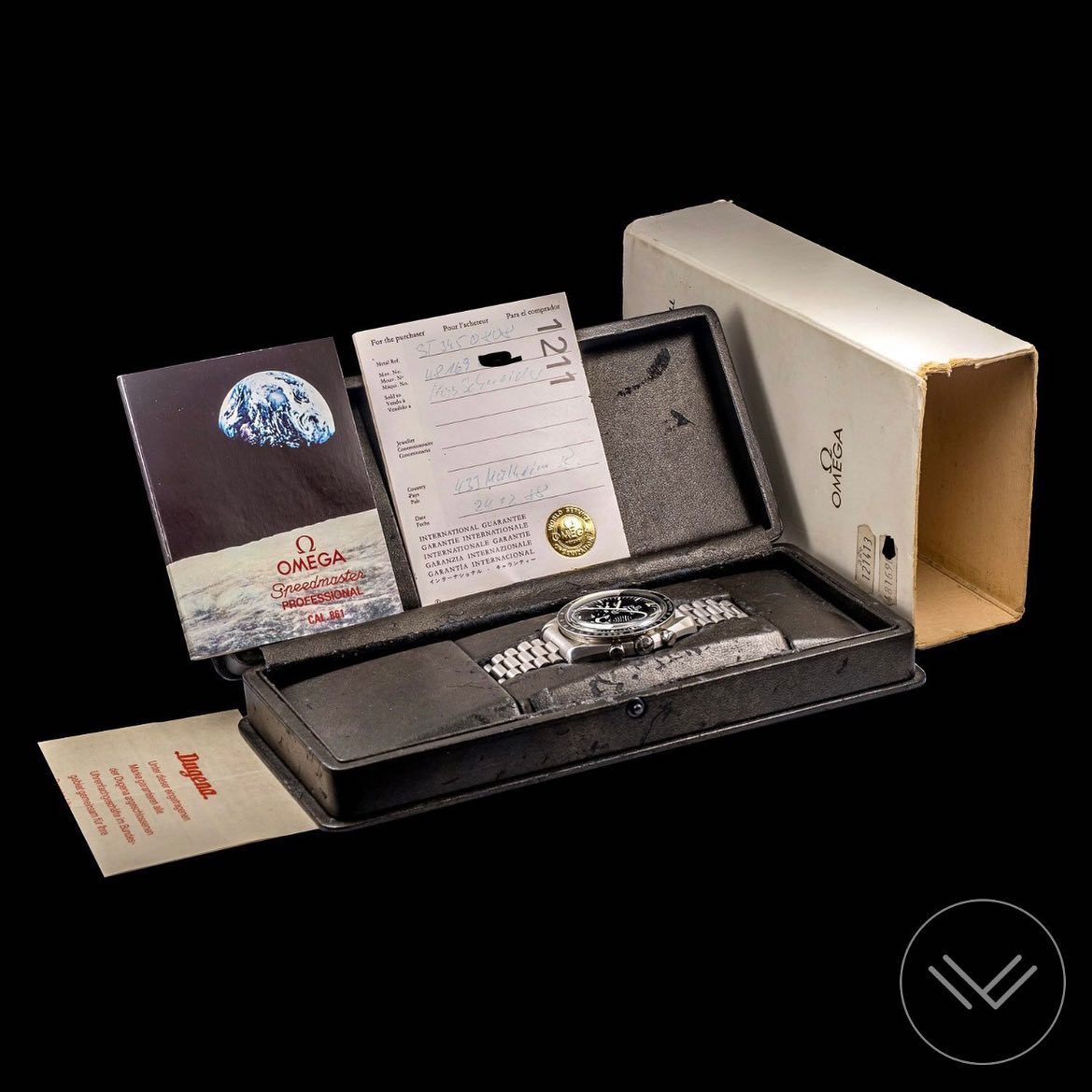 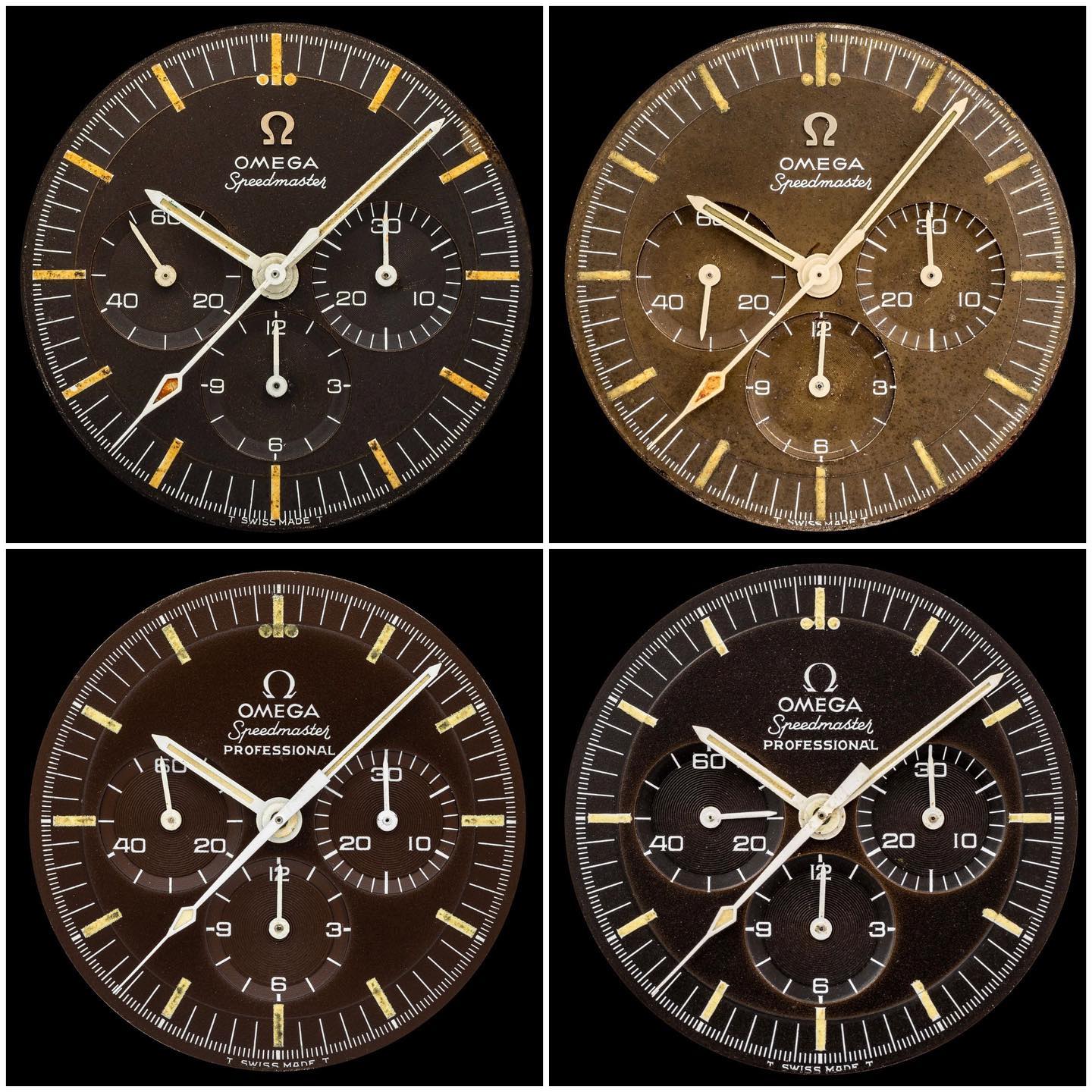 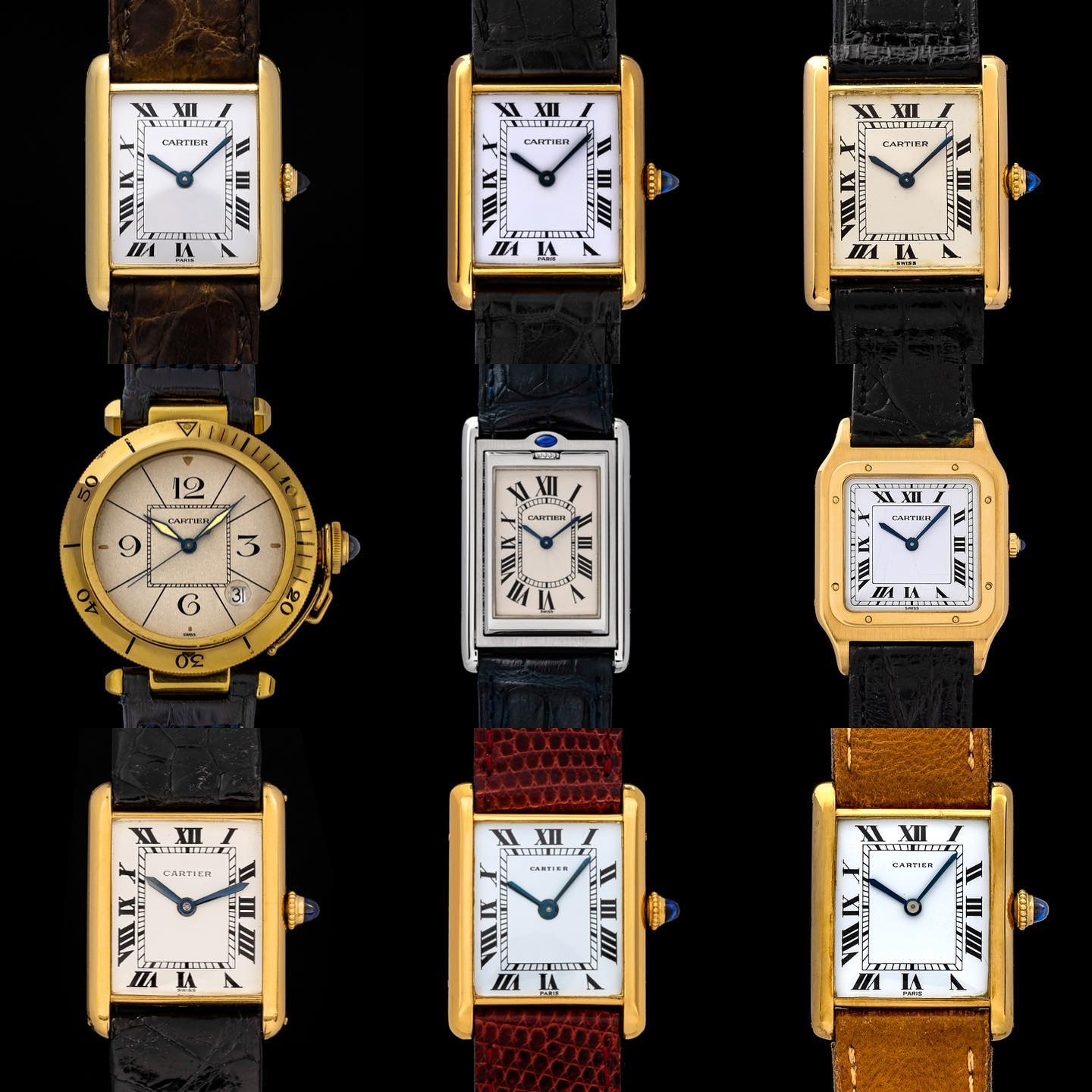 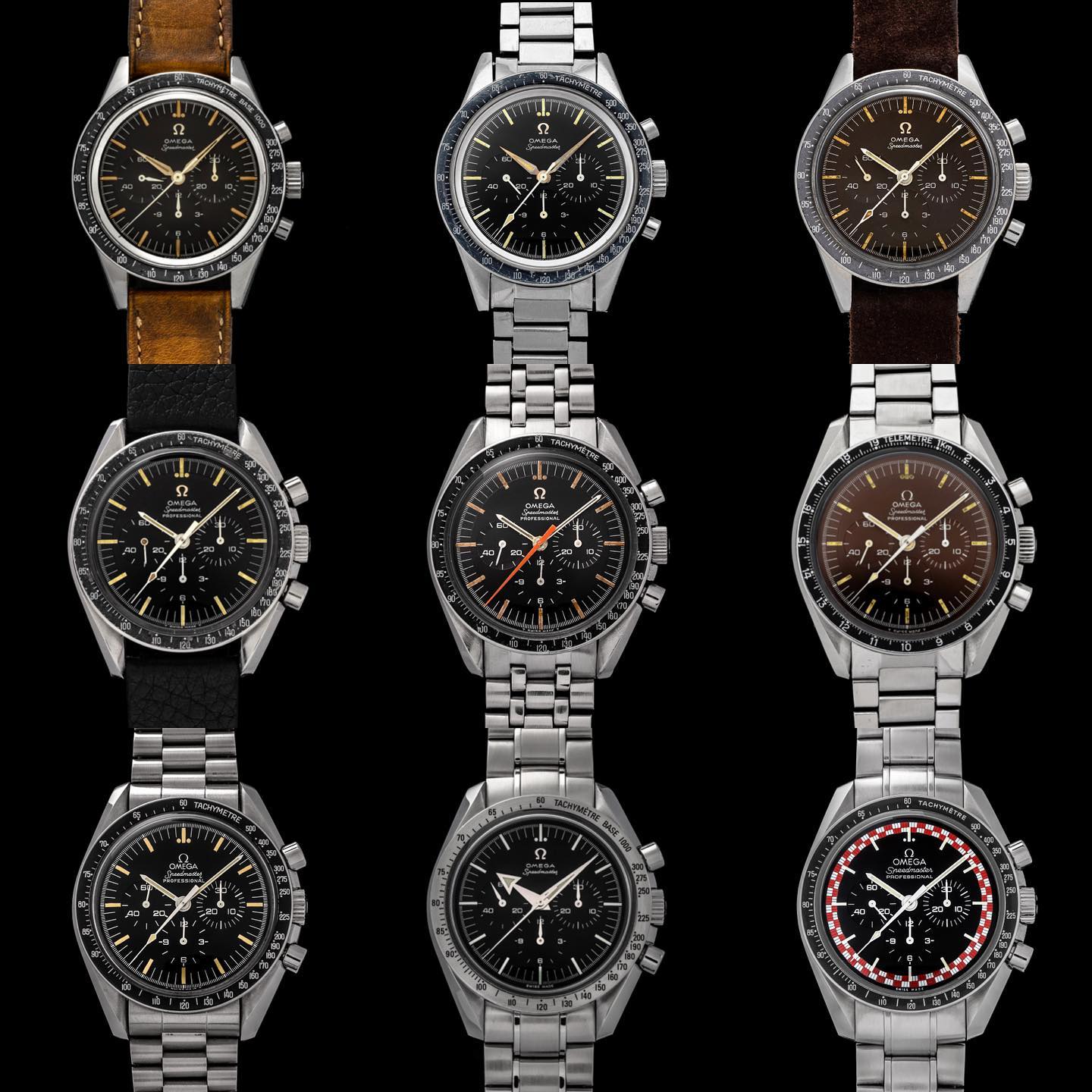